The idea of an urban beach seemed pretty odd to me when Cardiff Bay Beach first came to our city in 2013. I’m sure I wasn’t the only one wondering why on earth we would want to go to a pretend beach when we have so much of the real thing so close to home.

However, the Cardiff Bay Beach has certainly captured people’s imaginations and been a massive success the last five years, attracting a quarter of a million visitors in 2017 alone. In fact, it’s been so successful that this year it has moved to a bigger site and has more rides and attractions than ever before.

We were excited to be among the first to check it out on its opening weekend and put it to the test on a family outing. 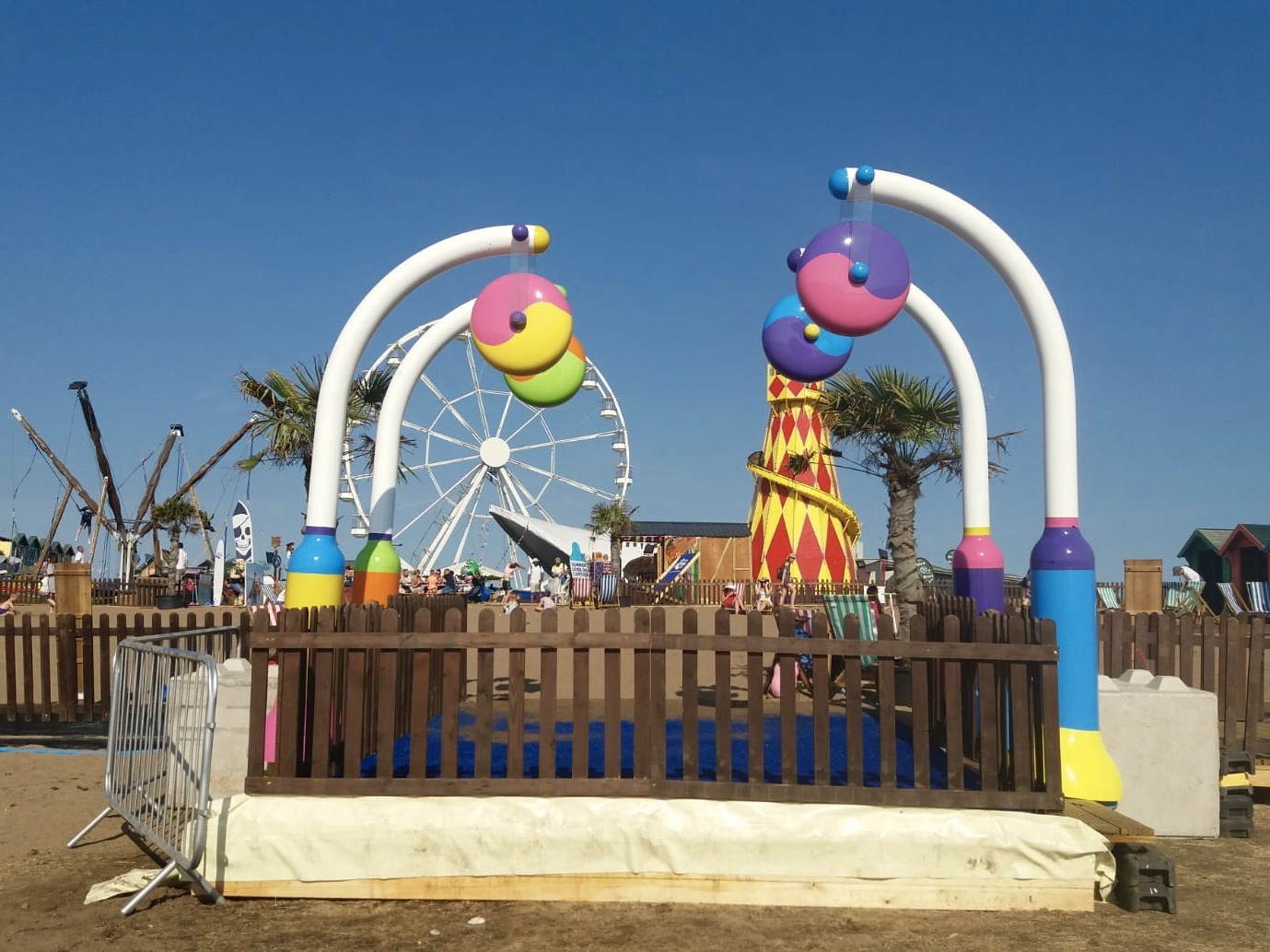 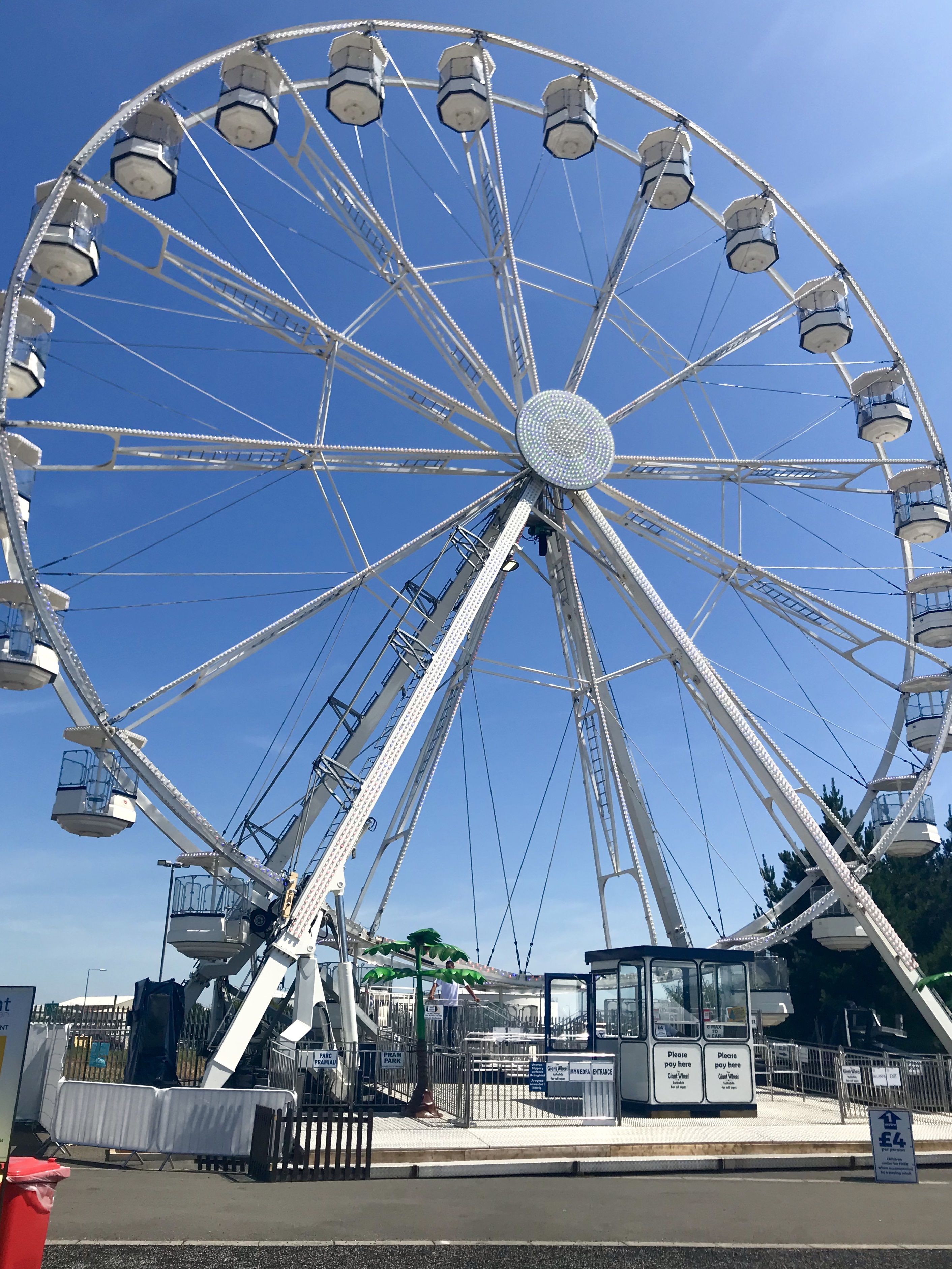 The new location – on Alexandra Head, a newly developed site on Cardiff Bay Barrage which was recently used for the Volvo Ocean Race Village – works really well. In fact it’s a great decision because even though it’s more of a trek from the beach’s previous home on Roald Dahl Plass, outside Wales Millennium Centre, it is so much more spacious. The previous site was a victim of its own success and often felt over-crowded.

There’s no parking on site. You might get lucky around the Norwegian Church, although these spaces have a three-hour time limit. We parked at Q-Park, the multi-story behind Wales Millennium Centre, which has an hourly rate. Up to four hours will cost £6.50 and up to six hours will cost £8. 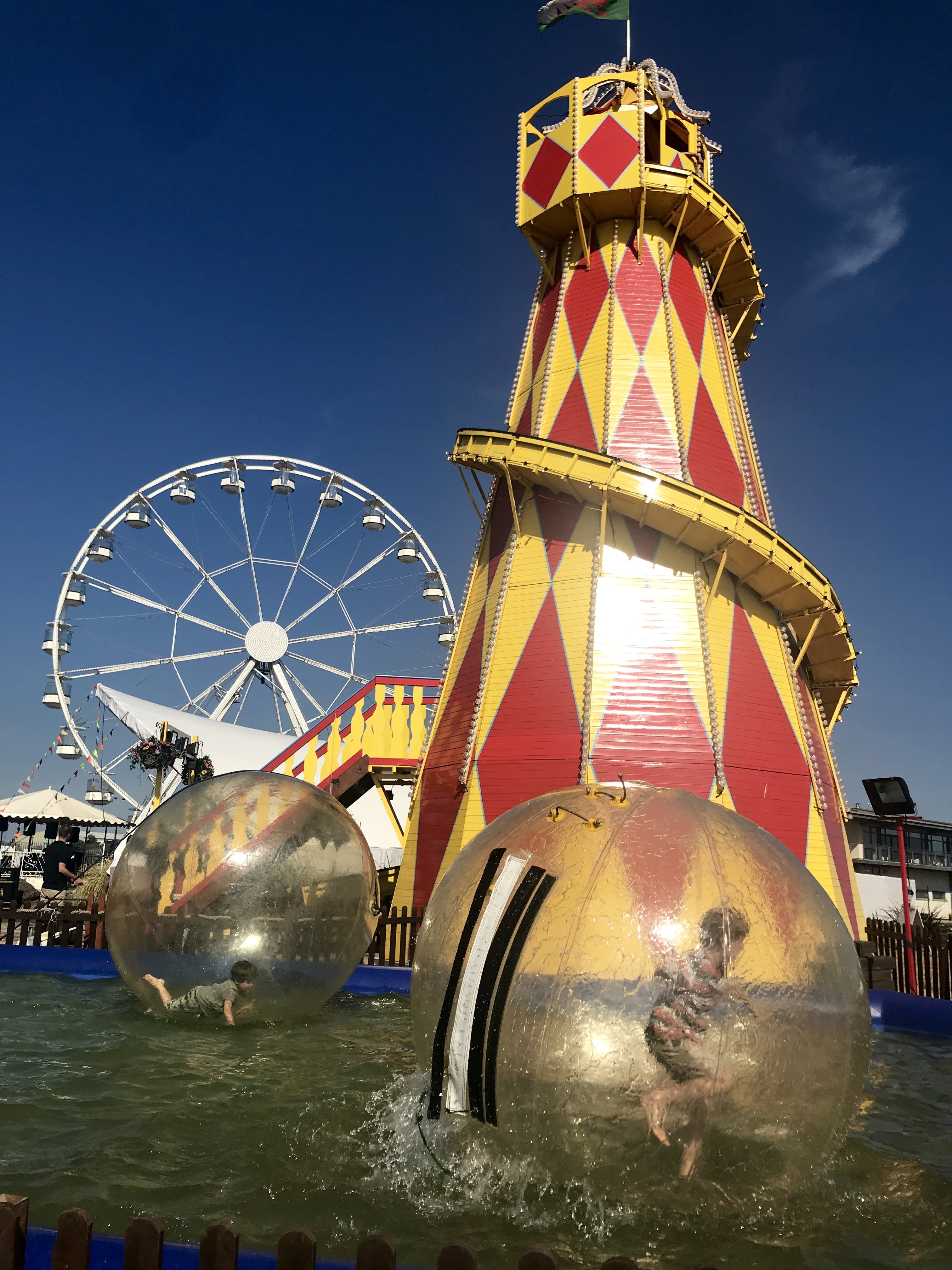 It took us around 10 minutes to walk there. A land train will be in operation from later this week, transporting visitors from Mermaid Quay to the beach – although it wasn’t up and running the day we visited unfortunately.

The Capital FM Cardiff Bay Beach Festival, as it’s officially called, stretches from Alexandra Head to the children’s playground area and outdoor gym on the Barrage. The one slight downside to the location is if you’re planning a cheap day out at the Barrage, as it’s difficult to avoid seeing all the rides and attractions.

Walking from the Cardiff Bay side of the Barrage, the first thing we saw was the fairground area. It’s so much bigger than previous years and has an excellent choice of rides for all ages – from toddler merry-go-rounds to white knuckle rides, including Top Scan and The Beast, as well as Mission Space, a 40-ft tall sky swing, and Magic Mouse roller coaster. 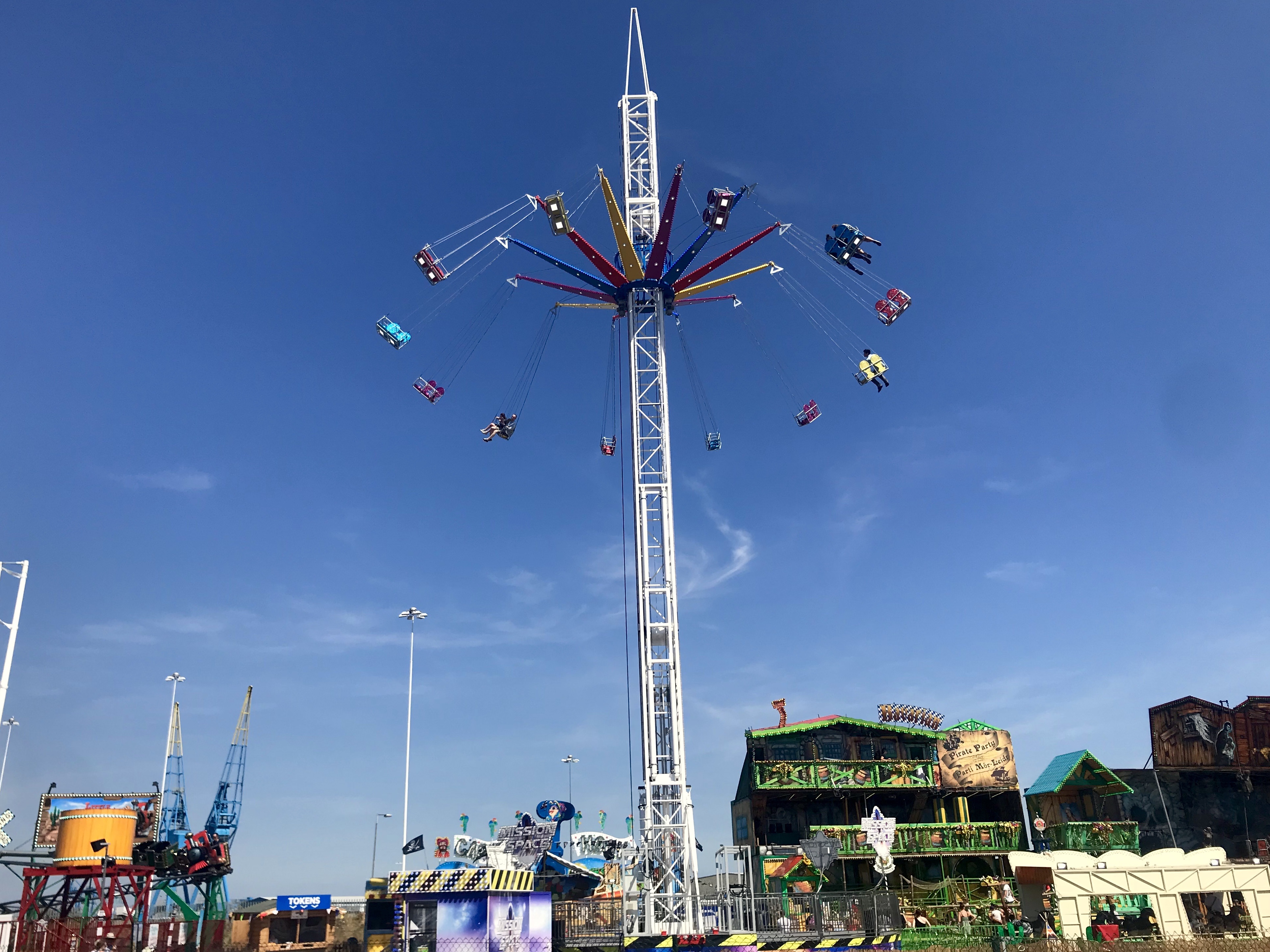 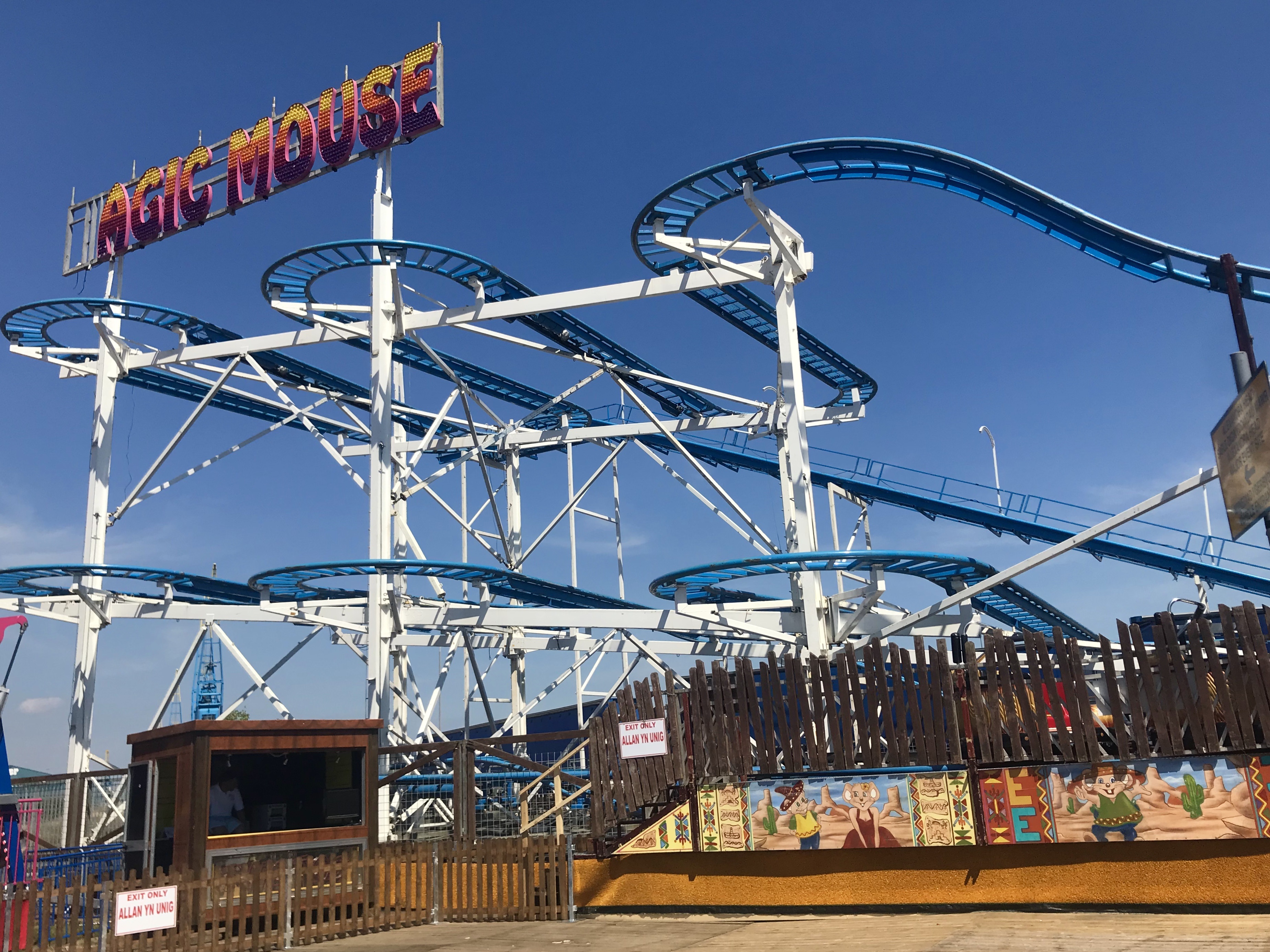 I must admit I’m quite glad my children are still young because I’m not sure I would have been brave enough to go on any of them!

My eight, six and four year olds all loved the Fun House (the same one that has appeared at Cardiff Bay Beach in previous years as well as at Winter Wonderland); the Cars ride, Captain Hook’s pirate ship, the dodgems and a Toy Story/Wild West themed horse ride which saw them galloping off around the track. They found the Ghost Train too scary although personally I didn’t think it was overly spooky. 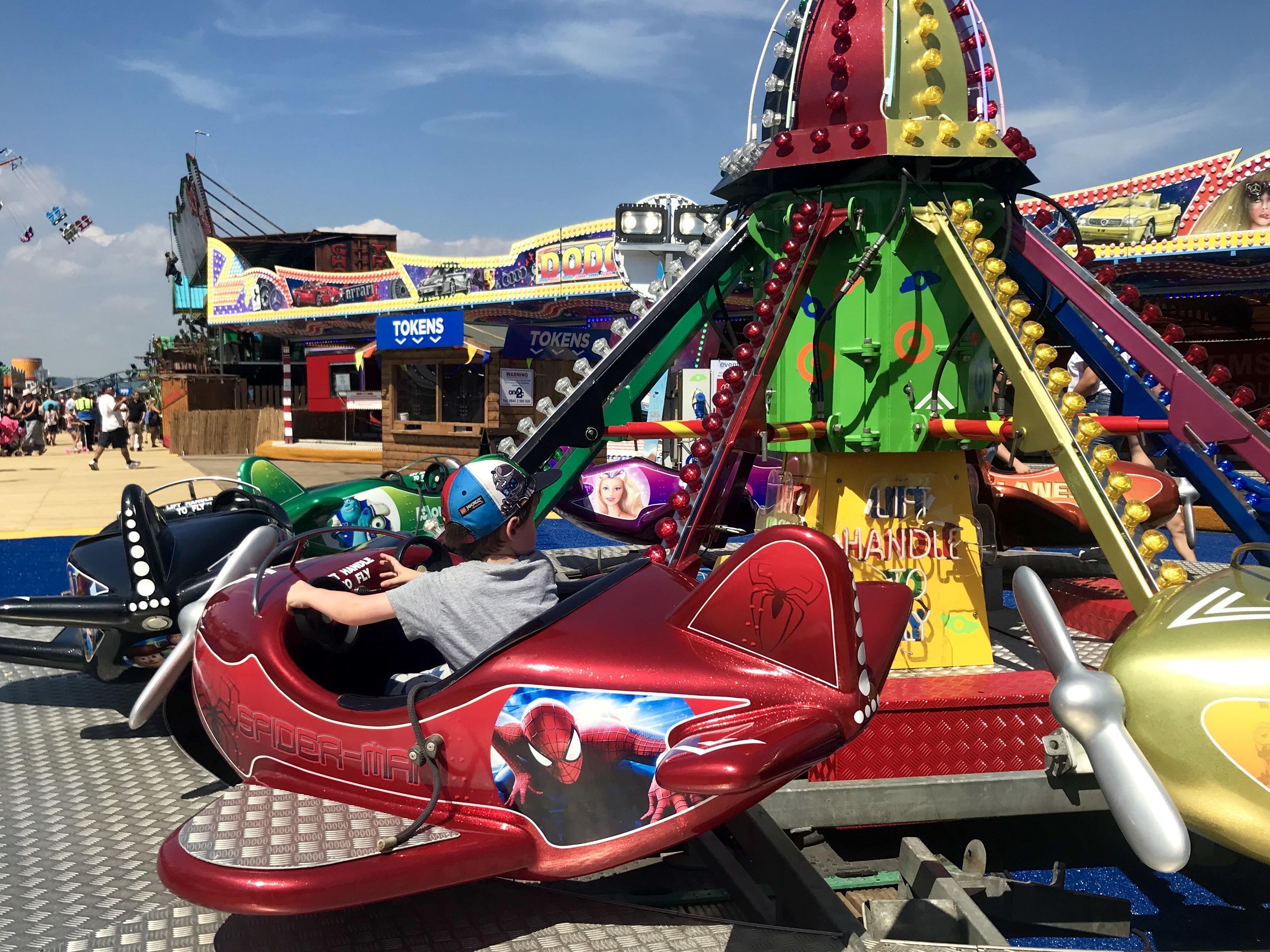 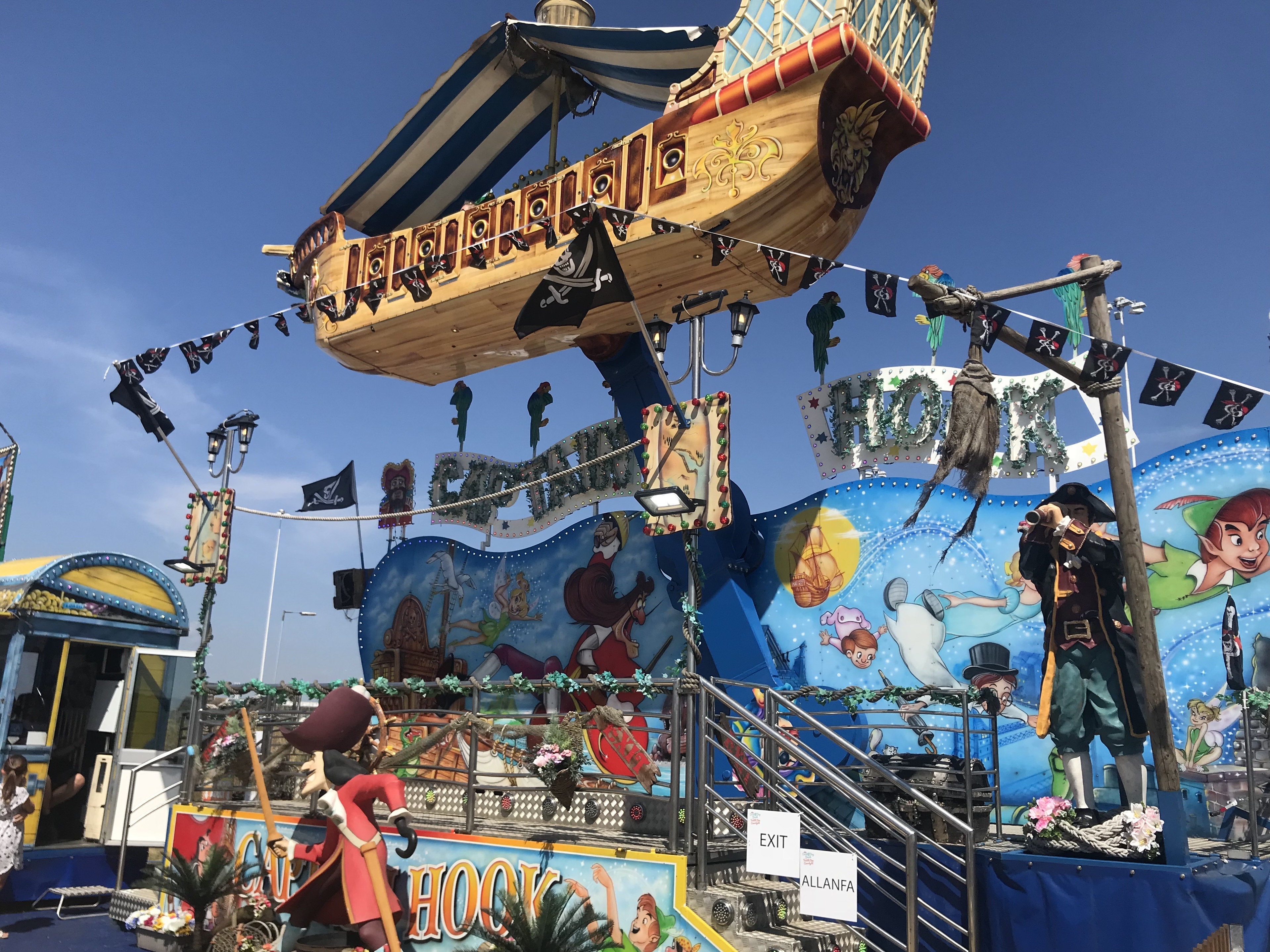 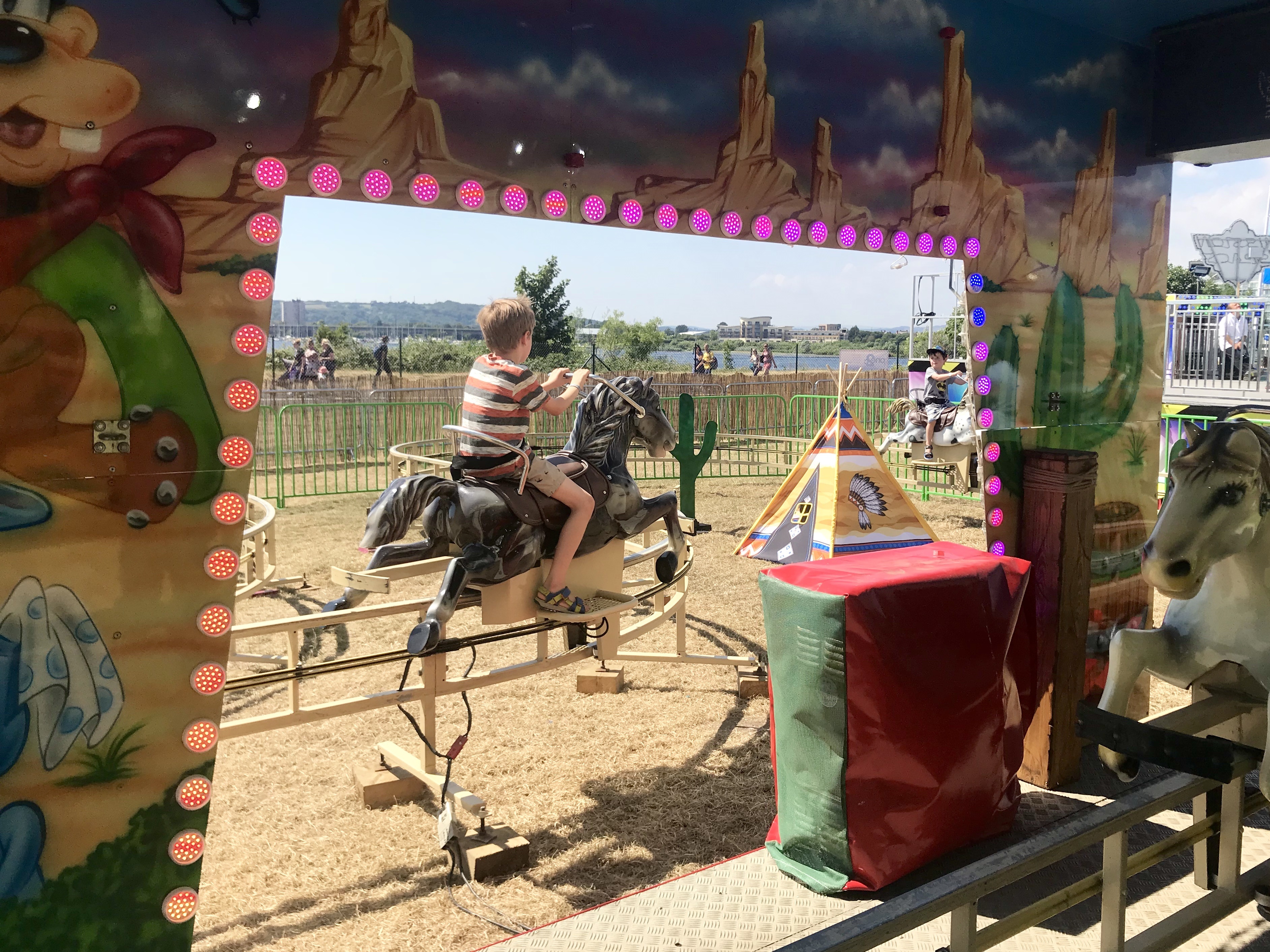 You’ll need to buy tokens to go on the rides. These cost £1 each with rides needing between two and four tokens. There are cash points in the middle of the funfair.

We were kindly treated to lunch in the street food area which is home to several food shacks, an ice cream and slushy parlour, and The Tropical Bay Bar, serving alcoholic slushy cocktails, among other refreshments. The Cardiff Bay Grill shack had children’s meals for £4 including a Fruit Shoot. Miss E, my eight-year-old daughter, had fish fingers and chips while her brothers had burgers and chips. The veggie and vegan choices were limited, but I managed to find a vegetable burger. Cardiff Daddy opted for a cheese toastie – but I think he had food envy when he saw someone else eating something from The Jerk Shack. 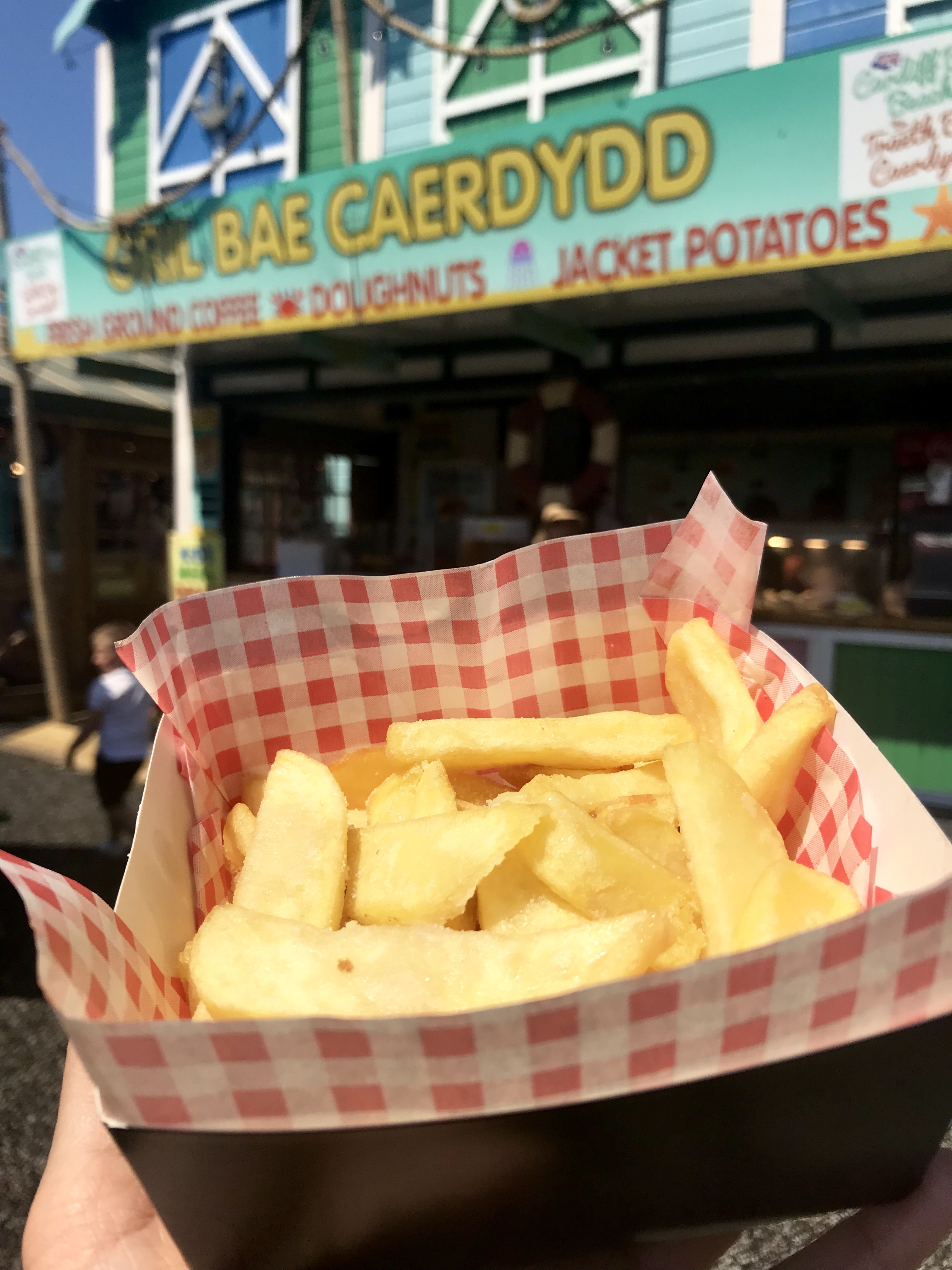 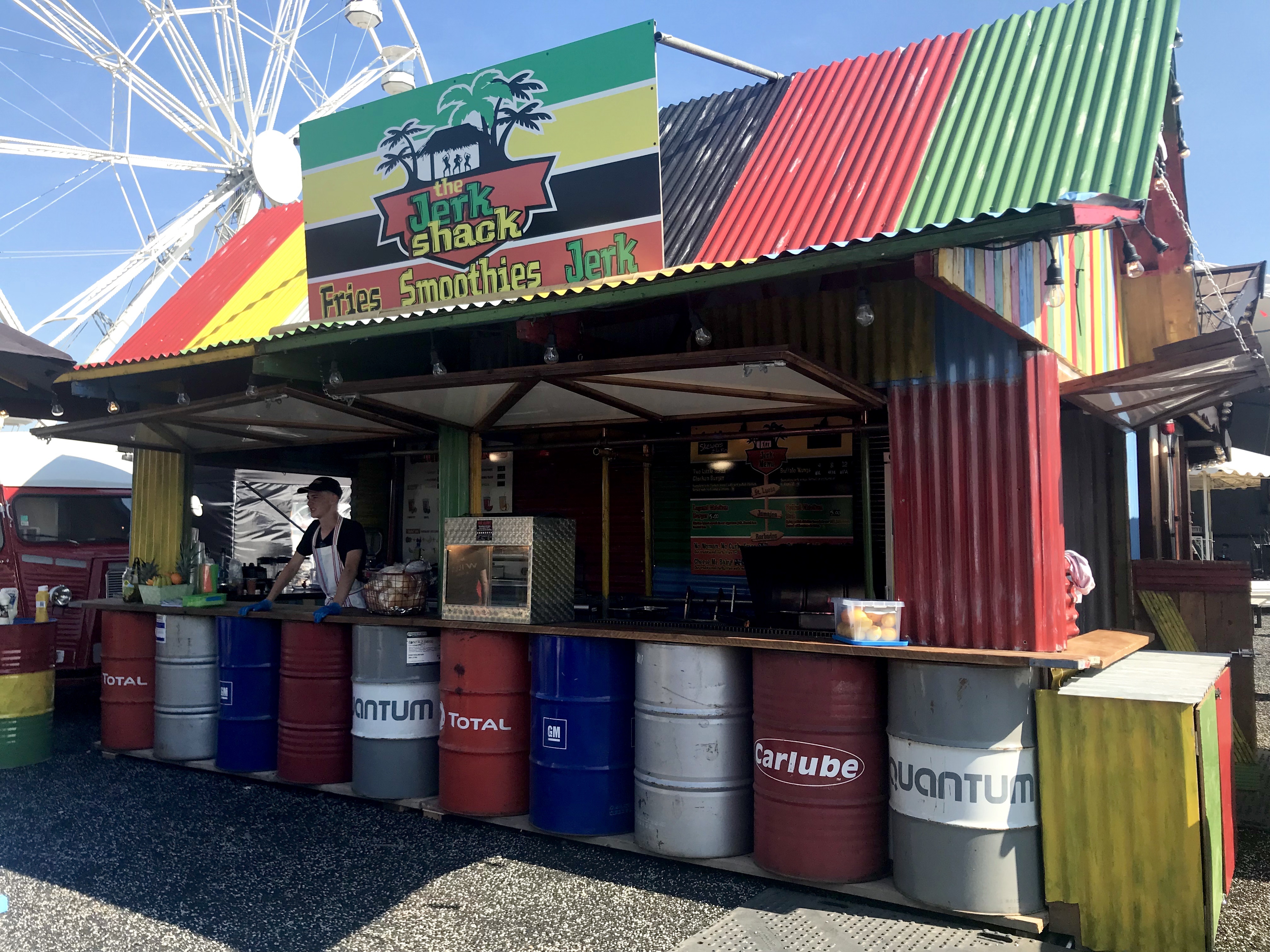 There’s seating outside the street food area for customers (plus picnic tables if you bring your own food) – but given how hot it was we sat inside the marquee. This was surprisingly cool with plenty of seating, a big screen showing cartoons for the children, games including giant Connect 4, and a bandstand where a Disney princess was singing and entertaining the children. She will be there every Saturday afternoon from 2pm plus Mondays from 2pm when the schools have broken up.

There’s very little shade on the site but we found the marquee a great place to cool down and escape from the sun when the children were getting hot and bothered. The marquee will host entertainment over the summer including live music, DJs from Radio Cardiff, children’s entertainment and film screenings. Full details will be posted on the Cardiff Bay Beach social media sites. 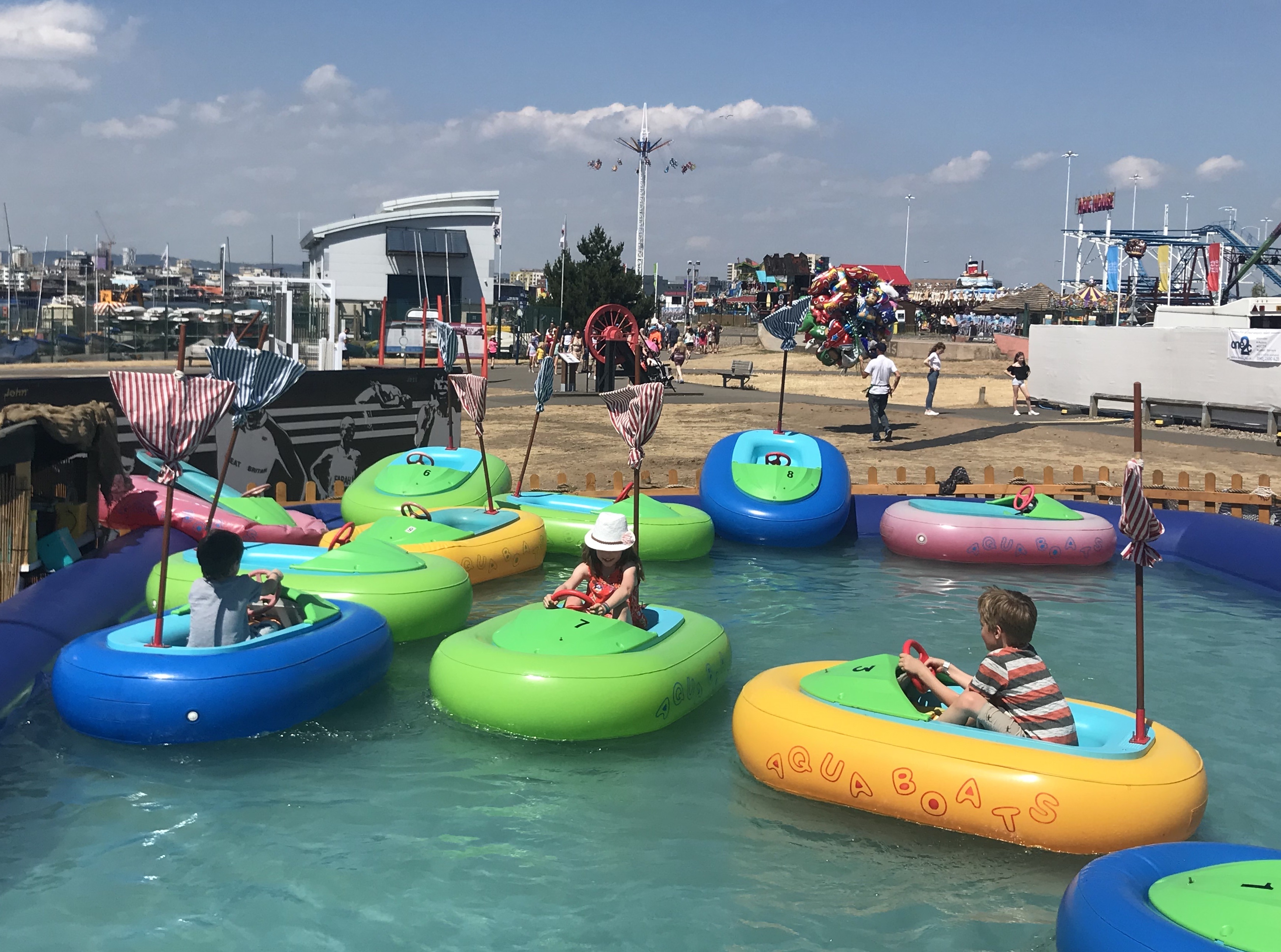 The highlight for me was the Big Wheel which remains in place after success at the Volvo event. It’s £4 per person so definitely not cheap if you have a family, but the views across Cardiff Bay are absolutely incredible, especially on a clear day as it was when we visited. 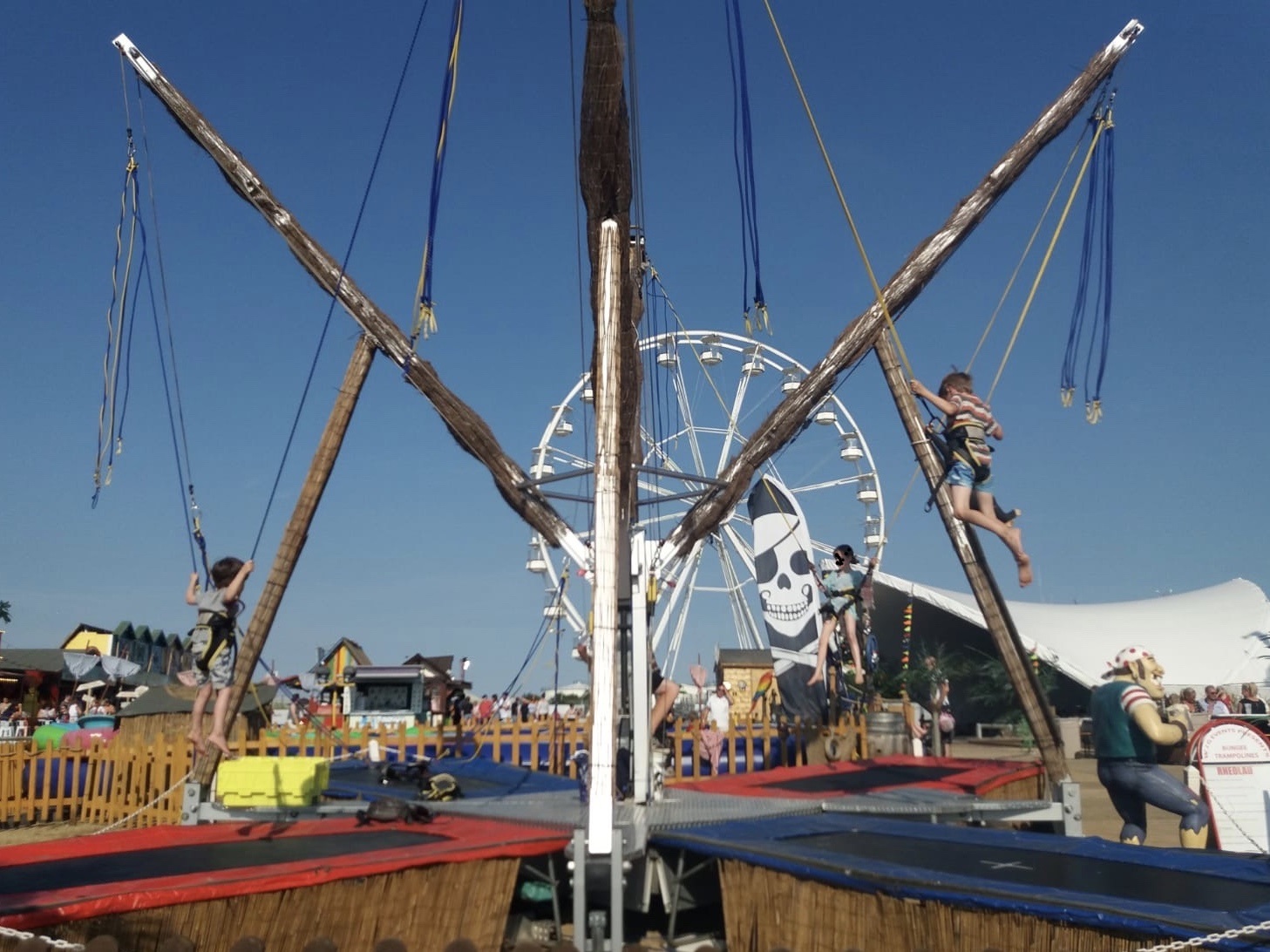 There’s a small crazy golf area plus a few more attractions in the beach area including a traditional helter skelter, water boats, bungee trampolines, and water balls. My children absolutely loved this area, in particular the water balls – inflatable balls which you stand inside and which enable you to feel as though you are walking across the water. 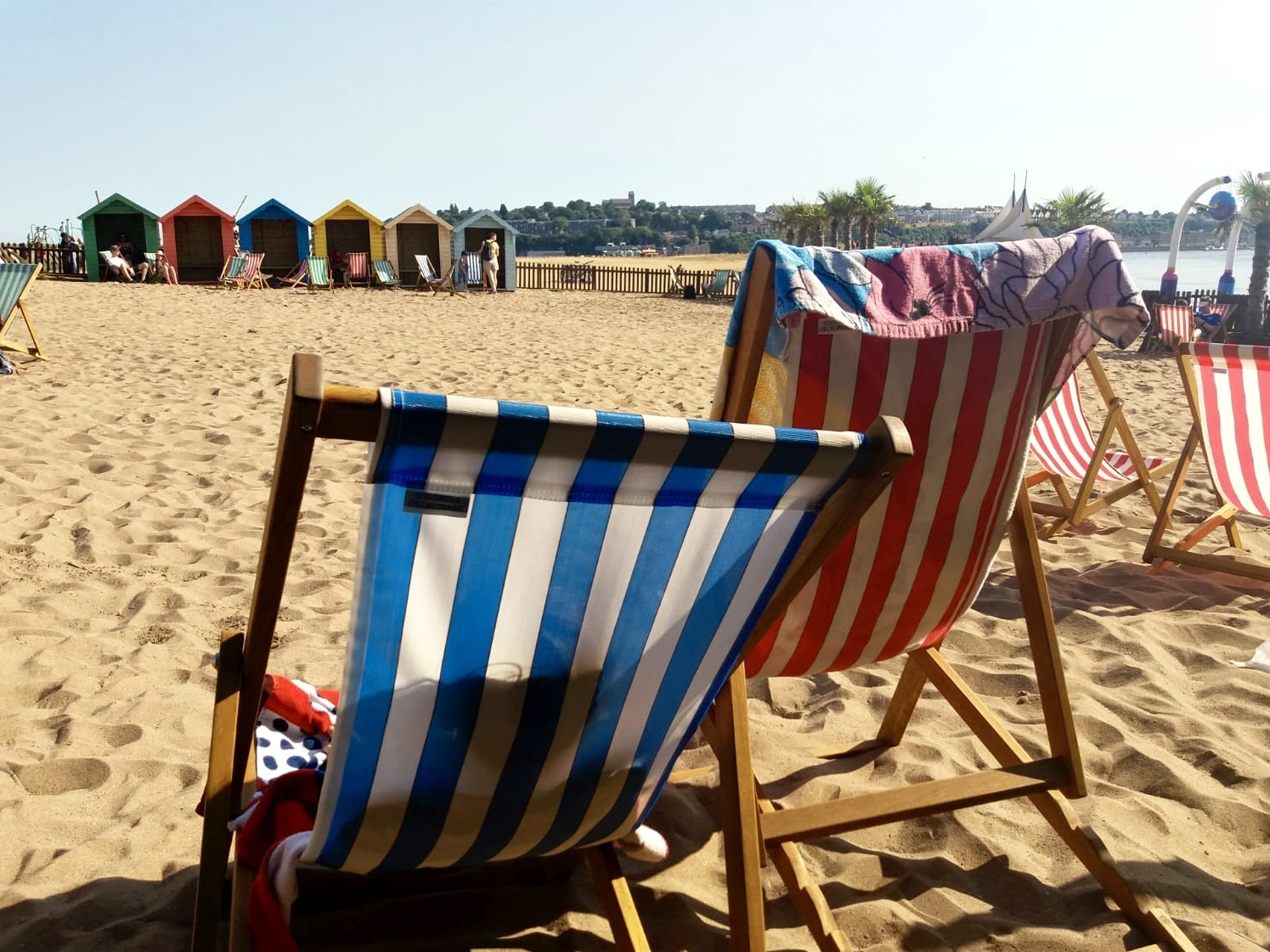 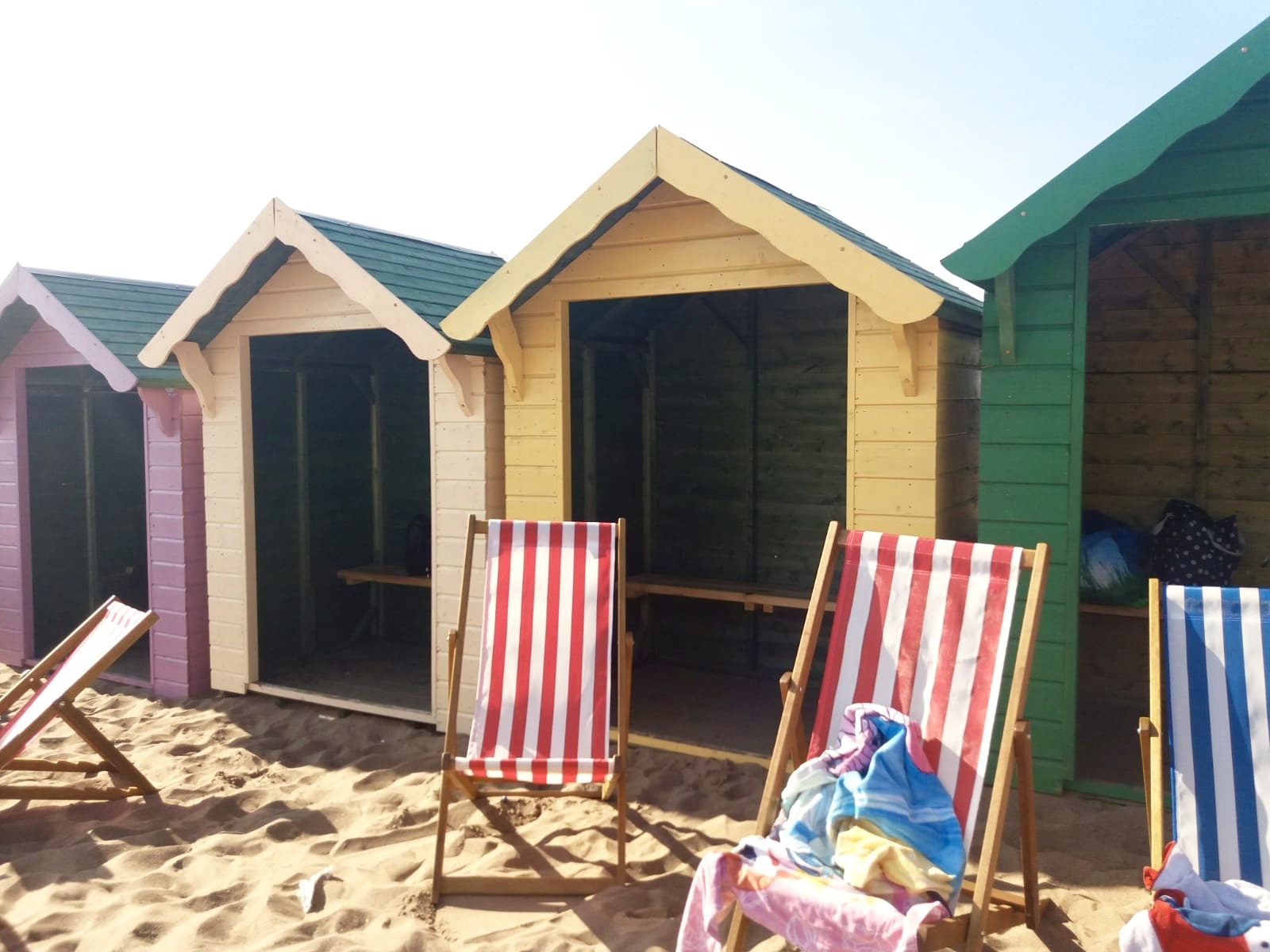 The beach itself was made with 500 tonnes of sand and overlooks the water. It doesn’t quite have the dramatic impact it might have had because the usually green grass around the Barrage is dried and brown due to the heatwave so currently the sand and ‘grass’ all blends into one. But it looks so beach-like, lined with palm trees and 12 brightly coloured beach huts, which are free to use, plus plenty of deck chairs. 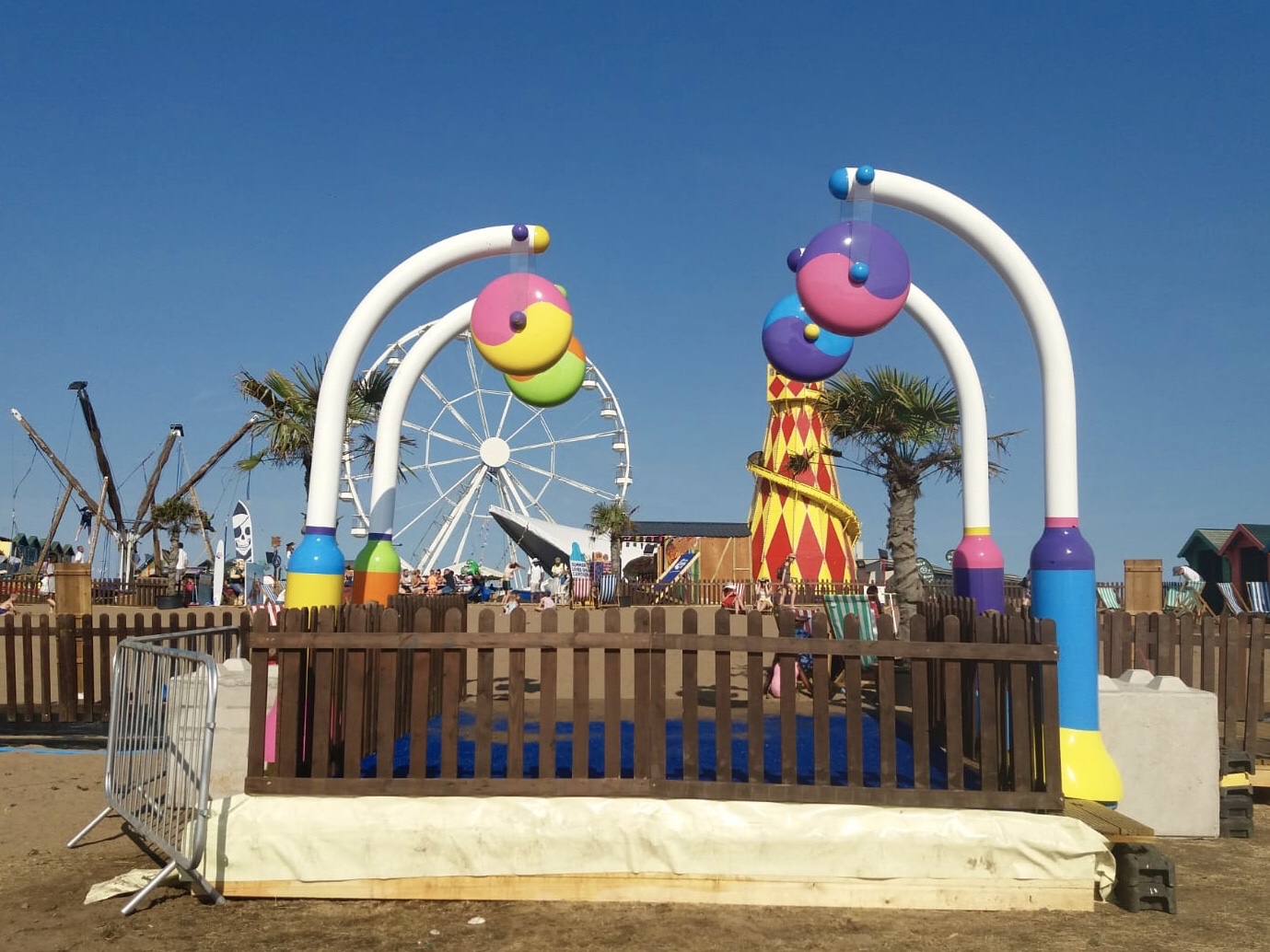 There’s a water spray feature between the sand and the water of the Bay. This operates from 12pm-5pm every day and will stay open later on hotter days, although it had been switched off for the day by the time we got to it just after 5pm, which was a shame because my children were in desperate need of cooling down by that point. We’d left the beach until last because the sand was uncomfortably hot during the day.

I know a lot of parents have been disappointed that there isn’t a bigger water play area at the new site. Having spoken to a representative, they have explained they have tried to make the water area more accessible to everyone with an access ramp for wheelchairs. It is also safer in extreme heat as numbers don’t have to be limited as with the pool. Plus in hot weather, a pool can get unhygienic quite quickly. 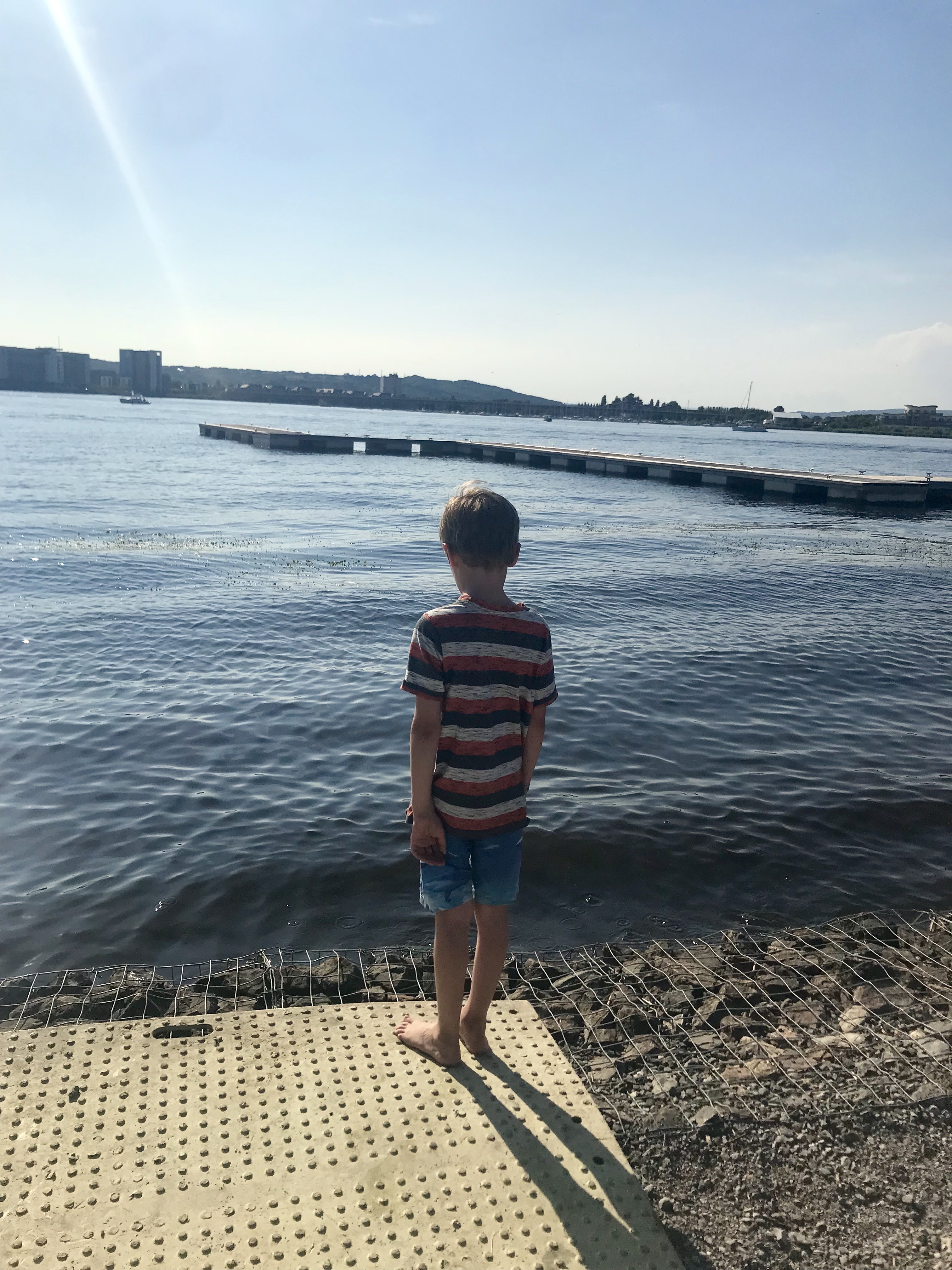 Although the beach is water-side this year options for paddling and swimming are limited by whether you’re brave enough to enter the water. Lots of people were sat on the rocky edge dangling their legs in – but I personally didn’t fancy letting my children into the water itself. 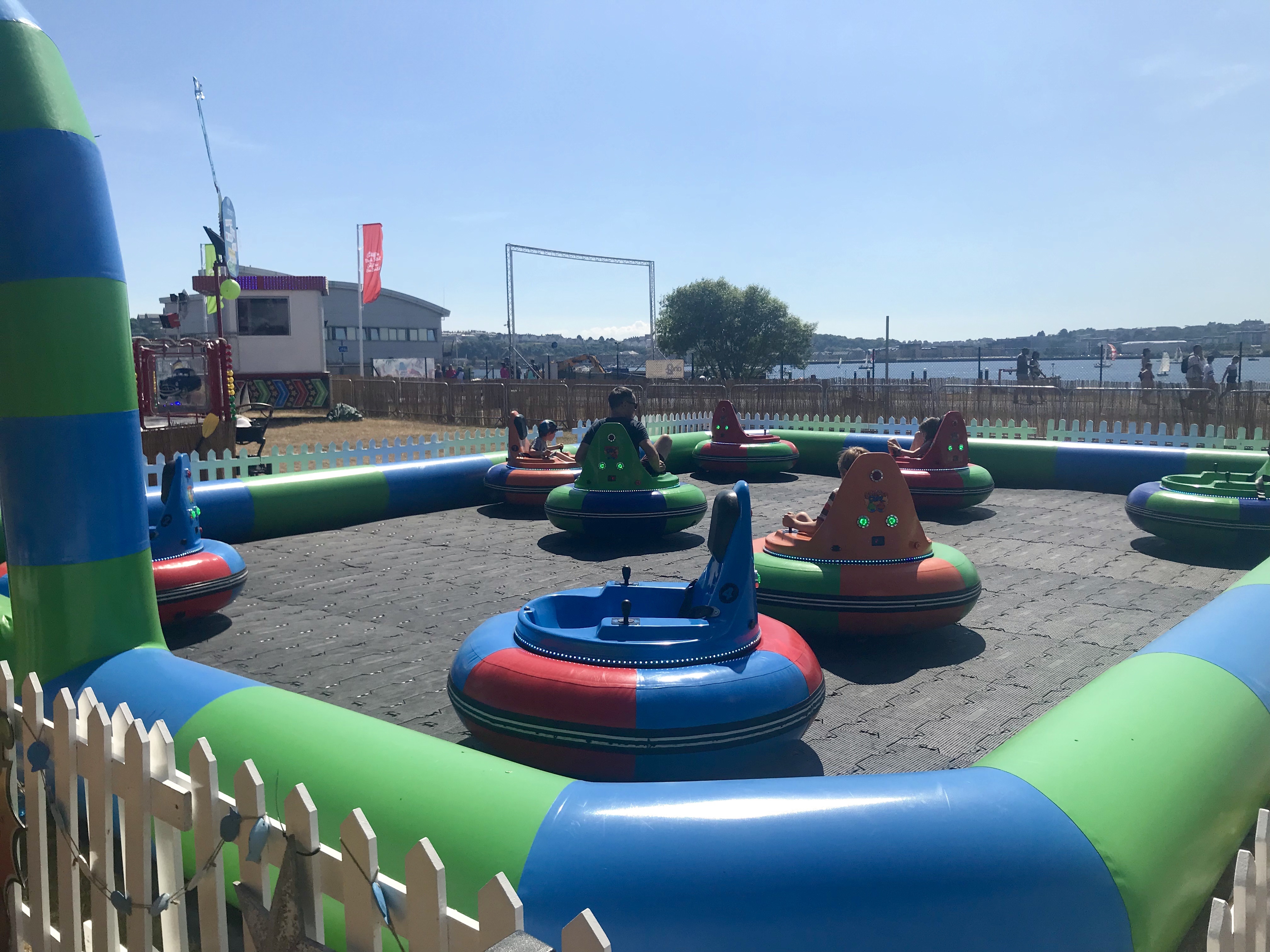 There’s no getting away from the fact that a visit to Cardiff Bay Beach can be a pricey day out. While entry to the beach, the water spray feature, and the daily entertainment are all free, the cost of the rides and food stalls all obviously add up.

But that said with the beach being so close to the skate park, pirate-themed playground, Croc in the Dock and with virtual animals you can find with the free Tiger Bay Trail app, plus plenty of picnic areas if you bring your own lunch, there’s enough to make a full and inexpensive day of it with the rides being an added extra summer treat.

Have you visited Cardiff Bay Beach yet? Let me know in the comments below, on the Cardiff Mummy Says Facebook page, or you can tweet me on @cardiffmummy 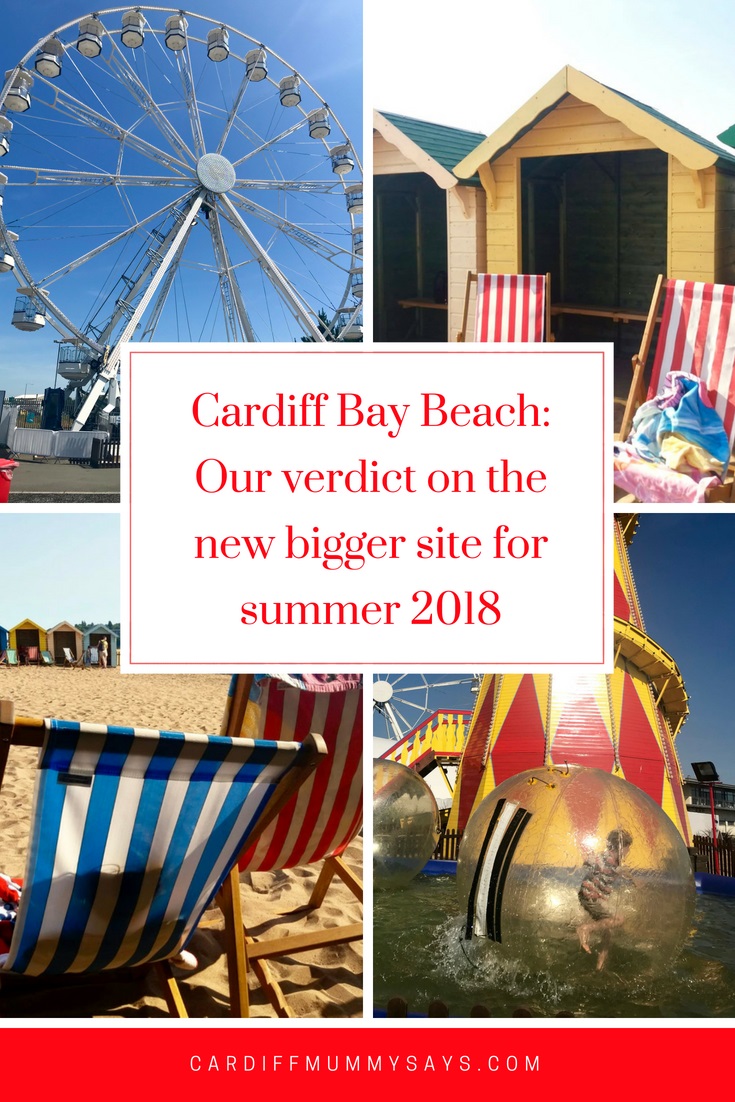