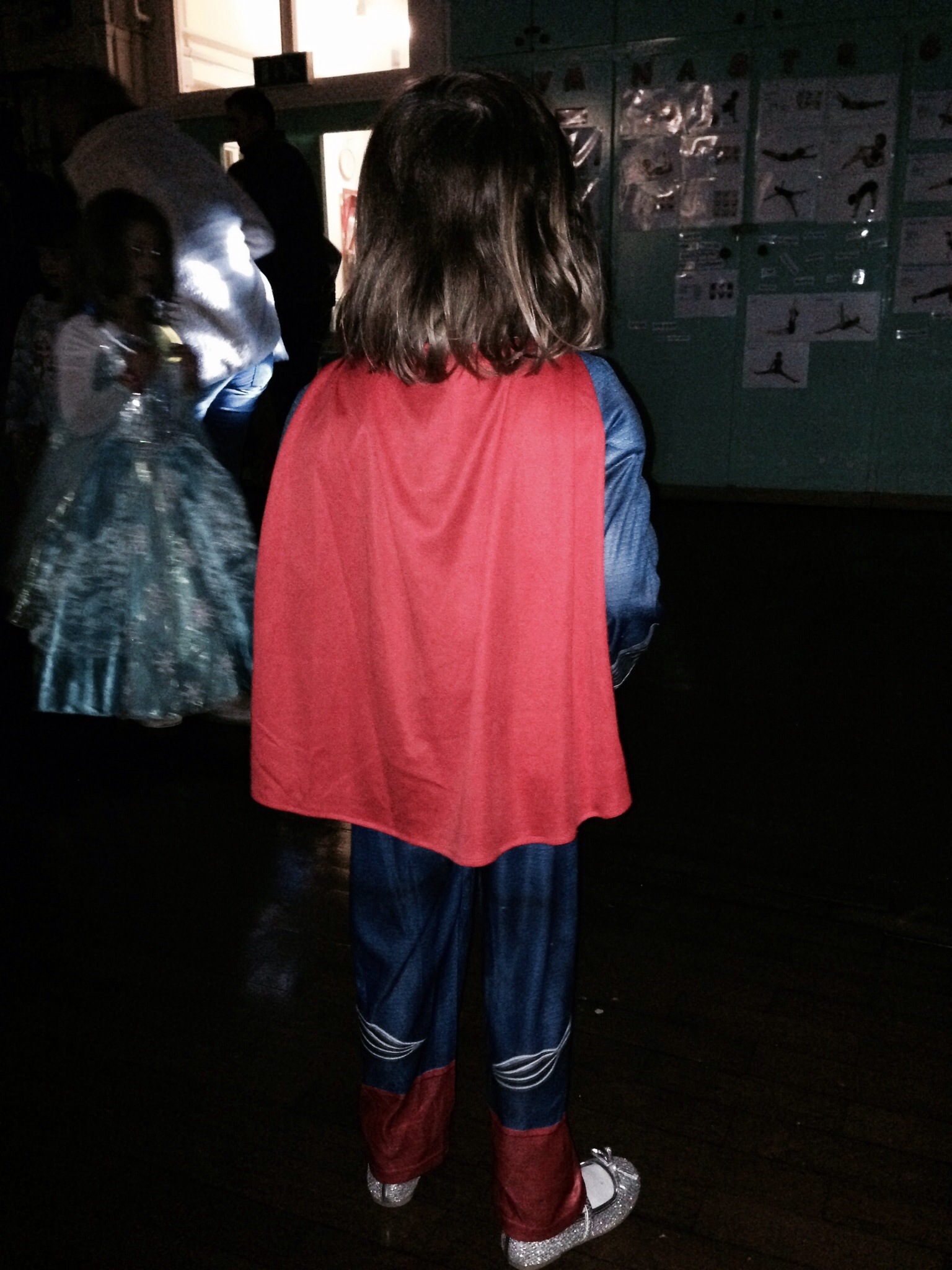 They’d only been dressed ten minutes before it started.

‘Mummy, why can’t I be Supermanboy today? I don’t want to be Batboy.’

Me: ‘Because that’s what your sister is wearing and my powers to magic up another outfit don’t seem to be working this morning.’

Then almost five-year-old SuperGirl; ‘Mummy, I need a wee but I can’t undo my costume.’
‘Wait a moment, I’m just changing BatBaby’s nappy.’
‘Quick, Mummy. Quick, I really need to go. Mummmmeeeee.’
‘Hang on, I’m coming. My powers to be in two places at once don’t seem to be working right now.’
I put BatBaby down and race to help SuperGirl.
‘Wahhh.’ It’s BatBaby.
‘BatBoy, don’t do that to your brother. He doesn’t like it.
I said. He. Doesn’t. Like. It.’
—
So this is life as a mummy to three superheroes. Turns out it’s not that different to life as mummy of three regular children. 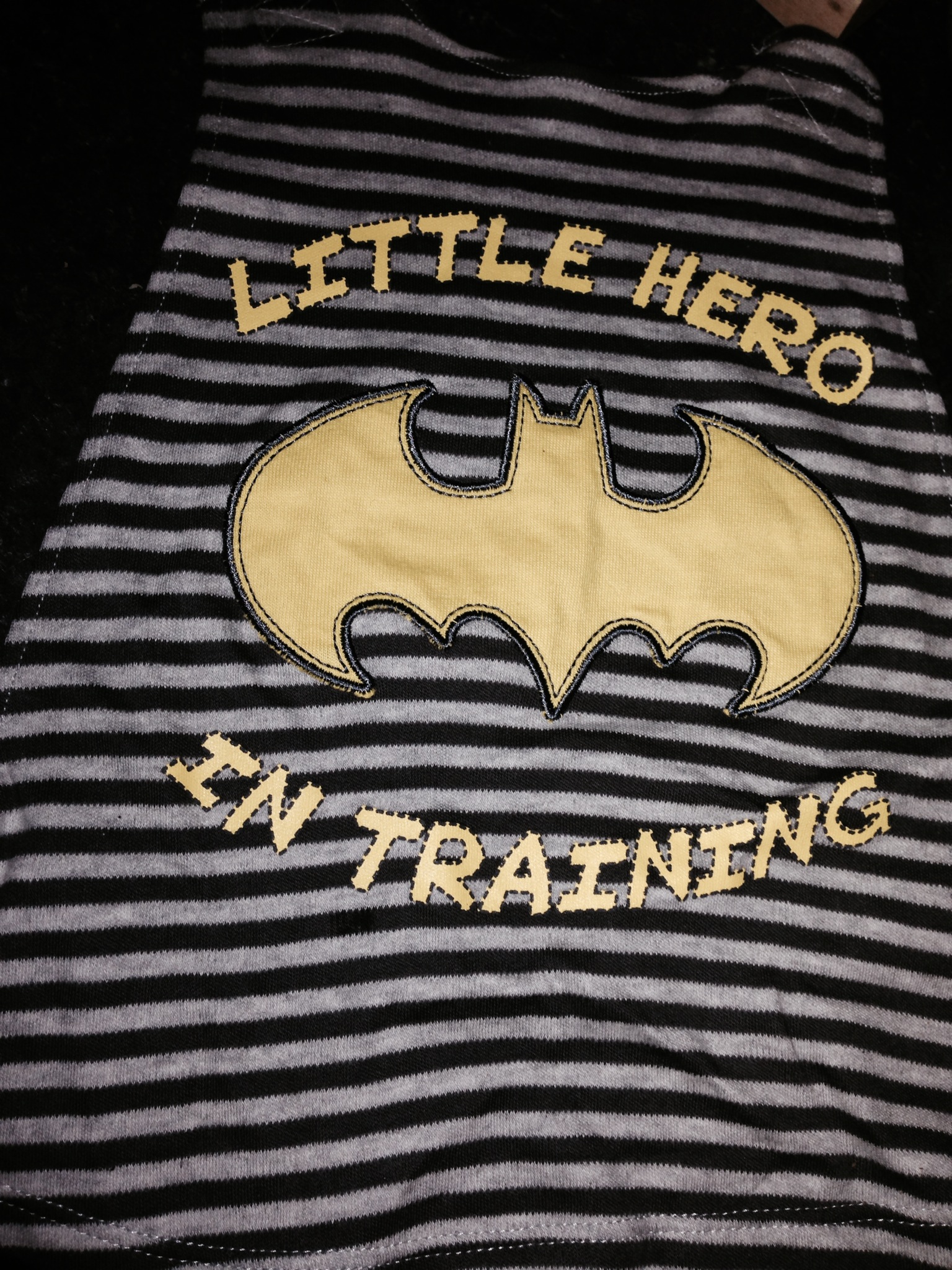 Eventually we’re all in the car. Batboy: ‘Mummy, have you got my cape?’
‘No, you took it off remember, because it was itching you.’
‘But I want my cape. Waahh.’
‘Bat Baby hasn’t got his cape on either. And anyway, we’re driving not flying so you don’t need your cape right now.’
Batboy again: ‘Mummy, can girl superheroes drive the Batmobile?’
‘Of course they can!’
‘But O at nursery says girls can’t drive.’
‘Of course they can! Look at me. I’m driving right now and I’m a lady and a lady is a grown up girl.’
I then list all their female relatives and friends’ mums who can drive.
‘They can all drive and they are all girls.’
‘Oh. But O says girls can’t.’
‘Well next time you’ll know what to tell him, won’t you? Girl superheroes can do anything boy superheroes can do – except maybe wee standing up.’
—
With SuperGirl at school, the BatBoys and I head home.
‘Right boys, no saving people this morning. We need to make some cakes for the Cylch Meithrin (Welsh nursery) winter fayre tomorrow.’

‘But Mummy. I don’t want to.’
‘Oh, but it’ll be fun. Superheroes need to know how to cook and the fayre is to help raise money and superheroes like to help others, don’t they?’
‘Can I lick the spoon at the end?’
‘Yes, if you do a good job and no mucking about.’
‘Okay then.’ 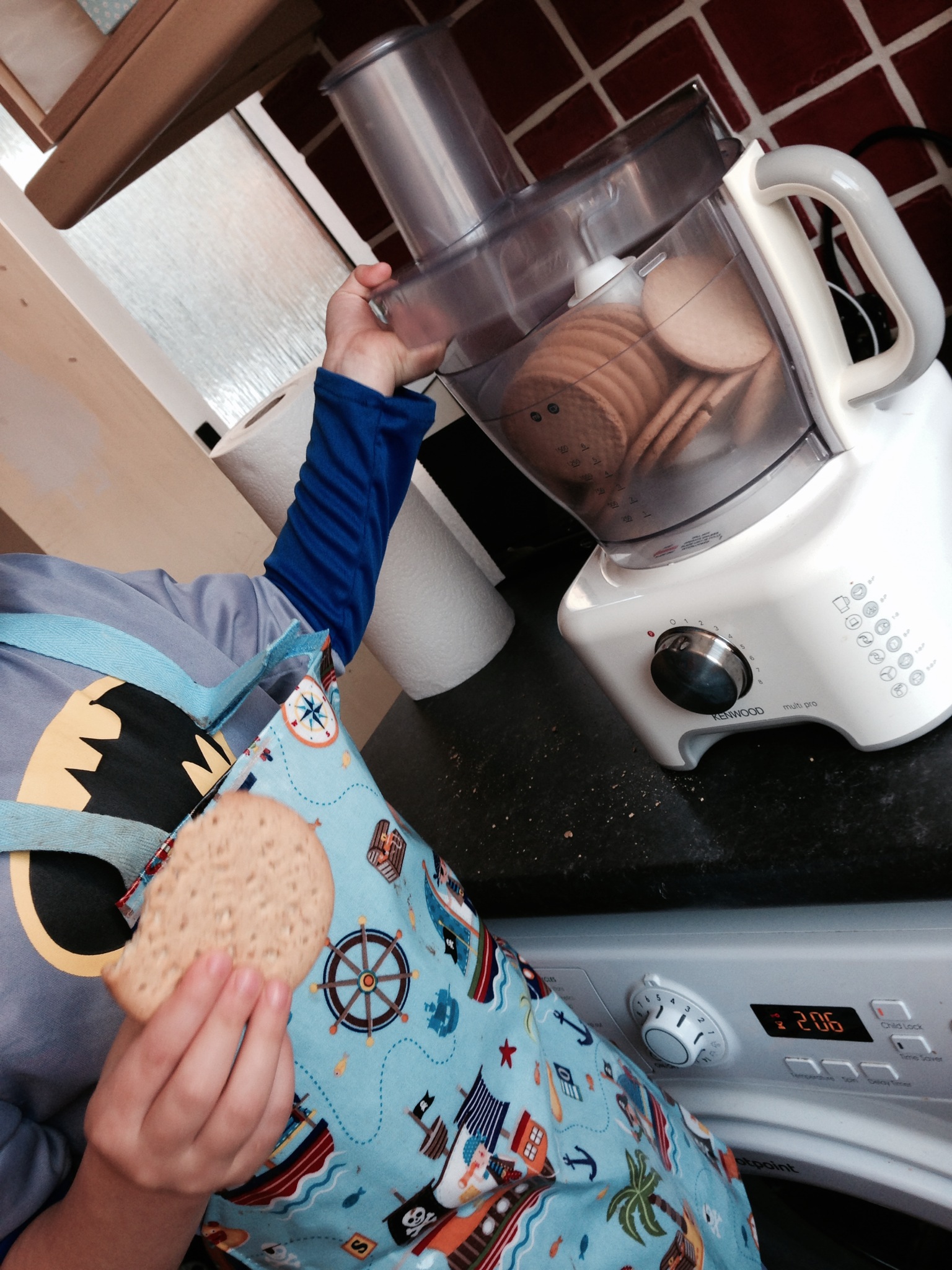 Mid-baking… I’m at the other end of the kitchen pouring melted butter into the mixing bowl. BatBaby, sat in his high chair, drops his toy on the floor and starts crying. And crying.
‘BatBoy, could you please pick his toy up and give it back to him?’
‘No.’
‘Please BatBoy, it would be really helpful. And remember, superheroes are good at helping people when they need help.’
‘No. I don’t want to.’
Sigh.
—
Cakes made, lunch eaten, BatBaby’s had his nap and it’s time to play. But then BatBoy falls and bumps his head. Cue lots of crying.

Oh. Five minutes later, more sobbing comes from nowhere.
‘Mummmmeeee, it still really hurts.’
More magic cuddles. More magic kisses. More crying.
‘How about we sing a song to cheer ourselves up?’ I suggest.
‘A song about BatMan!’
‘Nananananananana Batman.’
‘No, that one’s booooorrrring.’
Eek, panic! And before I even realise it, I’m singing…
‘Jingle bells, Batman smells, Robin flew away. Uncle Billy, lost his willy, on the M4 motorway. Hey!’
‘Again, Mummy, again, Mummy.
Repeat this for about half an hour as BatBoy and BatBaby giggle hysterically. And so do I. I laugh at them laughing at such a simple little song, as if it’s the best thing in the world.

It makes me sad that not all children have that. That’s why I’m supporting Children in Need.