While Toddler Boy I, my 20 month old third child, lives in a happy-go-lucky world that pretty much revolves around him, his big brother and sister are starting to realise that the world is not always a nice place.

First, it was the death of my parents’ dog, 14-year-old Toby, who they had known their whole lives. “Will he be dead forever?” Little Man O, my four-year-old middle child, asked as the realisation dawned on him. He was completely devastated. Little Miss E, my almost-six-year-old eldest child, shut herself in her room and hid under the duvet cover.

A few months later it was the death of my Grandad Harry, aged 89 and a half. They drew pictures of him so they wouldn’t forget him. That was closely followed by the sudden death of the father of one of Miss E’s class mates. It was their first realisation that it wasn’t just old people who died.

A few months ago, their school organised a collection of clothes for the Syrian refugees. We talked a lot about why they had to flee their country and that they needed our help to stay warm and safe. Miss E came home from school one day saying she and her friends had been playing homeless children during their play time. I guess that’s their way of processing such information and learning how to empathise.

Last week, they bought poppies at school. They know it’s to remember people who died in the war, and that Grandad Harry was a hero who flew on the aeroplanes to keep our country safe.  They said it must have been really scary for him. Yesterday, they dressed up as superheroes to raise money for Children In Need and we talked a lot about why some children aren’t as lucky as us and they need our help because they are sick, or starving, or it’s not safe where they live.

They’re obsessed with robbers and baddies at the moment. Previously, they thought the police magically locked up all the criminals before they could strike, but it’s slowly been dawning on them that the baddies are out there and we don’t always know who or where they are. 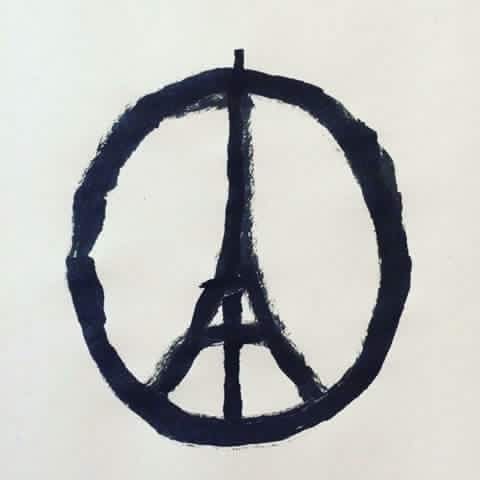 I just want to talk about how it feels to be a mother who has no idea what to tell her children about world atrocities. As much as I love seeing my children grow up, it breaks my heart to see their innocence shattered. I hate that they are discovering that there is hardship, horror and hurt in the world. I hate that I can’t tell them everything will be okay. I hate that there are people across the world who have lost their parents/partners/children/friends/relatives for reasons that just don’t make sense.

As much as I try to shield my children from things that might inappropriately scare or upset them, they are not stupid. Miss E can read the headlines on the newspapers in the supermarket. They can hear when adults talk in hushed tones around them. They can catch me by surprise when I’m checking Facebook and ask why there are so many Eiffel Towers on my phone. They can see the older children at school play-fighting, shooting each other, and making reference to real-life ‘baddies’.

I want them to grow up in a home where everything is talked about openly and they are free to ask the questions they need to ask. The sad thing is, I don’t always know the answers. I don’t understand it myself. Maybe I’m an idealist, but I genuinely don’t know how people can do that to other people, whether it’s in Paris, Syria, Beirut, Baghdad or anywhere else in the world.

And then amid all the disbelief and French flags on my Facebook news feed, this photo flashed up. 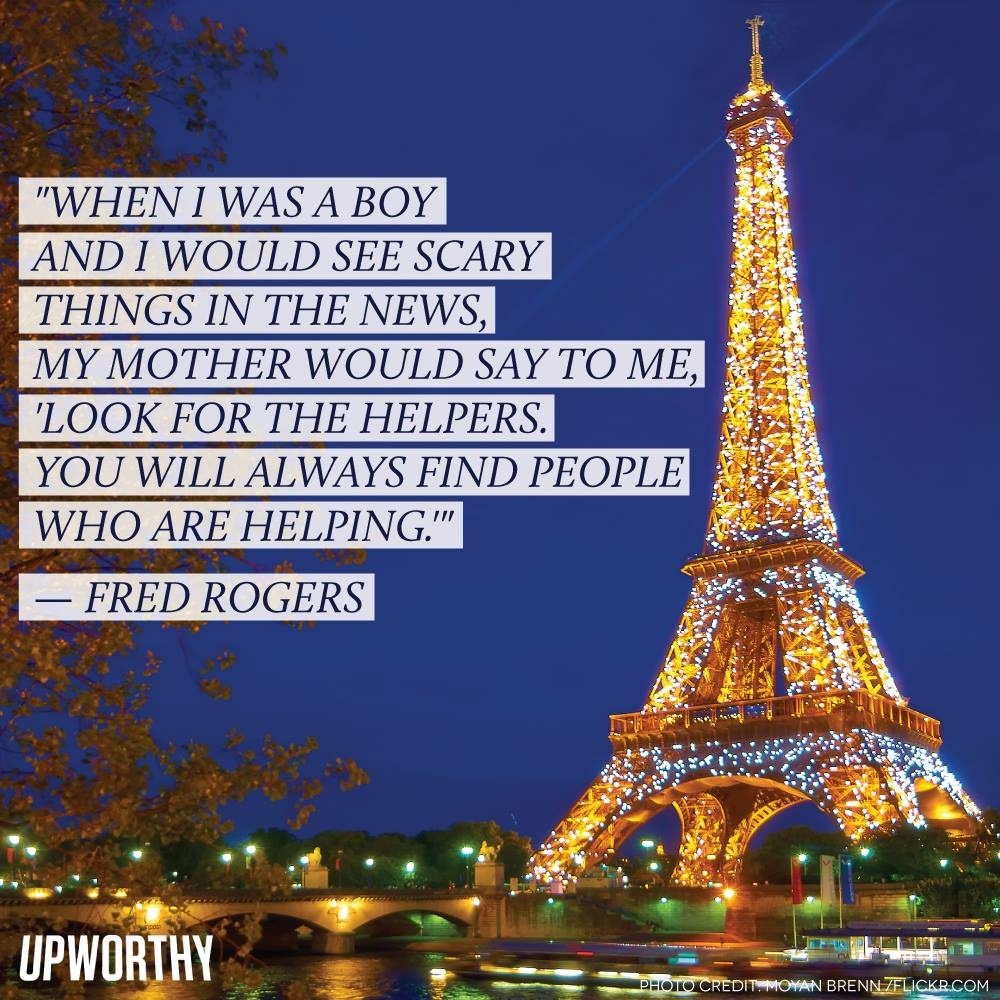 I’ve seen this quote from Fred Rogers before in times of adversity but it was exactly what I needed reminding of today.

“When I was a boy and I would see scary things in the news, my mother would say to me ‘look for the helpers. You will always find people who are helping’.”

I find myself drawn to the reports of people queuing to donate blood, despite the government’s advice to stay indoors. The Parisians opening their homes to people – strangers – stranded in the city, as #PorteOuverte trends on social media. The taxi drivers ferrying people around the city to such houses for free. The emergency service workers who rushed to the scenes of devastation, despite the risk to their own lives. Standing united. I’m sure as the news around the awful events unfold, we’ll hear more stories of heroics from ordinary people doing the extraordinary. I feel encouraged by people across the world unsure of what else to do but showing solidarity by sharing photos such as the ones on this page.

And that’s what I want my children to know. It’s normal to be scared and it’s normal to be sad. I want them to be the kind of children who know that, no matter how bad things are, there is always something you can do to help.

I can no longer hide the badness from them – but I can remind them of all the good in the world too.

If you’re struggling to know how to talk to your children about terrorism, you might find this article useful. 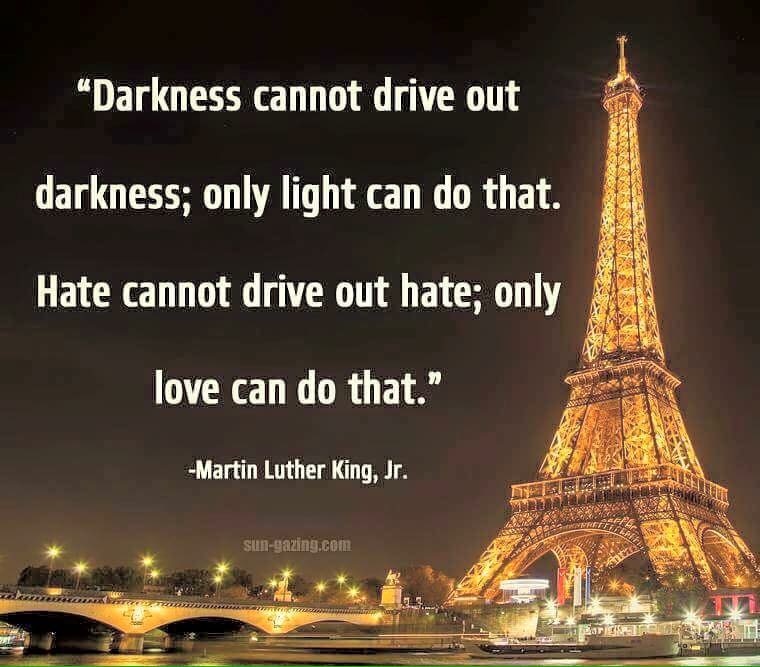 Homepage » Current affairs » How do I talk to my children about terrorism when I don’t understand it myself?

14 Comments to How do I talk to my children about terrorism when I don’t understand it myself?