When I started Cardiff Mummy Says back in August 2014, my youngest child was nicknamed Baby, my middle child was approaching three, and Little Miss E, my eldest, was about to start reception. I wrote a post all about the pair of shoes that made me cry after choosing a pair of school shoes for her to start reception in.

Well, three years on and another pair of shoes are making me cry. This time it’s the first pair of school shoes for my Littlest Boy I. He’s now 3½ and starts pre-school nursery this week. In Cardiff, children are entitled to 2½ hours a day of nursery education, usually in a unit attached to a school, from the term after they turn three. 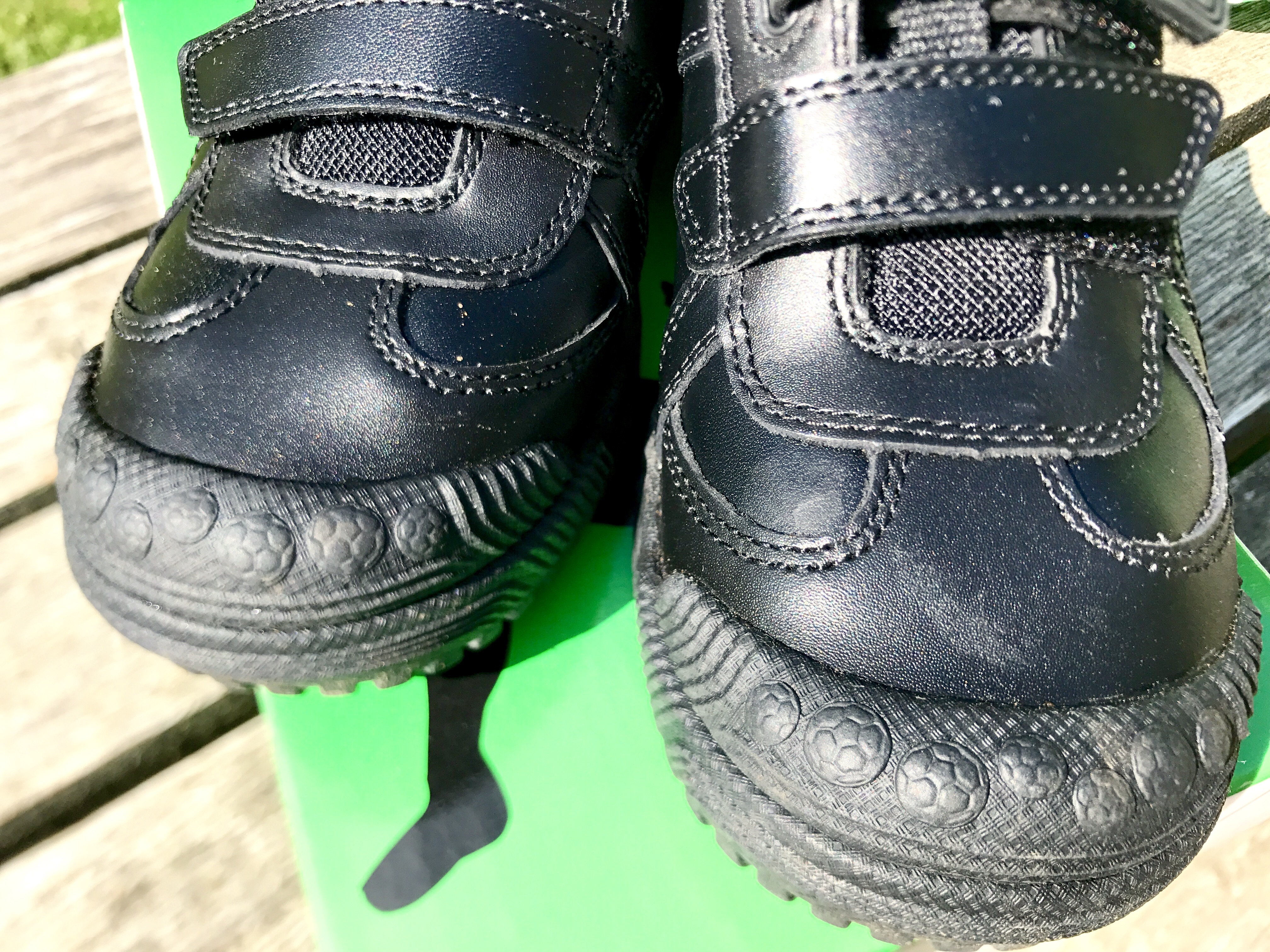 And so this Wednesday, Littlest will be entering the classroom where once his big brother and sister went before him. He’s so excited about going to school. He’s been doing the school run since he was a day old so he knows the building well. In fact, there are days I’ve had to carry him out of the playground because he wants so badly to stay.

He’s already been going to Cylch Meithrin (Welsh nursery) two school-hour days a week for the last year so this is the next step for him. I’m finding it all way too emotional though and am definitely not ready to wave him off… but he’s totally ready. He’s so excited about wearing his own uniform just like his siblings, and his little face when his school shoes arrived was a real picture. He put them on straight away.

The shoes were kindly sent for us to review from Start-rite. The website features a guide on how to measure feet for Start-rite shoes with downloadable paper foot gauges or the innovative Click’nFit system where you take six digital photos of your child on the grid and then the website calculates your child’s shoe size.

We were near a Start-rite stockist anyway and so I got him fitted in store before the company kindly sent the shoes our way. 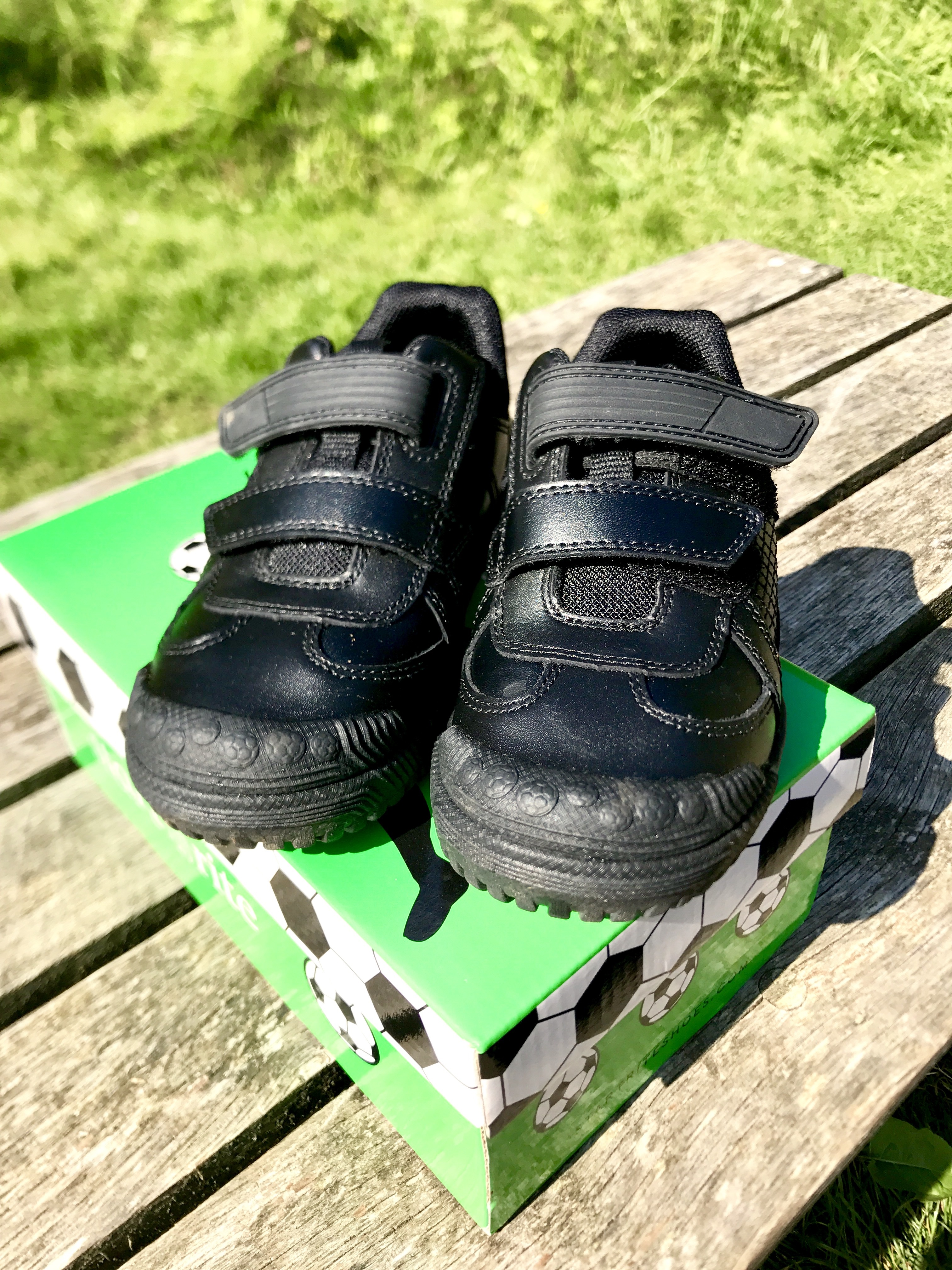 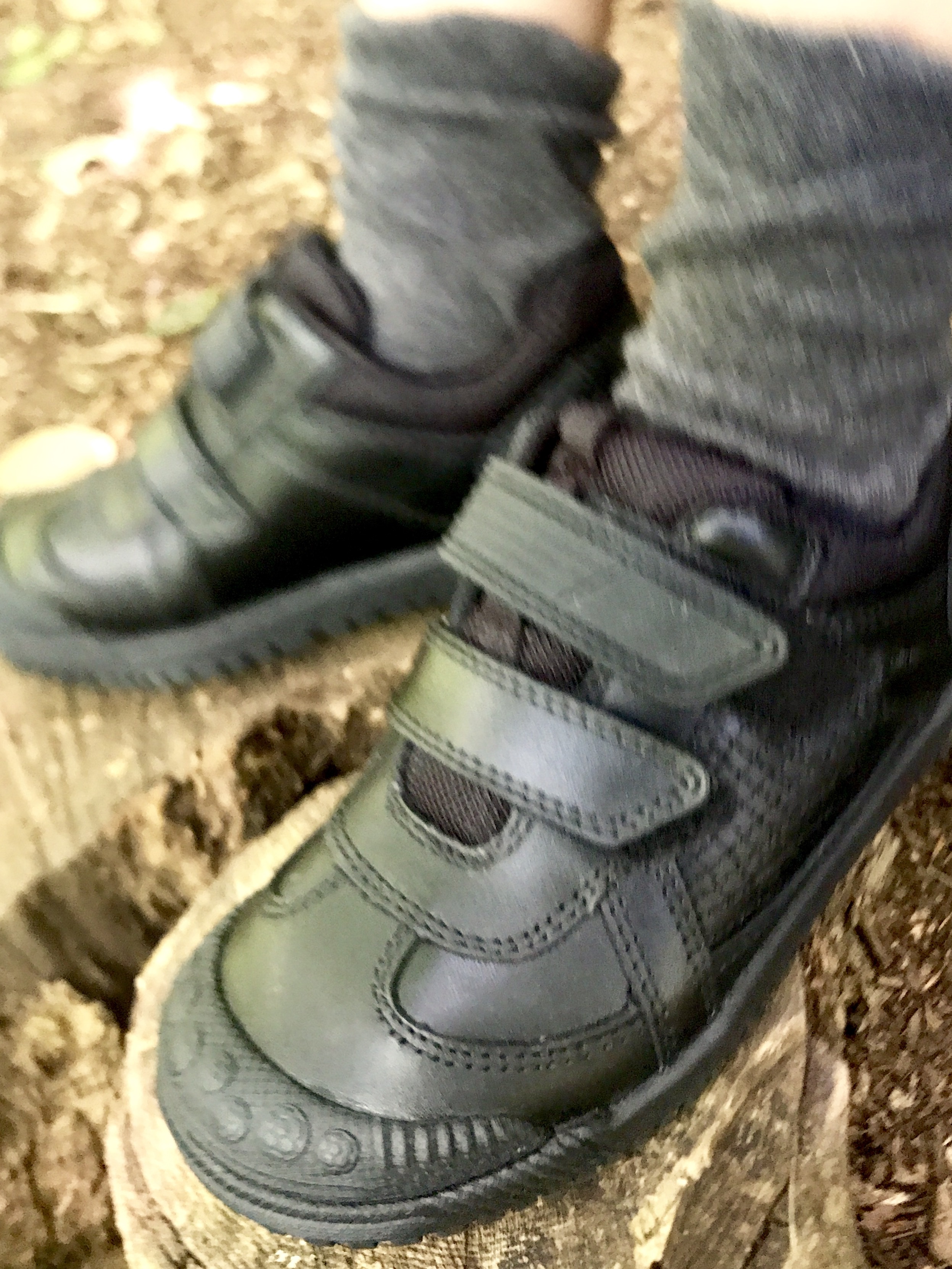 If you do order online then there’s’ free next working day delivery’ if you order before 4pm (you can pay for other delivery options) plus free returns. Currently, if you buy a full price pair of school shoes you can get 30% off a pair of plimsolls or trainers. The outlet section of their website is also worth looking at, with great reductions on past season’s styles.

I’m going to be completely honest here. I have never spent £48.99 on a pair of school shoes. I am happy to pay for good-quality properly fitted shoes, especially as my children have inherited my narrow feet and have never got on well with the cheaper supermarket styles which are generally far too wide for them. Children’s feet are not fully developed until their late teens and so while I am happy to clothe them in hand-me-downs and supermarket outfits, shoes are one thing I won’t scrimp on. But we generally go to the outlet stores where they are at least £10-£12 cheaper than the prices on the high street.

He hasn’t started preschool yet but when it came to reviewing the shoes, I didn’t just want to post a bunch of pretty pictures showing a pair of shiny new pristine school shoes which have never even made it outside; I wanted to see what you get for your money by seeing how they would fare on the feet of my adventurous three year old. I wanted to see whether they scuffed or broke; whether the tread on the soul stopped him slipping; whether the leather creased and whether they polished up okay.

At this stage I can’t tell you whether they will last a whole school year or not but I can tell you how they fared on a week of outdoor adventures at the end of the summer holidays. 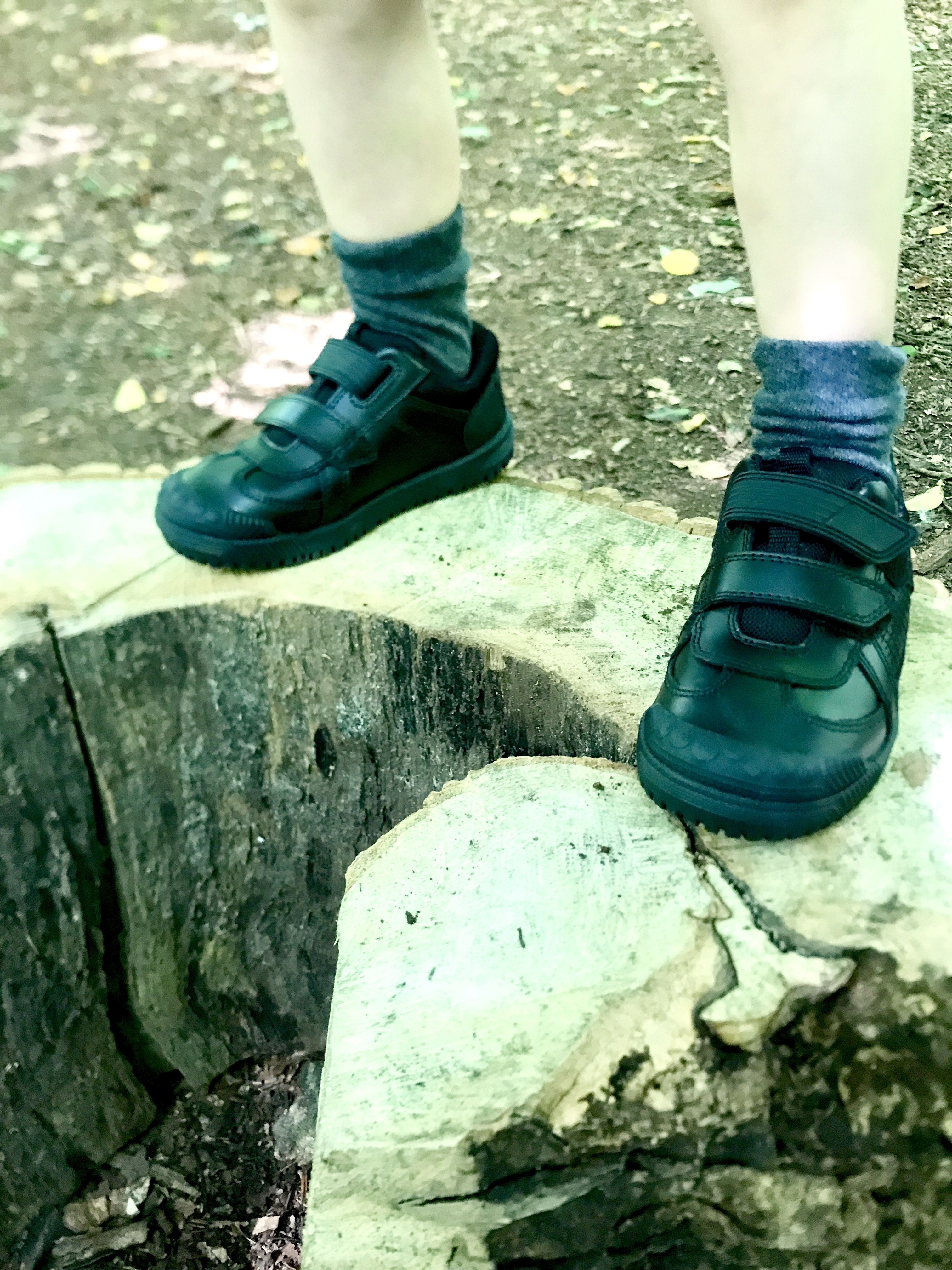 He has been running, jumping, exploring and scootering in them – and, after a wipe down and a polish, they still look good as new.

I deliberately opted for the Cup Final style shoe because the toe guards caught my attention straight away. Littlest has a habit of using his shoes as a brake on his scooter and dragging them on his bike (we are working on that!) and I thought the extra protection would help protect the leather shoe. 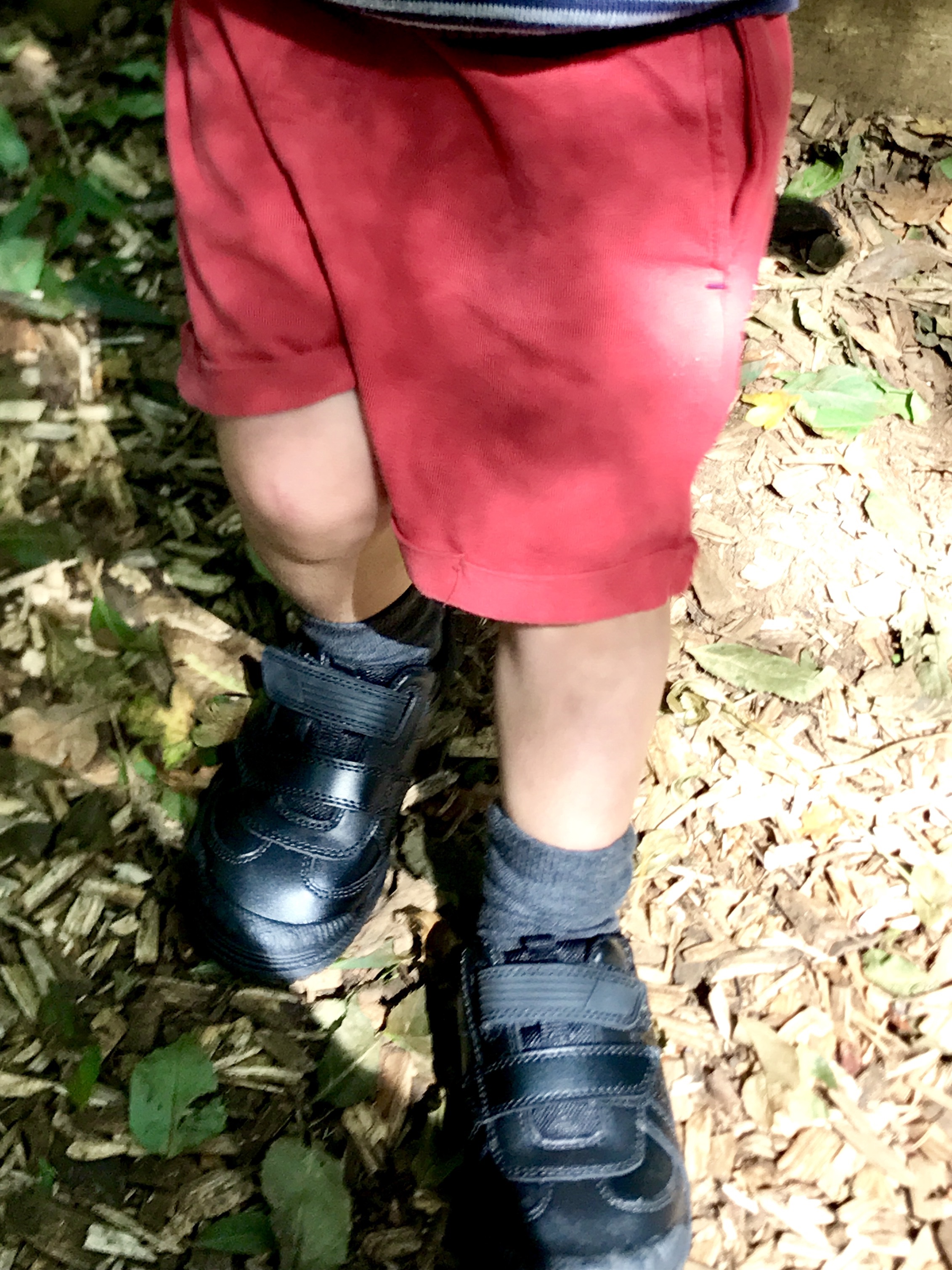 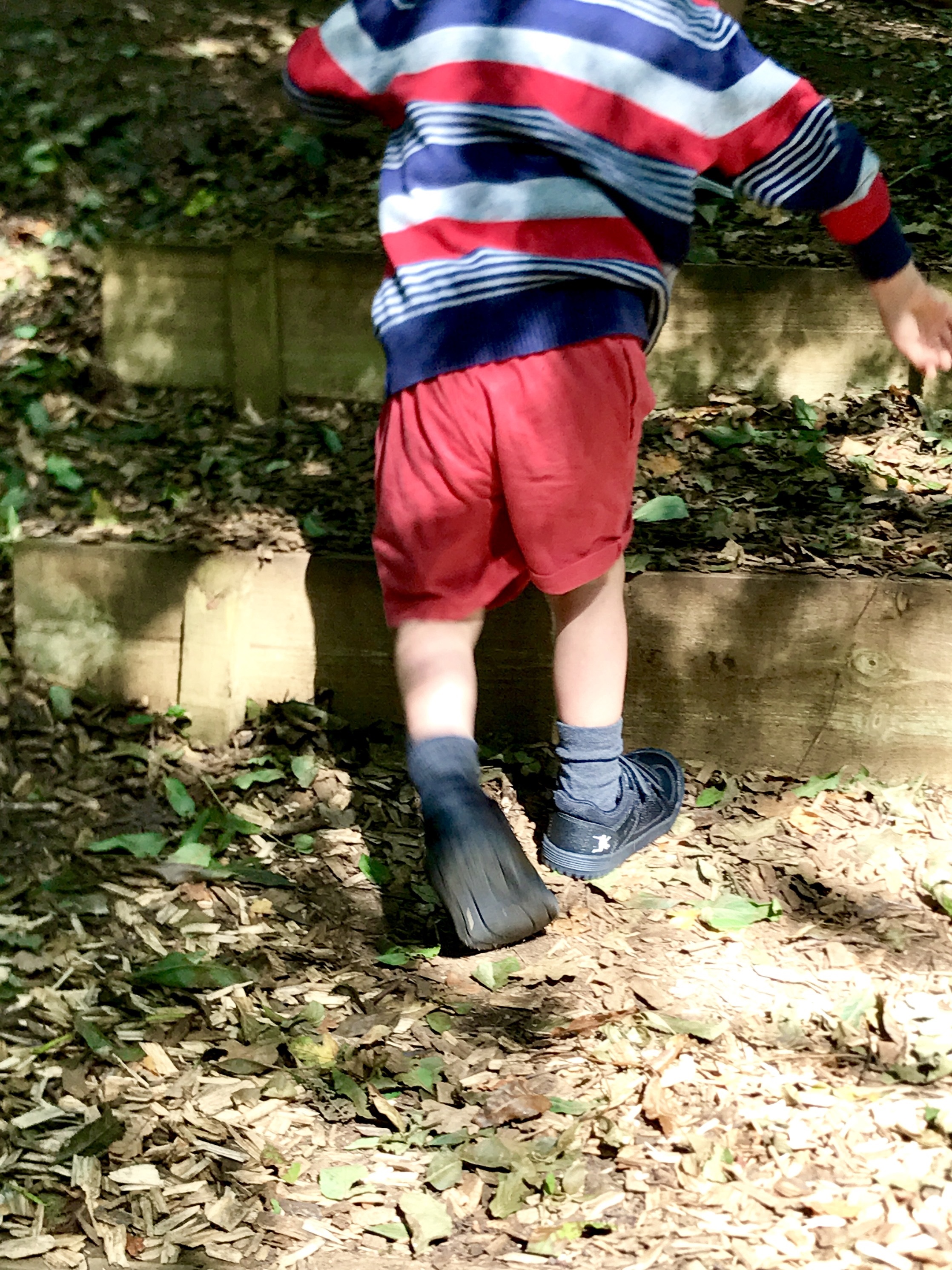 I also thought the flexible rubber sole with its thick patterned grip would be good for him as it would mean he wouldn’t be restricted when running around but wouldn’t lose any support, which is so vital at that age when their balance and coordination is still developing. Rip tape fastenings mean he can put the shoes on and take them off by himself as well as ensuring they are fit him properly.

We put the shoes through their paces on a day out at the weekend. Littlest walked through the woods, up steep hills, jumped around on wooden tree stumps and ran across big fields. His shoes didn’t hinder him at all in comparison to his trainers. 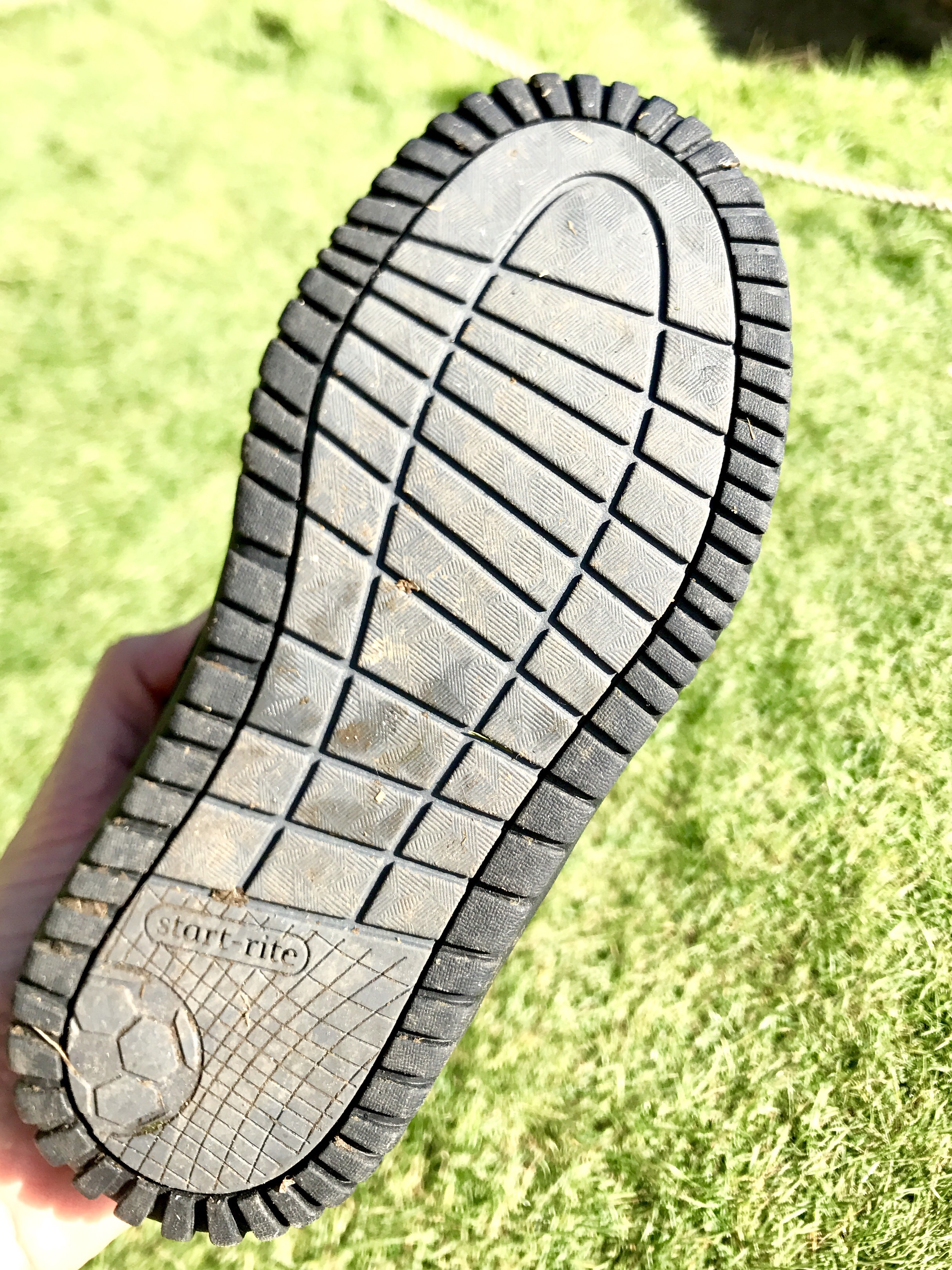 He’s also worn them to the park and on his scooter around the streets where we live.

I can’t see any scratches or scuffs on them. The leather has barely creased. The soles were naturally dirty but cleaned up well and with a quick polish they look as good as new again. 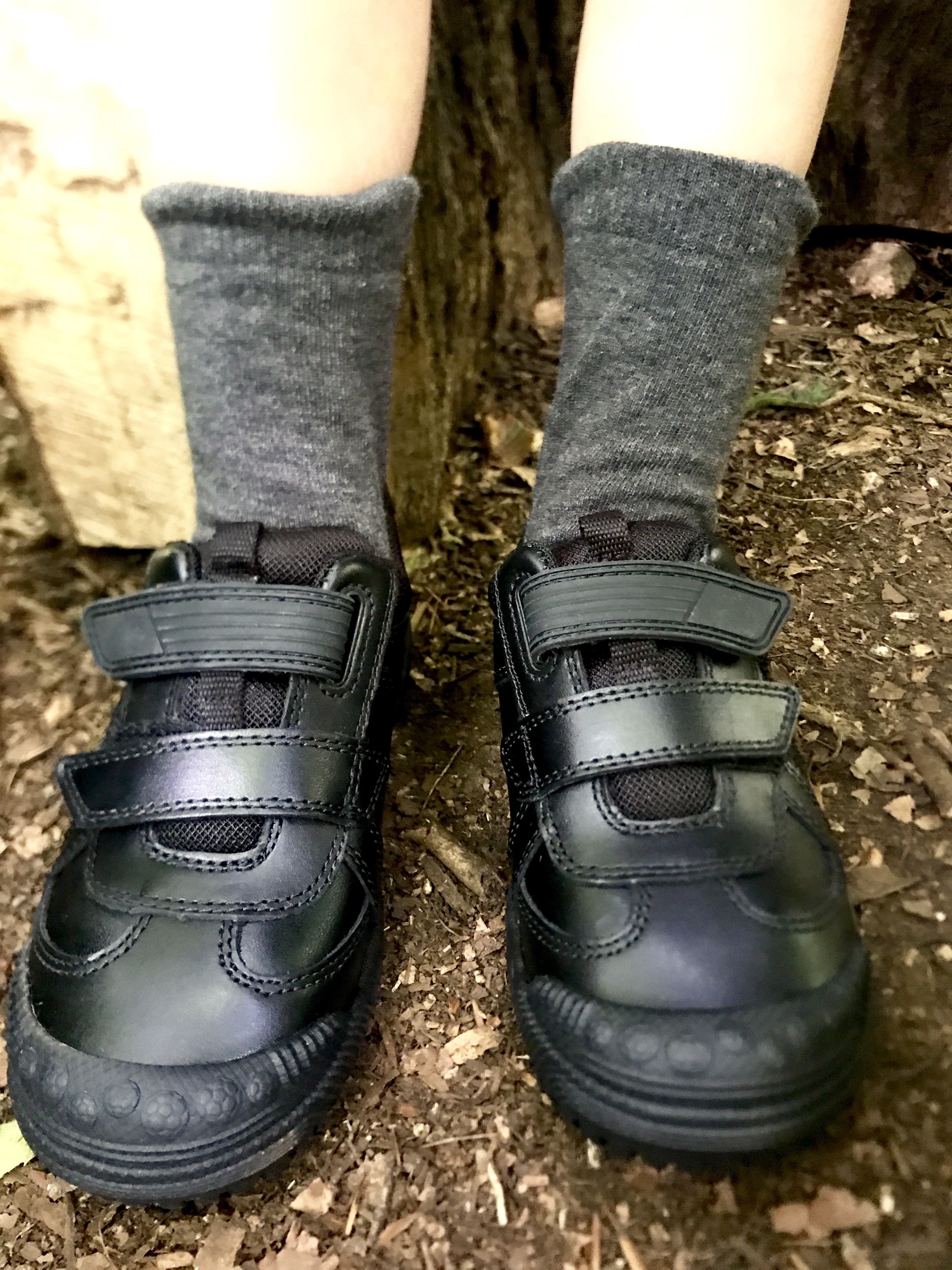 Of course a few days in the holidays doesn’t compare to a whole term at school so I’ll be updating this post at the end of the first half term to see what we think then. I’m quietly confident that they’ll last him the school year… provided his feet don’t grow too much, obviously!

*Thanks to Start-rite for sending Littlest a pair of school shoes to review. All opinions are honest and our own.

3 Comments to Putting Start-rite’s £48.99 school shoes to the test (review)