miscarriage, what to say to someone who has miscarried

Before I was blessed with my three gorgeous children, I had a miscarriage.

I was – or at least I thought I was – 13 weeks pregnant. I’d had the nausea, the tender breasts, a little bump. We’d talked about names, we were reading the pregnancy books. We were already imagining life as a family of three. As far as we knew, everything was progressing normally.

And then we went along to our first antenatal scan and the sonographer told us there was no heartbeat. Our baby had died five weeks earlier and we’d had no idea.

We were ushered out of the scan room into a waiting room of expectant parents, some clutching scan photos of their babies, and into a side office. A nurse matter-of-factly explained that what had happened was called a missed miscarriage. This is when the baby stops growing, but the body still believes it is pregnant. She told me I could either go home and let things happen naturally in their own time, or book in for “medical management of miscarriage” a week later. I went for the latter as I didn’t know how many much longer we’d have to wait for our baby to say goodbye on his or her own accord.

I don’t think I have ever cried so much in my life as I did that day, and in the following days and weeks. I was utterly devastated.

It was hard breaking the news to other people. We’d told immediate family and a couple of close friends that I was pregnant, and they were all so excited for us. We’d had texts that morning wishing us luck for the scan and others later in the day asking how everything had gone.

People sent cards and flowers and did their best to console us. We told people who hadn’t known we were expecting about the miscarriage. Some of what people said was really kind and beautiful. However, some of it didn’t help and actually made me feel worse. I know that wasn’t their intention, but if you have no experience of miscarriage, either yourself or those close to you, it is difficult to understand the complexities of how it feels physically and emotionally, and I completely understand people are at a loss for words.

I’ve spoken to a lot of women and their partners since then, both as a friend and through writing about miscarriage as a freelance journalist (here for the Guardian, here originally for Parentdish but now on the Huffington Post and I even spoke about it on this edition of Channel 4 Dispatches fronted by Amanda Holden). People deal with miscarriage differently, and I know not everyone will feel how I felt. However, time and again women and their partners tell me that certain phrases upset them.

With that in mind, I wrote this in the hope that it will help to raise a bit of awareness. 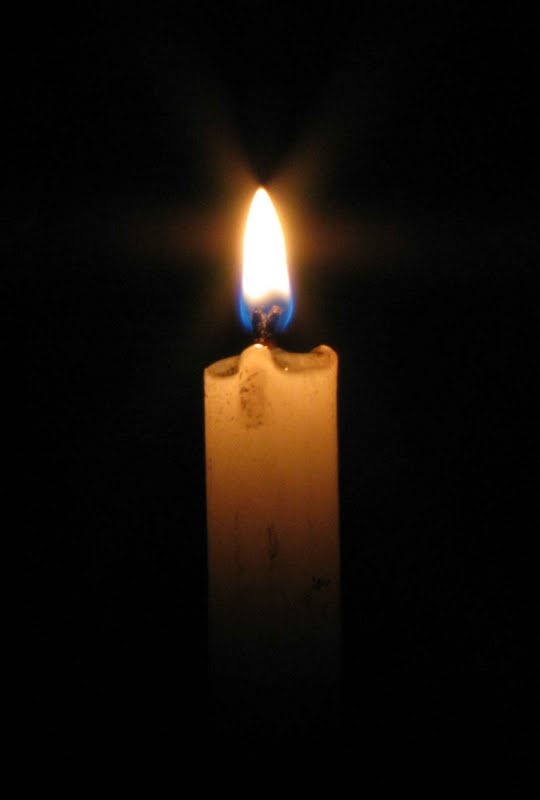 If you genuinely don’t know what to say, let the person know that. That’s far better than saying nothing at all or not acknowledging what has happened.

Don’t say “At least you know you can get pregnant.”

I found this such a hard thing to hear. A woman who has miscarried knows she got pregnant that time. She doesn’t know if she will get pregnant again. And if she does, she doesn’t know if she will stay pregnant. Maybe this isn’t her first miscarriage. Maybe this pregnancy took several months or even years of trying, of it was the result of fertility treatment and another round of treatment might not be an option.

Don’t say “Imagine how much worse it would be if it happened later on.”

Yes, it would be devastating to lose a baby later in pregnancy, but that doesn’t mean it’s not devastating now.

Don’t say “It’s really common; it happens all the time.”

Yes, one in four pregnancies do end in miscarriage and yes, lots of women experience it. For some women I know, being reminded of the statistics doesn’t make us feel any better. As one of my friends said to me, “You wouldn’t say to someone who had been recently bereaved, ‘death is very common’.” If you’ve never lost a baby it can be difficult to understand that miscarriage is a very real bereavement and grief for many women and their partners; telling them it happens all the time diminishes their feelings.

Don’t say “It happens for a reason, there must have been something wrong”

Just like the above, you wouldn’t tell someone who had been bereaved that it must have been for a good reason. You would tell them you were sorry, give them a hug and ask if there’s anything you can do to help them. Miscarriage often feels like such a personal grief because no one else really feels the loss in the same way as the woman/couple involved.

Don’t say “At least you already have a child”

All the women I have spoken to who have miscarried when they have a child/children have found it really upsetting when people act as if they should not be upset because they are already parents. Of course they are grateful they already have a child/children, but that doesn’t mean they can’t mourn the loss of this baby; the potential of this life; the sibling that will never be, or the family set-up they always wanted to create but which might not ever become a reality.

Do remember they might find things difficult for a long time

A miscarriage isn’t like a cold; most women don’t just get over it in a couple of weeks as if it never happened. Milestones such as the 20-week scan, the baby’s due date and the anniversary of the miscarriage can all be difficult, as can pregnancy and birth announcements from friends. Being mindful of these feelings, or sympathetically letting your friend know you are thinking of them, is always appreciated.

Don’t complain too much about your pregnancy ailments, sleepless nights or crying babies to a friend who has miscarried

Yes, pregnancy and motherhood can be really hard. But save that for friends who can relate. Someone who has miscarried would probably give anything to be in your positon right now, and complaining about it can be insensitive.

If you are pregnant or have children, it’s okay to let your friend know you are worried about making them more upset. If you are announcing a pregnancy, do it sensitively and then give the friend time to process their emotions.

Some might find it difficult being around babies or pregnant friends, but a lot of women who have miscarried know how precious every baby is and will be really happy for you. Just follow your friend’s lead and acknowledge that while it might be hard for them, that doesn’t mean they’re not pleased for you.

Do ask the partner how they are

Partners of the woman who has miscarried often get forgotten about. The focus is on the pregnant woman, as she is the one going through it physically. Yet often their other halves are also grieving and going through all sorts of emotions, but feel they have to keep it all bottled up to be strong for the woman.

Don’t second guess their next pregnancy

Women who have miscarried are often likely to be anxious if they get pregnant again. They may worry about telling people in case it happens again. If you suspect a friend is pregnant following miscarriage, please don’t ask her, or make comments about her not drinking/eating certain foods. Let her tell you in her own time.

Do be sensitive about any subsequent pregnancies

It can be really difficult being pregnant after a miscarriage because you are scared it will happen again. People would excitedly talk about our baby like it was guaranteed but I worried throughout all three of my pregnancies that something could go wrong. A lot of mums-to-be have told me they felt the same after miscarriage – it can be a really anxious time.

If you would like information and support on miscarriage, visit www.miscarriageassociation.org.uk

Homepage » Family life » What to say to someone who has miscarried

19 Comments to What to say to someone who has miscarried