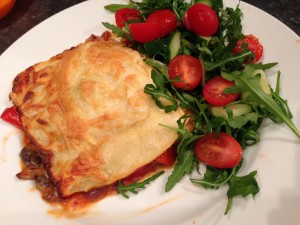 Roasted vegetable lasagne has a bad reputation these days. It’s the token vegetarian choice in any pub or low-key restaurant and they’re usually so badly made you can hardly eat them. Hardly any veg under all that pasta, a thick layer of rubbery, greasy cheese and accompanied by some wilted salad. If you’re a veggie, you grin and bear it because sometimes there’s a price to pay for principles. If you’re a carnivore, I imagine it’s enough to put you off vegetarian cuisine for life. However, when made properly, it’s such a delicious meal that works well all year round.

Here’s the recipe I’ve been using for several years now. It’s one I adapted from various other recipes and it’s slightly different every time I make it, depending on which vegetables I have to hand. Even the hardened meat eaters in my extended family like this one. It’s perfect in winter with garlic bread and peas but equally as nice in the summer with a crisp salad. I am a big fan of batch cooking so I tend to make two or three at a time and freeze the spare ones for another day.

It can take up to two hours to make and cook. Most of it is pretty easy but you need to pay attention with the cheese sauce and make sure you are stirring it continually.

(These vegetables are just a suggestion. You can leave out any that are not to your taste, use more or less of any of them depending on what you have available, or replace with anything else you wish – I’ve used sweet potatoes, butternut squash, carrots and a handful of chopped up spinach in the tomato sauce previously.)

For the roasted vegetables:

2 peppers of any colour, deseeded and chopped into chunky pieces

For the tomato sauce:

a handful of sundried tomatoes snipped into small pieces

a pinch of sugar

salt and pepper to taste

For the cheese sauce: 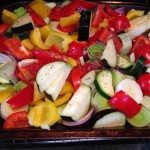 2. Chop up all the vegetables, put everything in a large roasting tin apart from the mushrooms, drizzle with the olive oil, sprinkle on the crushed garlic and a teaspoon of dried or fresh herbs, season with salt and pepper to taste. Roast for around 40 minutes, adding the mushrooms after 10 minutes or so, and turning half way through. You may like to drain any excess vegetable juice mid-way. 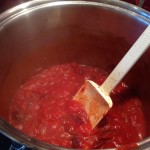 3. Meanwhile, make the tomato sauce. Heat the oil in a large saucepan, add the onion and after browning for a couple of minutes, add the garlic. Sauté softly for 10 minutes or so, and then add the tinned tomatoes, the herbs, sundried tomatoes, puree and pinch of sugar. Simmer on a low heat for 15-20 or so minutes, stirring frequently. Season to taste.

4. Once the vegetables have finished roasting, add to the tomato sauce and turn off the heat. Put half the vegetables sauce in a large oven-proof dish and keep the remaining half to one side. 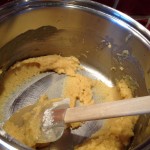 5. To make the cheese sauce, melt the butter in a pan. Stir in the flour until you it has a paste-like texture. 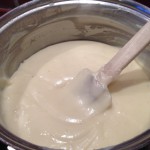 Slowly stir in the milk and keep stirring for 10-15 minutes or so, until it thickens. Add the cheese and simmer for another couple of minutes, stirring constantly. Season to taste. 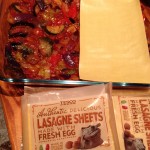 6. Cover the vegetables in the oven dish with pasta sheets. Spoon on half of the cheese sauce and spread over the pasta. Put on another layer of vegetables, top with lasagne sheets then the remaining cheese sauce, and sprinkle on the grated cheese. (If you want to freeze it, stop here! Allow the lasagne to cool, cover in cling film and put in the freezer.) 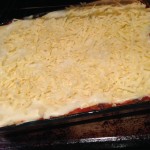 7. Cook for 35-40 minutes. If it looks like it is browning too quickly, cover with foil.

8. Serve with salad, garlic bread, or whatever else you fancy. 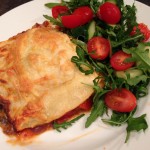