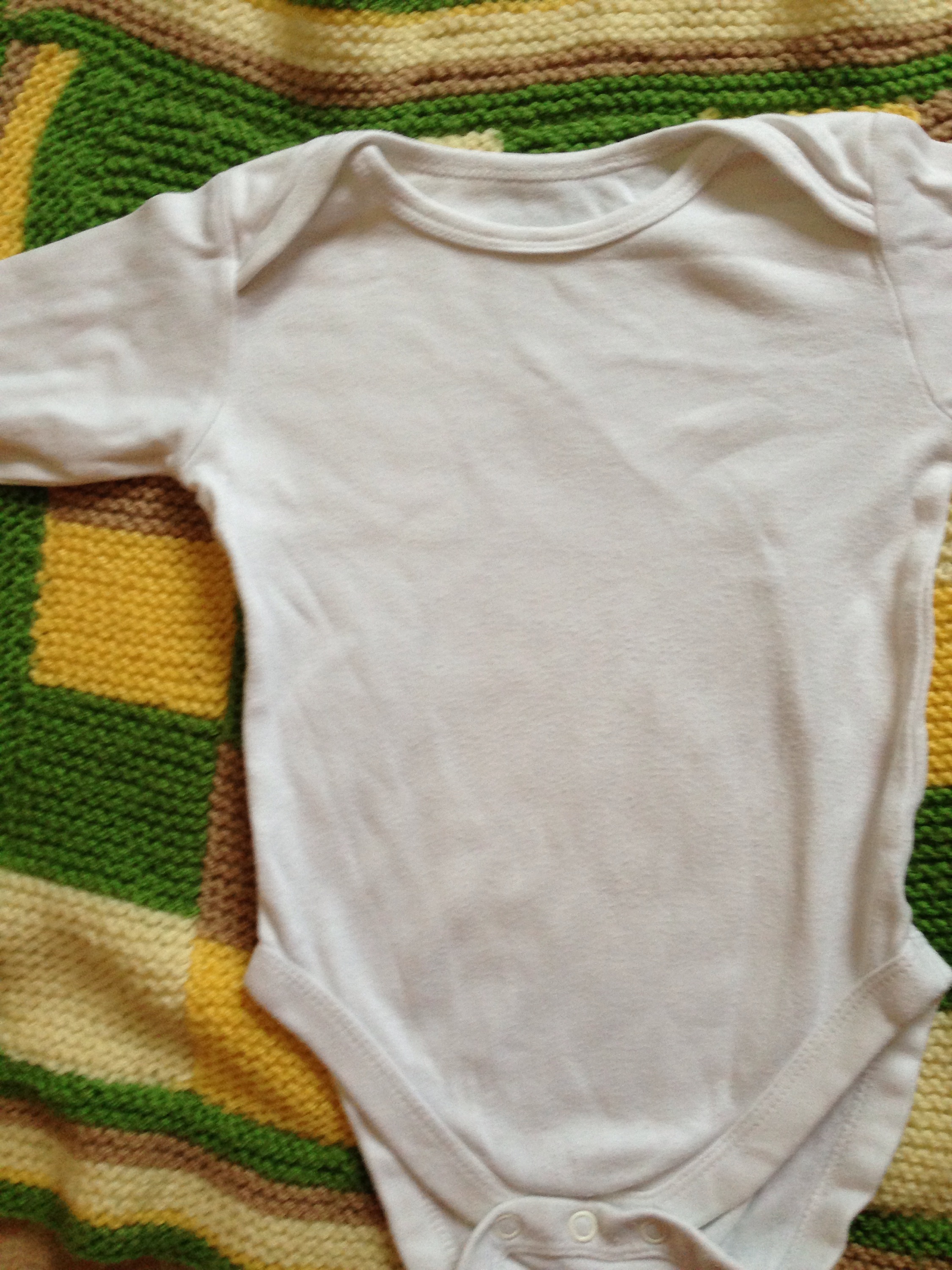 At the risk of sounding like one of those horrendously smug mummies (I’m not, I promise!), I thought this little trick was something everyone did. But last week, I discovered Cardiff Daddy did not know this simple fact about baby vests.

He has three children under five and a quarter and has changed an awful lot of nappies over the years. Possibly more than his fair share, in fact. He says this gem of information would have made life far easier, and insisted I should share it on my blog for the benefit of parents everywhere. So here you go.

If your baby has an explosive nappy – a poonami, as they are often called; you know, the ones that go all down their legs and up their backs and through their vests and which are a right of passage for any parent – you don’t have to try to take the vest off over their head and risk getting their little faces and hair covered in poo. Nope. Those envelope necks are there for a reason. It means you can pull the vest down over your baby’s body, rather than up over their head.

I have no idea how he has got this far without realising this little trick. I am sure we have had plenty of two-man nappy jobs that have needed all hands on deck to ensure baby, surfaces and clothes are clean and poo-free. I feel terrible that I hadn’t told him. In my defence though, no one told me; I just figured it out. Five years ago.

So there we are. Unfortunately, it won’t stop wriggly babies crawling off mid nappy change, and getting covered in the contents of their own nappy that way, but we can’t have everything, right?!

Homepage » baby » Did you know you could do this with a baby’s vest?

9 Comments to Did you know you could do this with a baby’s vest?