Thanks to Wales Millennium Centre for providing us with tickets to see The King and I in exchange for this review.

One of the joys of my children inheriting my passion for musicals is seeing them experience some of the all-time greats for the first time. Such was the case as my 10-year-old daughter and I attended the press night of The King and I at Wales Millennium Centre last night.

Her verdict is that it’s one the saddest musicals she’s ever seen (if you’ve seen the classic 1956 film you’ll know the ending…) but that it was also really funny at times, and informative about history too. It certainly resulted in a number of interesting follow-up discussions on Western colonialism of the East, polygamy (I’d only that week told her little brother he wasn’t allowed to marry four people); and slavery.

Until this week she knew nothing about the Rodgers and Hammerstein classic (to my shame!) so we had a crash course in some of the most famous songs and the synopsis of the story in preparation for watching this highly-acclaimed stage revival, produced by The Lincoln Centre and currently touring the UK after West End success. 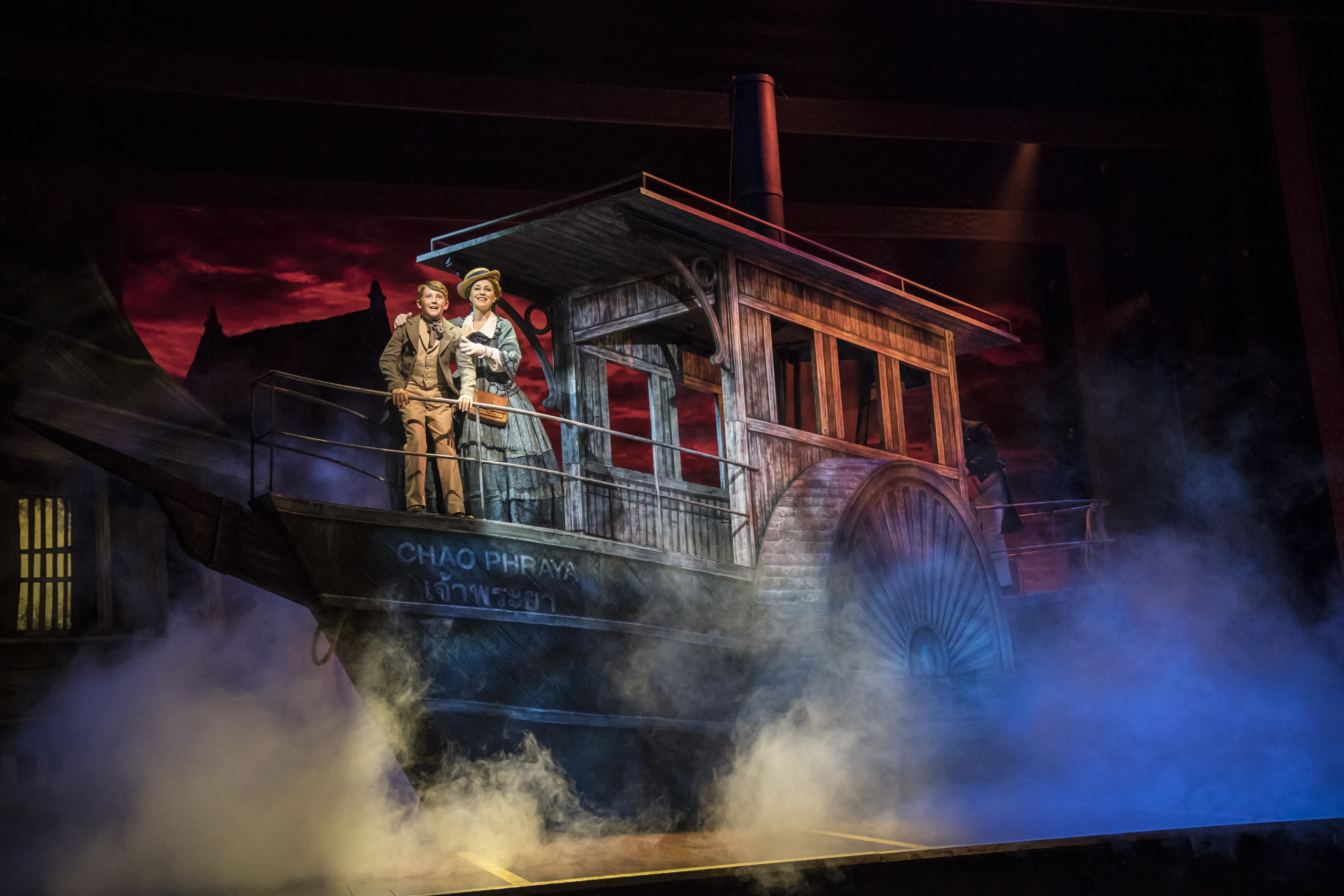 First staged in March 1951, The King and I is one of Rodgers and Hammerstein’s Big Five musicals, along with Oklahoma!, Carousel, South Pacific, and The Sound of Music (which is incidentally my daughter’s all-time favourite musical ever since she first saw it aged four) all of which went from Broadway acclaim to musical film greatness.

It’s based on Anna and The King of Siam, Margaret Landon’s 1944 novel, which itself is derived from the real memoirs of Anna Leonowens, governess to the children of King Mongkut of Siam (now Thailand) in the early 1860s.

With the passing of time, elements leave modern audiences feeling uncomfortable – the wives wearing typically English dresses to greet a visiting dignitary, for example, and the King’s overall depiction feeling a little stereotyped and even racist – but the musical is of its time and as I said above, it lead to a lot of interesting conversations on the way home.

In this new staging, from Tony Award winning Bart Sher, the focus is less on the developing feelings between Anna and the King, and more on the inner struggles of the King himself, as he navigates traditional and modern ways of governance.

Sher himself has spoken about keeping musical numbers which are often cut, such as Western People Funny, sung by the wives. “Once you can redo that number from the point of view of, in this case, the dominant culture, you can have irony about situation.” Past productions of The King of I, including the iconic film, have been criticised for using Western performers in the roles. Here, other than Anna, Louis, and Sir Edward Ramsay/Captain Orton (Philip Bulcock) the entire cast is Asian.

Jose Llana plays the King – such an iconic role made famous by Yul Brynner who starred in the film, as well as 4,625 stage performances. Llana injects such personality into the role, with a contrast of perfect comedy timing and softer, more emotional moments contrasting with the harsher elements of his regime. 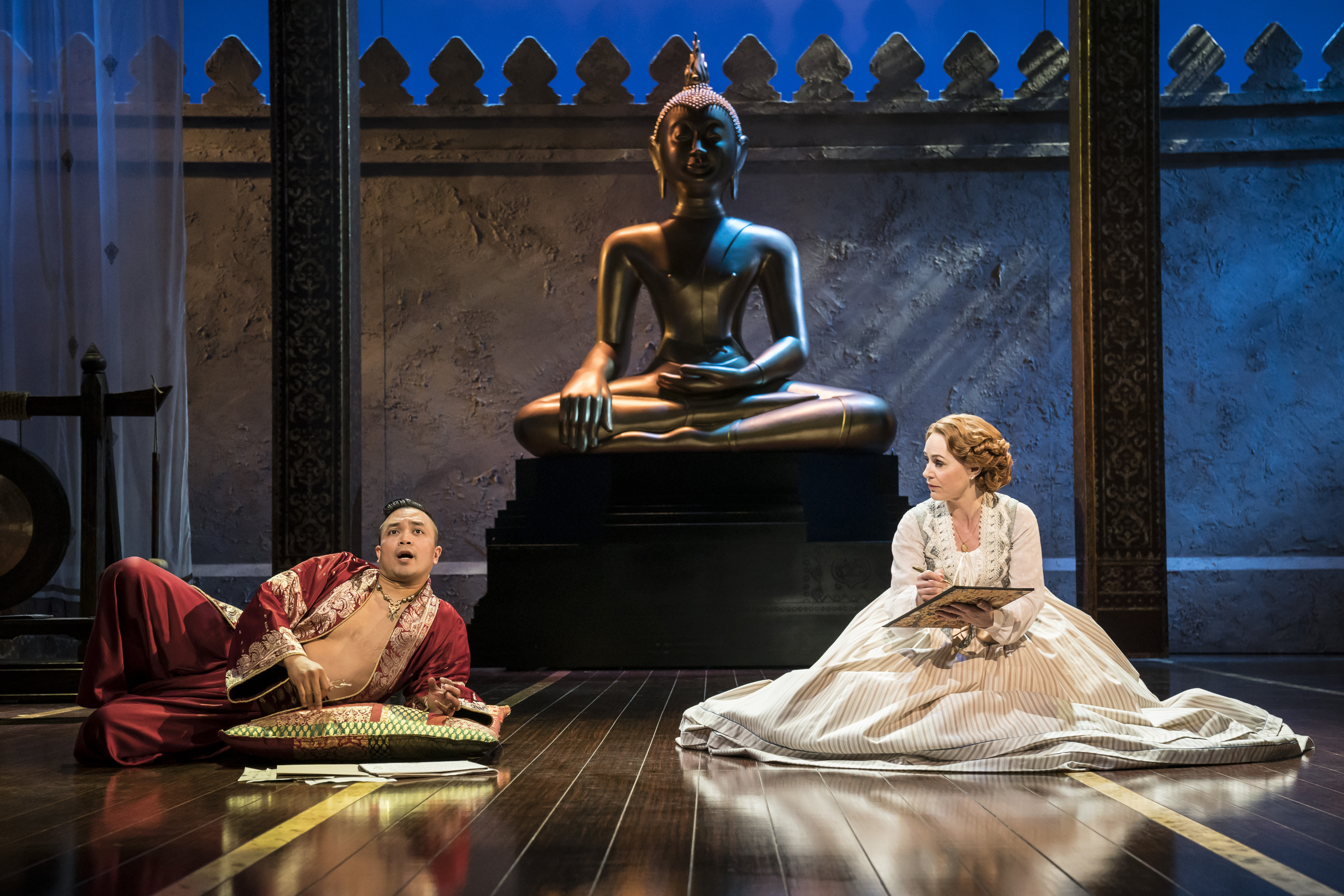 The production features some fantastically feisty women, as seen in Anna standing up to the King and not being afraid to challenge him, and in Jessica Gomes-Ng’s portrayal of Tuptim, the young woman gifted to the King from Burma to ensure their alliance, but who challenges authority and subservience and leads a mini staging of Uncle Tom’s Cabin, Harriet Beecher Stowe’s revolutionary novel about slavery.

I loved how this staging evoked the 1950s golden age of musicals. Understudy Maria Coyne stepped into the role of Anna (played for the rest of the run by Annalene Beechley) so beautifully, with such crisp and light vocals annunciated with that wonderfully prim Englishness of the time (rather than the American twang of more modern musicals), reminiscent of Deborah Kerr in the film. The staging, while conjuring up 19th century Saim, felt so typically 1950s too. The sets are striking at times, in particular the opening scene featuring Anna and her son Louis (Joseph Black) arriving into Saim on a boat that actually moved across the stage against a stunning orange sky. But they’re also understated enough to let the performances drive the show. 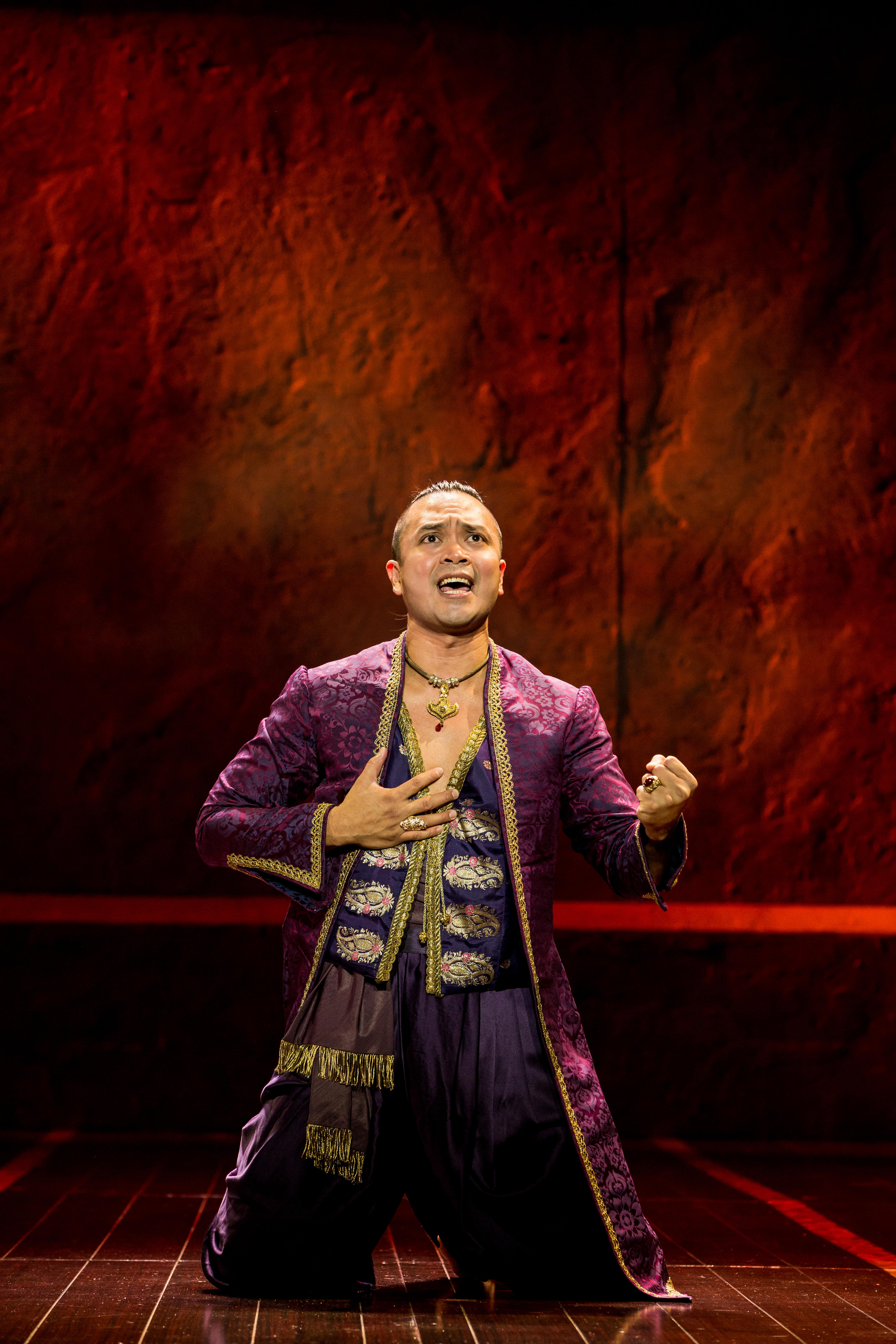 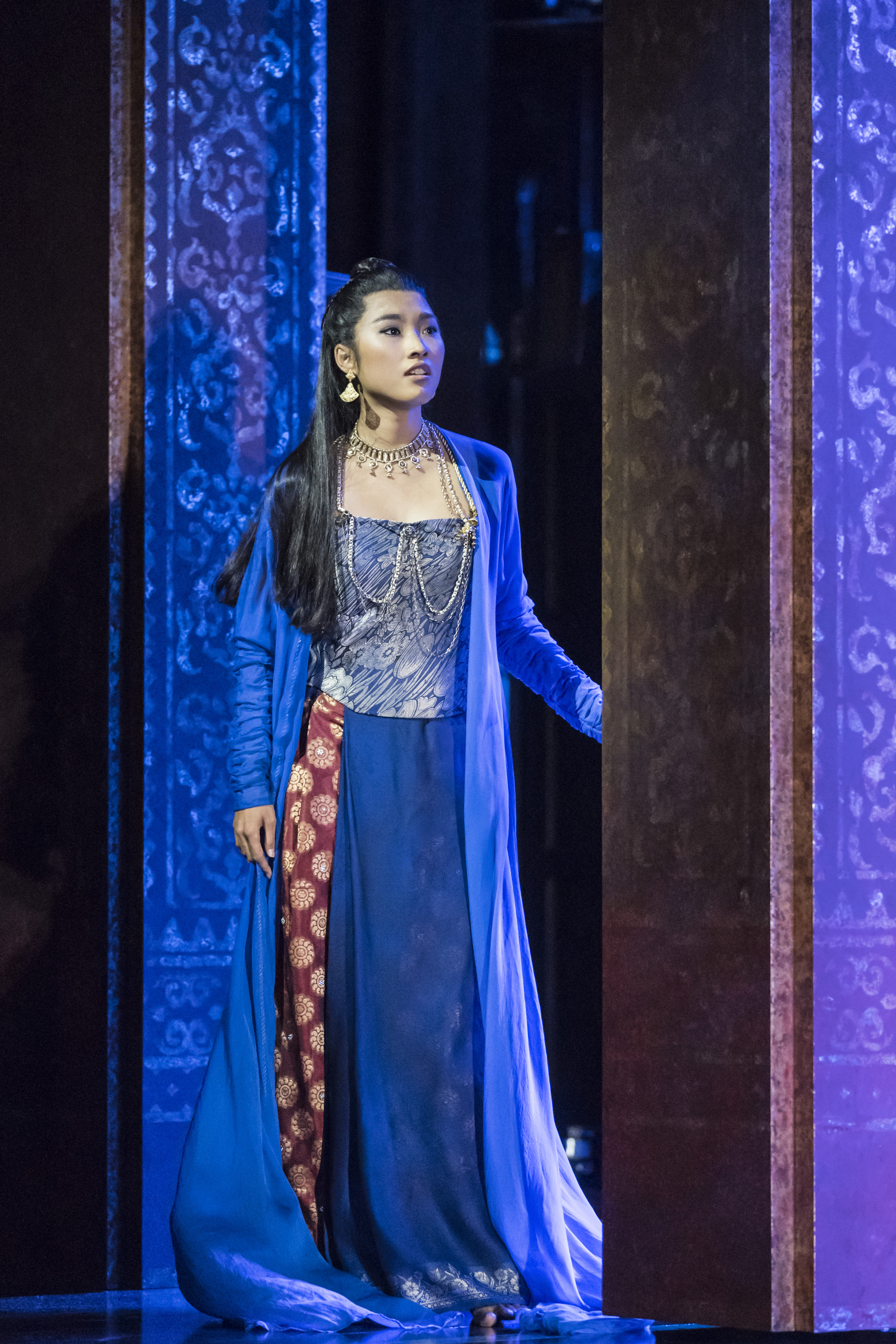 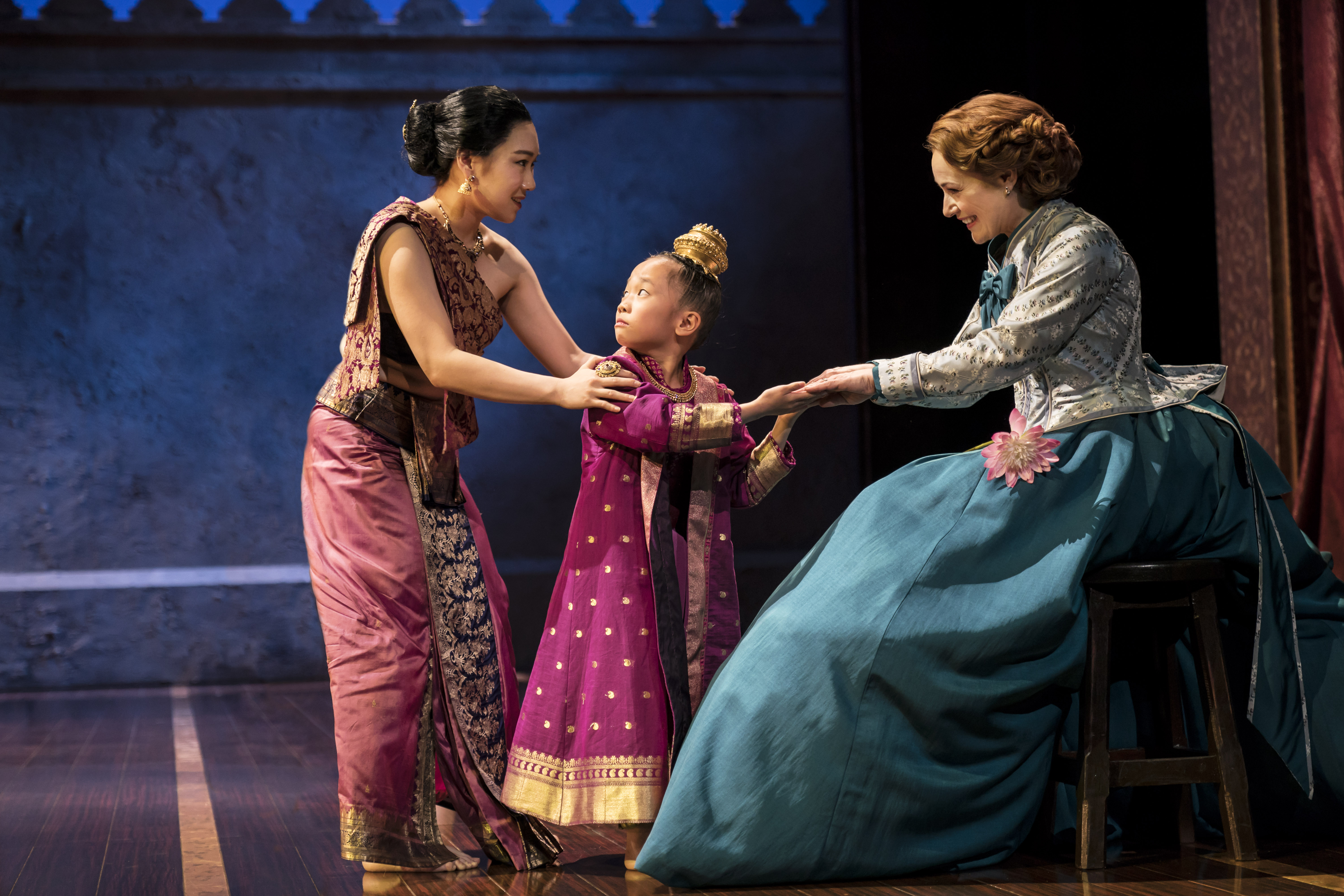 Musical highlights include some of the most famous songs from the show Whistle A Happy Tune, Getting To Know You, and Shall We Dance? which features some lovely choreography and Anna wearing the most beautiful of period dresses, as well as We Kiss In A Shadow from Tuptim and her forbidden love, Lun Tha (Ethan Le Phong).

At almost three hours in length and with so many social and political issues explored in the plot, The King and I has an age guidance of eight (with no admittance to under twos). It’s definitely best-suited to older children. Just be prepared to answer a lot of questions afterwards!

The King and I is on until Saturday 18 January. With performances at 7.30pm Monday to Saturday and also 2.30pm Thursday to Saturday. Some performances are close to sold out, with limited availability of tickets. For more information visit the Wales Millennium Centre website here.

Homepage » children's theatre » A review of The King and I at Wales Millennium Centre, Cardiff