If you’ve been reading Cardiff Mummy Says for a while you’ll know we’re a family of book lovers. Reading stories to my children has always been one of my favourite things to do and it’s been a big part of our bedtime routine ever since my eldest was a few weeks old. She’s nine now and although she’s an avid independent reader she still loves snuggling up and being read to. She and her seven year old brother now read their little brother (who just turned five) bedtime stories and it’s the sweetest thing.

I’m often asked what books we recommend so at the start of 2019 I started a new monthly series where we share the books we have loved reading over the previous month. You’ll find all sorts here from new releases to old favourites: a mixture of fiction and factual as well as picture books and chapter books. Some we own ourselves; others are borrowed from our local library. Read on for our favourites from May, and click here for our January and February recommendations (sorry, life took over and I missed March and April!) 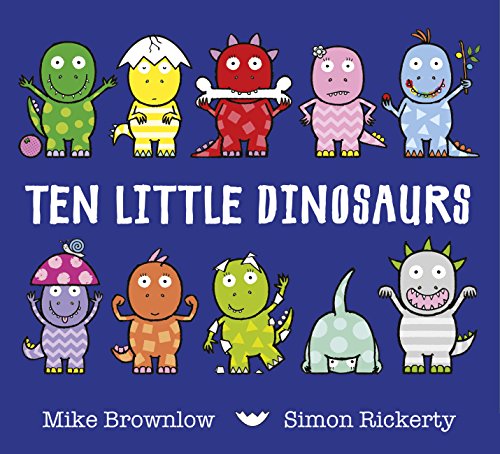 From the same series that includes Ten Little Pirates and Ten Little Princesses, this is a fun take on traditional counting books that sees Ten Little Dinosaurs setting off in search of adventure – and coming across a big snarling T-Rex, a shrieking pterosaur, a charging Triceratops and more. My dinosaur-loving five year old picked it up at the library and we read it every bedtime for about a week. The bright illustrations are great. 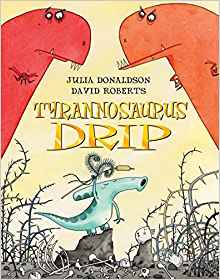 We have read a few of the collaborations between children’s storybook queen Julia Donaldson and illustrator David Roberts with The Troll and Jack and the Flumflum Tree big favourites in this house. Tyrannosaurs Drip is all about celebrating differences – although my youngest son loves it mostly because it’s about dinosaurs. A duckbill dinosaur egg accidentally ends up in a nest of tyrannosauruses. He looks so out of place when he hatches and his siblings can’t understand why he only wants to eat water weed and so they call him Tyrannosaurus Drip. When he runs away from home, he discovers he can swim. He finds a herd of duckbill dinosaurs and when they show him his reflection in the water he sees himself for the first time and realises he’s not a tyrannosaurs at all. When the tyrannosauruses come along intending to eat the duckbill dinosaurs, Drip is able to scare them away with their own reflections and becomes a hero.

Cops and Robbers by Janet and Allan Ahlberg 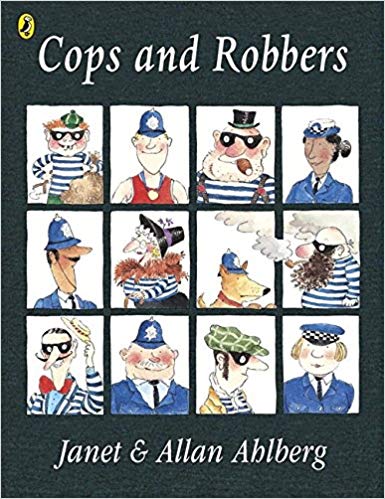 I featured the Ahlberg classic Funnybones in January’s round-up – but this is another favourite of both my sons. First published in 1978, the rhyming picture book is full of intriguing and detailed illustrations. The story follows a gang of London robbers as they plan to steal all the toys on Christmas Eve. Thankfully Officer Pugh and gang are out to catch and arrest all the villains. But will they manage to get all of them behind bars?

What Does An Anteater Eat? by Ross Collins 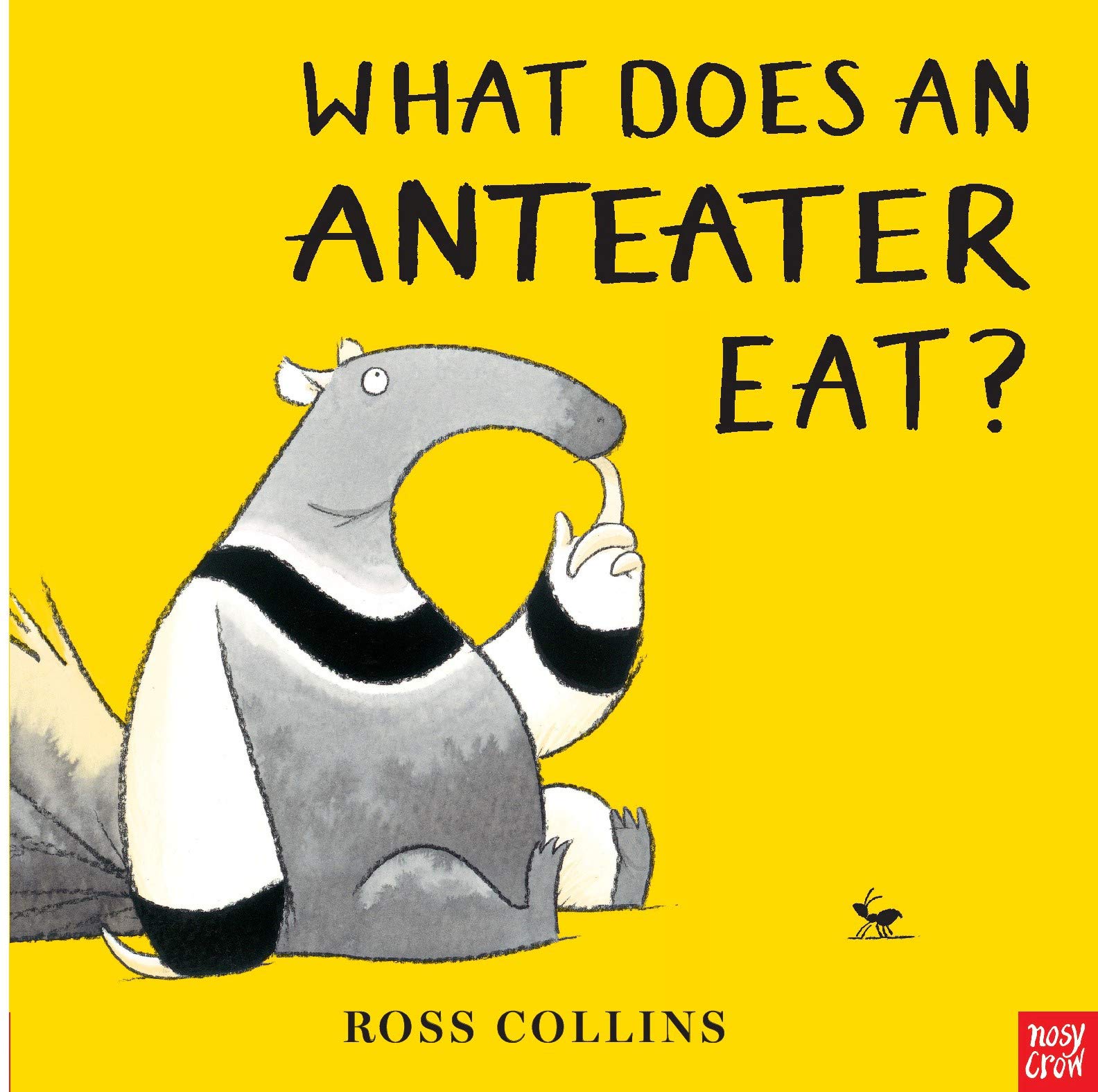 We picked this one up from the library and it’s been making us all laugh the last few weeks. Anteater wakes up hungry… but has forgotten what anteaters eat. He asks the other animals, but they’re too busy or don’t know. But then he comes across the ants… and it turns out the answer isn’t what you might expect. We also like the large clear text, which is great for those learning to read, and bright illustrations which fill the pages.

The Tiger Who Came To Tea by Judith Kerr 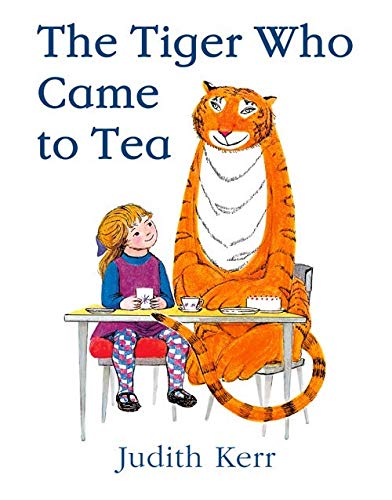 All three of my children have loved listening to this story over the last eight years or so – and although we were so sad to hear of Judith Kerr’s death last month at the age of 95, we know her legacy still lives on through her words. The Tiger Who Came To Tea was first published in 1968. Some have suggested that because Kerr grew up in Berlin just before the start of the Third Reich, the tiger represents the threat of the Nazis. Others have said the tiger is a metaphor for depression. Kerr however said the tiger is simply a tiger an she created the story after visiting a zoo with her three-year-old daughter. Whatever your interpretation, the tale of Sophie and the tiger who knocks up at the door and eats the entire contents of her kitchen is a timeless classic that you won’t mind reading again and again/. 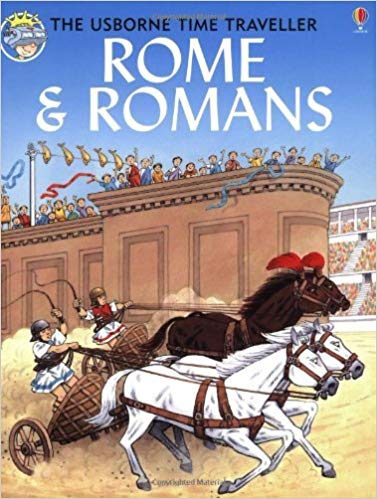 My seven year old son loves factual and historical books and this one is a particular favourite. We bought it a few years ago before a family holiday to Rome but it’s one he picks up all the time. The pages are full of colourful illustrations and small chunks of text, making it really accessible and easy to dip in and out of. There are pages dedicated to every day life such as going to school and going shopping, as well as games and races in the Colosseum and the Circus, and an insight into the Roman Baths. We also have the Viking Raiders title from this series, with others including Knights and Castles, and Pharaohs and Pyramids. 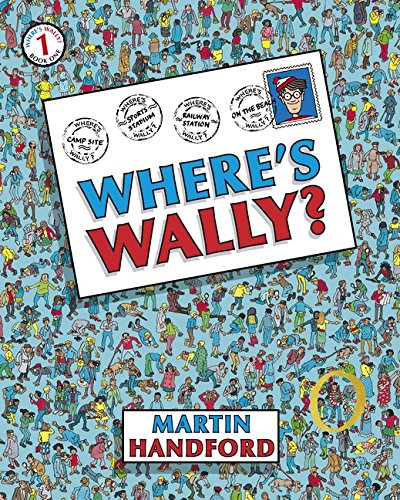 My seven year old and four year old sons love these books at the moment, spending hours searching for the stripy-jumpered character, his friends and other items in different scenarios around the world. The different pictures on each double page have so much detail in them and lots to spot, keeping children engaged for hours. We find these books great for long car journeys or while on holiday, and they’re also great for children who like books but don’t yet have the skills to read independently.

Similar books they have also been enjoying include the Welsh-language Ble Mae Boc? By Huw Aaron and the Star Wars-themed Where’s Wookie? 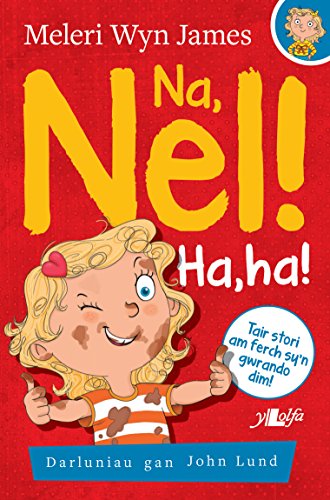 My children are in Welsh-medium education so I always try to include at least one Welsh recommendation in these posts. My nine year old daughter loves the Na, Nel! series of books. She especially likes that they’re original Welsh books rather than translations because, in her words, they were intended to be read in Welsh and don’t lose any of the imaginative vocabulary that sometimes happens with translations. Each book in the Na, Nel! series contains three separate stories about cheeky, funny, mischievous Nel and her antics. In this book chaos ensues when Nel pesters her parents to get her a dog; joins a choir and hosts a sleepover 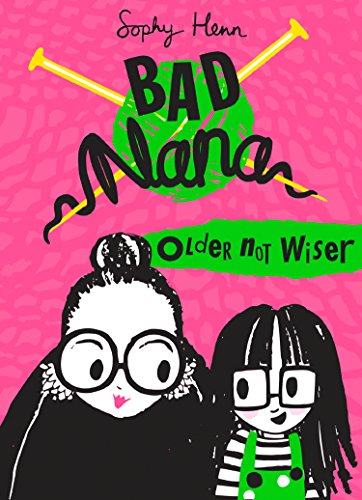 Bad Nana author Sophy Henn was in Cardiff back in April for Cardiff Children’s Literature Festival. Sadly we didn’t make her session as we were seeing something else – but we did get given a copy of Bad Nana: Older Not Wiser. My daughter read the entire book that same day and I read it to my boys soon after. Told from the viewpoint of 7¾-year-old Jeanie, Bad Nana is mischievous, cheeky and up to no good and not like a normal Nana at all. She crosses out all the NOT words in prohibitory signs and at the park and makes a school trip to the local museum a lot more interesting. It’s an easy read, with distinctive pink and black images breaking up the pages and the text sounding just like a child would speak.

Danny the Champion of the World by Roald Dahl 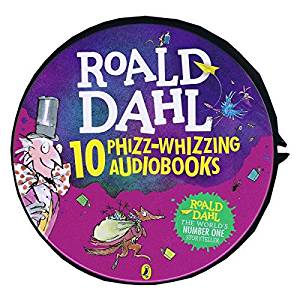 We don’t just read books; we listen to them too. We were given a Roald Dahl audiobook collection a few years ago featuring the author’s most famous works and they have been great over the years for keeping the kids entertained on car journeys. Last month we listened to Danny the Champion of the World again, read by Peter Serafinowicz. As with many of Roald Dahl books, there’s an element of danger and suspense, there’s a child hero and plenty of wonderfully descriptive language. The story follows Danny, who lives in an old caravan with his father William – who Danny discovers is a poacher. The two come up with a plan to capture all 120 of landowner Mr Hazell’s pheasants ahead of his annual shoot in revenge for William being caught in Mr Hazell’s trap while hunting one night. But will their plan to drug the birds with sleeping-pill-filled raisins work?

These are affiliate links, which means I will receive a small commission if you order through this link, at no extra cost to you.

Homepage » Books » 10 books my children have loved this month (May)