A sunny afternoon at Cardiff Castle provided the perfect backdrop for the first theatre show we have watched in over a year and a half. And as an outdoor performance with socially distanced seating, Pinocchio is a great option for those feeling a little nervous about indoor events.

Pinocchio is playing at the Castle as part of Live Under The Stars, a series of outdoor performances which has already seen a concert from Only Men Aloud and will see Motown, Abba and Whitney Houston tributes and a homage to Welsh stars of the musicals performing at the iconic Welsh venue over the coming week.

We were lucky enough to be invited along today to see the Pinocchio. Here’s what we thought. 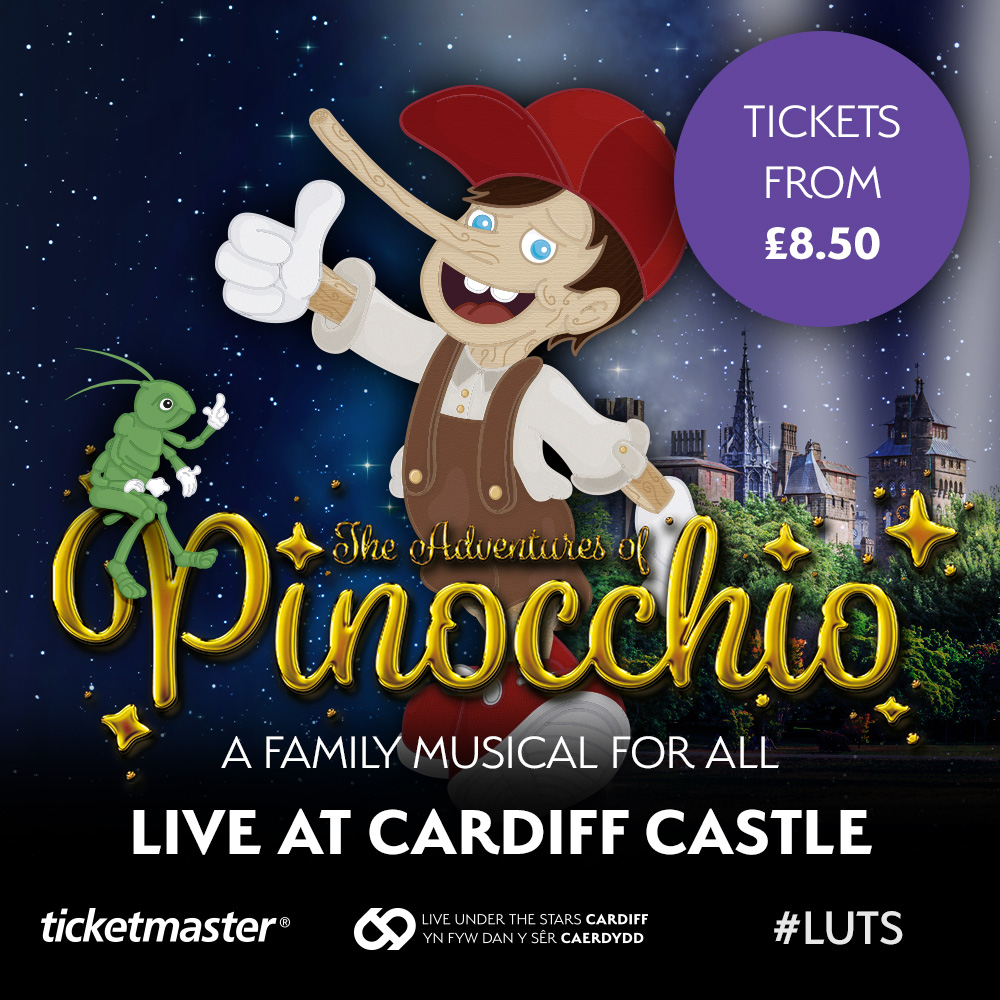 The story of the wooden puppet who wants to be a real boy is a familiar one thanks to the Disney animated film, but this production has its own original story and musical soundtrack with plenty of local references and even a little singalong of familiar Welsh songs. In fact, with plenty of audience participation and scheming ‘baddies’ the show has more in common with panto than Disney.

Much of the show is set in Cardiff Castle itself, with a replica of the famous animal wall forming the set. Pinocchio finds himself in the Welsh capital as he hunts for four precious jewels to help save the universe and thwart the evil magician Stromboli, who wants Pinocchio’s magic for himself.

It’s probably best suited for children aged 3-8 but my three who are now 11, 9 and 7, still found plenty to enjoy in this fun and lively show that works well in the large outdoor arena.

Highlights for us included the talking animals from the castle wall (one of which is inspired by Nessa from Gavin and Stacey much to the amusement of us older audience members), the bilingual Welsh dragon Dewi who raps about the many delights of Wales, and the bickering Fox and Cat trying to persuade Pinocchio to join them for a life on the stage.

One downside with the temperamental Welsh weather is that the audience seats are not under cover (although the stage is) so come prepared for rain and/or bring your sun cream and sunhats. A limited number of covered pods are available at a higher price for those who don’t want to take a chance on the weather, although as these are set slightly back from the rest of the audience, the atmosphere is not quite the same as in the midst of the audience. 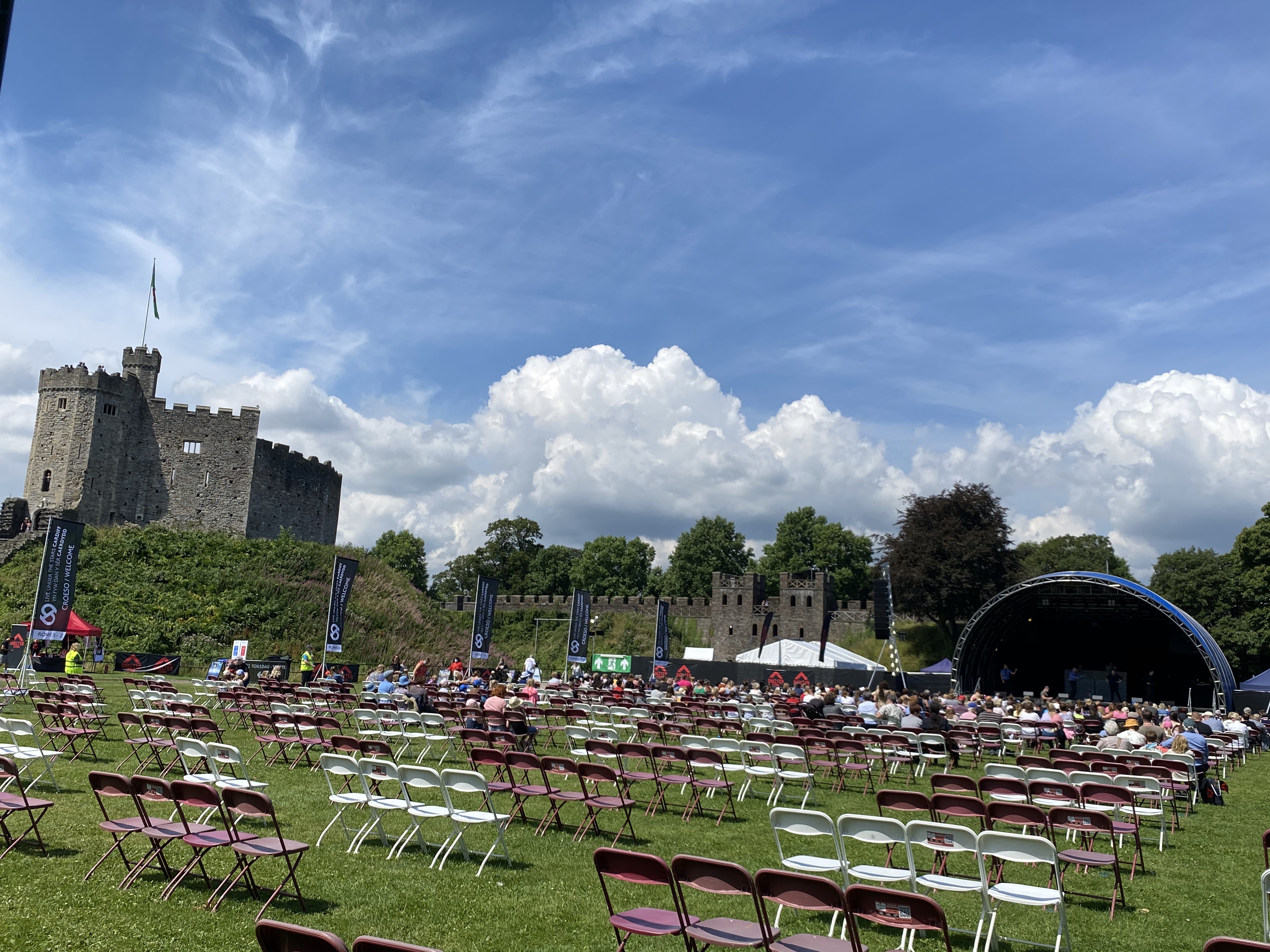 You can’t bring your own food or alcohol into the show, but you can buy from the vendors inside (hot dogs, chips etc) and even get your order delivered directly to your seat.

Recent changes in government guidance means more tickets for the show have gone on sale so there’s good availability for the remaining performances.

For half price tickets use the following links: