I was a little apprehensive walking through the door into Snakes, the new exhibition at National Museum Cardiff this summer.

I don’t have a phobia or anything… but I do find the slithering reptiles a little scary and so it was with a little trepidation I approached this new exhibition, which has arrived in Cardiff as part of a UK tour.

My children had no such qualms. They were keen to see everything Snakes! had to offer, enthusiastically moving from one exhibit to the next, trying out the interactive displays, marvelling at the giant snake photos and watching the live snakes behind their glass cases. 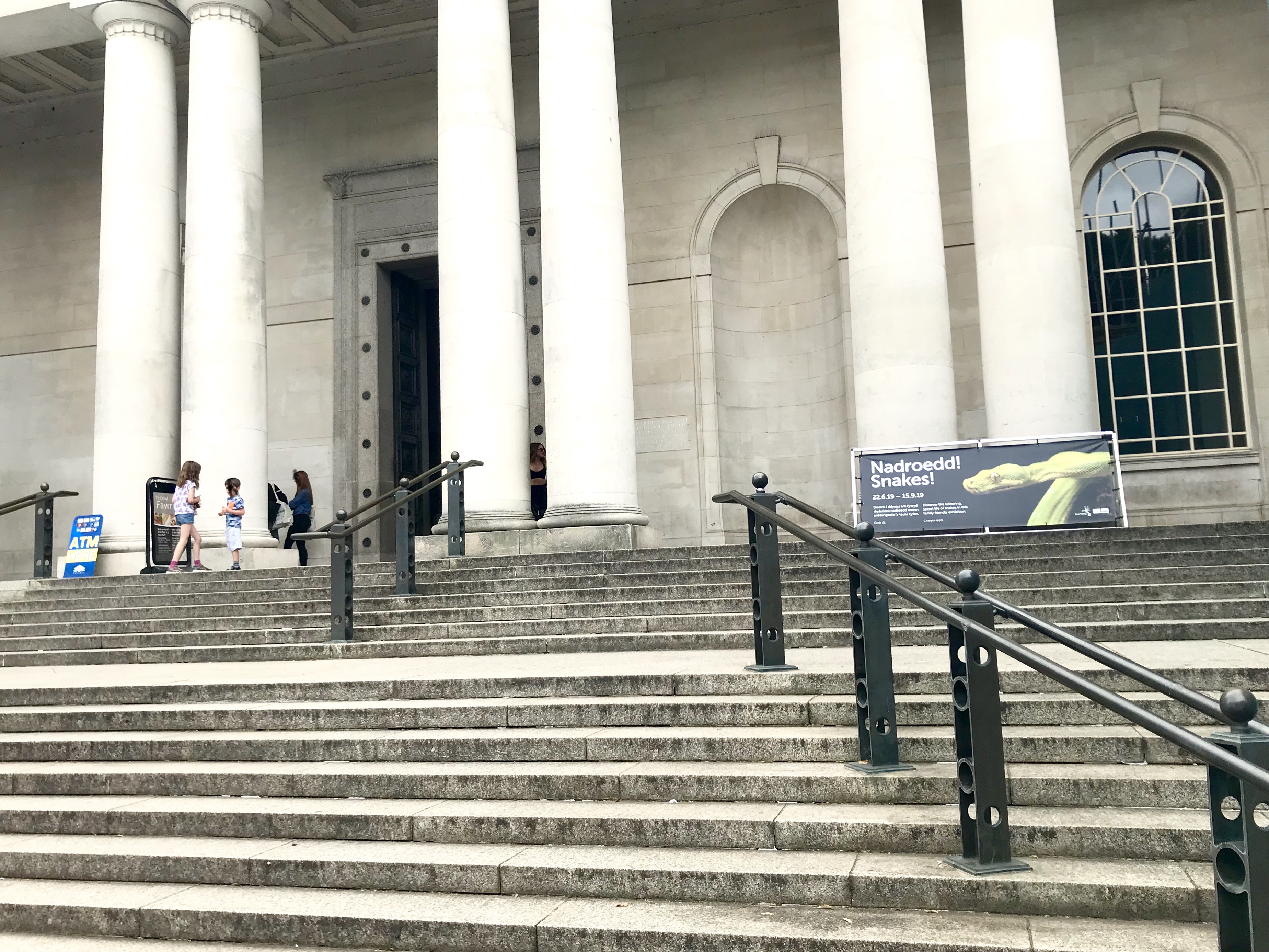 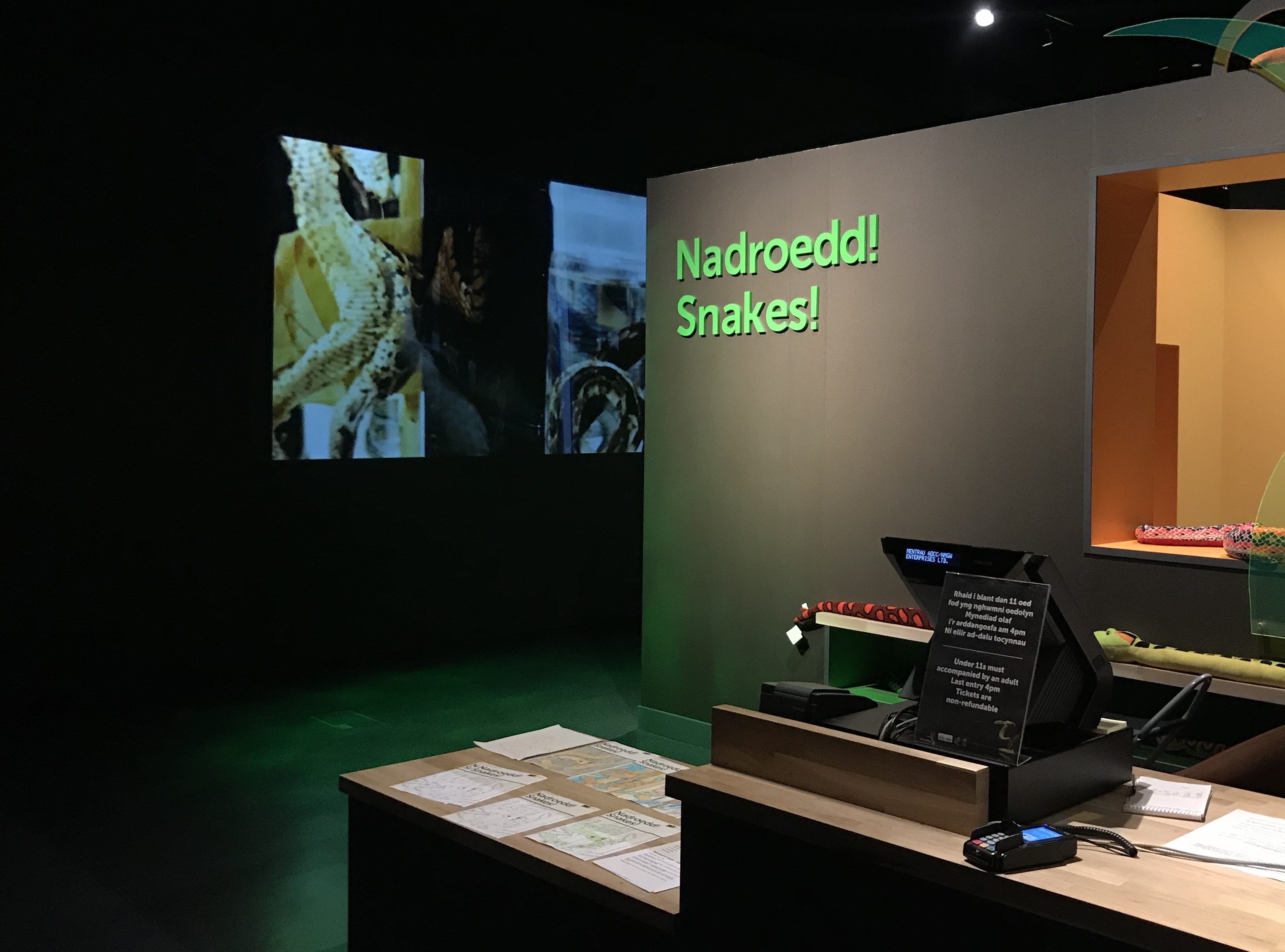 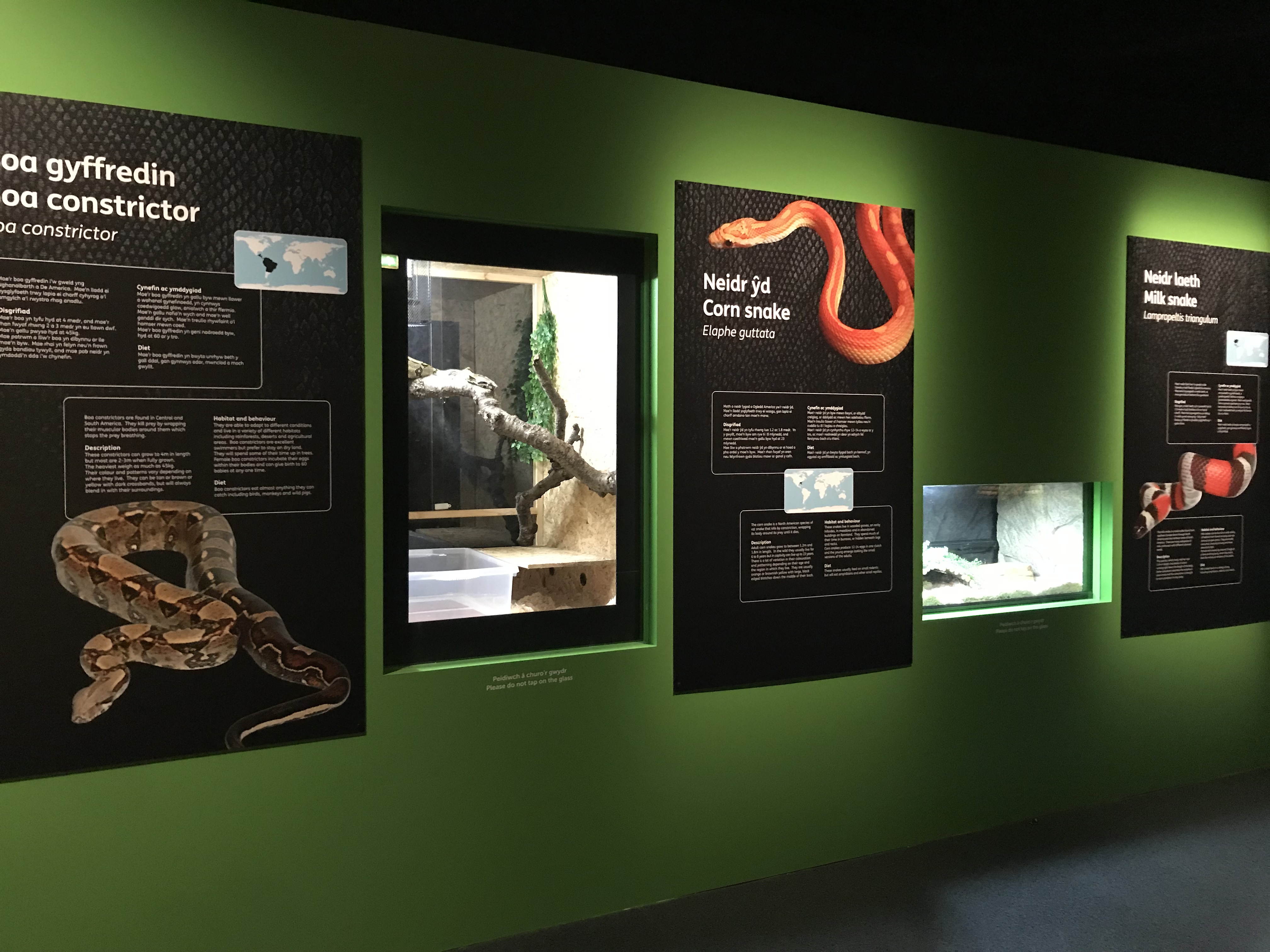 Yes, live snakes! There are four living, breathing snakes inside this exhibition, including a boa constrictor and a royal python.

We saw two of them moving around, while the others were curled up sleeping.

Their presence will undoubtedly be one of the highlights of the new ticketed/paid-for exhibition, which has overtaken one of the ground floor galleries until September.

But even without the reptiles there’s plenty to engage families. 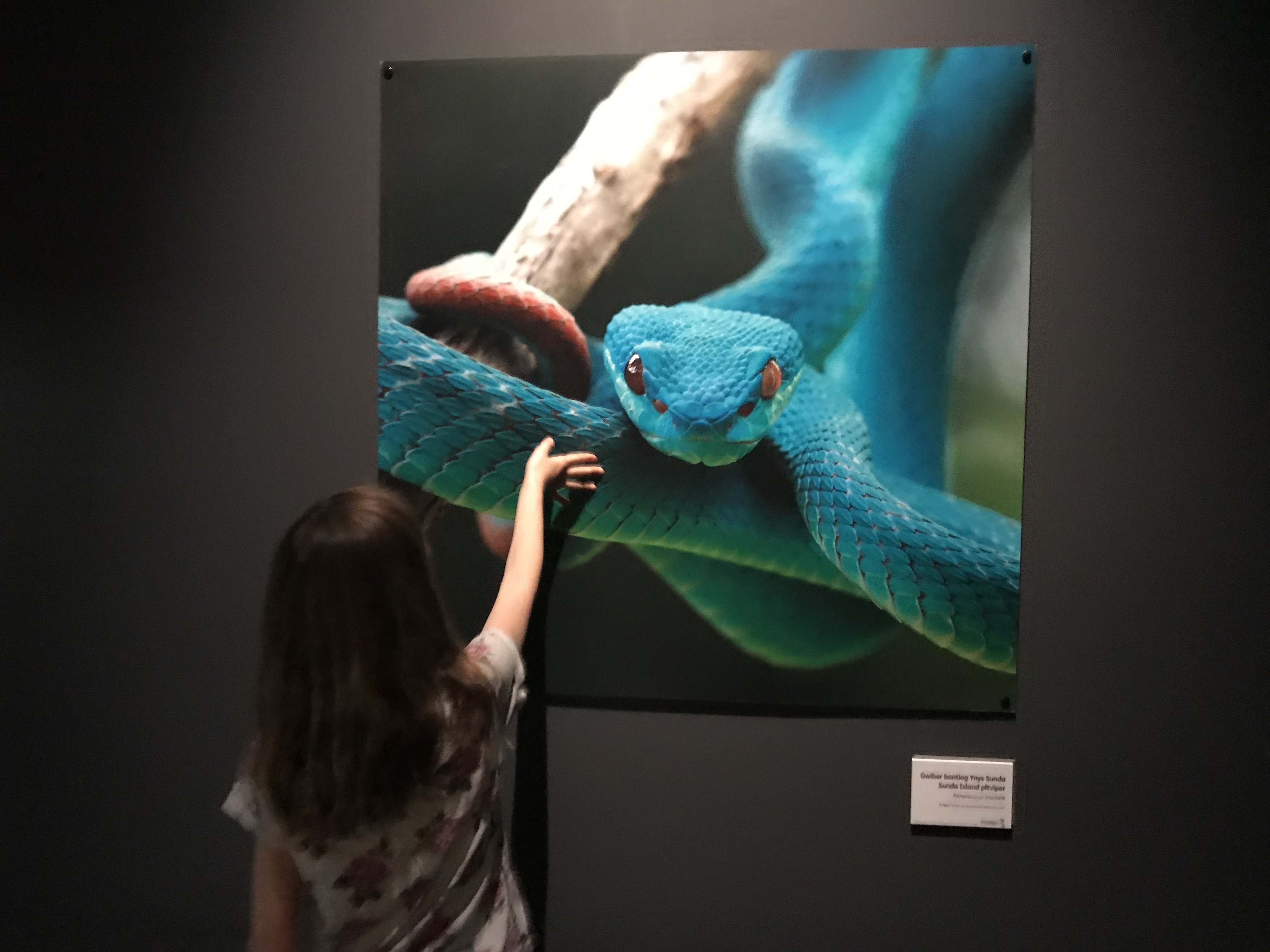 Some of my children’s favourite elements included the weighing scales where you can see how your weight compares to some of the world’s biggest and deadliest snakes. Me and the three children combined didn’t even come close to some of them, which is a scary thought indeed.

My eldest two children, aged nine and seven, enjoyed the giant interactive quiz where visitors have to open the doors to see if their answers are correct, as well as a board featuring 12 draws, each of which opens to reveal some kind of snake trivia, including sounds and videos. My five year old also really liked the snake-themed colouring in sheets and foam block snake jigsaw and the three of them enjoyed the giant jigsaw. 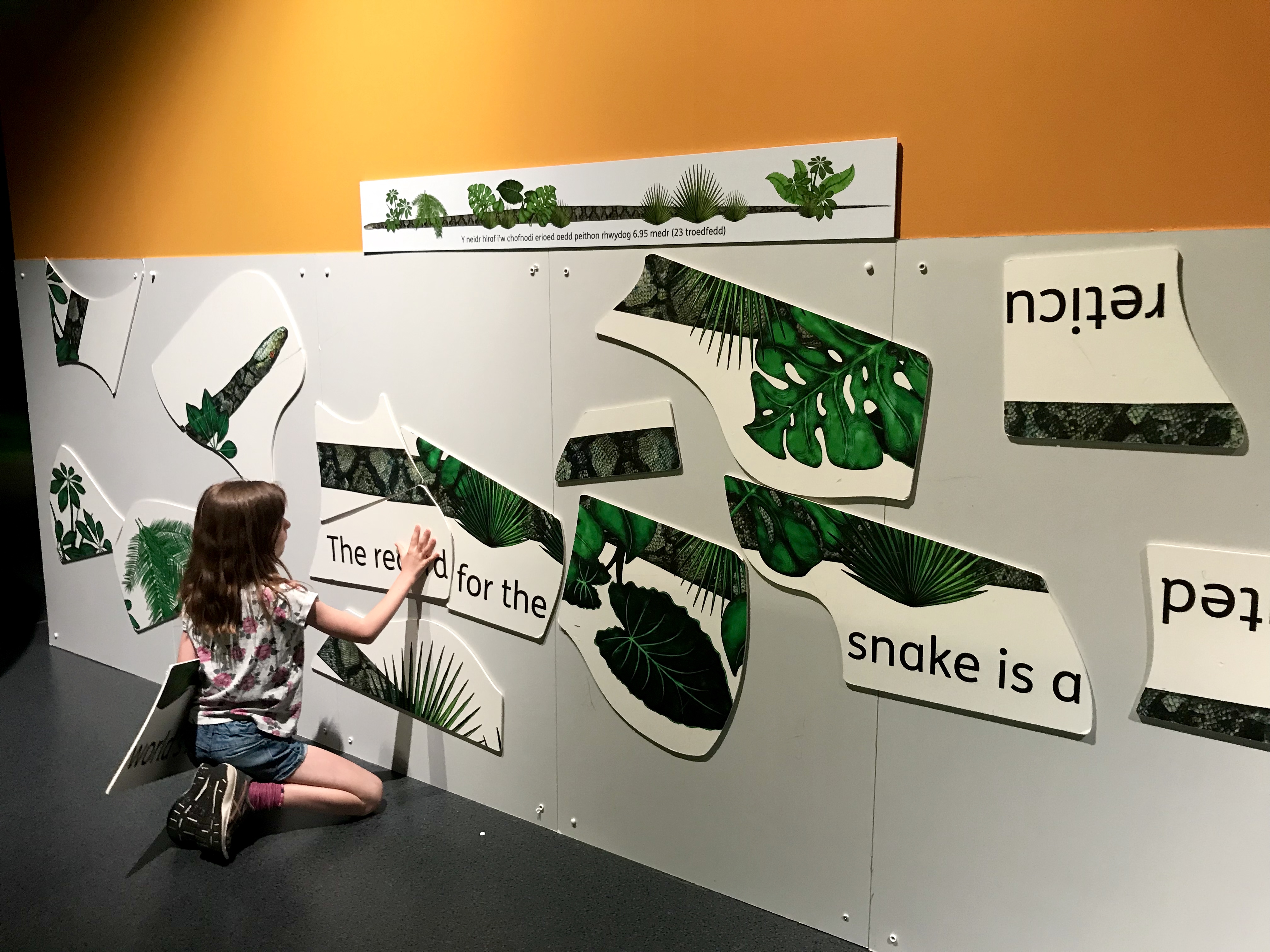 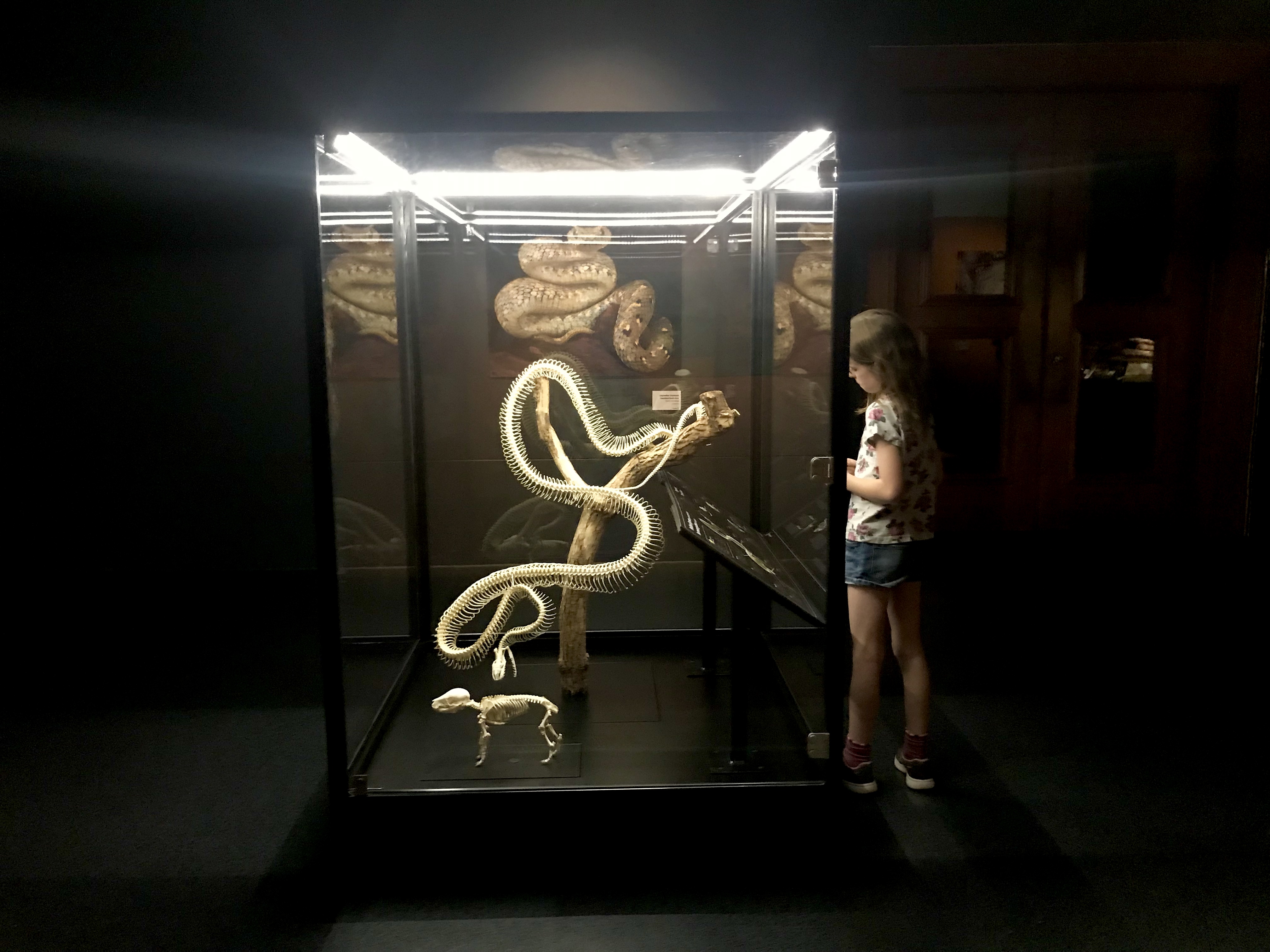 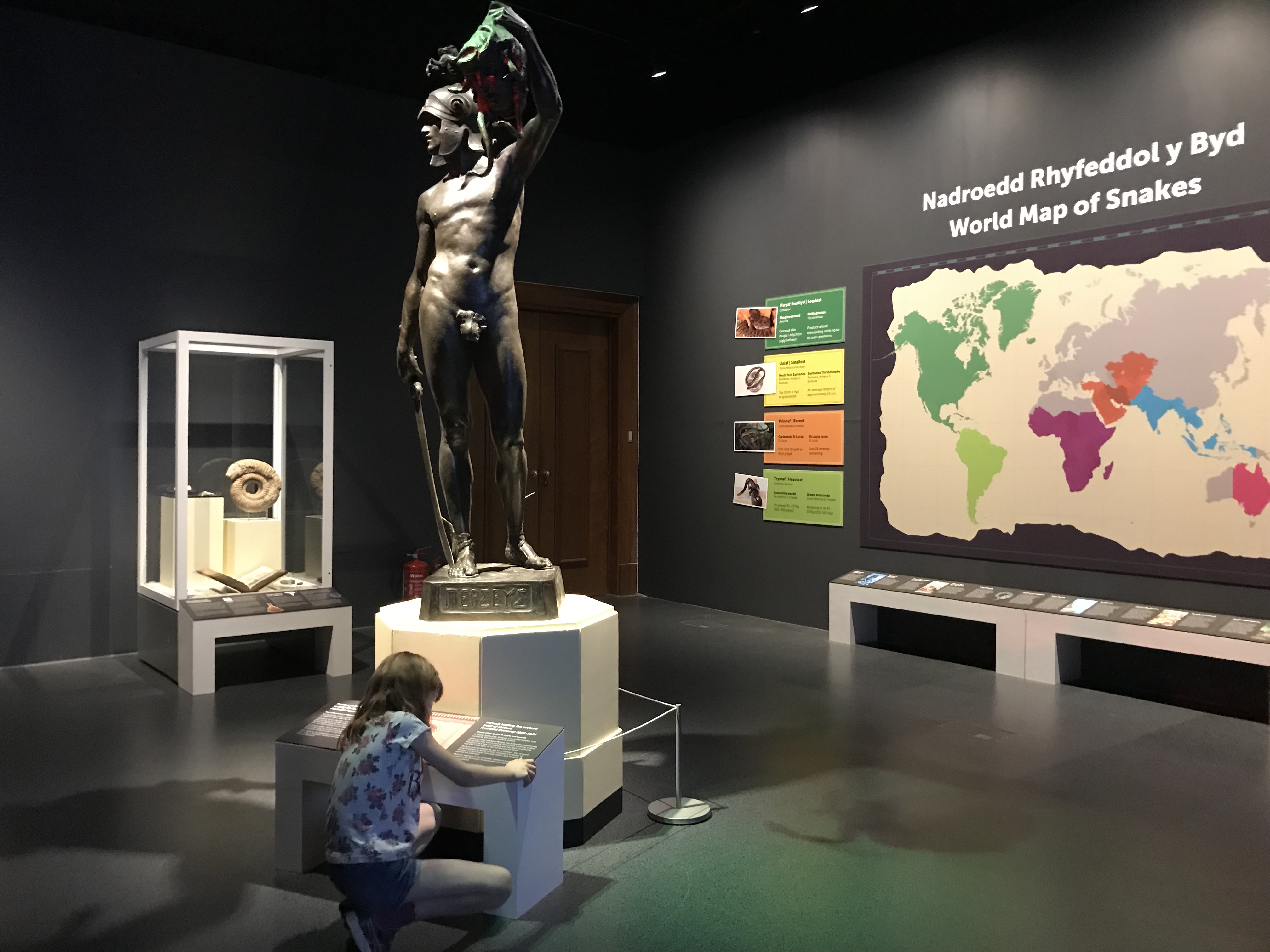 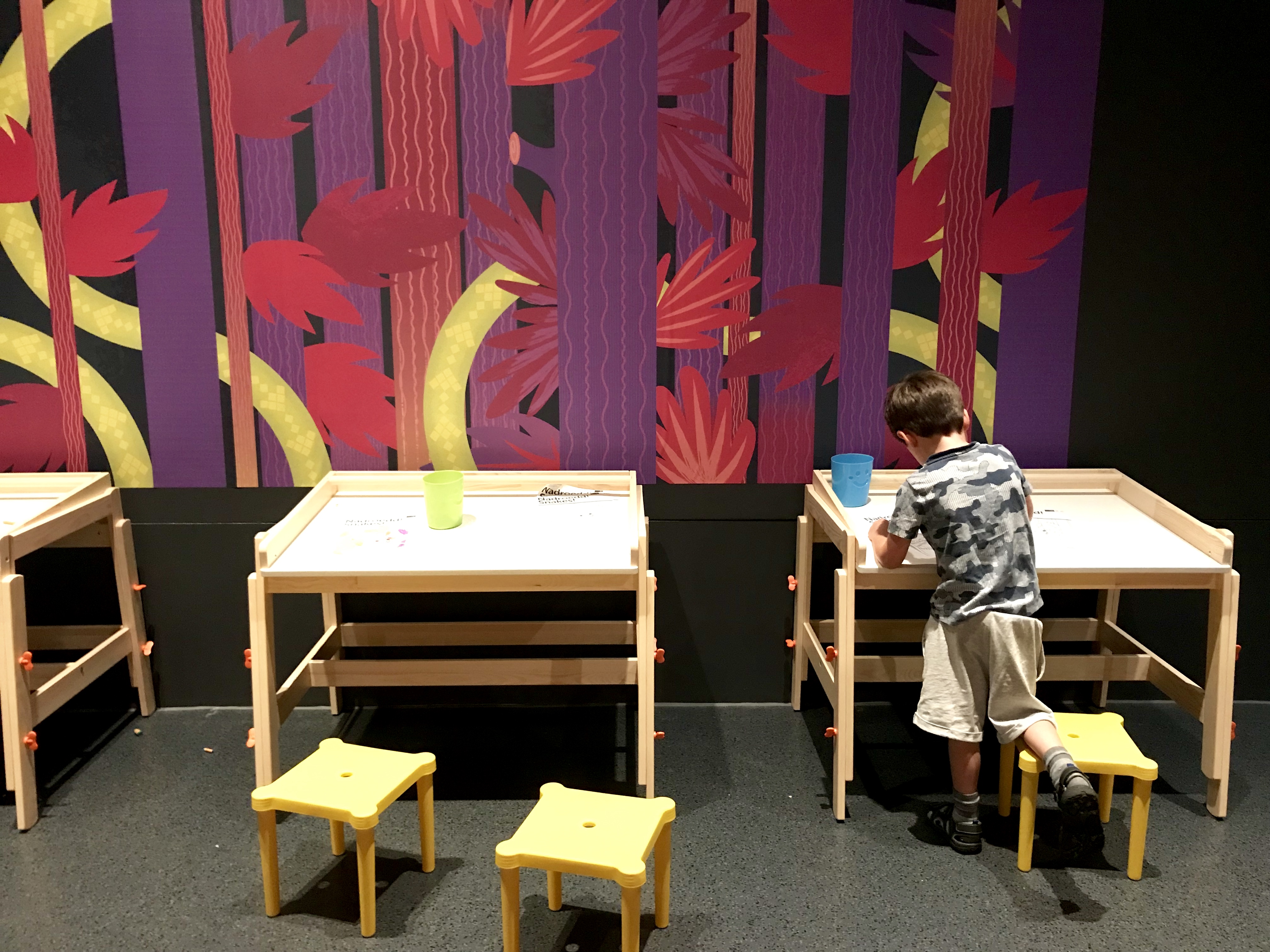 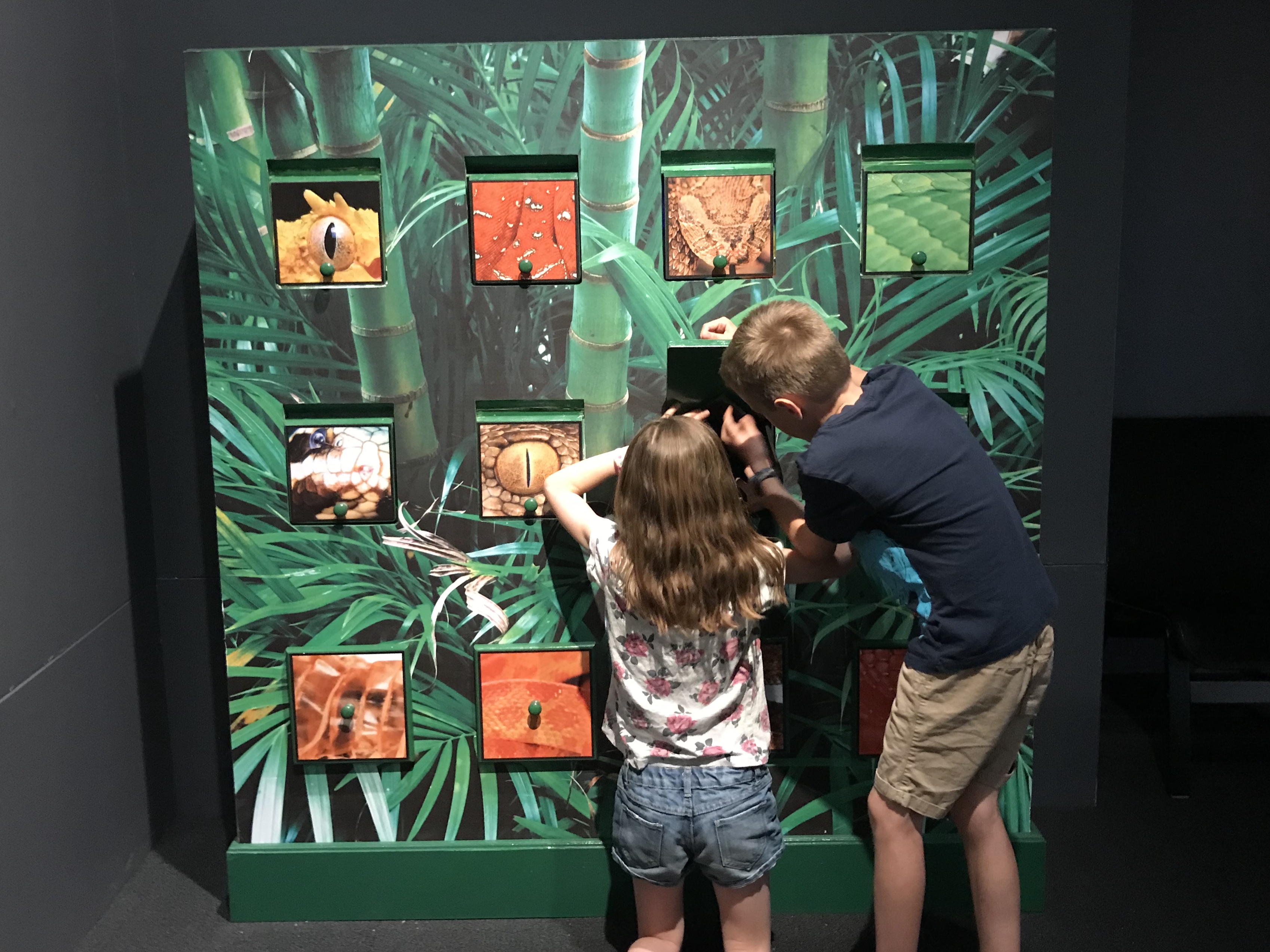 The exhibition also focuses on the role of snakes in popular culture, with a video installation of famous films including snakes including Harry Potter and Indiana Jones. There’s also a nod to snakes in ancient culture too, with a statue of Perseus holding the severed head of Medusa, whose hair was famously turned into snakes and whose gaze could turn people into stone.

We were in the gallery for around an hour and a quarter, before heading off to explore the rest of the museum (which is free to visit). Some of our favourite exhibits elsewhere at National Museum Cardiff include the dinosaur area, featuring skeletons and reconstructions, the humpback whale skeleton in the natural history gallery, and the Clore gallery, where you can get hands-on with historical artefacts. 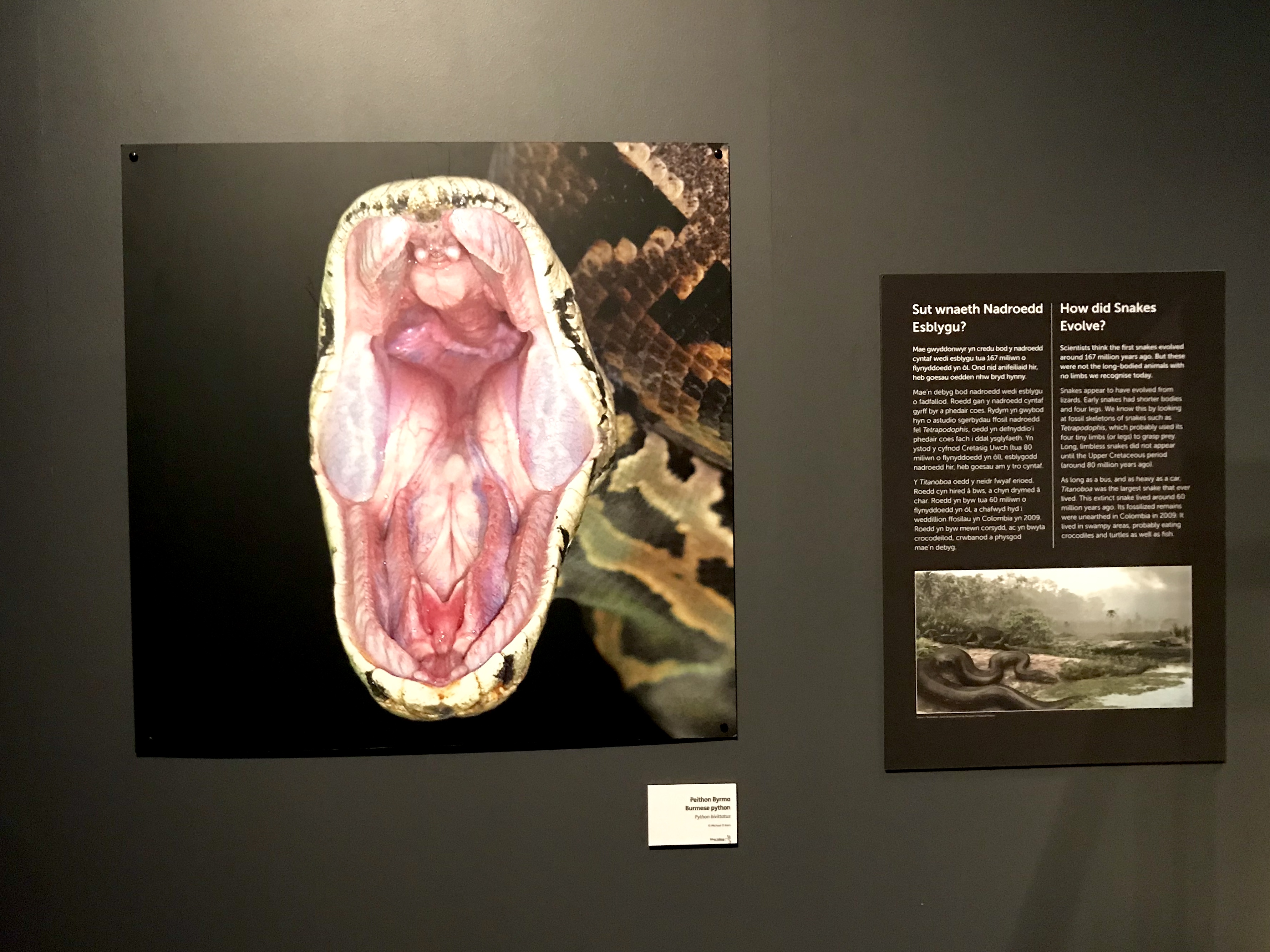 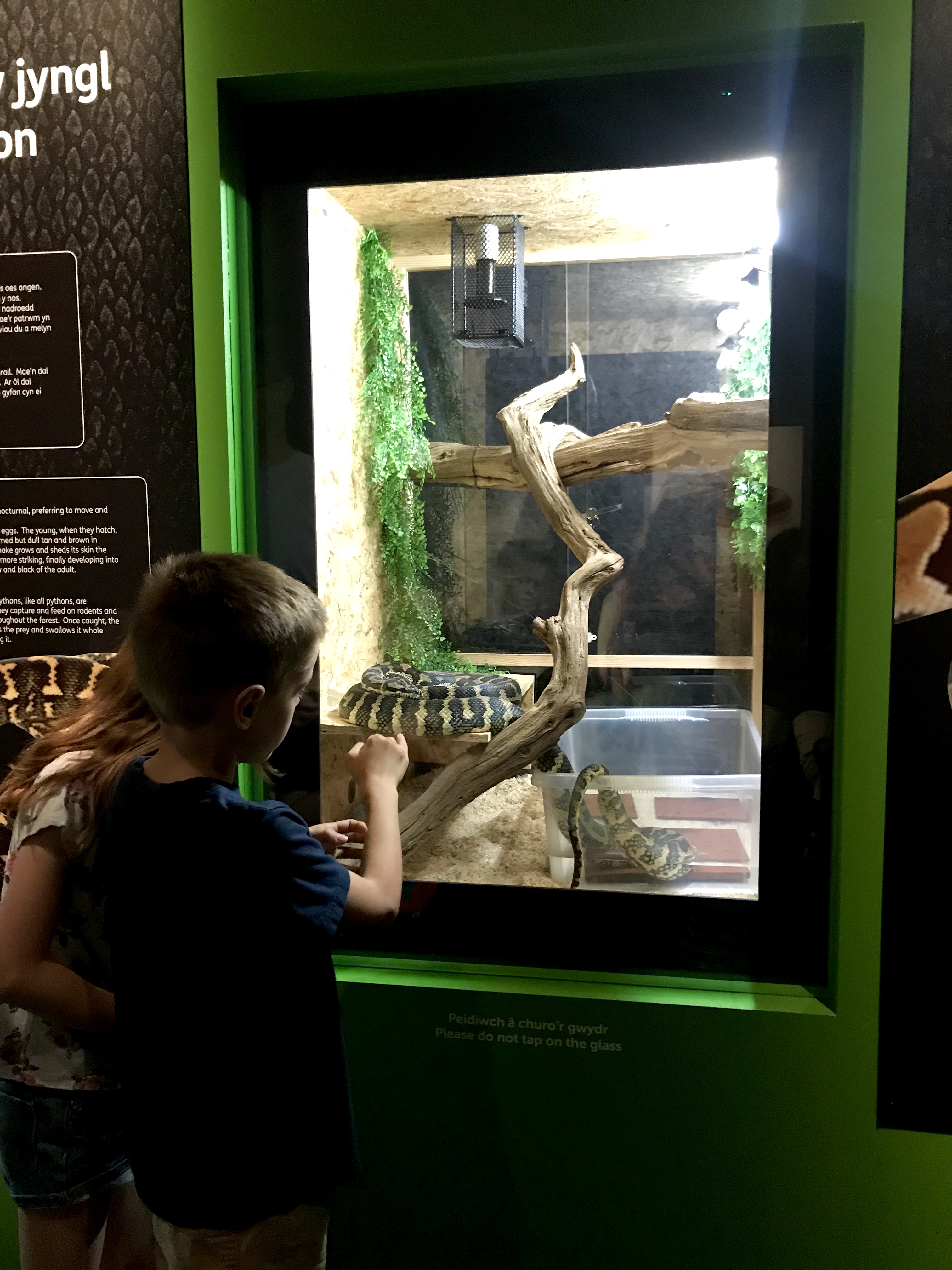 Snakes! is at National Museum Cardiff until 15 September 2019. Adults £9, children 4-18 £5, family – one adult and up to three children £17; two adults and two children £20. (Prices include charitable donation to the museum; cheaper tickets available without donation.) Buy your tickets on the day of your visit. Tickets cannot be bought in advance. Last entry 4pm.

See the website for details of Hissy Handling sessions on Wednesdays 7, 14, 21 and 28 August, costing £5 per person. Must be booked in advance.

Snakes is a touring exhibition created by Blue Tokay, with additional content from the natural sciences collections of Amgueddfa Cymru – National Museum Wales. The exhibition is supported by players of the People’s Postcode Lottery 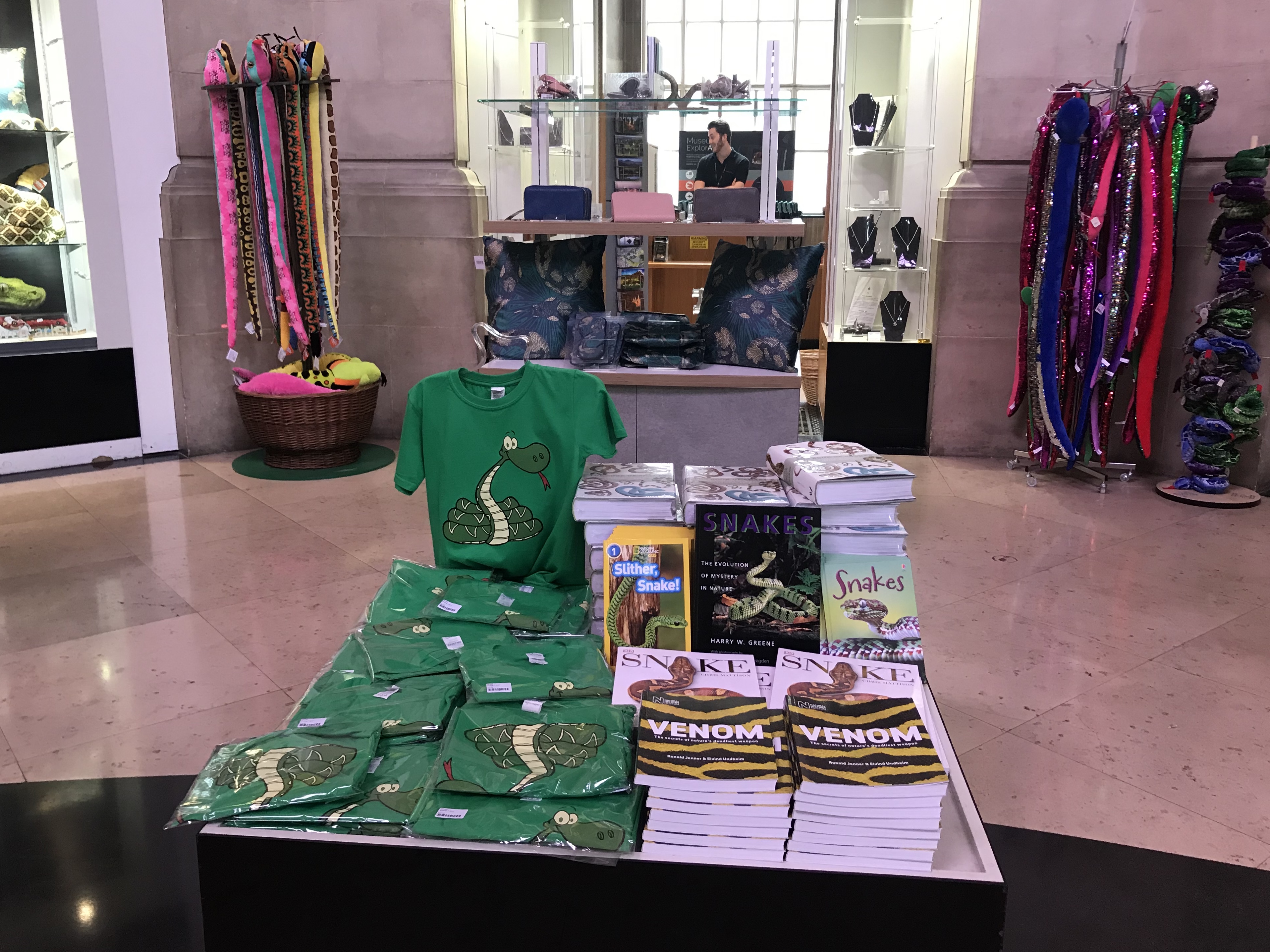 One lucky Cardiff Mummy Says reader will be able to take their family to see the exhibition for free, thanks to this brilliant giveaway, in association with National Museum Cardiff.

The prize includes one family ticket for Snakes! for two adults and two children or one adult and three children aged 4-18 to any available session subject to availability.

For a chance to win, leave your answer to this question on the Snakes! post on the Cardiff Mummy Says Facebook page.

Q. Which character from Greek mythology had
a head of live, venomous snakes in place of hair?

Homepage » Cardiff » A review of Snakes! – the new exhibition at National Museum Cardiff this summer. Plus win a family ticket (AD)