When tickets for Pugh’s Garden Village’s The Magic of Christmas went on sale in October, they sold 13,000 tickets in less than a week. December weekends and the days close to Christmas sold out completely in less than an hour. Parents I know set reminders on their phone so that they didn’t miss the on sale date. Others had browsers open on multiple phones and tablets to up their chances of securing tickets. Some friends sadly missed out in the frenzy.

The Welsh press picked up on the story and, as a previous paying customer of Pugh’s Christmas experience, I found myself talking to BBC Wales Online, BBC Radio Wales and BBC Radio Five Live about just what makes it the hottest ticket in town over the festive season. 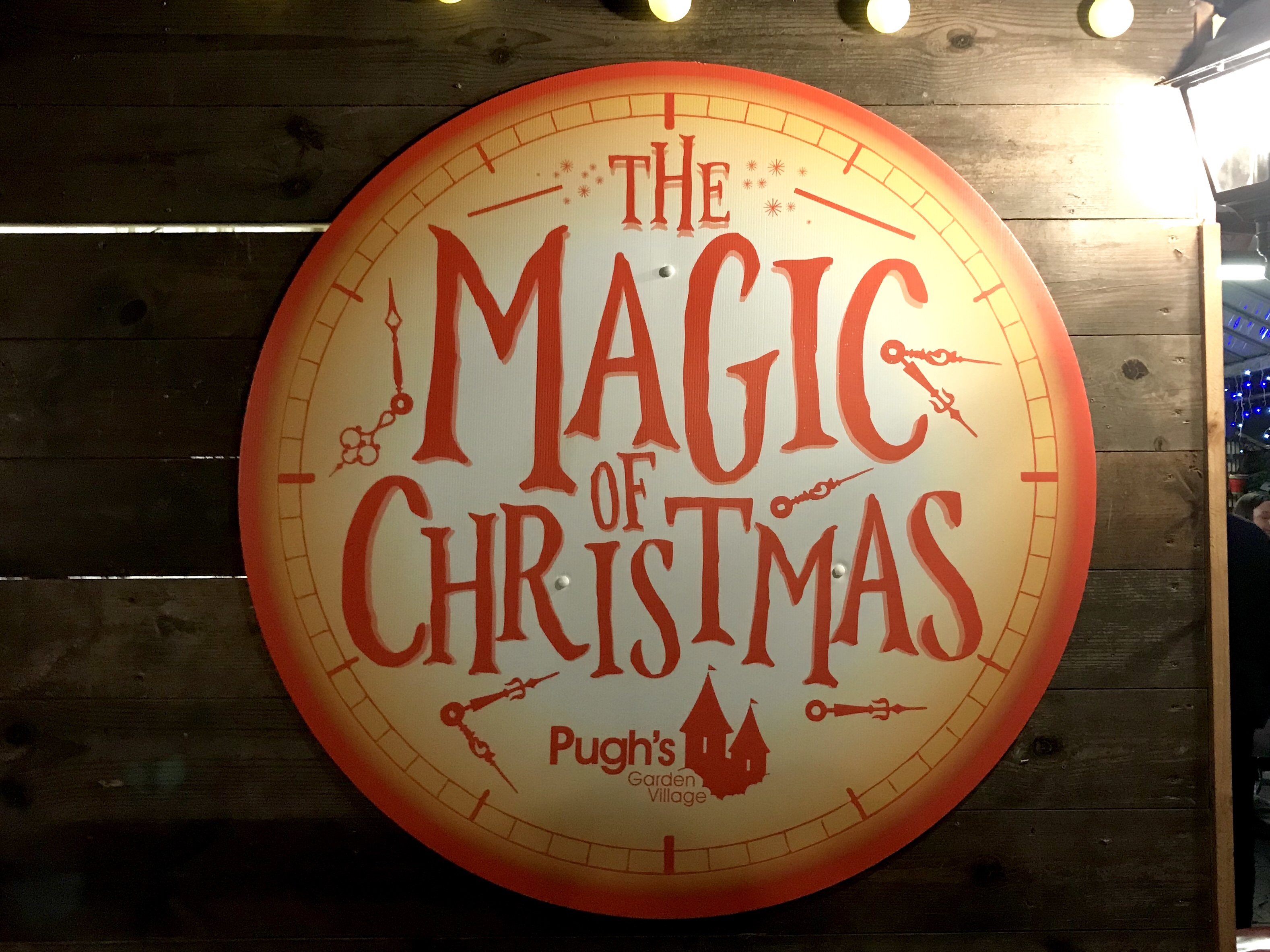 If you ask my children what makes it so special, it’s because they heard my radio interviews and know that Pugh’s have the ‘real’ Santa, rather than one of his magical helpers.

For me though the answer to its success is simple. It’s a well thought-out half hour experience; it offers value for money; you never feel rushed through; the different rooms you journey through are incredibly well-made; it’s interactive and gets children and adults of all ages involved; and the Father Christmas looks exactly as you’d want Father Christmas to look with a luxurious red suit, black shiny boots, white gloves and a real beard.

With tickets for children priced at £15 and adults £5, it’s not the cheapest of experiences but Pugh’s have proven year after year that theirs is an experience worth investing in. As a family-run business you get the feeling that the whole Pugh’s team really care about making Christmas as magical as possible, rather than it just being a seasonal money spinner. In fact, after raising money last year to support Tŷ Hafan, Pugh’s have pledged to raise £12,000 for Bobath Cymru this year to help provide life changing specialist therapy for 20 babies who have cerebral palsy.

We were excited to be invited to review this year’s Magic of Christmas experience, which involves a train journey to the North Pole; collecting unicorn poo; singing Christmas songs in a wintery village; a spot of magic with a room full of elves; and a meeting with the man in red himself.

WARNING: The rest of this review contains huge spoilers so if you’ve booked tickets but are yet to visit and want to remain surprised then stop reading now and come back to compare notes when you’ve been!

We arrived at Pugh’s after school and felt like we’d stepped straight into Christmas from the moment we entered the main store. Their Christmas shop is wonderful – beautiful shimmering decorations adorning different styles of trees; lights shimmering away; displays of Christmas books; a winter selfie scene with a snowy white unicorn, snow owls and rabbits. 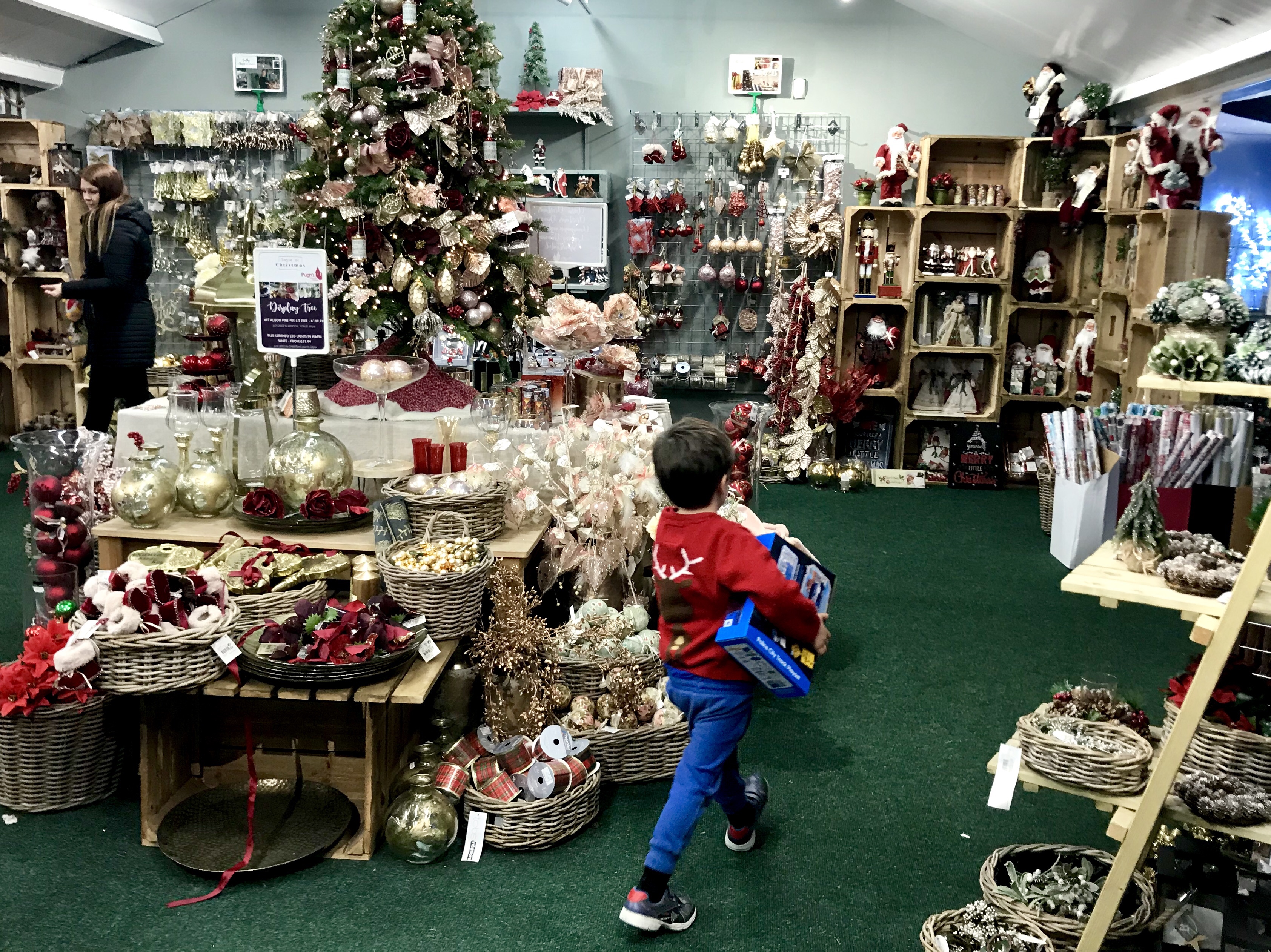 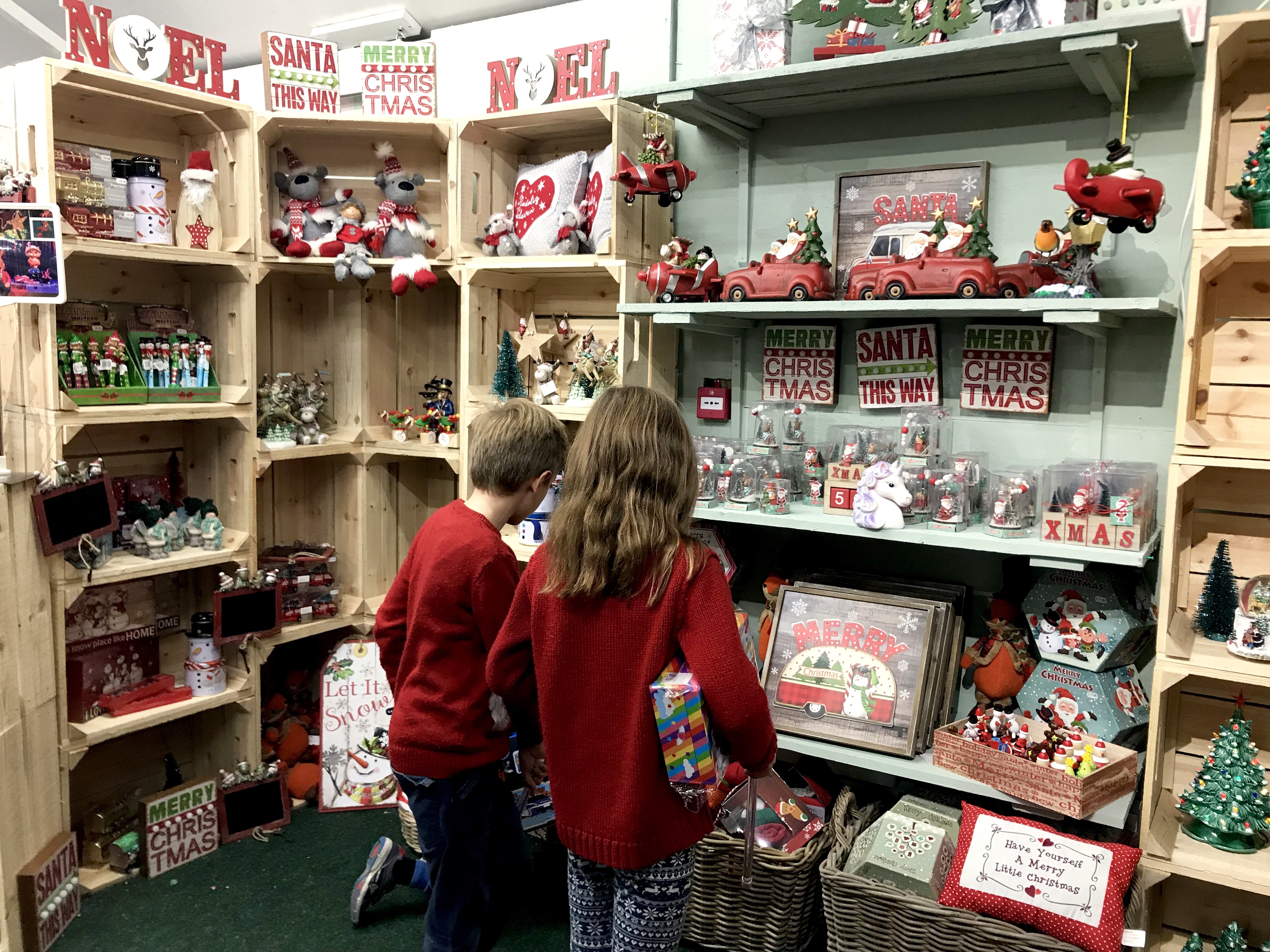 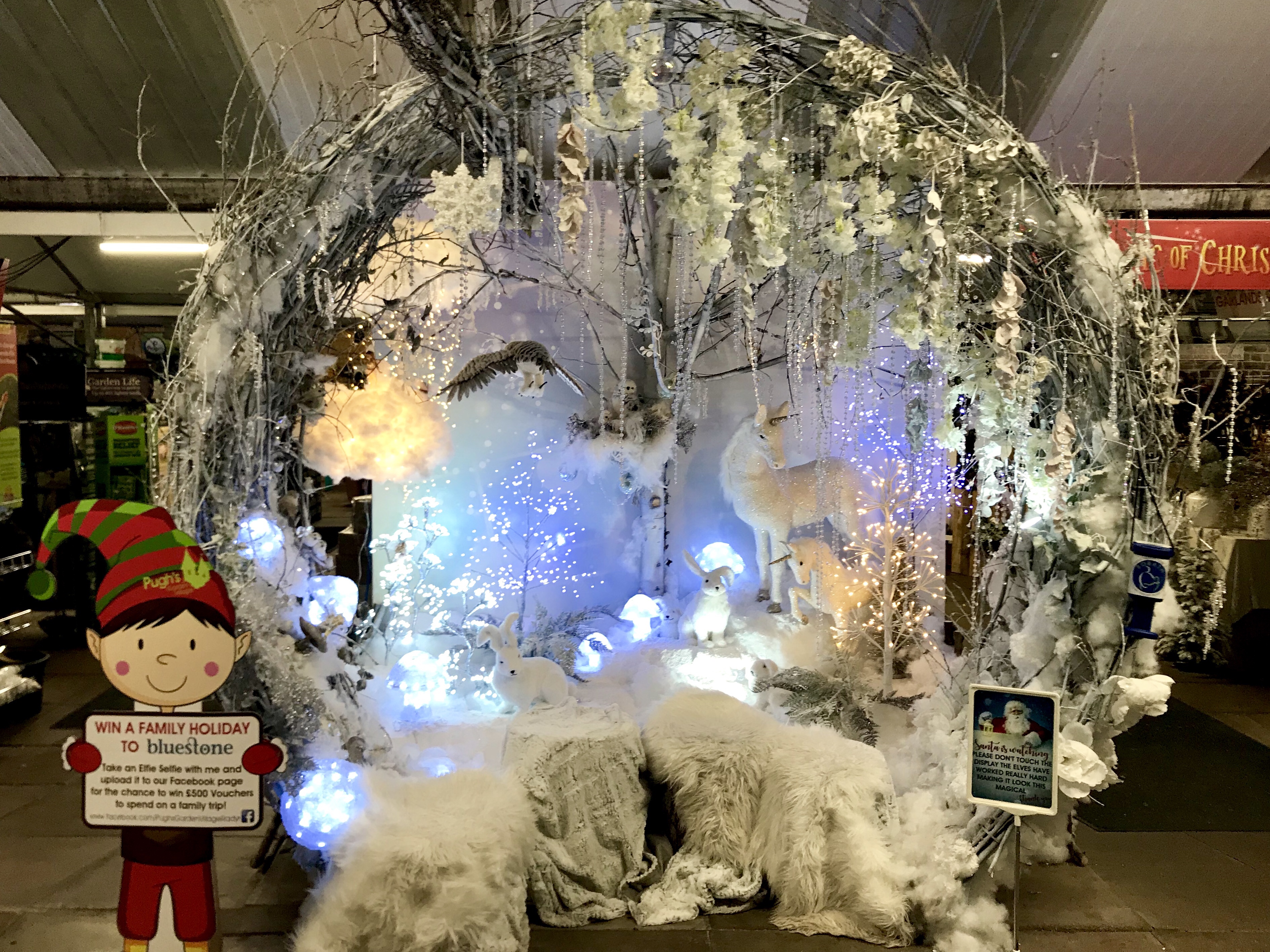 The Magic of Christmas begins at the back of the store at ‘Radyr Cross Station’, where we were greeted by two friendly elves in the ticket office. They checked us in and directed us to wait on the platform until it was time for our train to depart. Each time slot caters for six children and up to 15 accompanying adults so while you might find yourself sharing the experience with other people it won’t feel overcrowded. 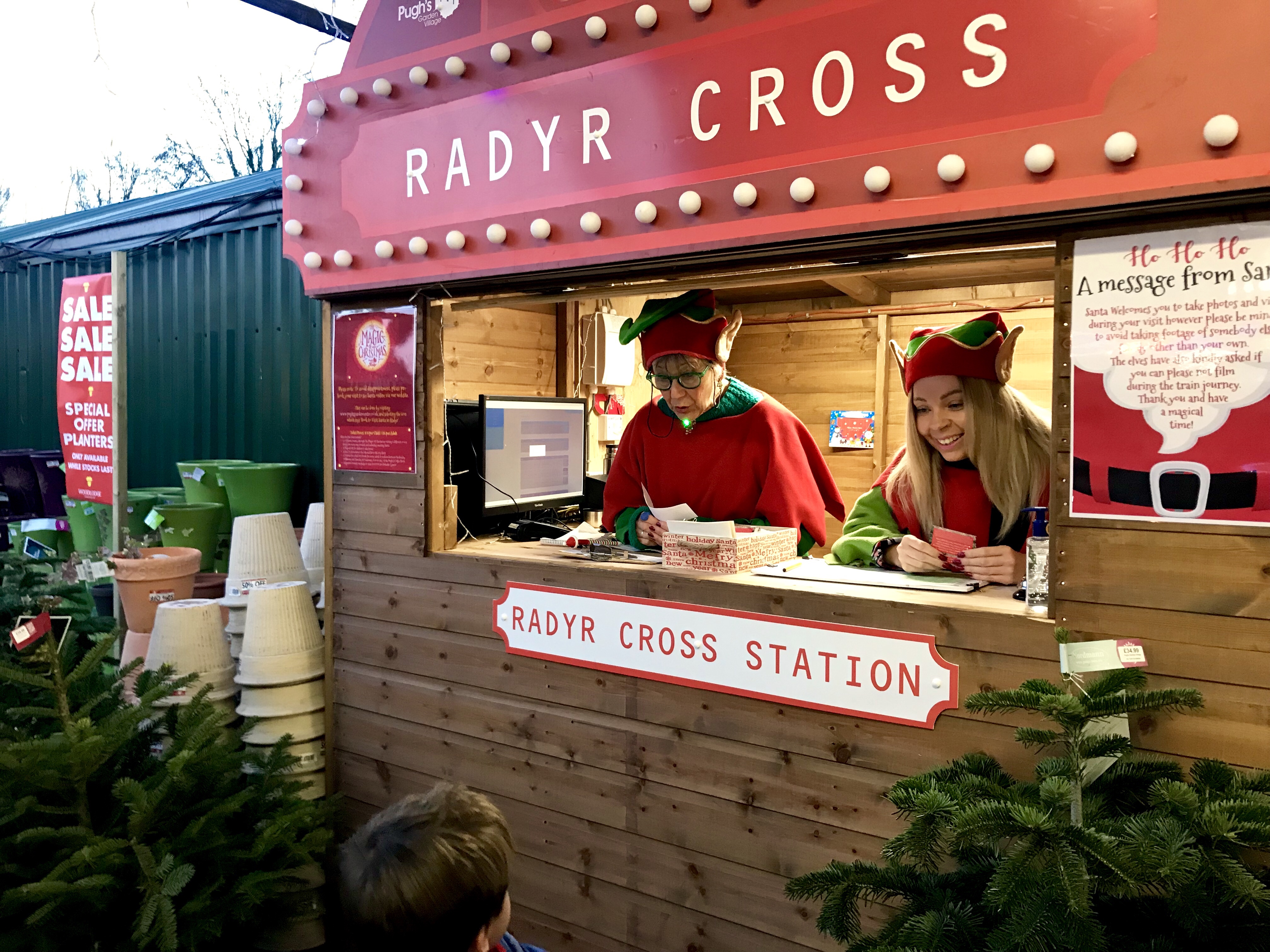 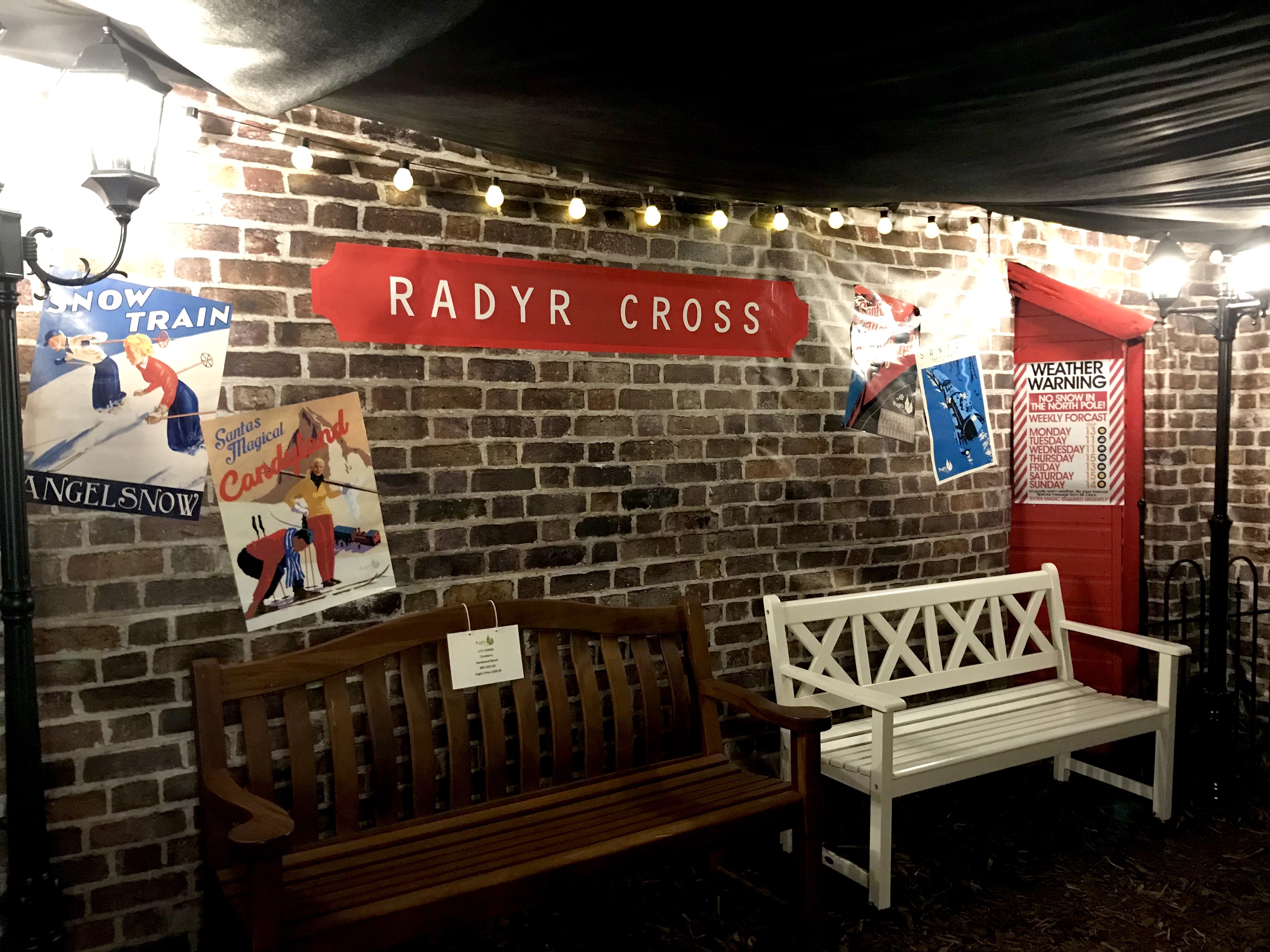 The elves manning the platform told us a little about our journey and gave us a magic word – Santacadabra – that would help us throughout.

A few moments later the red doors of our train opened and we were invited on board by another elf who told us we would be heading to the North Pole where there was a problem because it had stopped snowing. 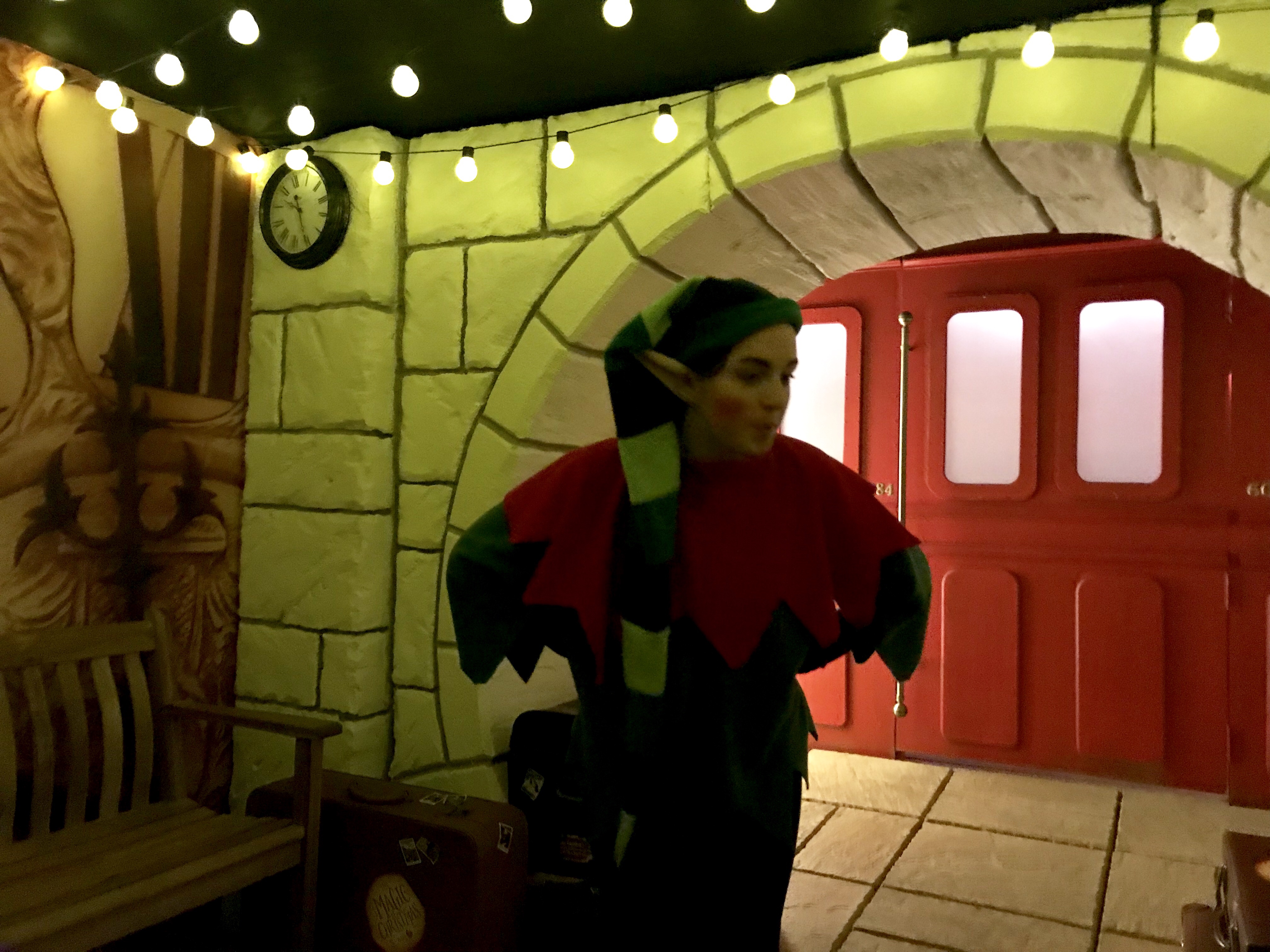 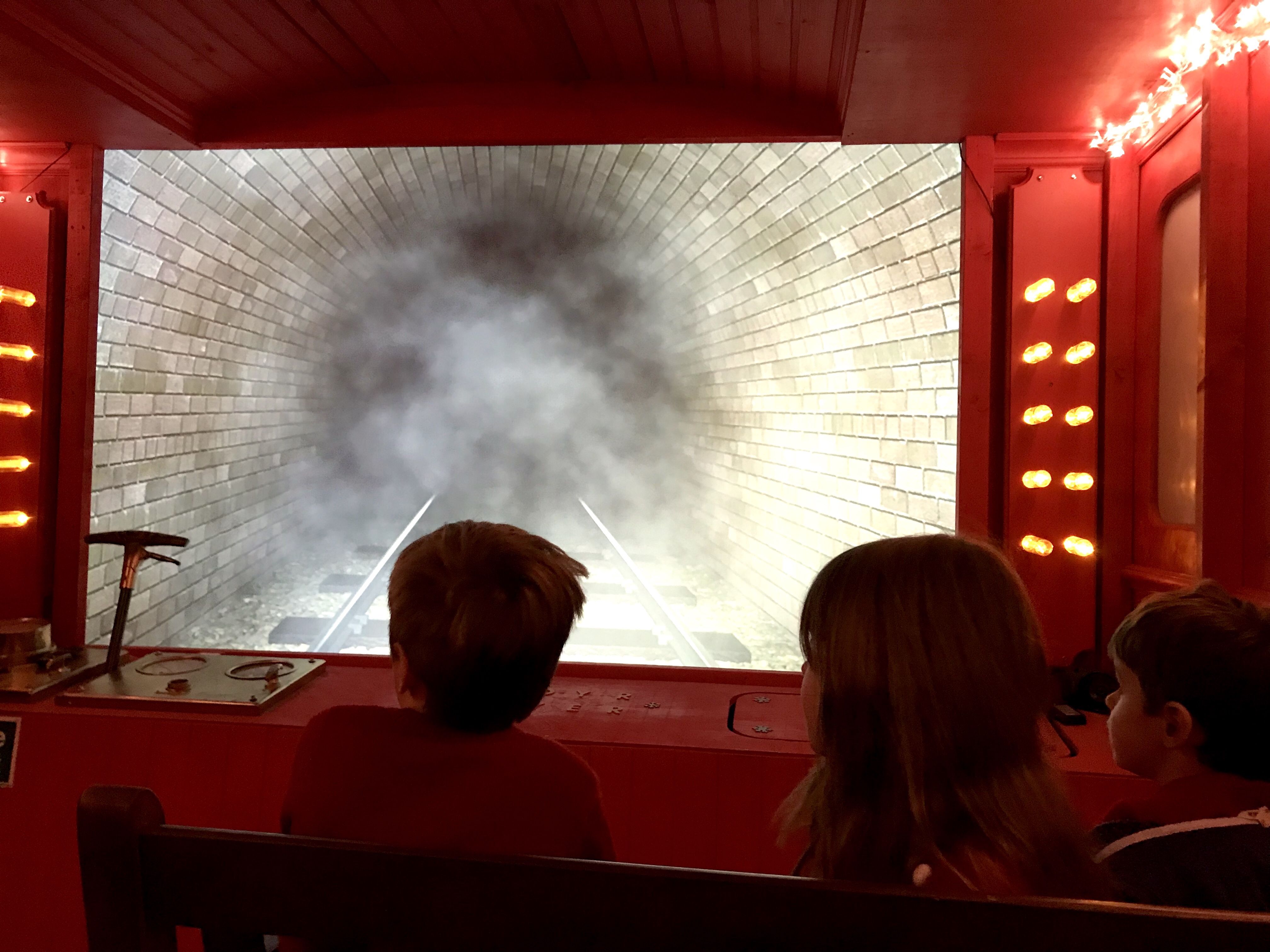 By the use of a video screen, our train journey took us to a number of exotic and unexpected places en route before we alighted the train.

We stepped out into a magical world where a brightly-coloured fairy-esque creature riding a unicorn asked us for some help in tidying up. No problem we thought – until we realised we had to clean up the unicorn’s poo! My children loved looking for the poos (multi-coloured plastic wire balls) among the trees and flowers and placing them in a special bin. She too was worried that there was no snow in the North Pole. 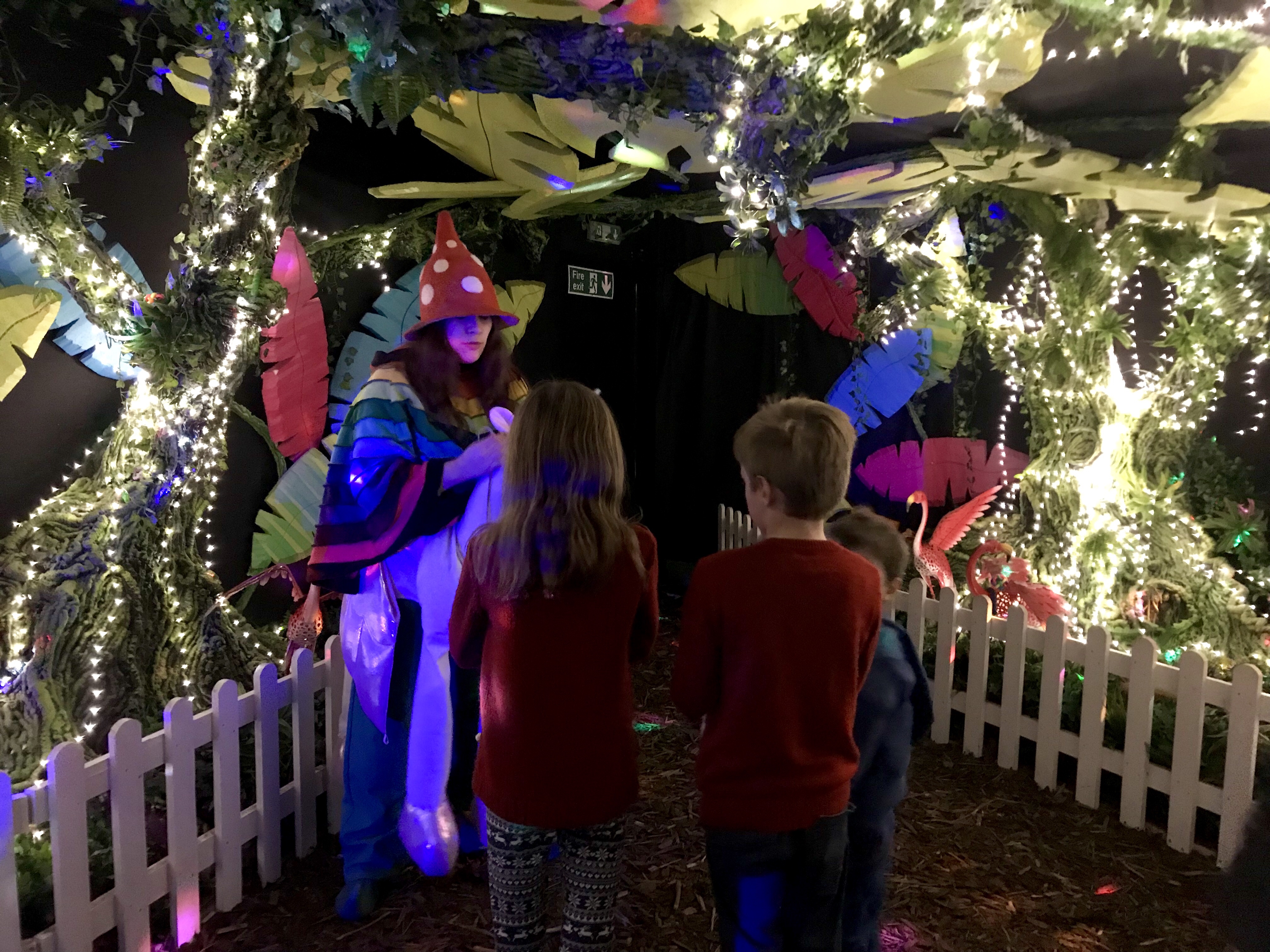 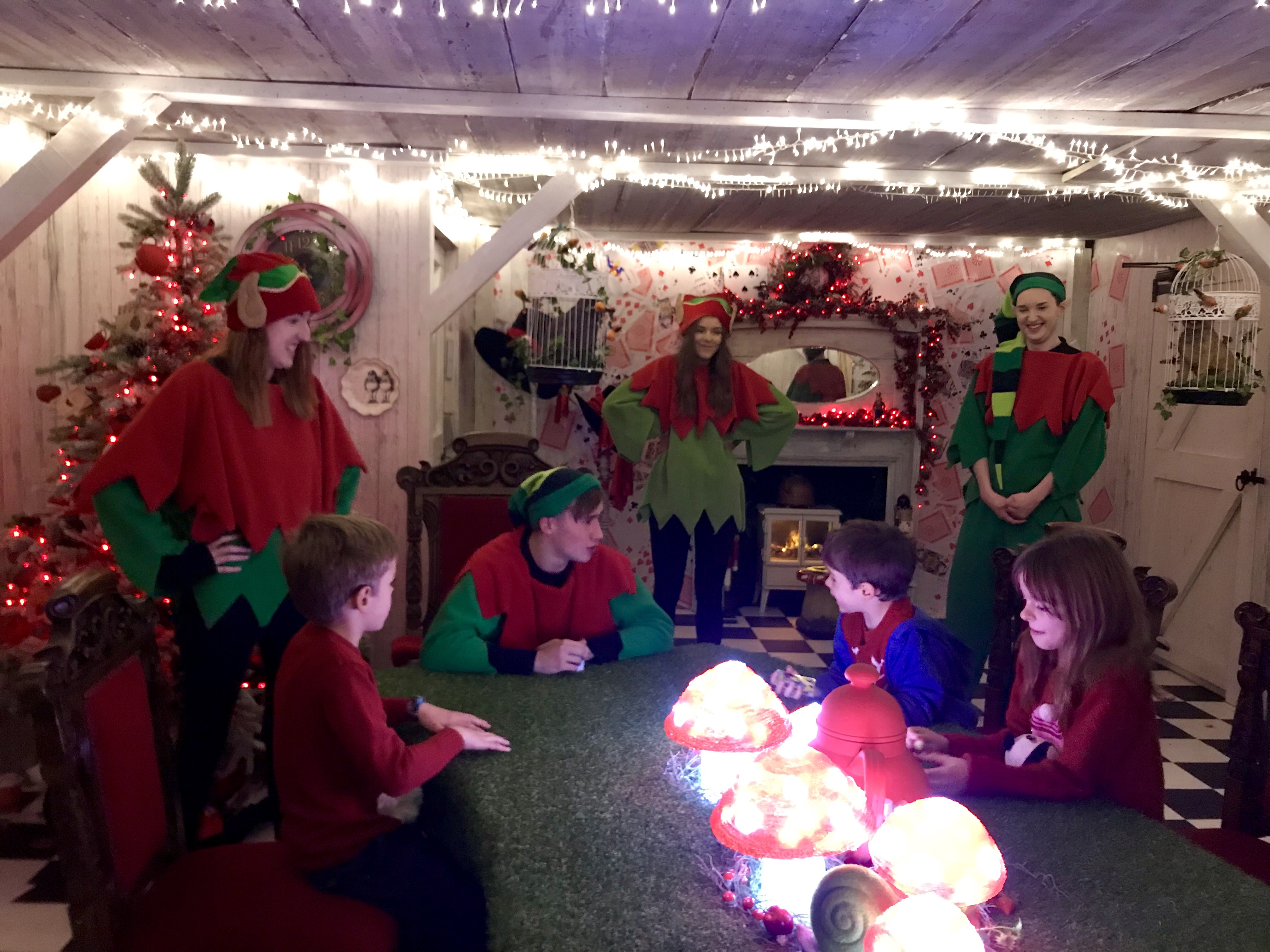 Once our job was done we headed through to a beautifully decorated room with black and white checked flooring a fireplace sparkling lights and a tree. Here four elves needed our help to make it snow in the North Pole. Our magic word came in handy here as we used different magic wands and a little bit of festive singing to conjure up some snow. 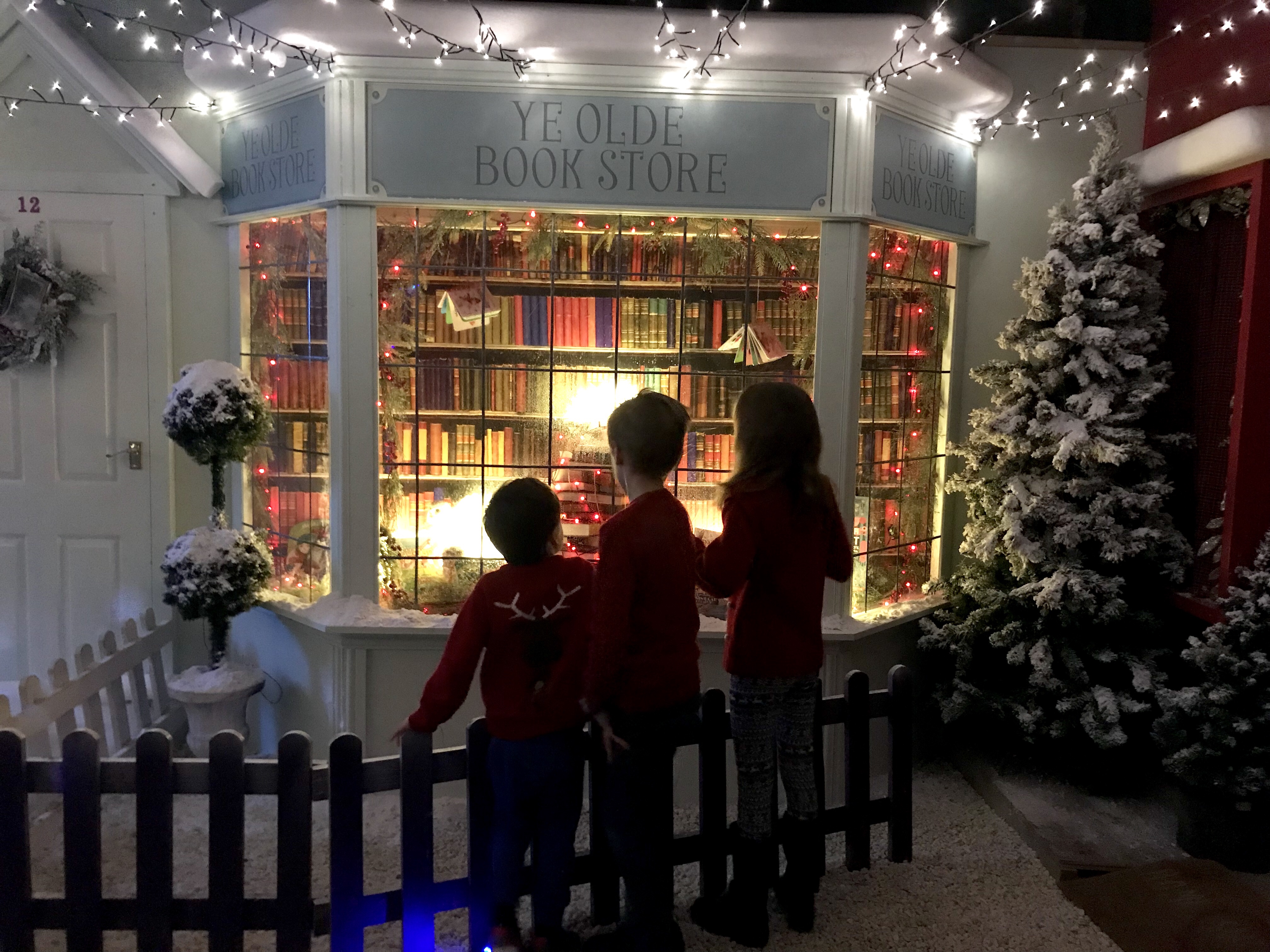 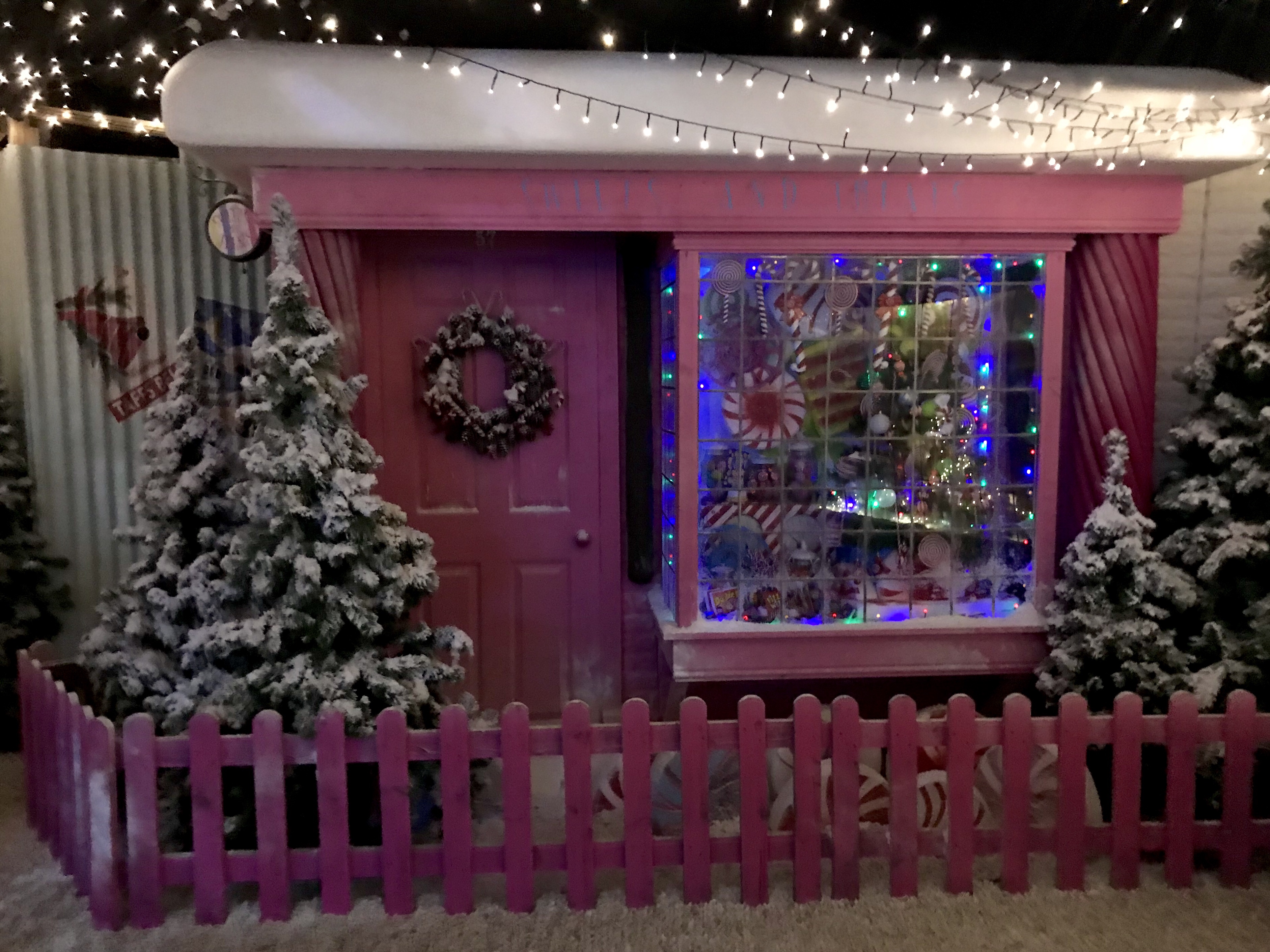 We then stepped outside into a little alpine village, which was my favourite room on the journey as there was so much to look at. The whole area was so well-constructed with a number of wooden shops with window displays full of traditional toys and books – and of course the snow we’d helped arrive on the ground. 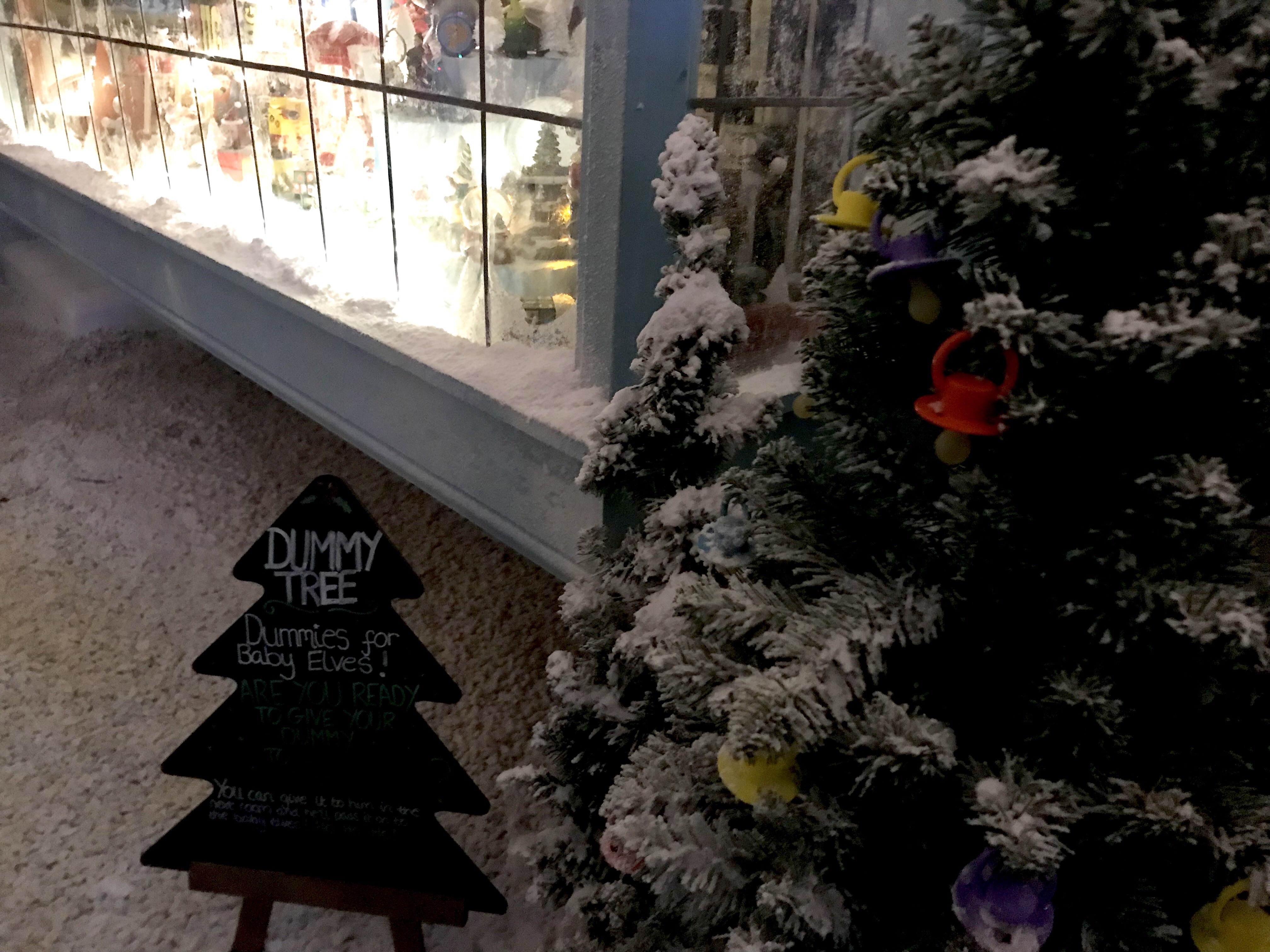 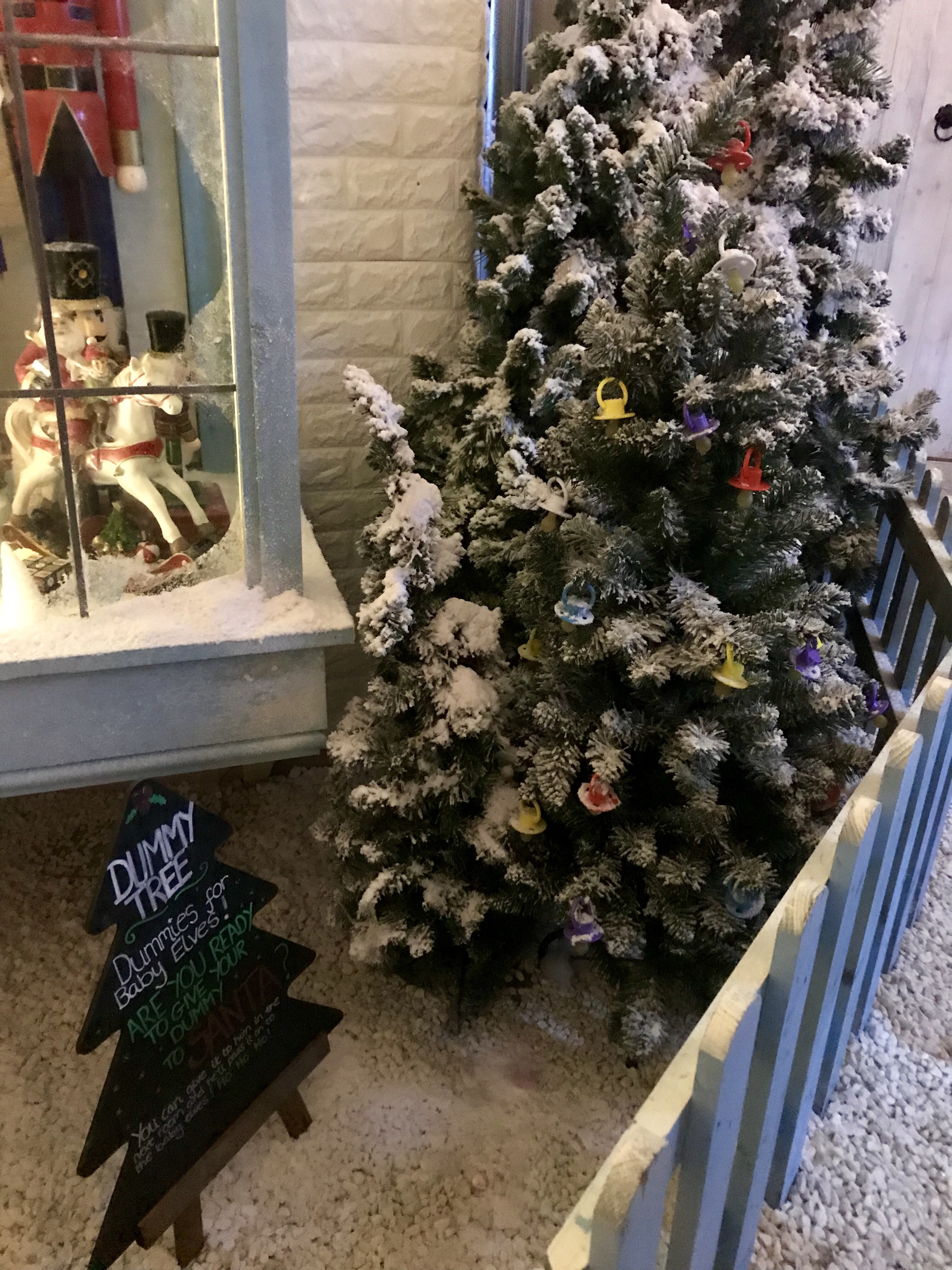 Pugh’s dummy tree is also in this room. You might have seen this on their social media channels – it’s such a great idea to help children give up their dummies. They can give their dummies to Father Christmas at the end of their journey who will pass them on to baby elves.

The elf in this room had us all singing Jingle Bells before opening the door to Father Christmas in his grotto. 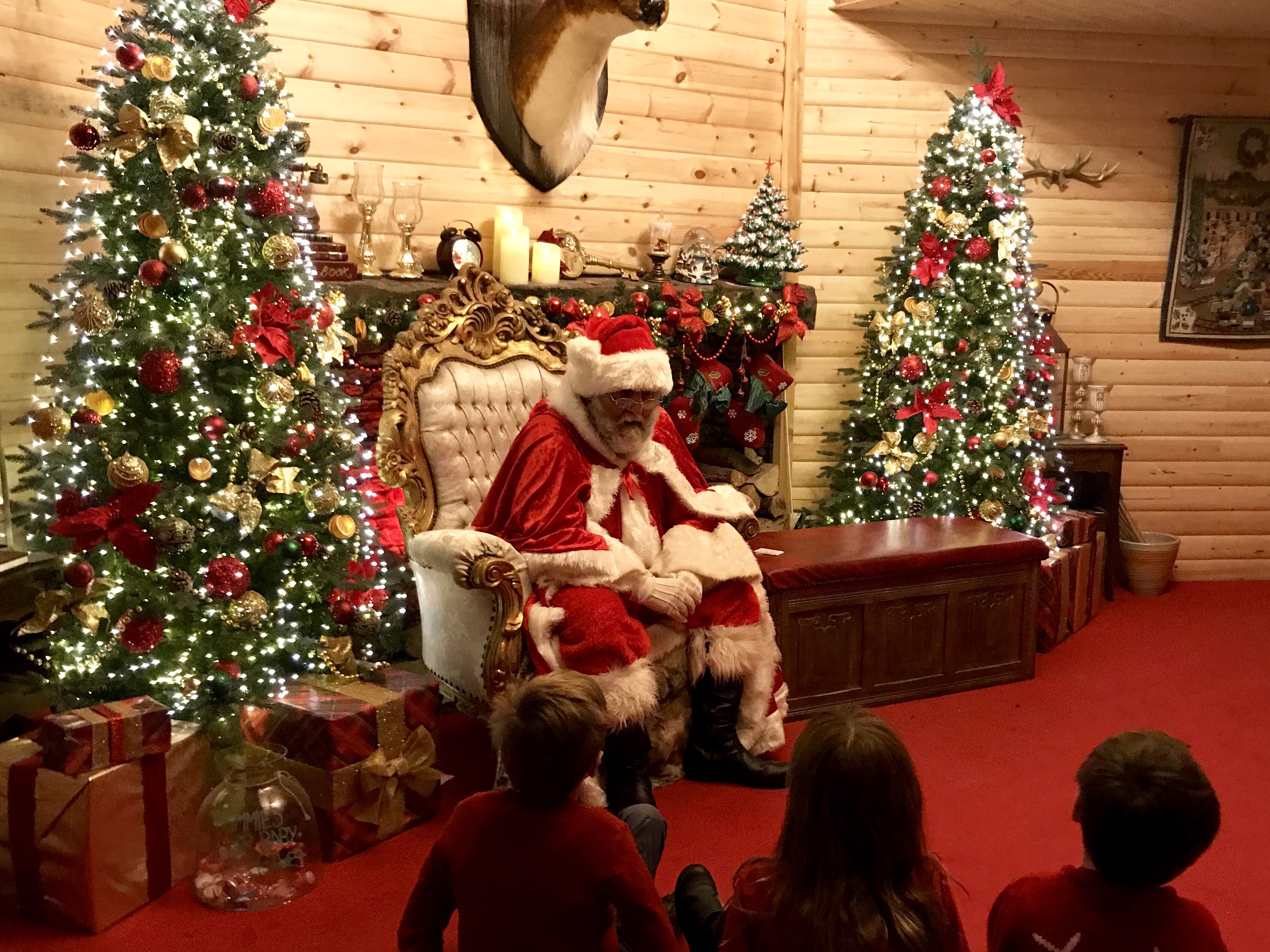 The children are invited to sit on the floor while Father Christmas sits on an ornate golden throne with Christmas trees either side and a festive fireplace behind. Again this room is so well constructed with wooden walls and rugs on the floor. He spoke to us for a little while before inviting children up in their family groups for a photo. There’s an official elf photographer taking snaps or you can take your own. 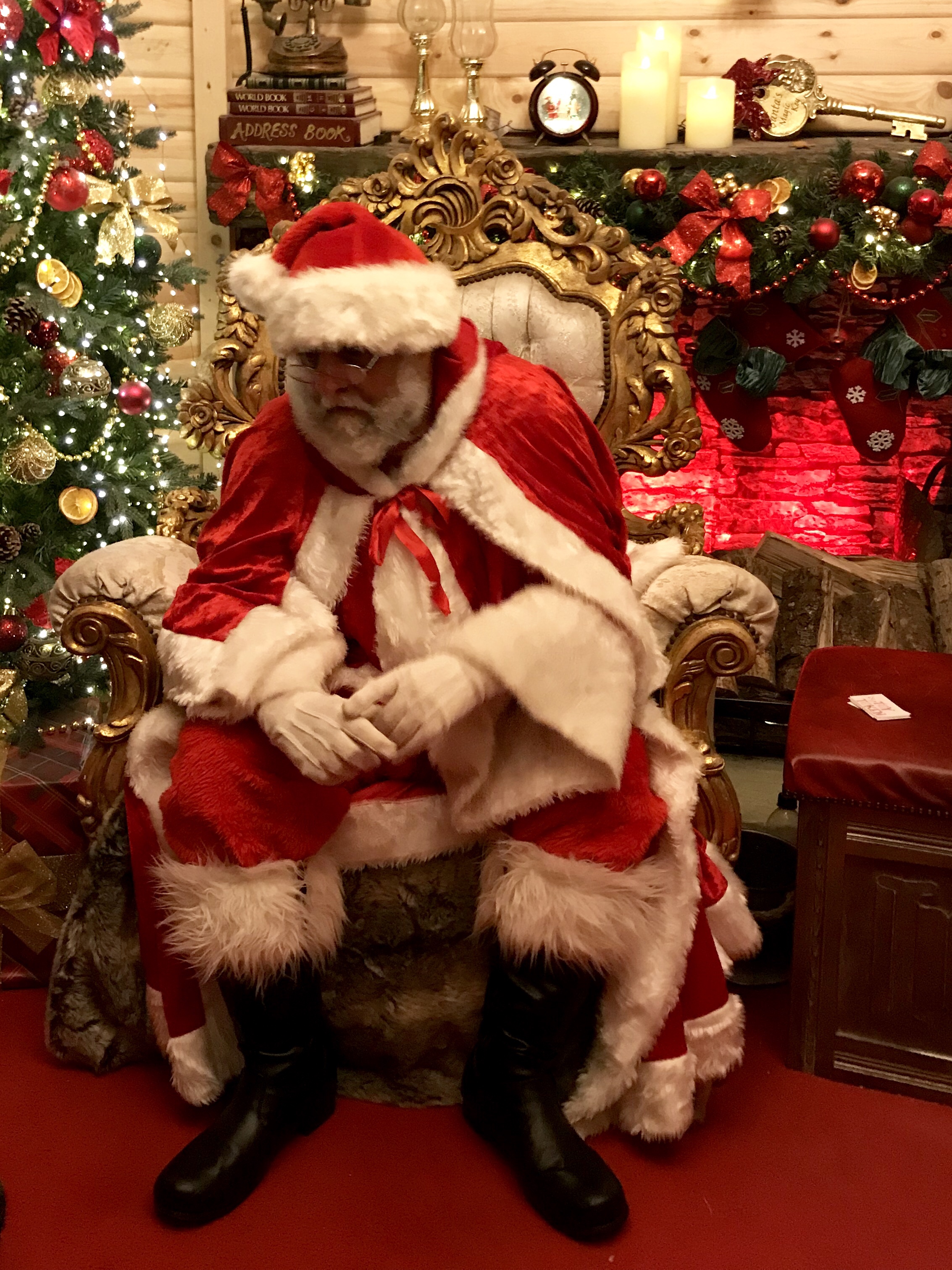 Father Christmas gave each child a glitter wand the same as the one we had used to magic up the snow and a voucher to choose a toy gift from his toy cabin within the garden centre.

Official photos cost £7 for an 8×6 size in a folder while you can buy fridge magnets pr key rings for £6 each as well as baubles for £9 and snow frames and photo books for £3 with deals on multi-purchases. 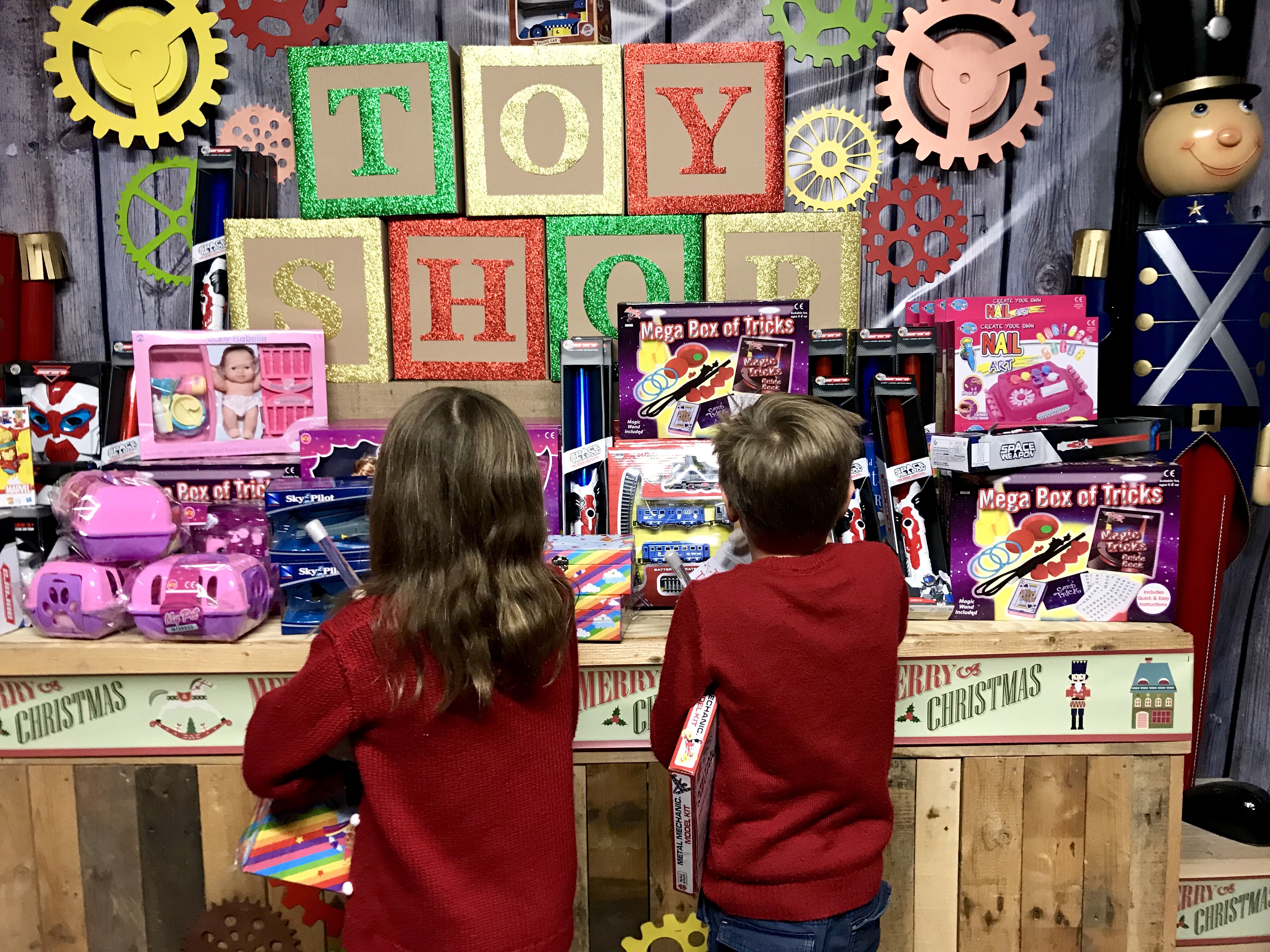 The whole experience felt so festive and magical. I knew my four year old would be transfixed by it all as he’s the perfect age. However I wasn’t sure how my eldest two children would react now they are getting older but they joined in with everything and I could see the look of wonder in their eyes.

If you’ve already got tickets you are in for a real treat. If you missed out this year then follow their social media pages to be the first to know when tickets go on sale next year.

Have you visited Pugh’s Radyr The Magic of Christmas? Do let me know what you thought in the comments below, on the Cardiff Mummy Says Facebook page, or by tweeting me on @cardiffmummy