The Covid-19 lockdown is tough for charities. Fundraising events have been cancelled, charity shops are closed, donations are down. But the vital work these organisations do continues, with the current health crisis providing extra challenges in caring for those who rely on their support.

I’ve been speaking to the team at The Noah’s Ark Children’s Hospital Charity here in Cardiff about how they have been affected by the current crisis – and how we can support them by taking on their Noah’s Ark Step Challenge to ‘Walk the length of Wales’… at home.

The Noah’s Ark Children’s Hospital Charity relies solely on public funding to survive, but has seen a 50% drop in its income since the middle of March. It fears that with potentially months of uncertainty ahead, the situation could get far worse.

The charity supports the care of thousands of young patients at Wales’ only children’s hospital each year by funding vital medical equipment, facilities and family support services. With the coronavirus expected to peak in Wales within weeks, the Noah’s Ark Charity is currently working alongside its frontline hospital colleagues to support families and staff affected by the fallout of the pandemic.

One of those currently being supported by the hospital is 13-year-old Hugo Chapell from Llandeilo. He is currently a resident on Island Ward with his mum, Ulla, after spending seven weeks on the critical care unit. Hugo has been receiving treatment for Acute Respiratory Distress Syndrome (ARDS), caused by a one in a million reaction to medication he was taking. He spent weeks on an oscillator, which completely took over his breathing to keep him alive. 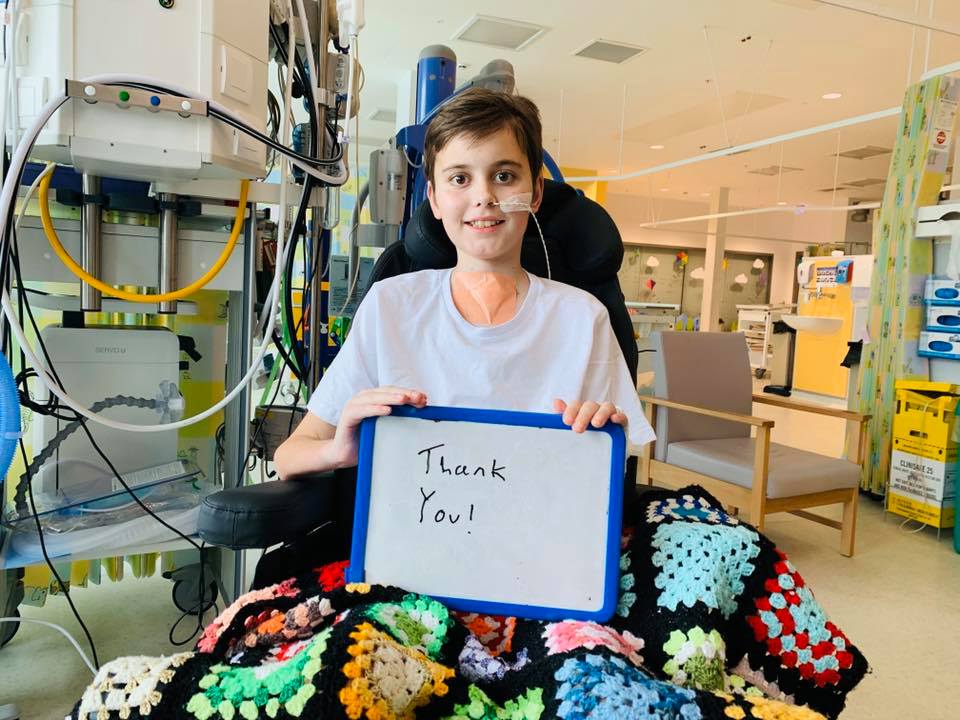 In line with the hospital’s temporary one parent policy Hugo’s dad, Peter, is now at home caring for his younger children while wife, Ulla, stays with Hugo until he is well enough to go home. Thankfully, Hugo is now recovering well but Peter says: “When your child is very sick and you don’t know if they’re going to pull through, everything else in your world falls away. All you want to do is be there by the bedside. It’s awful. They don’t know you’re there and there’s absolutely nothing you can do to help but the anxiety of being away from them is 100 times worse. Hugo’s doing far better now but being away from him is so hard – for him and us.”

In order to continue supporting Wales’ national children’s hospital both now and in the future, the Noah’s Ark Charity has set up its Covid-19 Resilience Fund.

The charity’s director, Suzanne Mainwaring explains: “This current crisis is affecting the hospital’s families in lots of different ways and we’re trying to help them and the front line hospital staff who care for them get through it.

“We’re currently responding in whichever way necessary, providing food for parents in isolation with their children and iPads so young patients can keep in touch with their families during lockdown. The hospital is now operating a one parent only policy at the bedside and that’s obviously vital to safeguard against the spread of the virus. But it’s tough for families who are already going through a very hard time and we want to do all we can to help. “

She adds, “As well as needing to responding to the hospital’s needs right now, we have to make sure that we’re here to help provide the very best outcomes for children and families when all this is over because those needs don’t just go away. With our shops shut, our events cancelled, businesses suffering and schools empty, we aren’t able to raise money in most of the ways we usually do. But with the continued support of the great Welsh public, who helped to build the hospital in the first place, we know we can do it. Even if it’s just the price of an Easter egg, we’d hugely appreciate it if people could visit our website and donate to the fund.”

The Noah’s Ark Children’s Hospital Charity is also asking people to support its virtual fundraising event, the Noah’s Ark Step Challenge. We’re going to be taking part and would love to see more families in Cardiff and beyond also signing up, or donating to those who are. 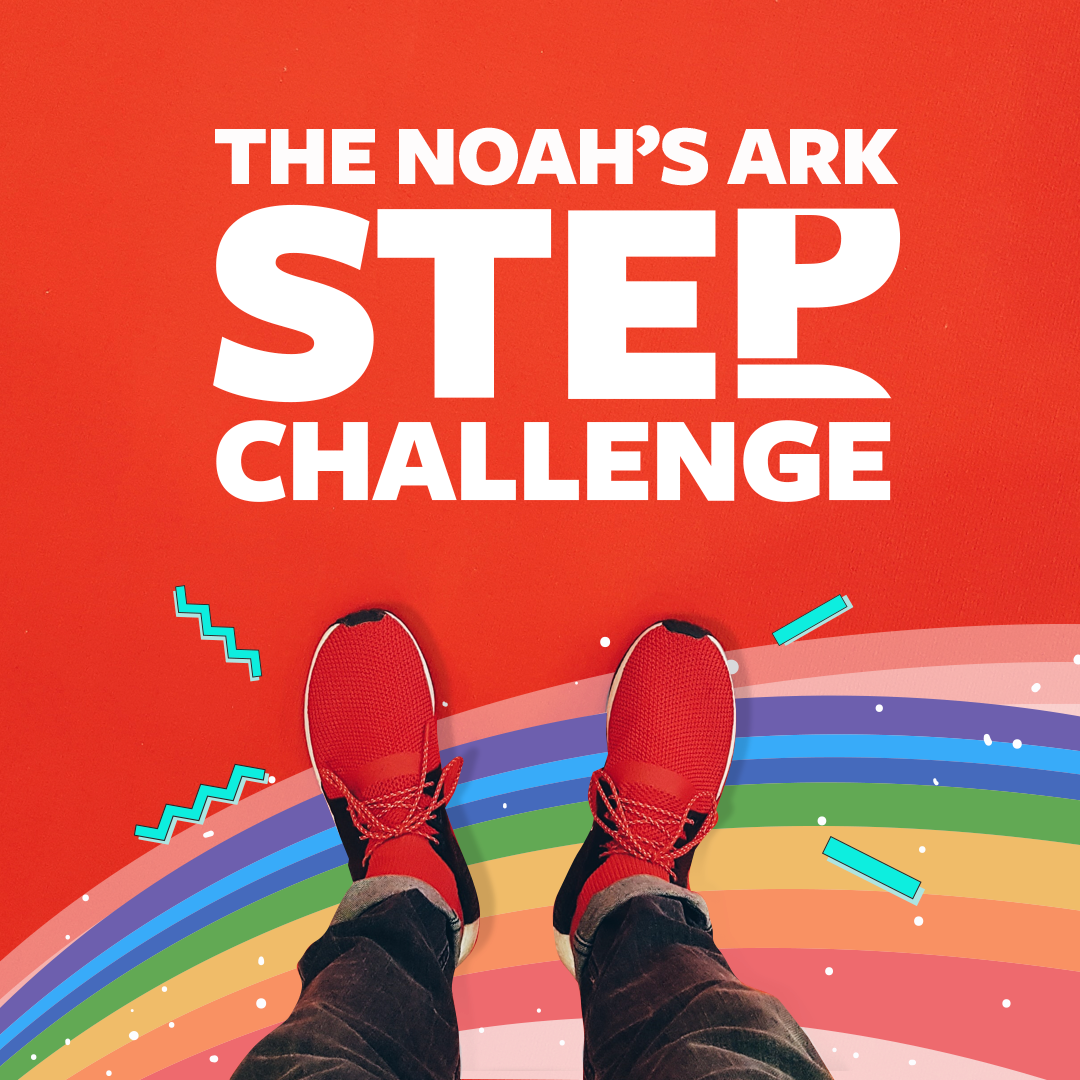 The challenge asks people to walk the length of Wales, either on their own or with their families.

The tip to the toe of Wales is 187 miles – or 421,000 steps. When I told my children this, they thought it would be near to impossible for us to walk that distance with the current lockdown measures. However, the charity explain that a family of four stepping for just half an hour each day would do that distance together in just 19 days. One person on their own could do that in 75 days.

We’ve signed up via their website which took just a minute to do, and they’ve sent us a free information pack. This includes pre-counted step activities that include everything from an outdoor walk to a half hour kitchen disco. You don’t even need a fitness tracker; you can choose the daily activities, add them up on the weekly step challenge tracker, and – importantly – get family and friends to sponsor your challenge. Sign up is free and participants are asked to aim to raise £35 per person or £75 per family. Money raised will be doubled as part of a match-giving pot.

Once the steps are completed and funds raised, those taking part will receive a medal as a lasting reminder that, during even the most difficult of times, you and your family pulled together to help other families in need.

You can sponsor us for our Noah’s Ark Step Challenge here. We’ll keep you posted on our progress.

Homepage » Cardiff » We’re going to be walking the length of Wales – at home – in support of Noah’s Ark Children’s Hospital Charity. Will you join us?