*in association with Visit RCT and Rhondda Heritage Park

As my children ran around the playground at Rhondda Heritage Park, the Museum of Welsh Mining, I couldn’t help but be drawn to the huge metal structure of the former Lewis Merthyr Colliery towering over us. It felt so surreal watching the three of them playing together in the shadows of a place where, 200 years ago, children their age would have been working underground six days a week, 12 hours a day. 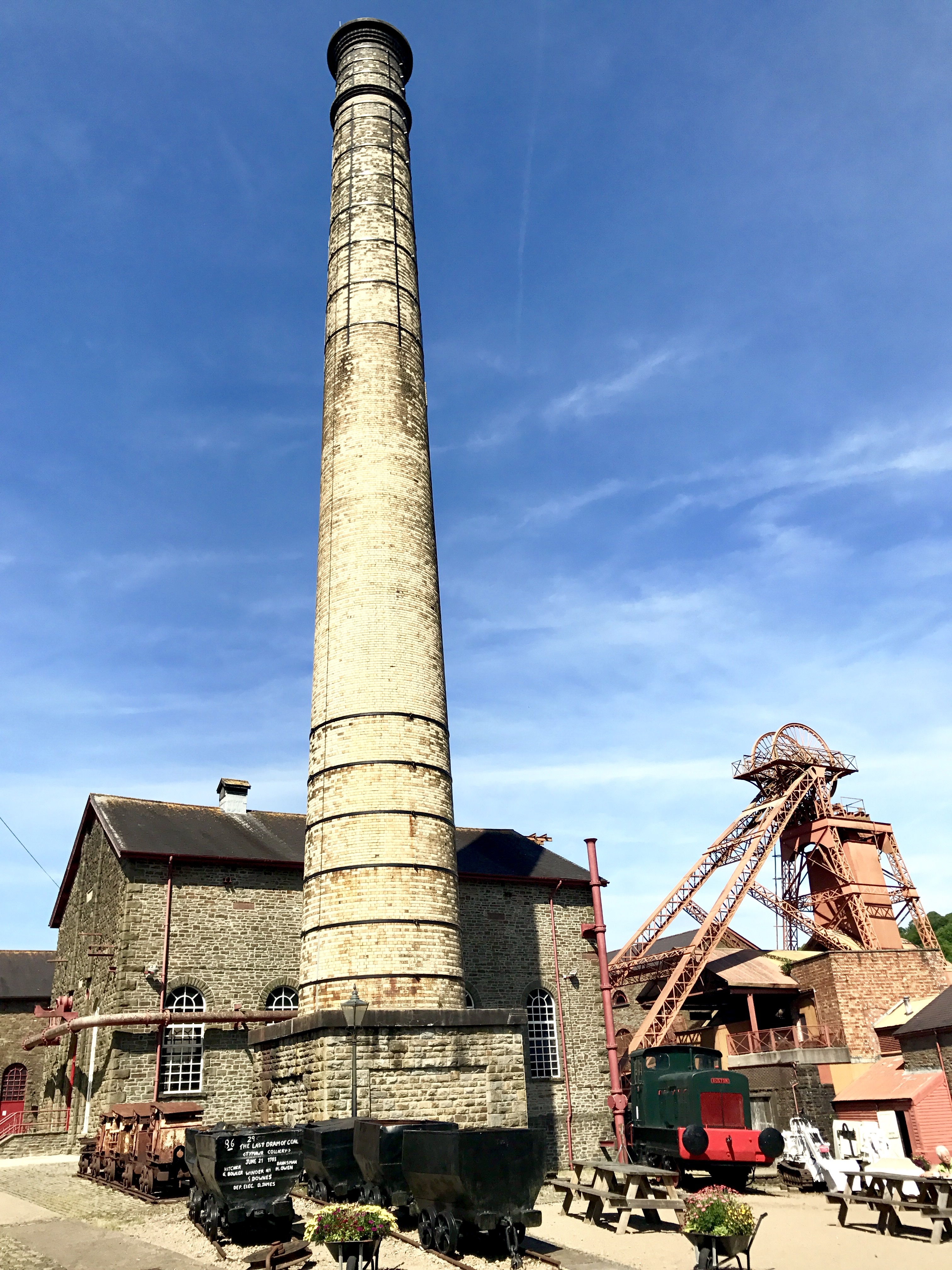 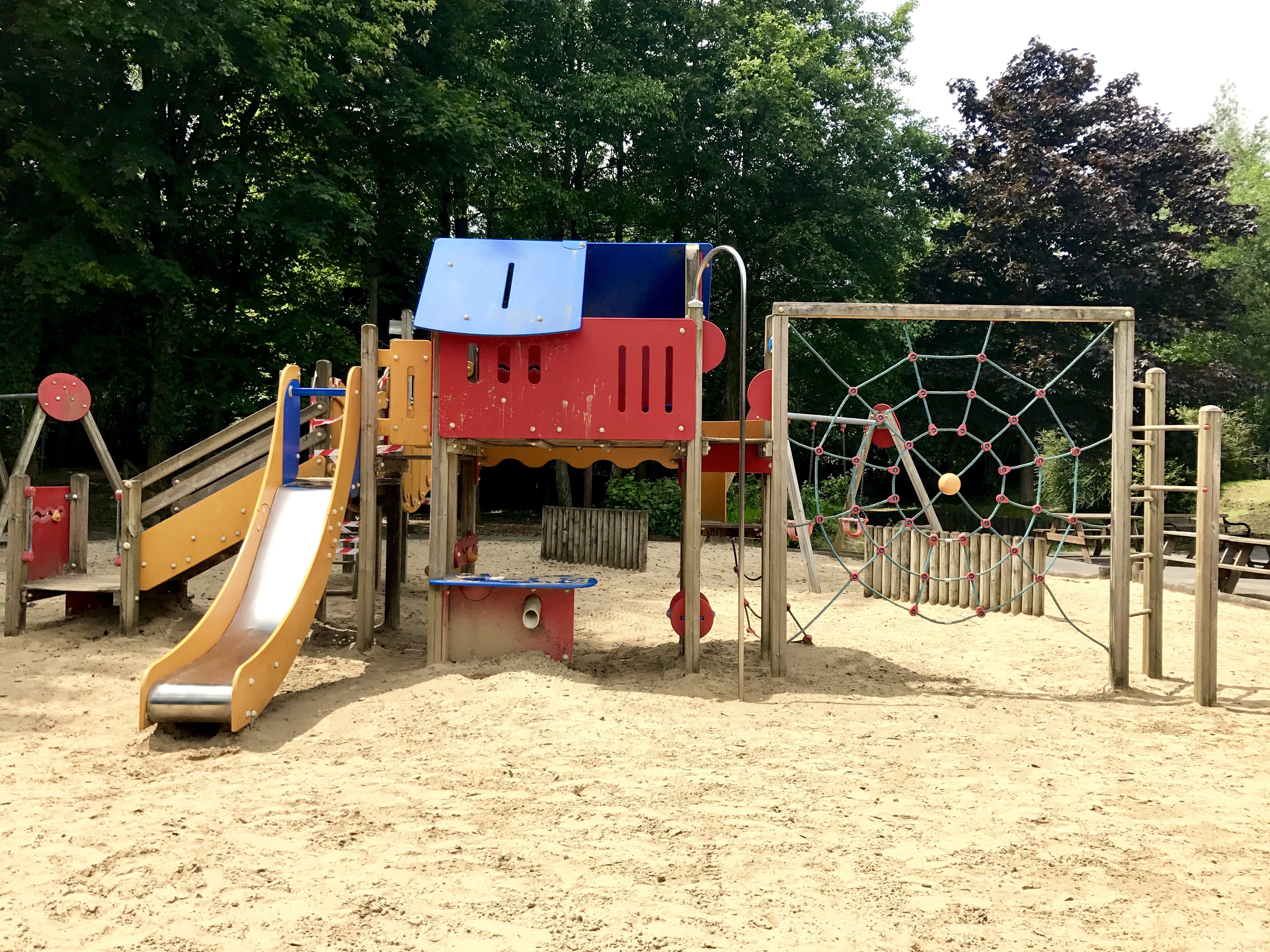 Our tour guide for our visit, Peter, who worked underground at various mines across the Rhondda for more than 25 years, told us that the youngest recorded children working in the mine were just four years old. Four! My three are 7, 5 and 3 – and I struggle to imagine them covered in dust and stuck underground for the bulk of their daylight hours, pushing drams of coal, opening air doors and other physical tasks. It wasn’t until 1842 that a law was passed banning children under 10 and women from working in the pits, rising to 13 for boys in 1900. Opened in 1790, Lewis Merthyr Colliery was one of the biggest producers of coal in the world, employing thousands of men. The men were given an extra allowance if they brought their wife and offspring along to work… so you can only imagine how many children and women went underground alongside them during those years as families tried to make ends meet. 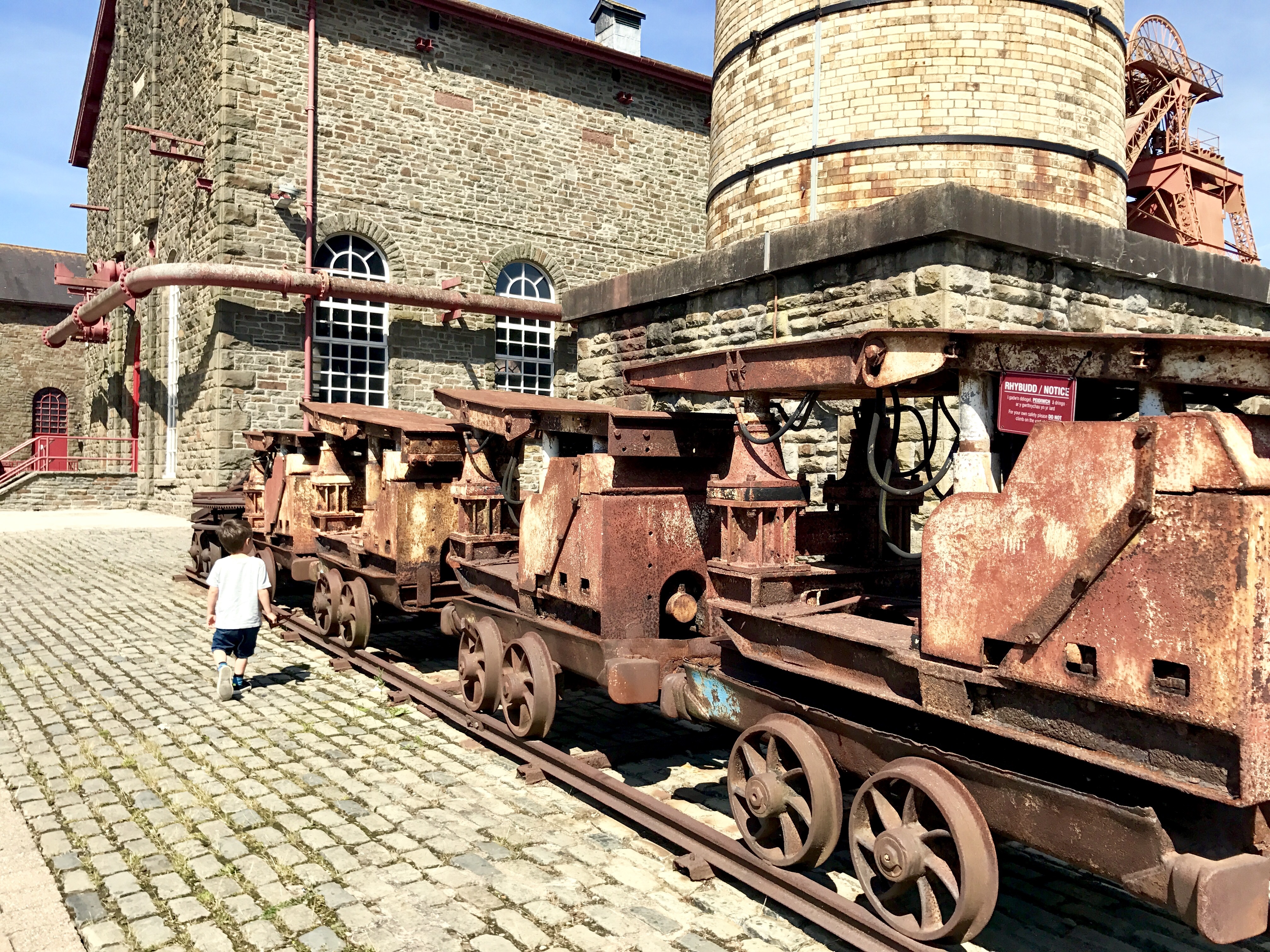 It’s inconceivable for us, but as Peter tells us, you just did what you had to in order to survive and make money for your family. He started working in the mines in 1969, aged just 15. He knew full well the risks of a life underground… but employment options in the area were limited and his mining wages were twice as much as those of other local jobs and apprenticeships. It was hard work, he says in a thick Valleys accent, but there was a real sense of camaraderie between the workers. 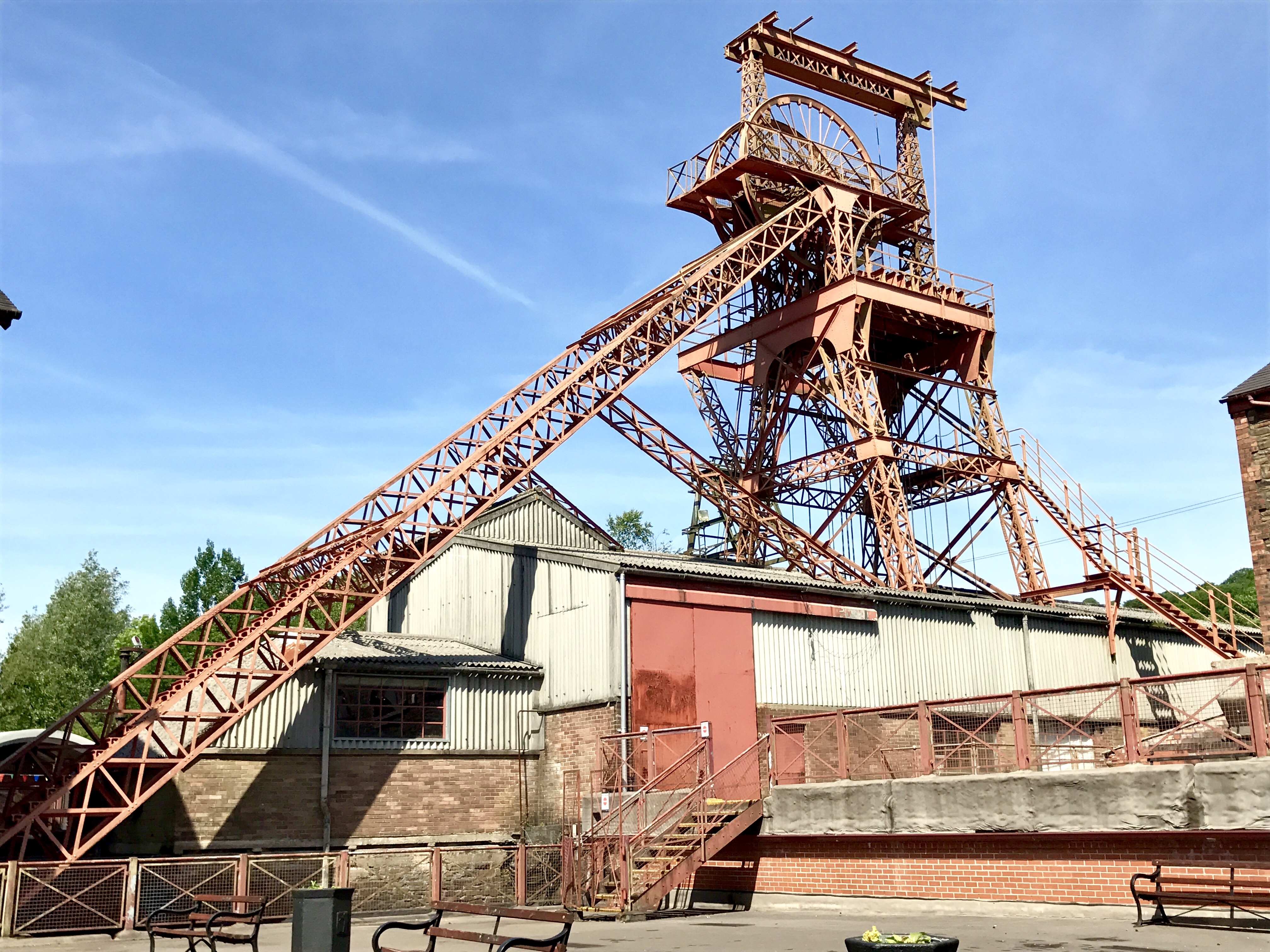 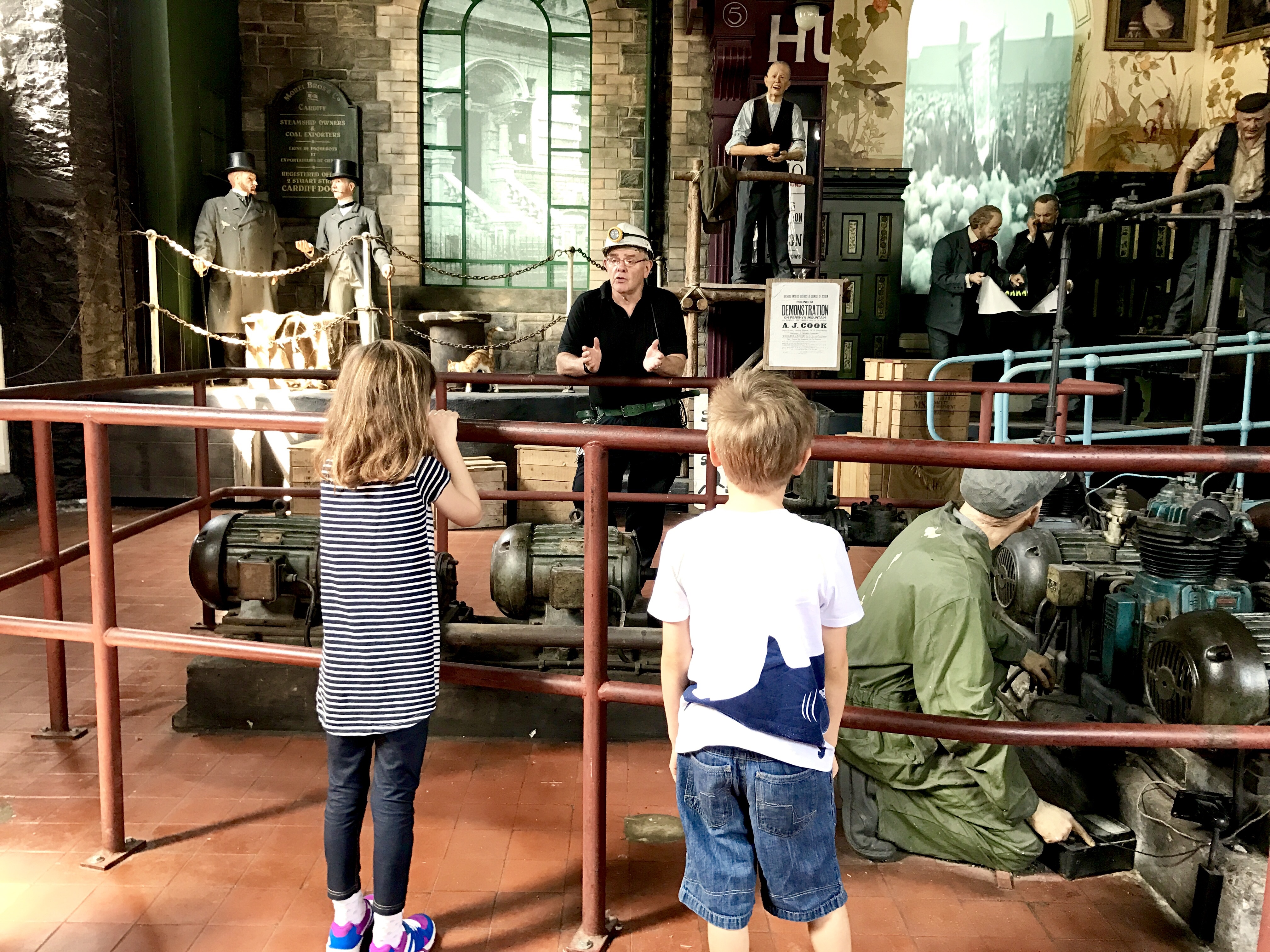 When the industry went into decline, with mine after mine closing across the Rhondda, Peter tells us he never thought he’d find his way back into one again. But he’s now one of the guides at Rhondda Heritage Centre, the mining museum on the site of the former Lewis Colliery managed by Rhondda Cynon Taf council, just 25 minutes from Cardiff. He shows visitors around, telling them about the mine’s history and his own mining experiences. 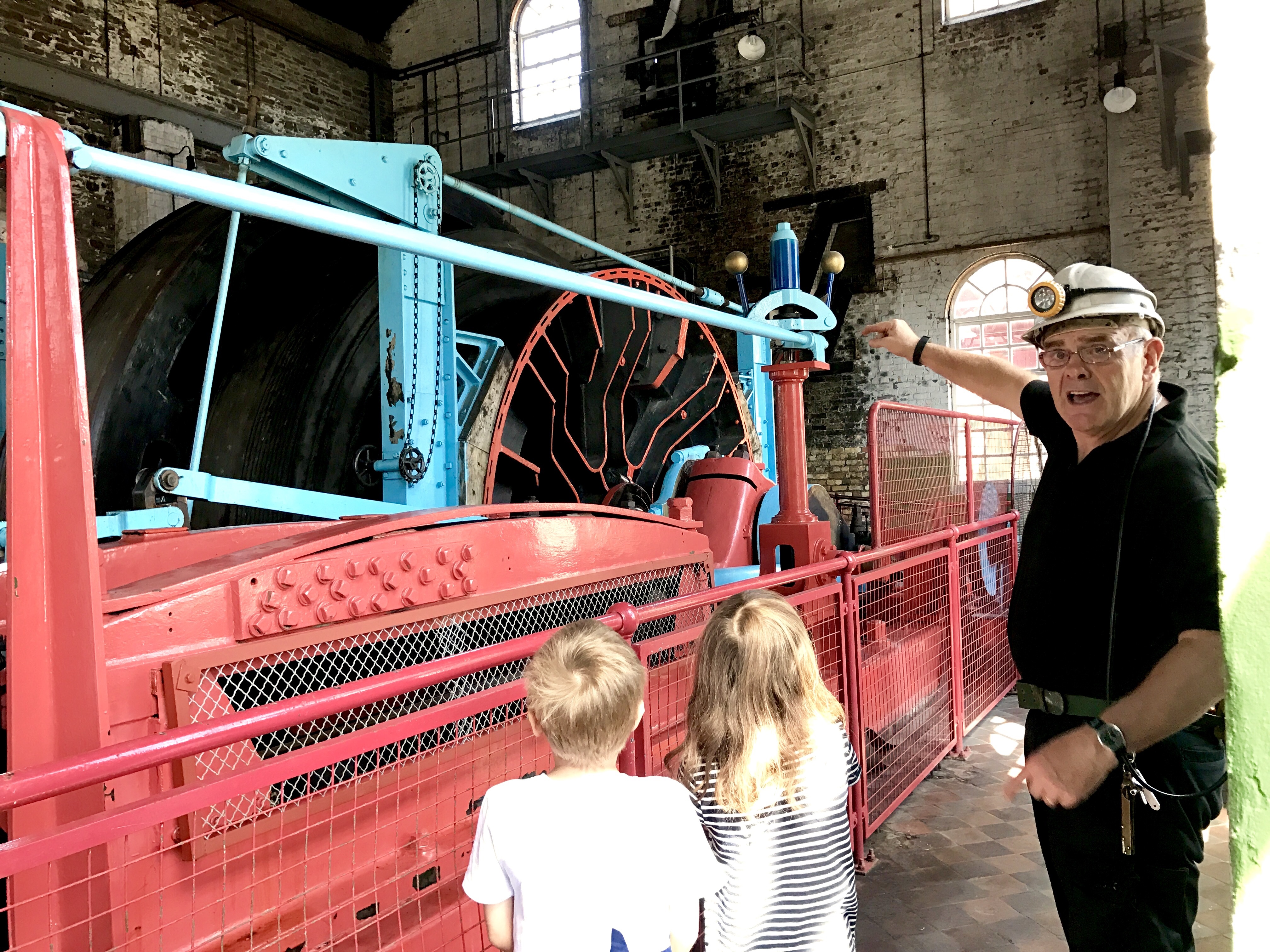 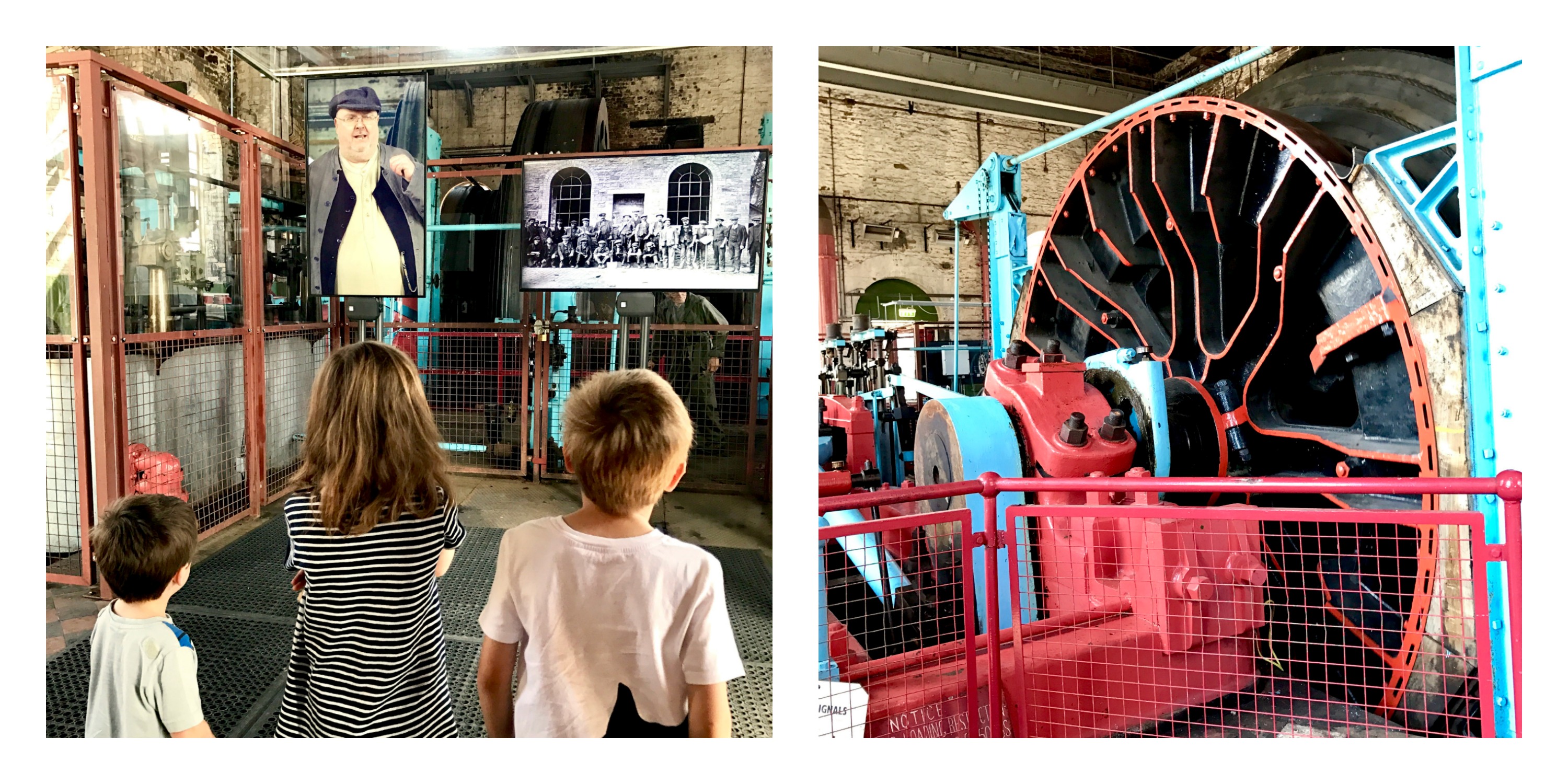 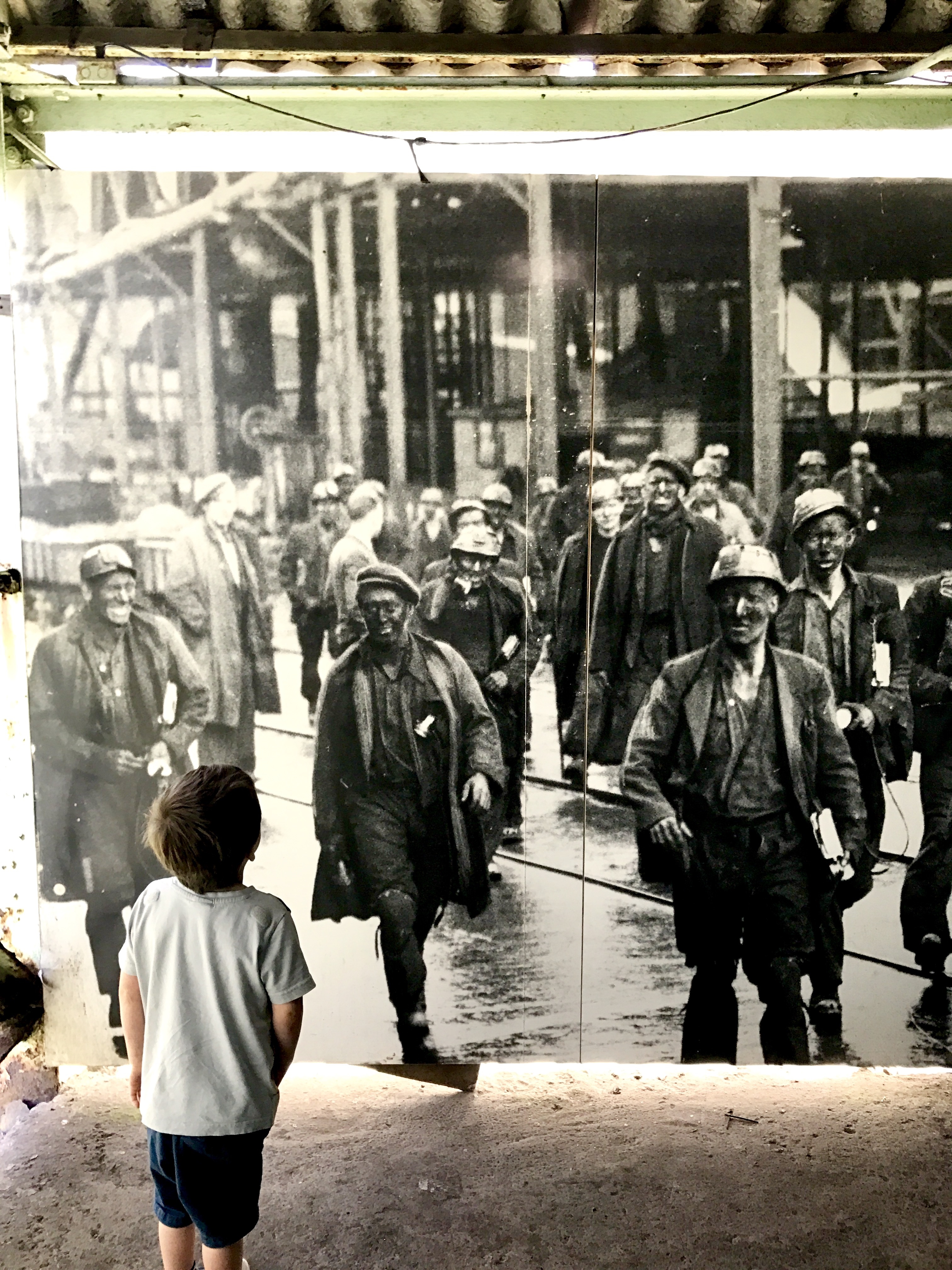 The tour itself takes around an hour and a quarter, although we spent another hour or so looking around the site. One of the highlights for us was seeing the huge winding engine in operation. It used steam to power the mine’s shaft and could lower miners down underground at 30 feet a second, and bring coal to the surface at 60 feet a second. Getting the miners 434m underground would take just 47 seconds. The shaft itself is a caged platform which looks anything but safe. Peter tells us that sometimes the power would cut out and unless the miners were packed into the cage, they’d find themselves thrown all over the place. These days, there’s a chance to experience what it felt travelling down into the mine with a simulator cage. 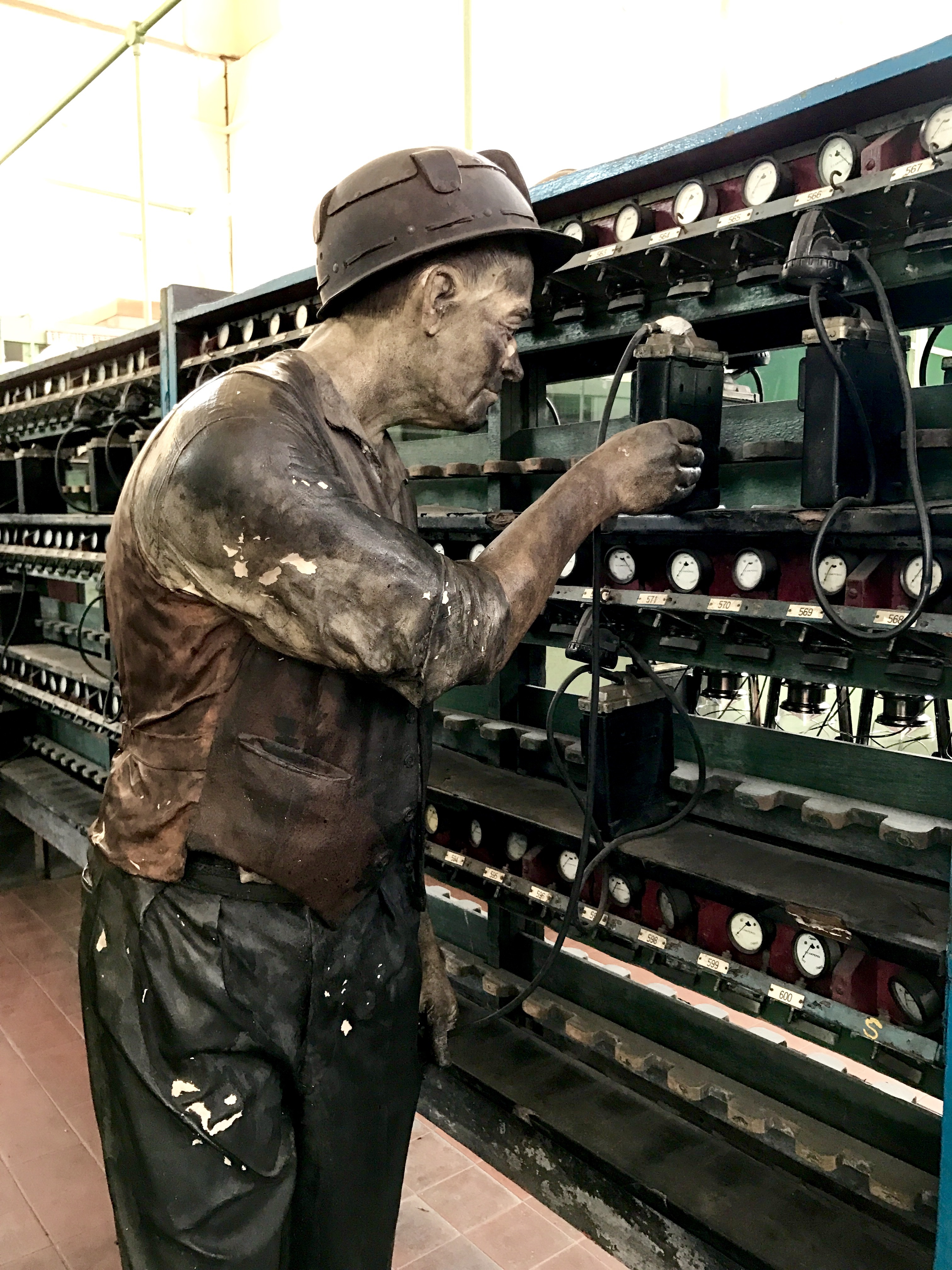 We also visited the original lamp room where we were fitted with helmets, before going underground. The mine area is a replica, built to great detail by the former miners themselves. As such, visitors don’t go deep underground to the original mine – this is all blocked up now – but the area really brings to life the underground experience. We saw the air vent doors that young children working in the mines would have opened and closed; we learned how explosives were used underground to tunnel through the ground and about the wooden supports built overhead. We saw the coal face and the drams used to bring the coal out of the mines, and Peter told us many anecdotes about mining life. 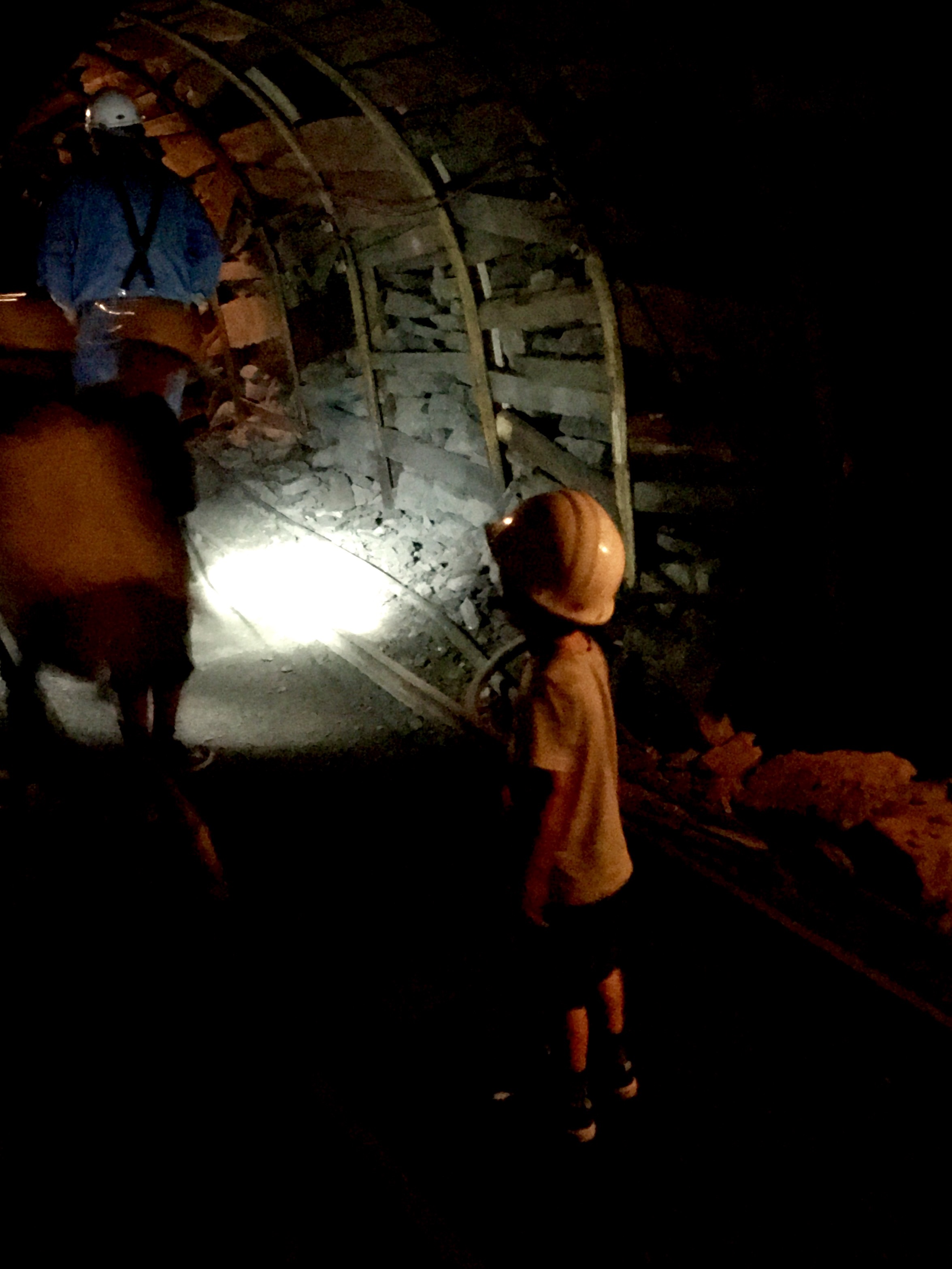 The tour makes great use of video projection as a miner tells us more about life under ground, adding to Peter’s stories. We discover that the world’s first million pound cheque, famously signed at Cardiff’s Coal Exchange, was for coal mined at Lewis Merthyr Colliery. It was also coal from the Rhondda that powered the Titanic. We also see lifesize models of the Marquis of Bute and his architect William Burges; Bute made his money from the mine with a levy on every tonne exported from the docks he owned in Cardiff.

Unfortunately, due to the historic nature of the site the tour is not buggy friendly, these can be left at the buggy park in reception where you start the tour and finish up. The rest of the site including the cafe, museum and children’s play park is buggy and wheelchair friendly.

After the tour, we headed for lunch in Café Bracchi – which serves a mixture of Welsh and Italian hot and cold snacks and small meals, celebrating the impact of the Italian community across Rhondda Cynon Taf, since they left their home in Bardi and surrounding areas at the turn if the 20th century. My children loved the children’s picnic boxes of sandwiches, fruit, a yoghurt and drink, while I had a jacket potato with cheese. 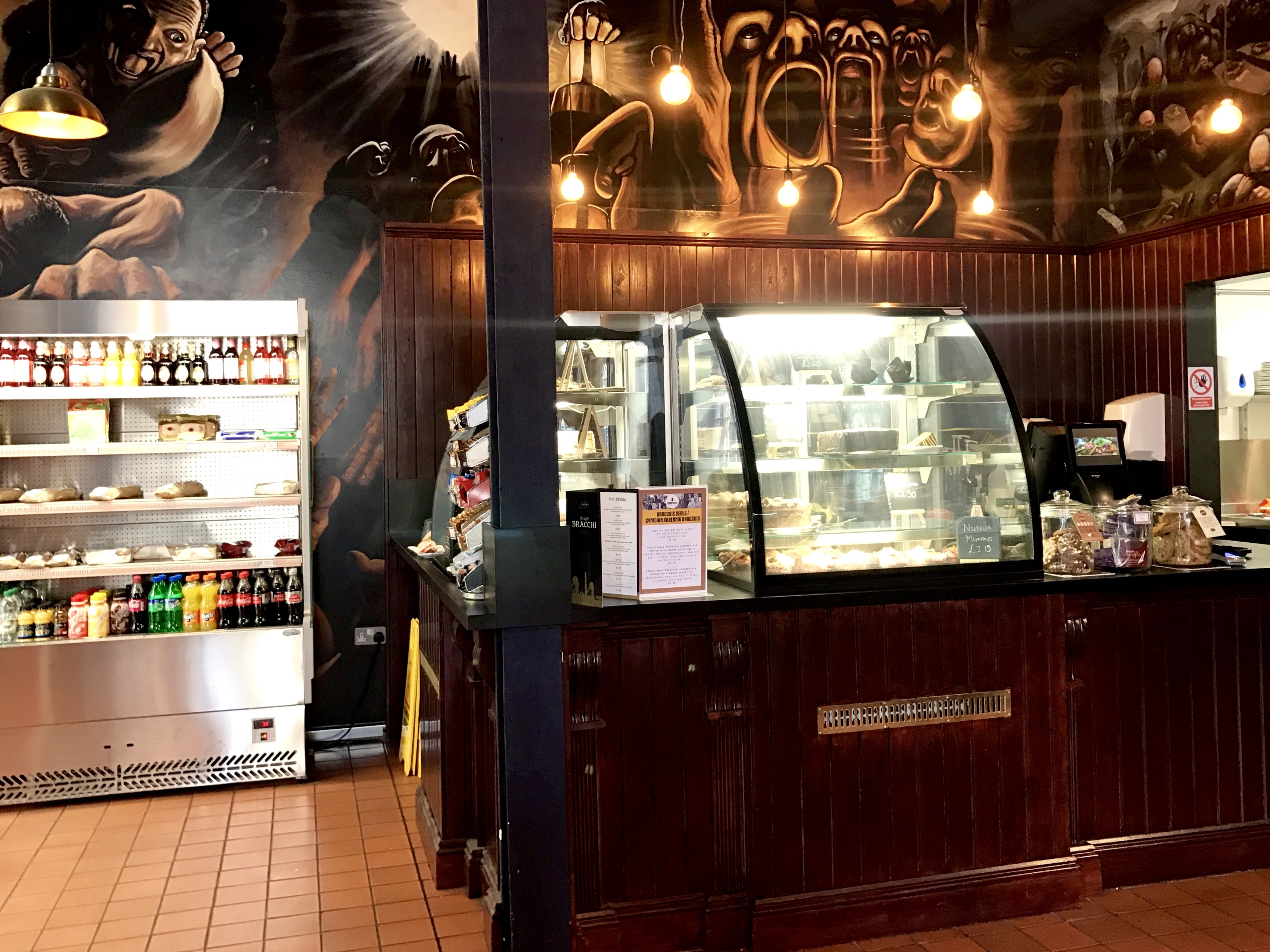 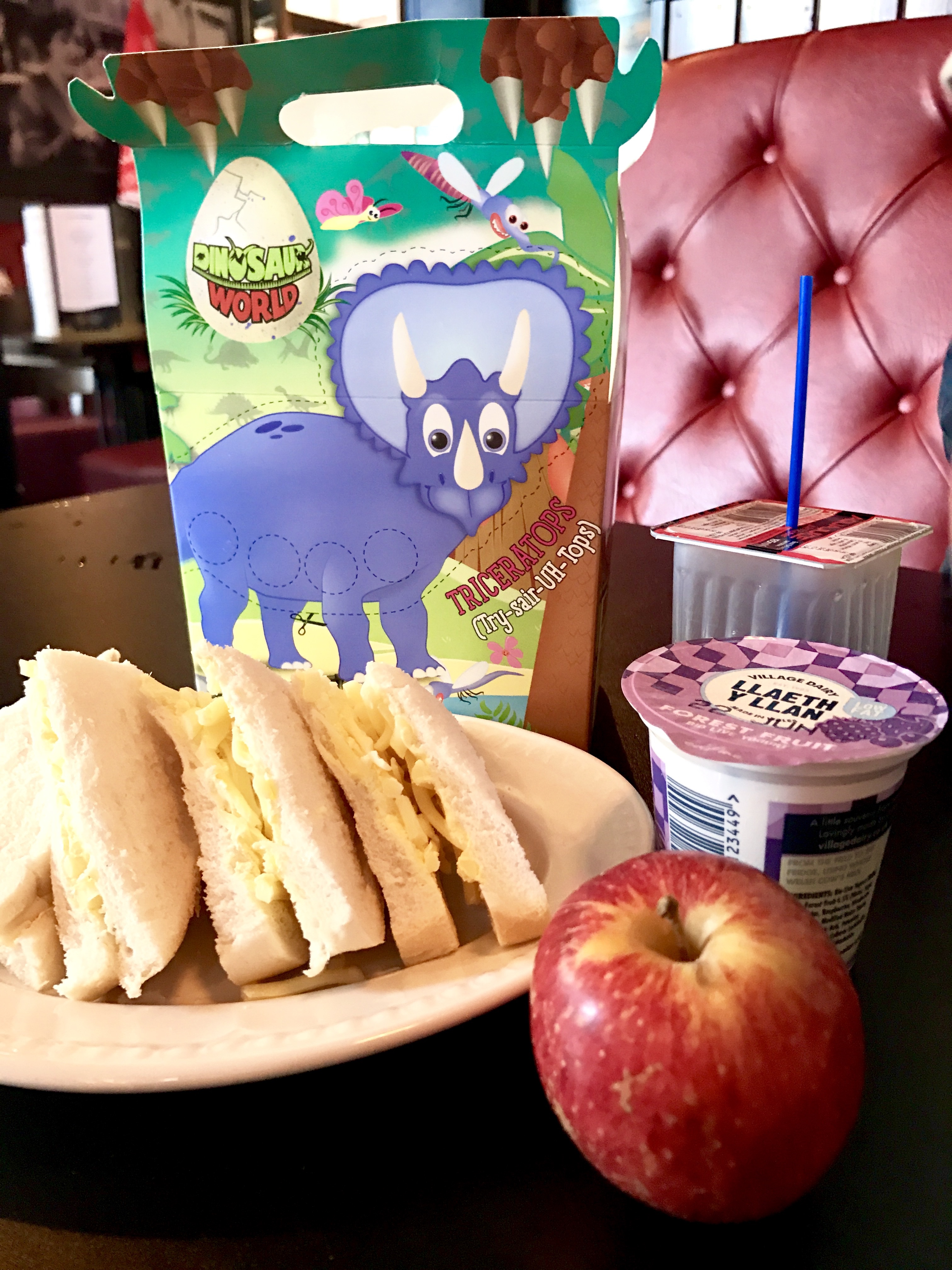 With its dark wooden and red furniture, the café has a very historical feel about it. Opposite are two replica mining stores, with replica goods for sale. Little Miss E, my seven-year-old daughter was thrilled when a member of staff told her it was okay for her to have a play on the huge metallic till. 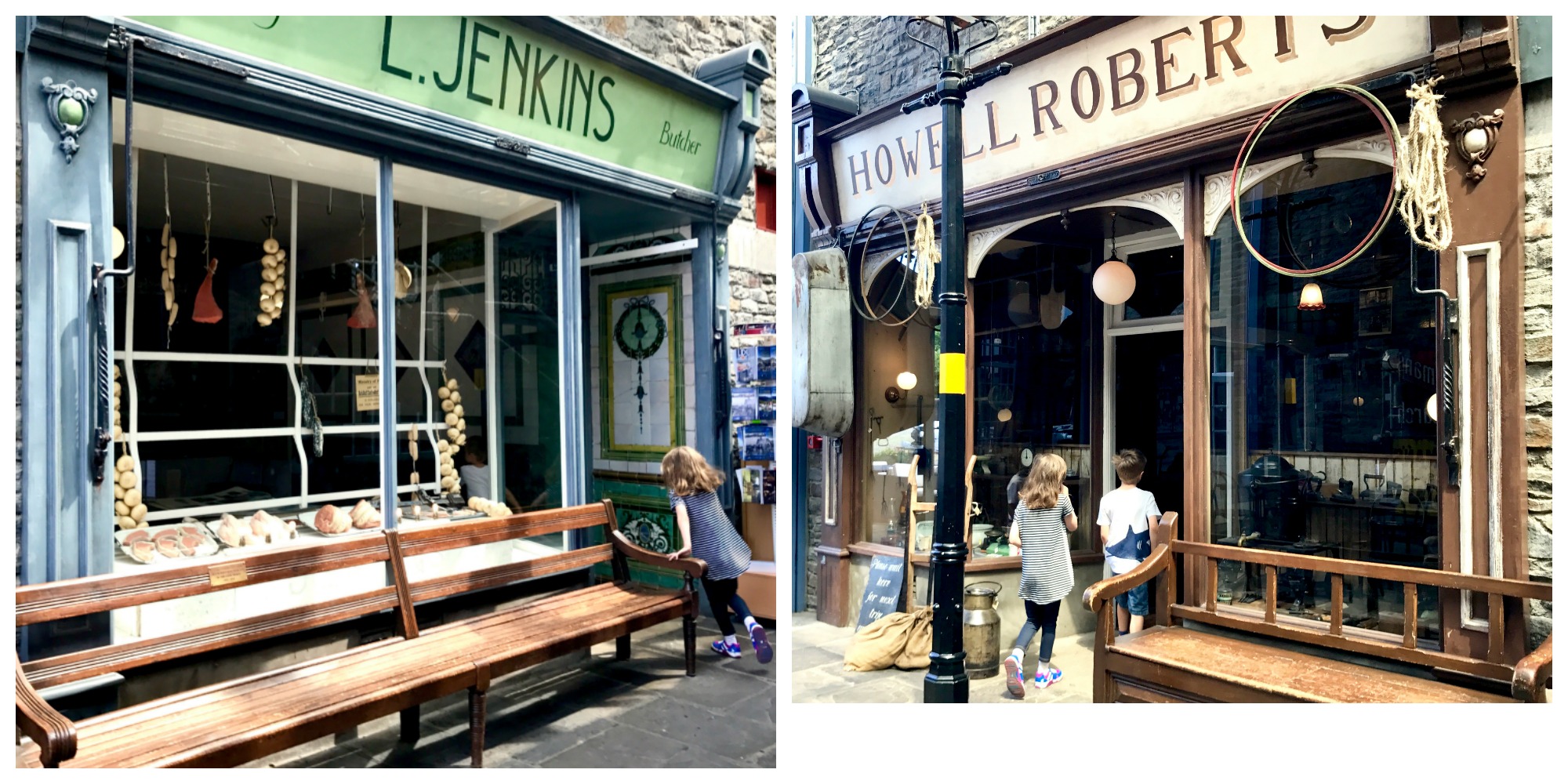 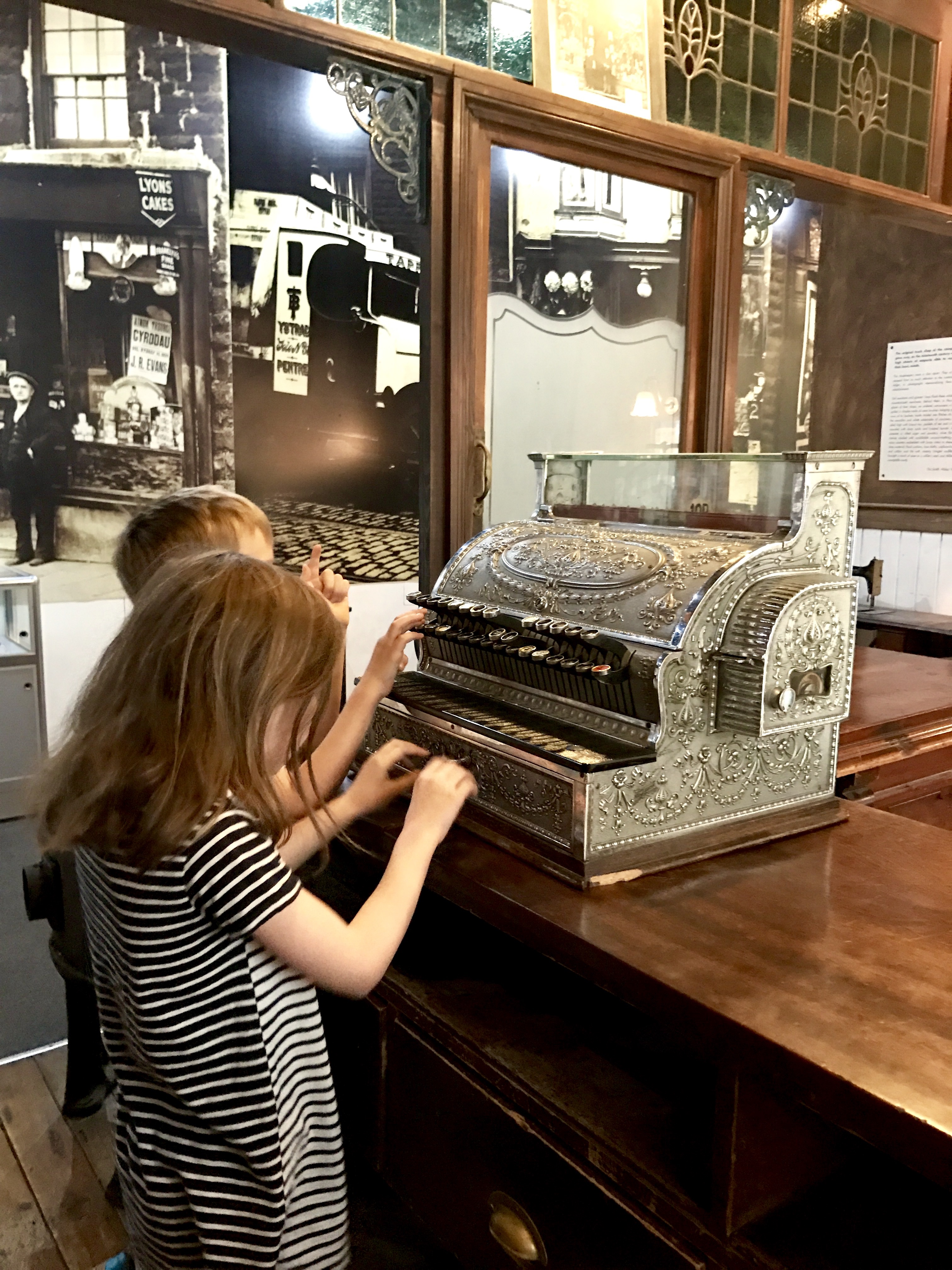 Look out this summer for Miners’ Fortnight at Rhondda Heritage Park on Saturday 29th and Sunday 30th July, from 10am-4.30pm. Celebrating the traditional miners’ holidays to the seaside, the event will feature an urban beach, with a craft fayre, refreshments, aquarium and children’s rides. Tickets cost £4 per child and £2 per adult and can be booked online in advance.

One Cardiff Mummy Says reader can visit Rhondda Heritage Park for free this summer with this fantastic giveaway for a family ticket.

The ticket admits up to two adults and two children and can be used at any time, apart from special event days.

For a chance to win, leave your answer to this simple question on the Rhondda Heritage Park post on the Cardiff Mummy Says Facebook page.

Q. Rhondda Heritage Park exists on the site of the former

Lewis Merthyr Colliery as a testament to the mining history
of the Rhondda Valleys… but what was mined here?” 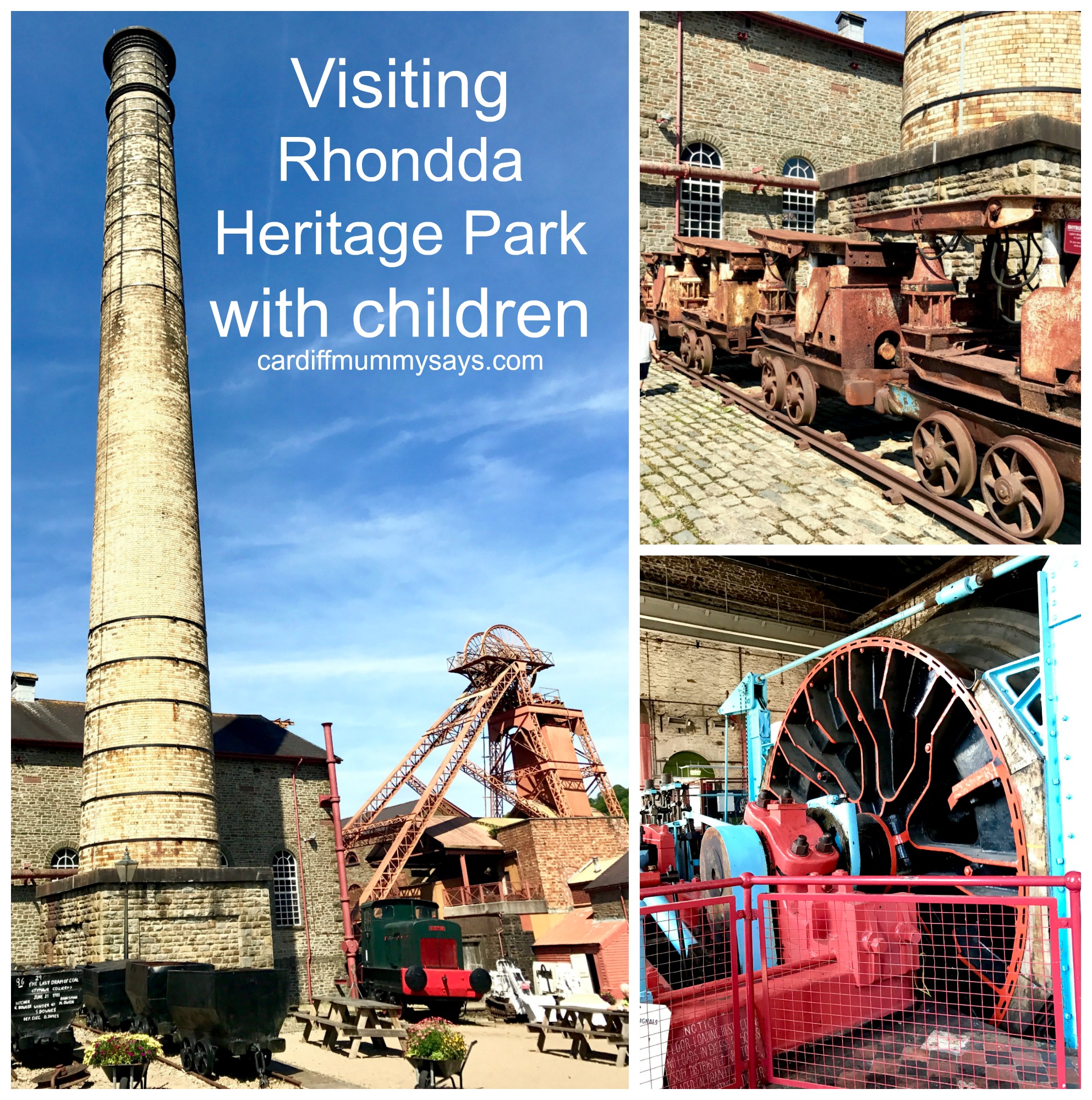