With cinemas closed due to the Covid-19 lockdown, Trolls World Tour – which should have been released on the big screens this week – is now available for online streaming so that film fans can enjoy the action in their own homes.

The follow-up to 2016’s computer-animated musical comedy Trolls is available to stream online at a cost of £15.99 for 48 hours, from sites including Sky Store, Amazon Prime Video, iTunes/Apple TV, and Google.

We loved the first film and its amazing soundtrack and will definitely be streaming it as an Easter treat.

Trolls World Tour re-joins Poppy (Anna Kendrick), Branch (Justin Timberlake) and their brightly-coloured-haired friends as they discover they are not the only trolls in existence. In fact, there are five other troll worlds, each with its own style of music.

Poppy is the queen of the pop trolls, but she and Branch discover that they, alongside country, classical, funk and techno trolls, are all in danger from hard rock troll Queen Barb (Rachel Bloom), who wants to wipe out all other musical forms. This is an exploration and celebration of different musical styles and learning to celebrate each other’s differences.

As you might expect, the animated film has a fun and vibrant soundtrack to match, and is full of all-star cameos, including Ozzy Osbourne, Kelly Clarkson, Mary J Blige, Jamie Dornan and more.

To celebrate the home streaming release of Trolls World Tour on 6 April, The Red Dragon Centre have two Trolls World Tour goodie packs to give away to two Cardiff Mummy Says readers, filled with merchandise celebrating the film. 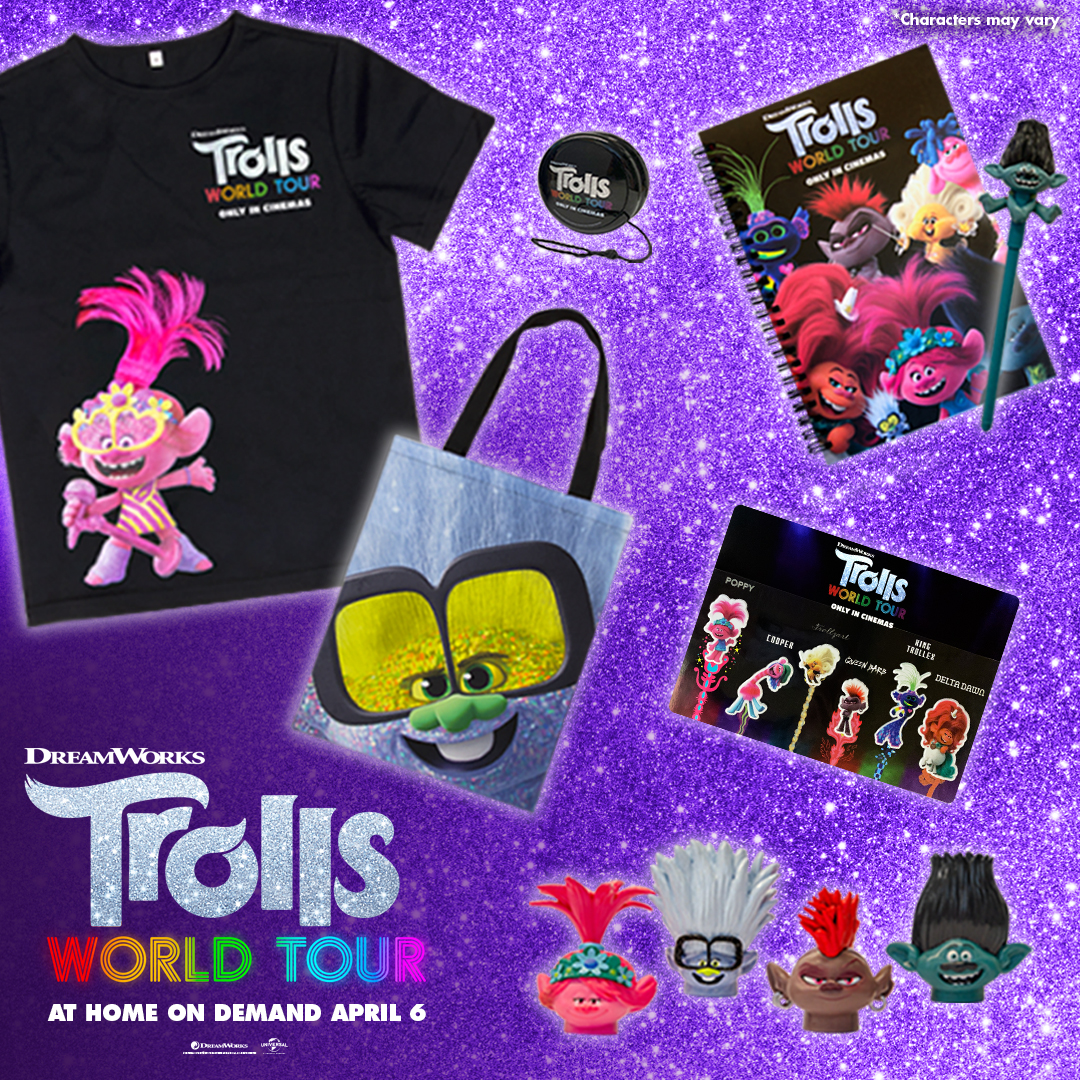 For a chance to win one of the two goodie packs, leave your answer to the following question on the Trolls World Tour post on the Cardiff Mummy Says Facebook page.

Closing date for entries is Easter Monday 13 April 2020 at 11.59pm. Full terms and conditions below.

Q. What is the name of the queen of the rock trolls who wants to

wipe out all other forms of music in Trolls World Tour?