All three of my children love Dreamworks’ Madagascar franchise of computer-animated movies, not to mention All Hail King Julien, the spin-off cartoon series available on Netflix, so they were thrilled to be invited to last night’s opening performance of Madagscar the Musical, which is on in Cardiff until Saturday.

It’s a lively and amusing production in keeping with the film and while it’s definitely not the best musical I’ve ever seen, it’s an entertaining show, with plenty of humour, brilliant costumes and puppetry, and some fun original musical numbers. It’s a fast-paced, bright and energetic musical that at one hour and 40 minutes, including interval, is a perfect first ‘big’ theatre show for young children. 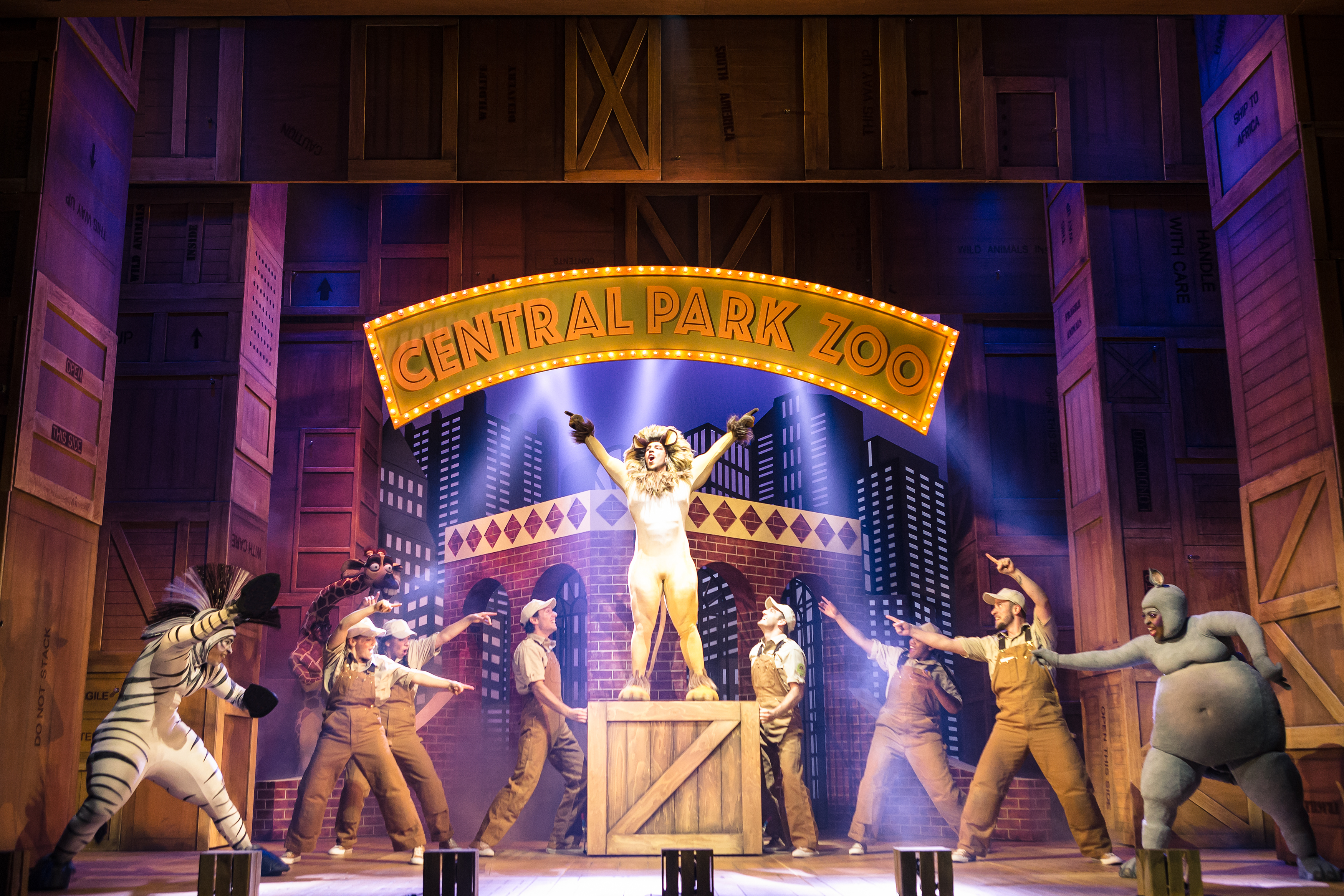 X-Factor 2016 winner Matt Terry is Alex the Lion, king of Central Park Zoo, and vocally he’s fantastic. Posi Morakinyo plays Marty the Zebra with such confidence I was surprised to read in the programme that he only graduated from drama school this year and this is his professional debut. They are joined by Hannah Victoria as Gloria the hippo and Connor Dyer as Melman the giraffe, whose costume was particularly impressive. I loved how they all took on the mannerisms of their respective animals, in the way they moved about the stage.

In contrast, the penguins, monkeys and some of the lemurs are puppets controlled by visible actors. I wondered at first if this might be confusing for the children, but actually it worked really well. The skill of the puppeteers meant you soon forgot they were there… but if you did look closely their faces were completely animated and in character throughout. 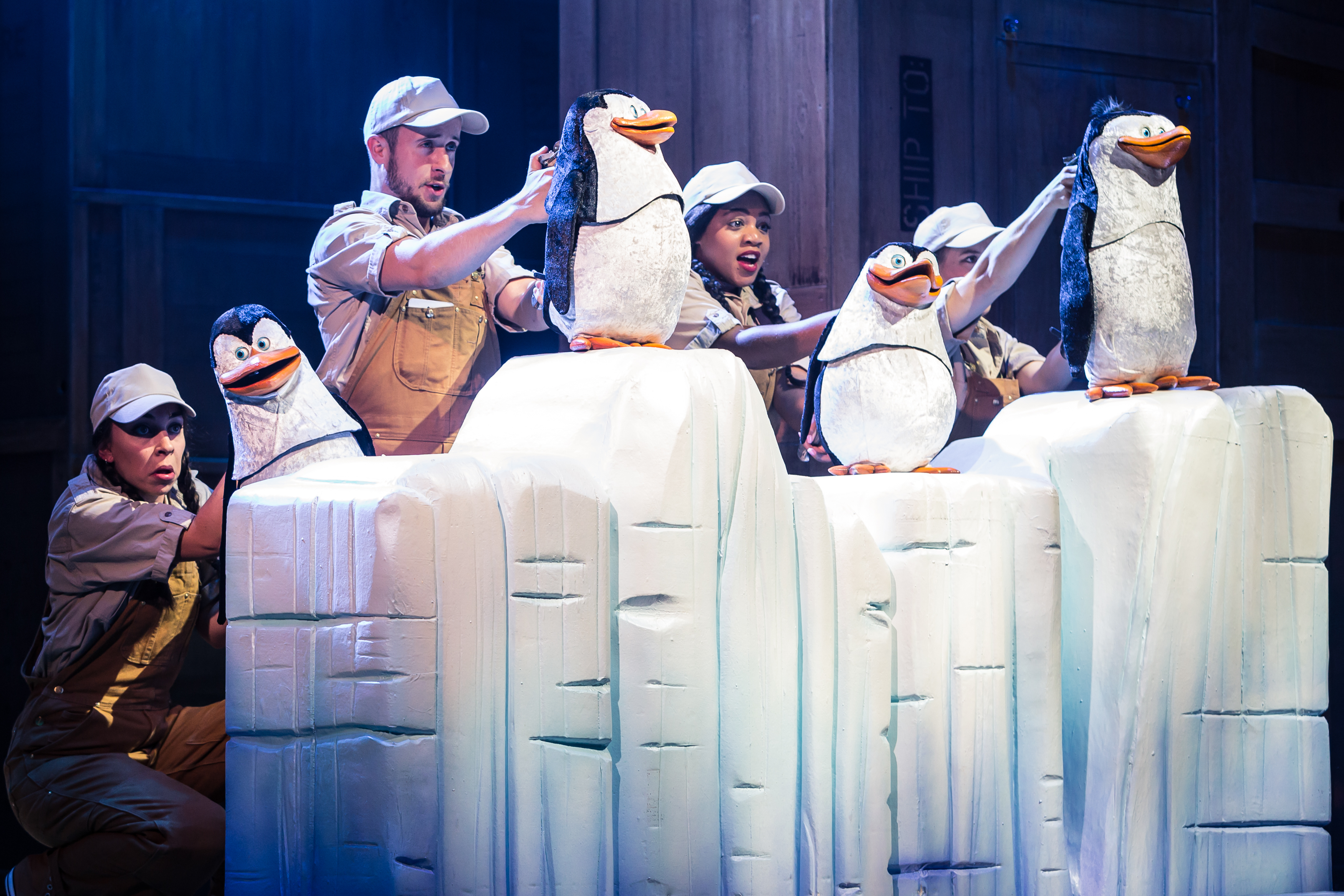 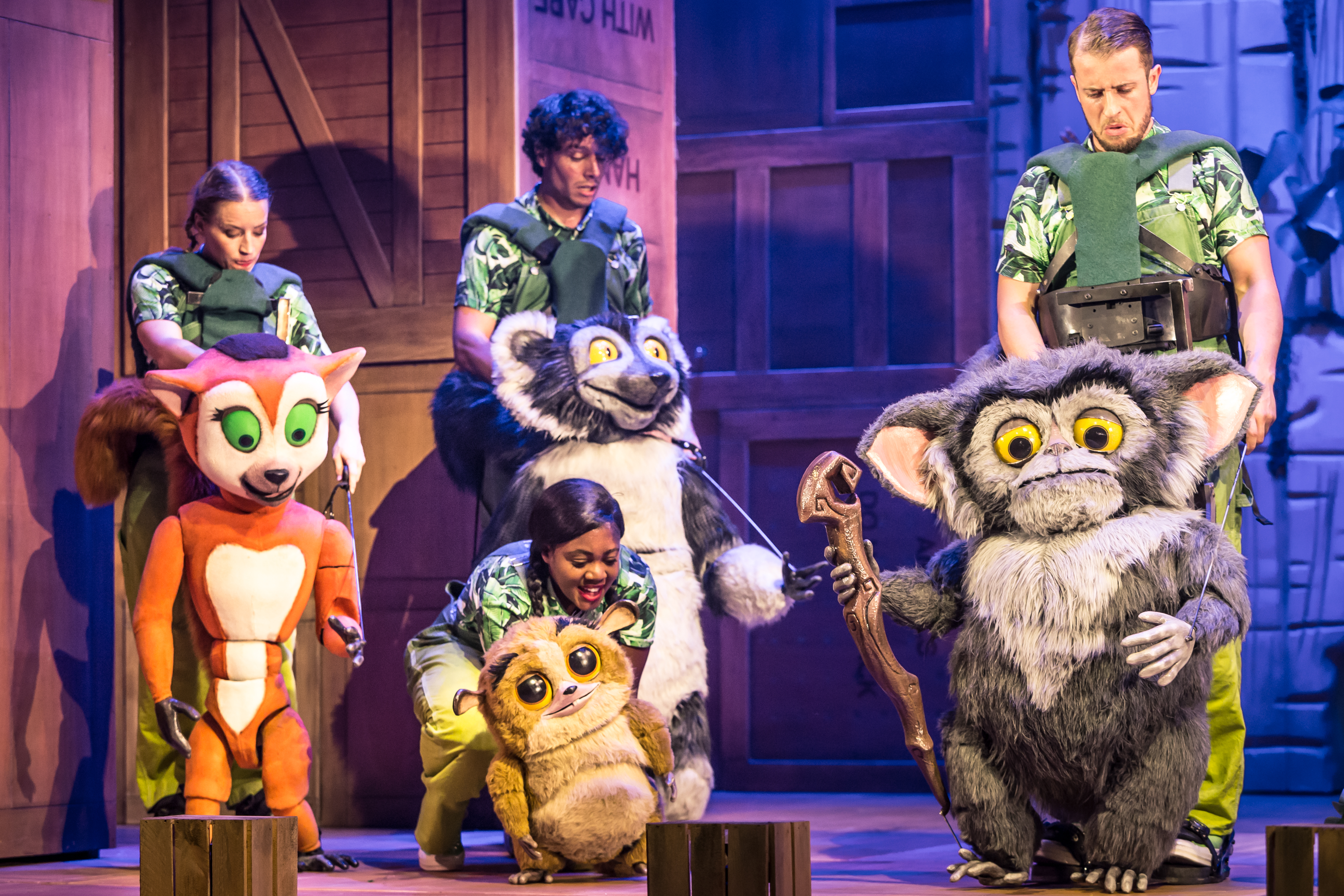 Unsurprisingly for anyone who has seen the film, it is King Julien, the king of the lemurs, who steals the show. Kieran Mortell gives a fantastic performance in this role. He’s charismatic, quirky, delivers his one-liners perfectly, and gives a brilliantly rousing rendition of the film’s most famous musical number I Like To Move It. The audience loved him.

The set is simple but effective, and I particularly liked the scene where the animals were in shipping containers; there was also some really evocative lighting too, such as the beautiful sunrise silhouetting in the opening scene when the animals at the zoo are waking up. 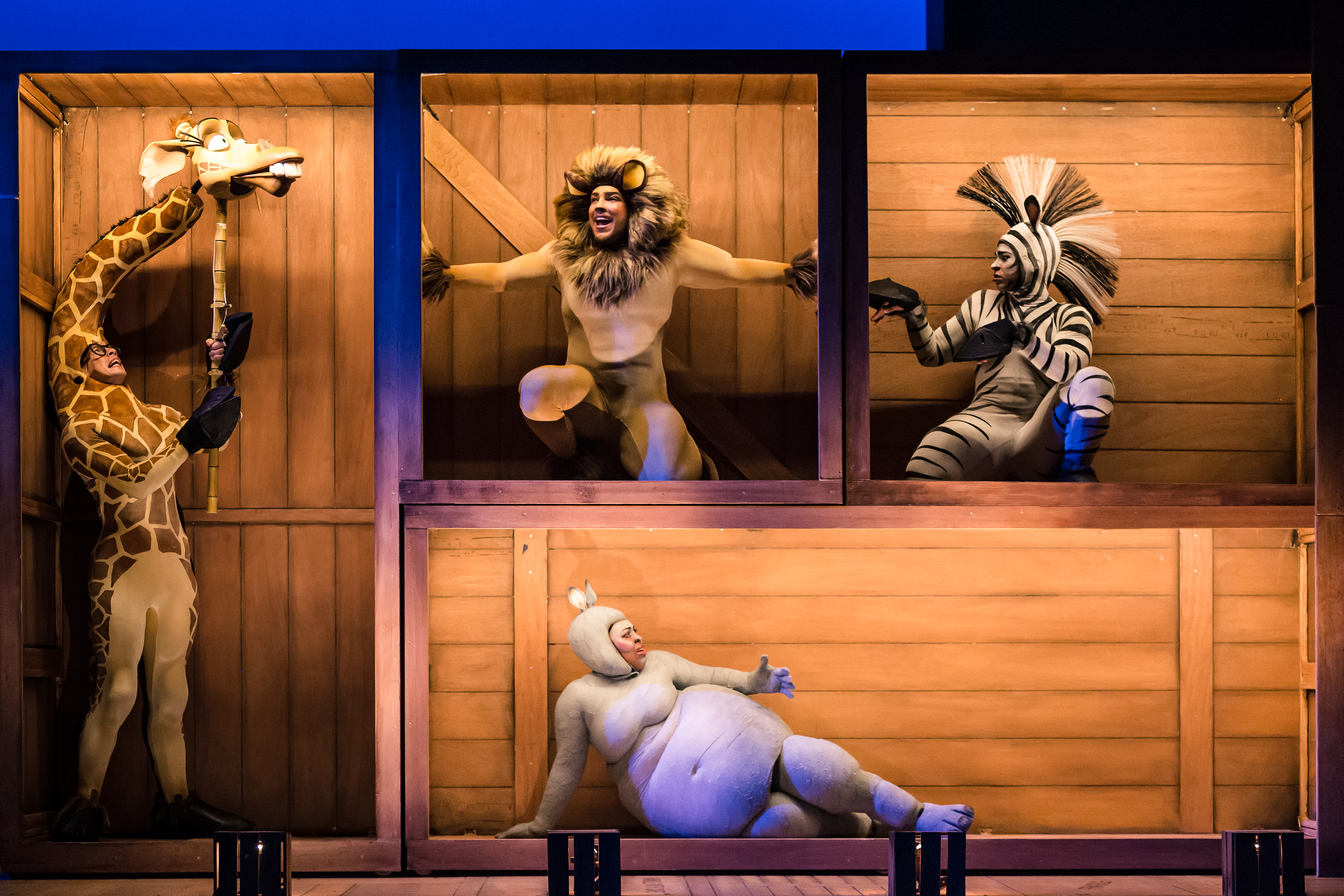 The age guidance is three, with no admittance to under 2s. My children are nine, seven and five and all three were enthralled and laughing out loud, while the smaller children sat near to us were just as captivated too…. not to mention the grown-ups, with the occasional joke just for us.

In short, Madagascar the Musical is a feel-good summer holiday treat for families, bringing the much-loved characters of the animation to the stage here in Cardiff. 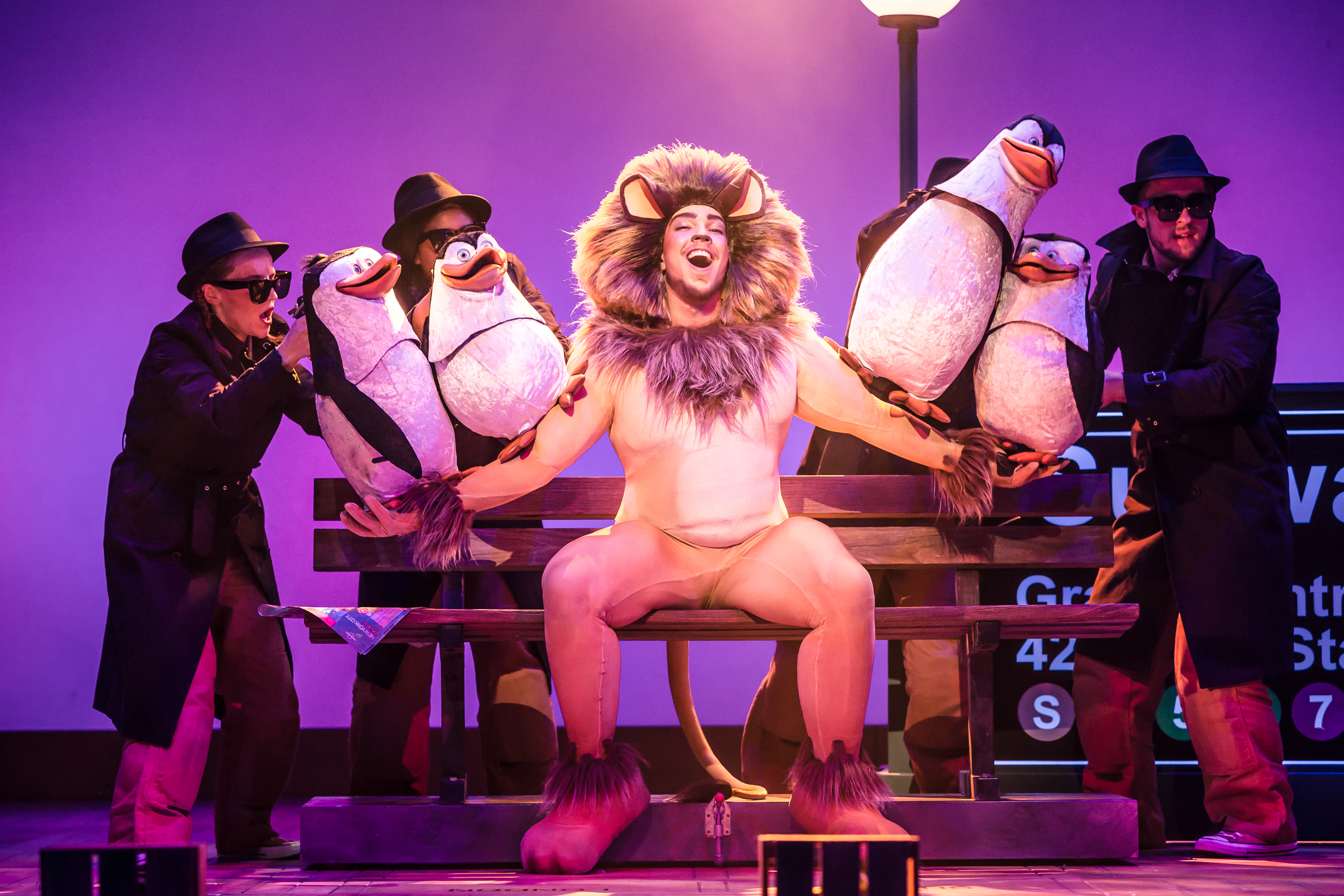 Please note Matt Terry will not be performing on Saturday 10 August.

The 2pm performance on Thursday 8 August is a relaxed performance, designed for children, young people or adults who may have disabilities, additional support needs and those on the autistic spectrum. The performance will include a number of sensory adjustments such as lower sound levels, brighter lighting and a less formal setting for the audience to move around during the performance.

The show is touring the UK – for full details see the website here.