It’s difficult to put into words just how magical a performance of Disney on Ice is. The ice skating is incredible – the dancers move with such precision and coordination it continually takes my breath away. The costumes are bright and colourful, looking like they’ve jumped straight out of your favourite Disney animation. Seeing classic Disney characters performing songs you know off by heart is enchanting. But the greatest magic is found in the faces of the children sat watching – huge smiles fill their faces and their eyes are wide with amazement. The child behind me at tonight’s opening show at Cardiff’s Motorpoint Arena, dressed as Elsa from Frozen, jumps up with excitement during this section and sings along word perfectly to the film’s most famous song, Let It Go with so much passion. It made me feel quite emotional – and it wasn’t even my child! 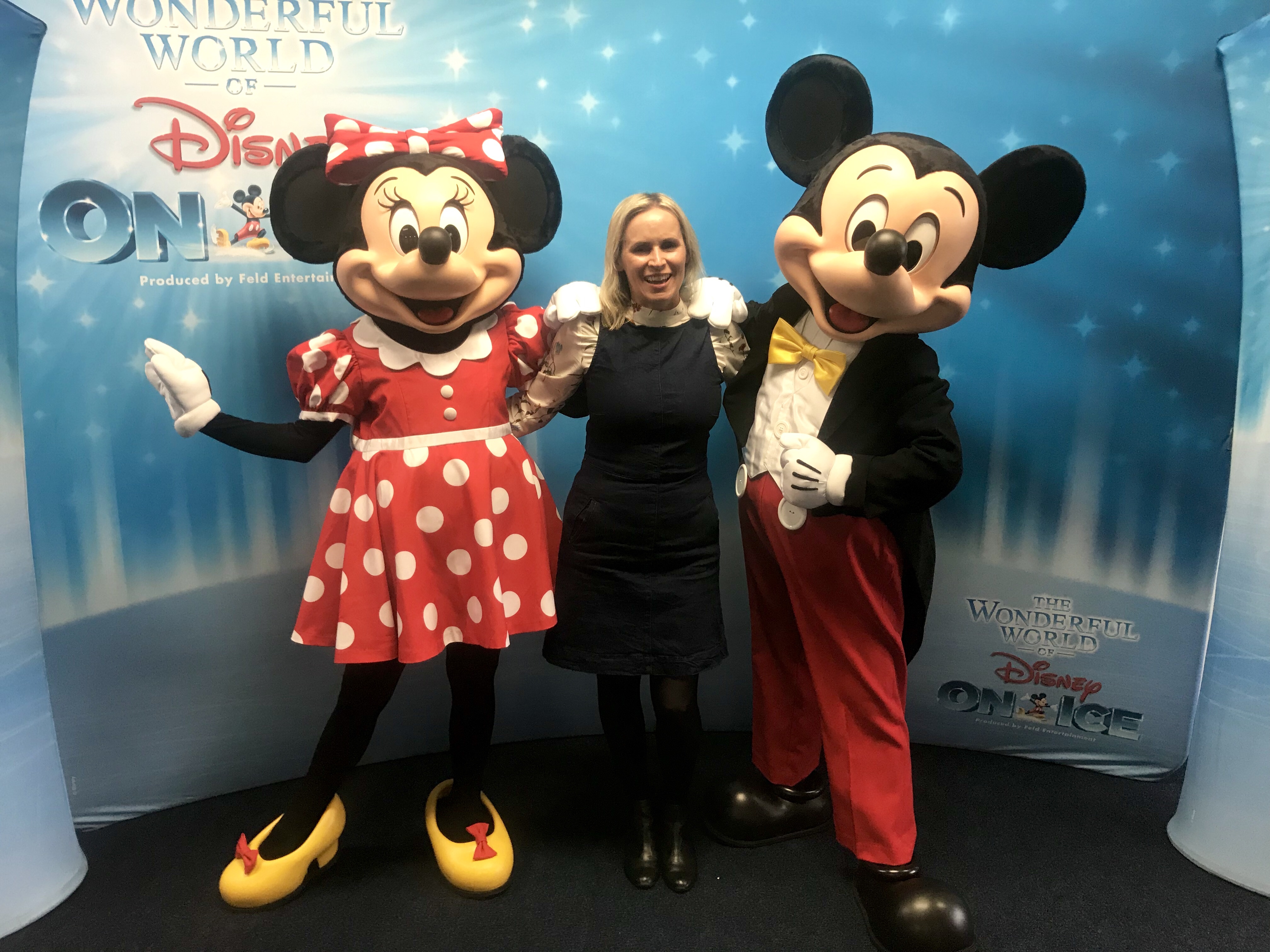 With tickets costing between £21 and £51 per person, this isn’t a cheap experience by any means and sadly won’t be affordable to all. But you know with Disney you are getting a high-quality production with two hours of well-choreographed, fast-paced and energetic ice dancing set to classic Disney songs, as much-loved animated characters come to life before your eyes. 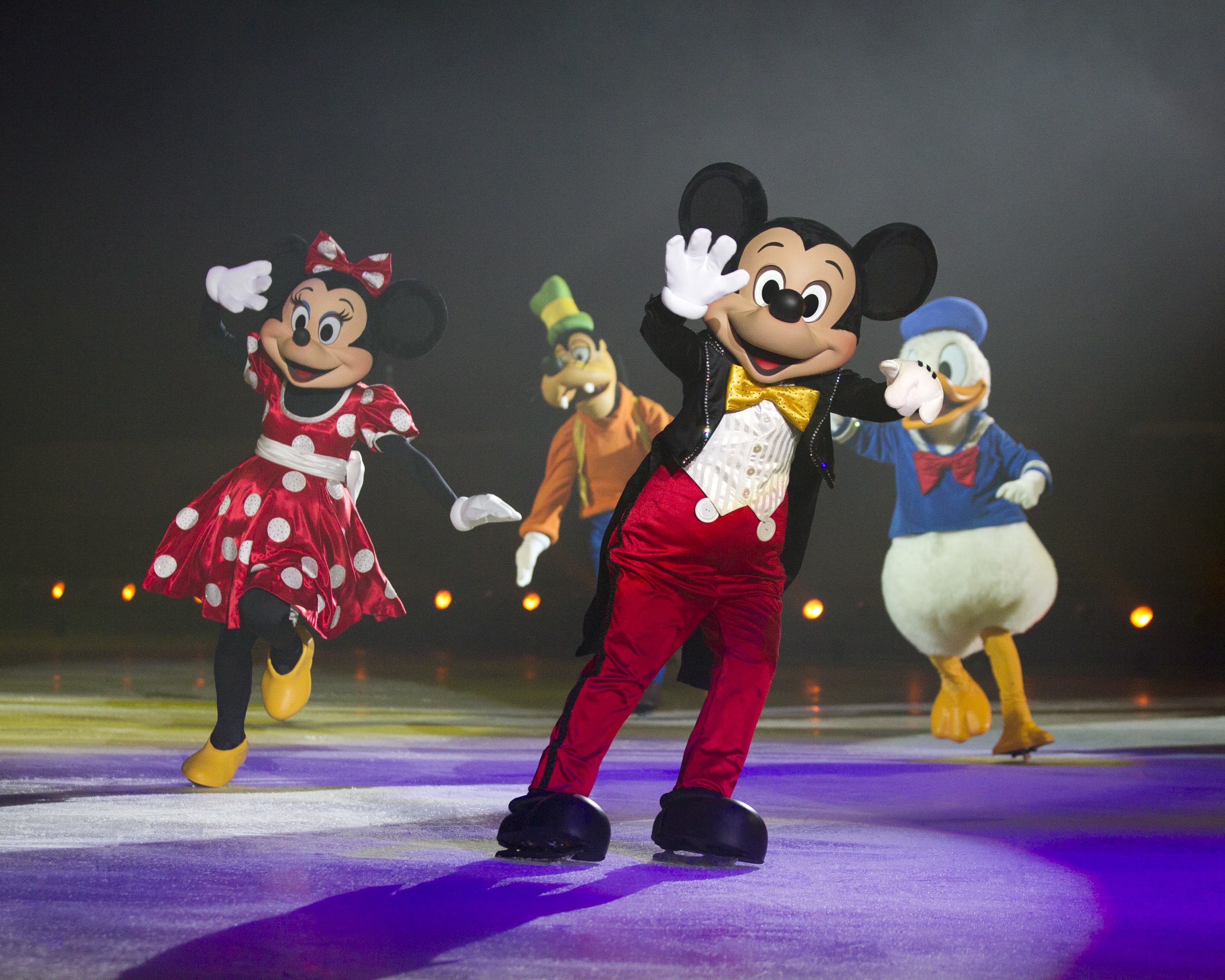 The show opens with Mickey, Minnie, Donald and Goofy finding a treasure chest which gives clues to the various stories we can expect to see on stage tonight. The four return throughout the night to introduce each new section, with more than 50 different characters taking to the stage.

An extract from The Lion King is first up – a subtle plug for the live action version of the film which will be released in July to mark the 25th anniversary of the animated original. The opening notes of Hakuna Matata have us all singing while the dancing between Simba and his love interest Nala has some wonderful turns and twists and contrasts beautifully with the full stage of jungle creatures. 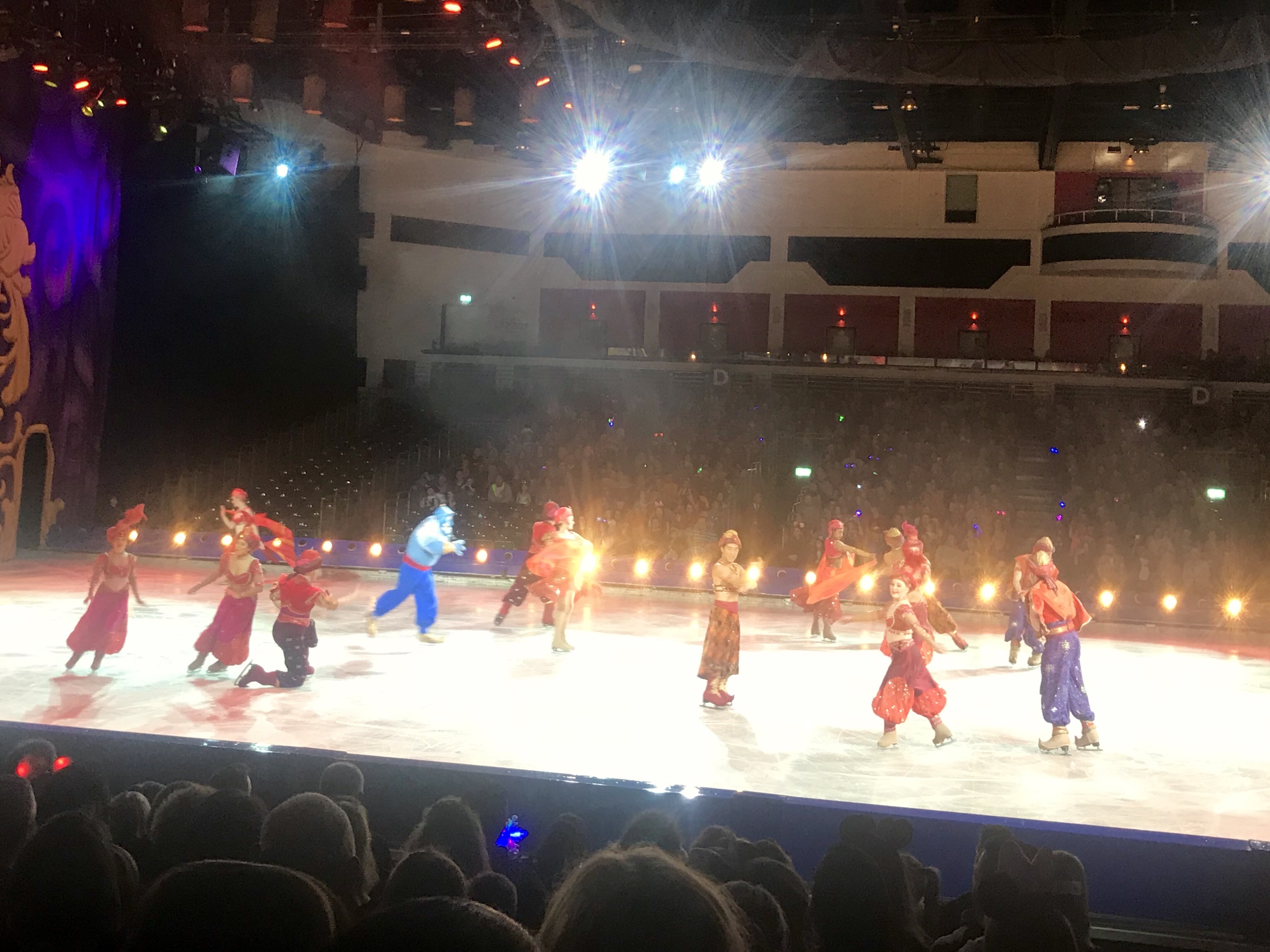 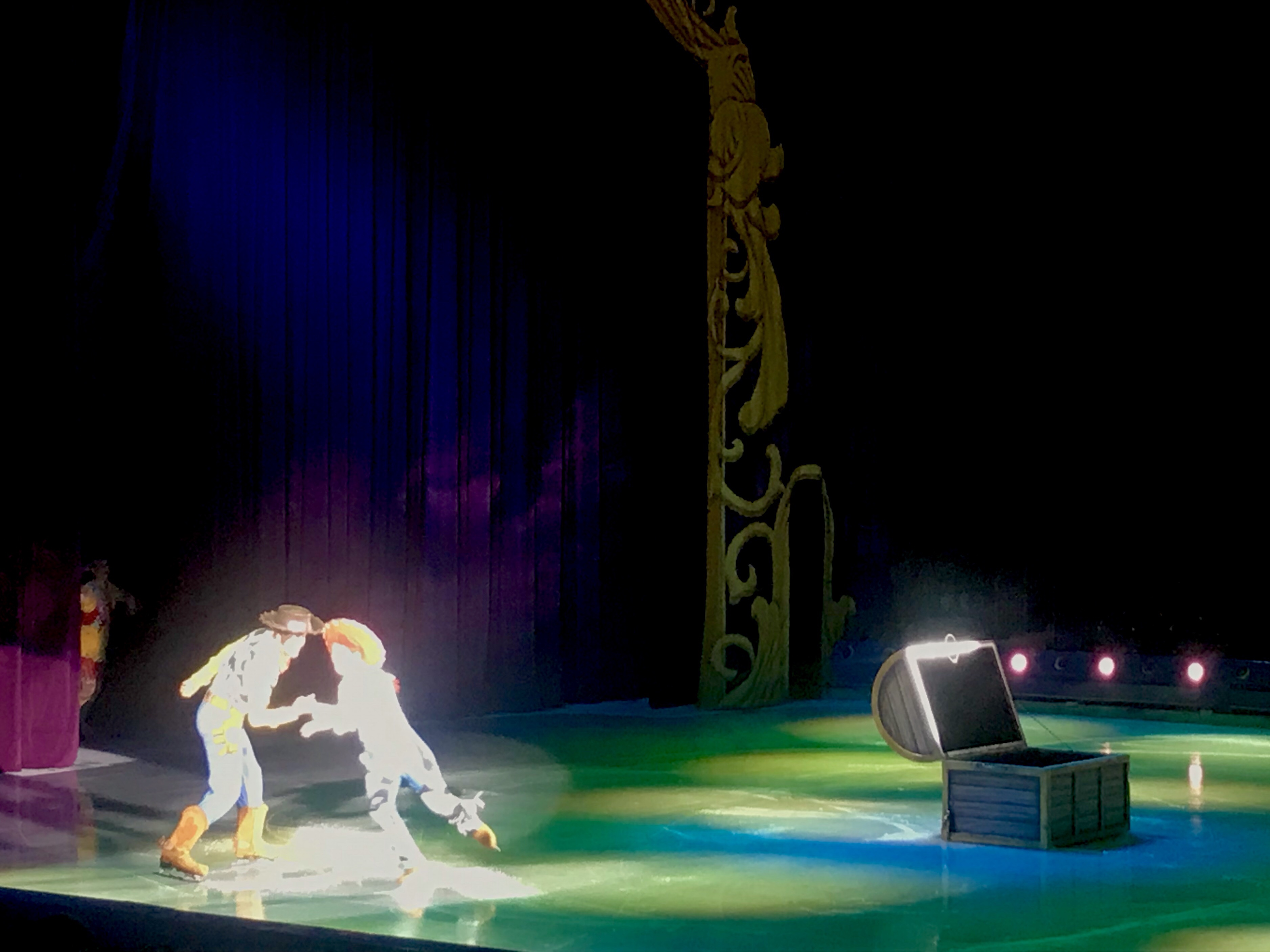 Next we see Snow White and the Seven Dwarfs – the very first animated Disney film, made way back in 1937 – with the happy sounds of Heigh Ho one of my favourite moments of tonight.

It’s no surprises to see Aladdin included on this tour, as again the action remake is due for release next month. Genie’s appearance from the lamp in a puff of smoke was cleverly executed while there were gasps all around when a huge elephant took to the stage in Prince Ali as per the musical number in the 1992 film. 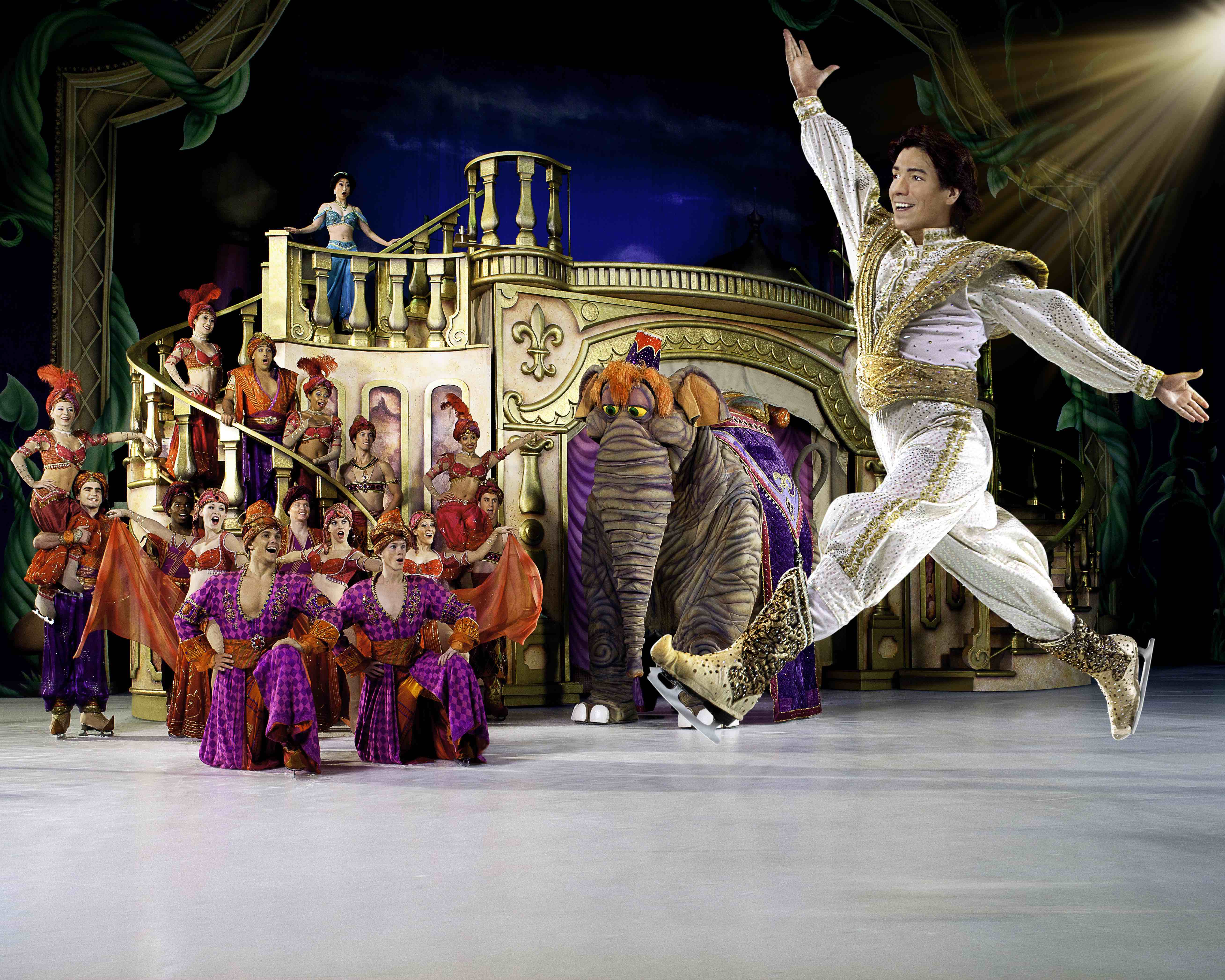 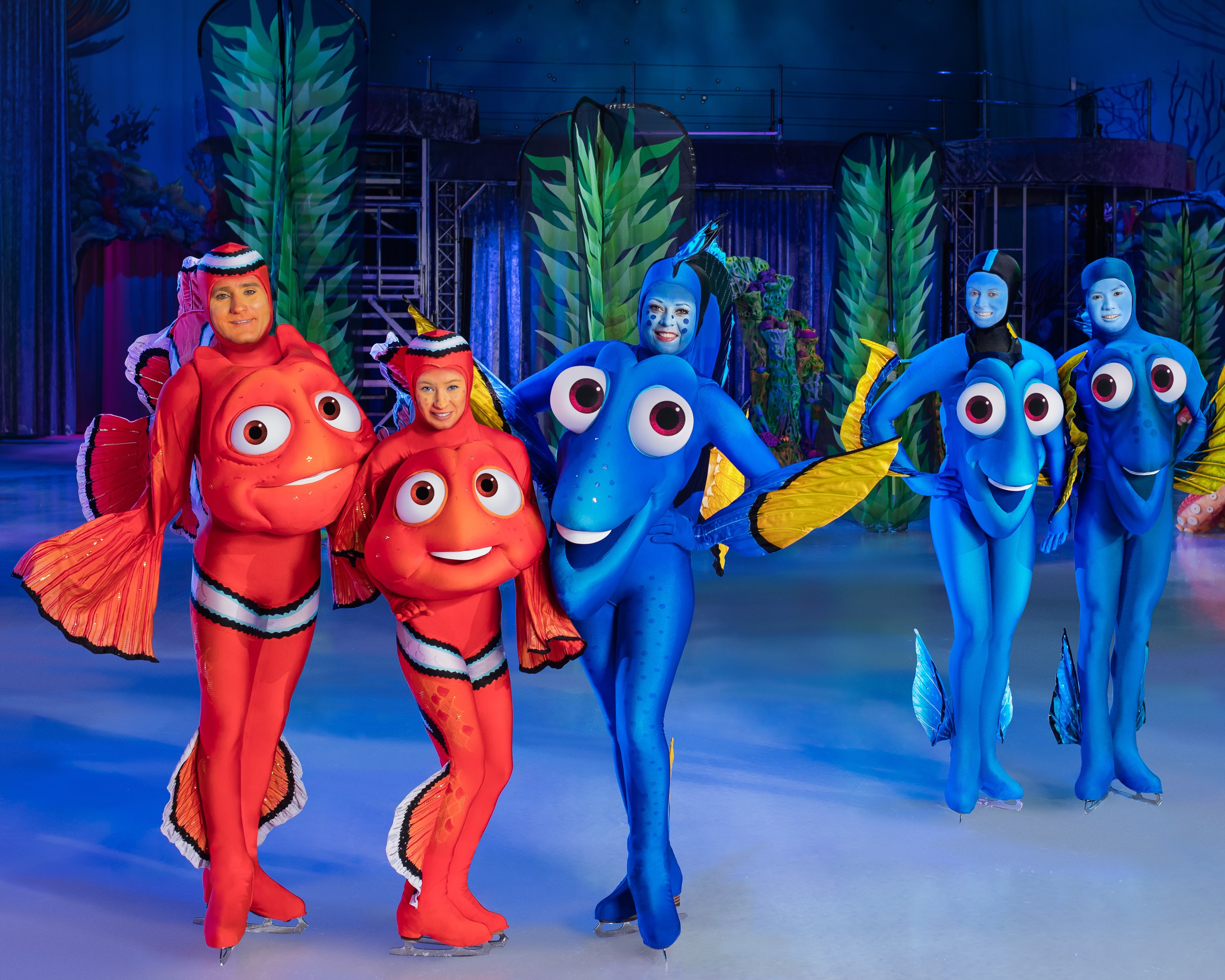 Smaller segments from The Little Mermaid and Tangled follow, all the Disney princesses and their princes dance in unison to Some Day My Prince Will Come, and there’s brief appearances from Jessie, Woody and Buzz from Toy Story (the fourth in the Disney-Pixar franchise is released in June, nine years after the last Toy Story film), and Dory, Nemo and Marlin in Finding Dory. This is the first time Dory has come to the Disney on Ice stage so I was surprised this section wasn’t longer (perhaps because it lacks the musical soundtrack of the majority of Disney animated films). 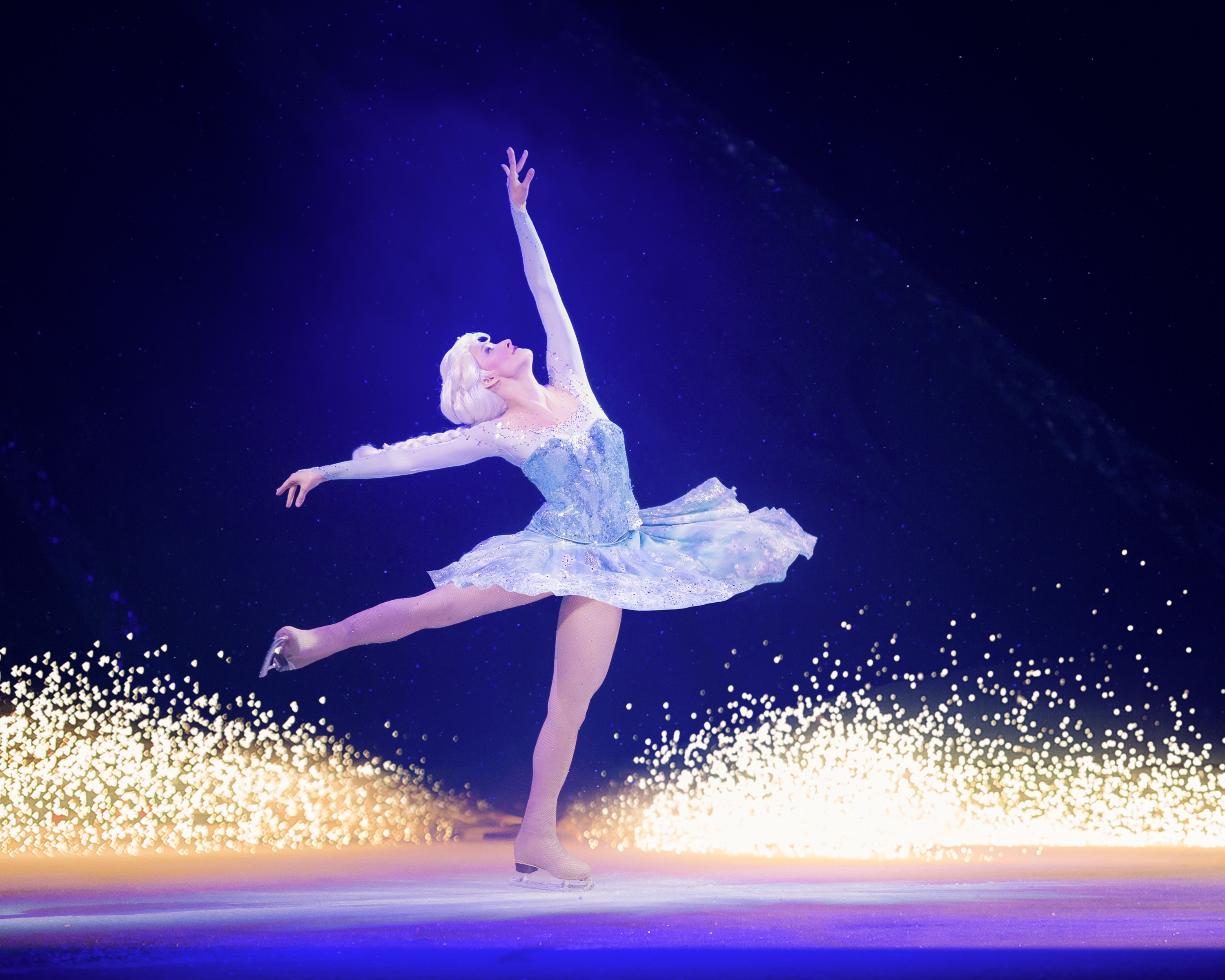 Once again, it’s left to Frozen to close the show with Anna, Elsa, Krystoff, Hans and Olaf still captivating audiences as much as the first time we saw them at Disney on Ice way back in 2015. My nine year old daughter’s former Frozen obsession is well and truly over, but there were no shortage of little Annas and Elsas present tonight, jumping to their feet and singing their hearts out as the sisters learn important lessons about unconditional love. 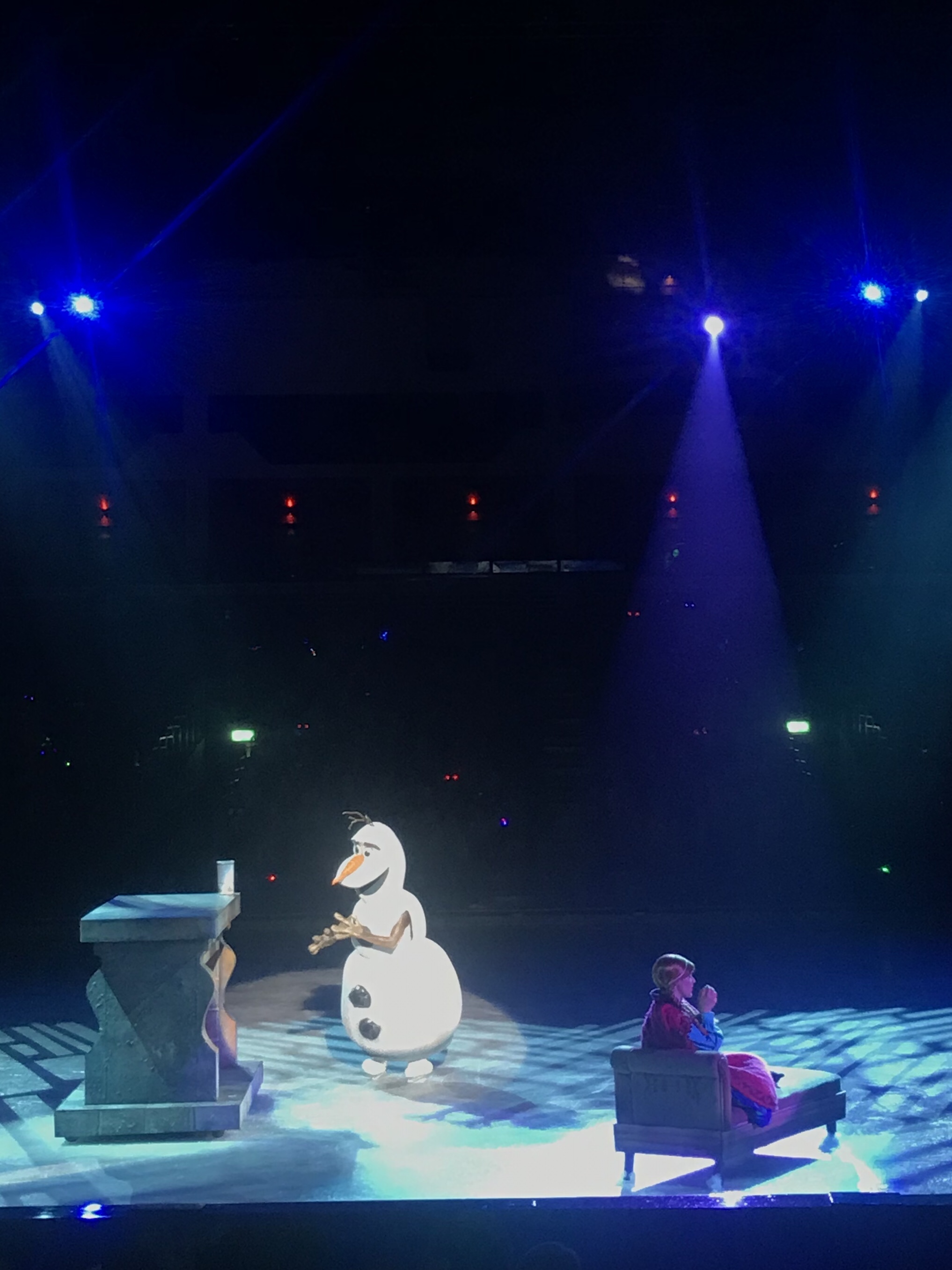 These kids look so happy they could burst. And it’s infectious because I leave the arena filled with excitement, joy and pure Disney magic.

Have you been, or are you planning on going, to see The Wonderful World of Disney on Ice? Let me know in the comments below, on the Cardiff Mummy Says Facebook page or you can tweet me on @cardiffmummy