Thanks to St David’s Hall for providing us with tickets to review Zog Live on Stage.

Zog has always been one of our family’s favourite Julia Donaldson and Axel Scheffler story collaborations, loved as much by the adults in our house as the children. In fact, we’ve had our copy of the book for so long, and it’s been read so many times, that it’s been sticky-taped back together in several places.

So when St David’s Hall in Cardiff invited us to review the opening performance of Zog Live on Stage, a new touring family theatre production which is in the city as part of its UK tour, I couldn’t wait to take the children along.

I wasn’t sure whether my nine and seven year olds would be too old for the hour-long stage production and while it’s definitely geared more towards younger audiences from around 3 to 6 there was still plenty for them to enjoy. They weren’t quite as enthusiastic as my five year old in joining in with the elements of audience participation, but they sat with big smiles on their faces throughout and we had some lovely discussions on the way home about the show’s main themes. 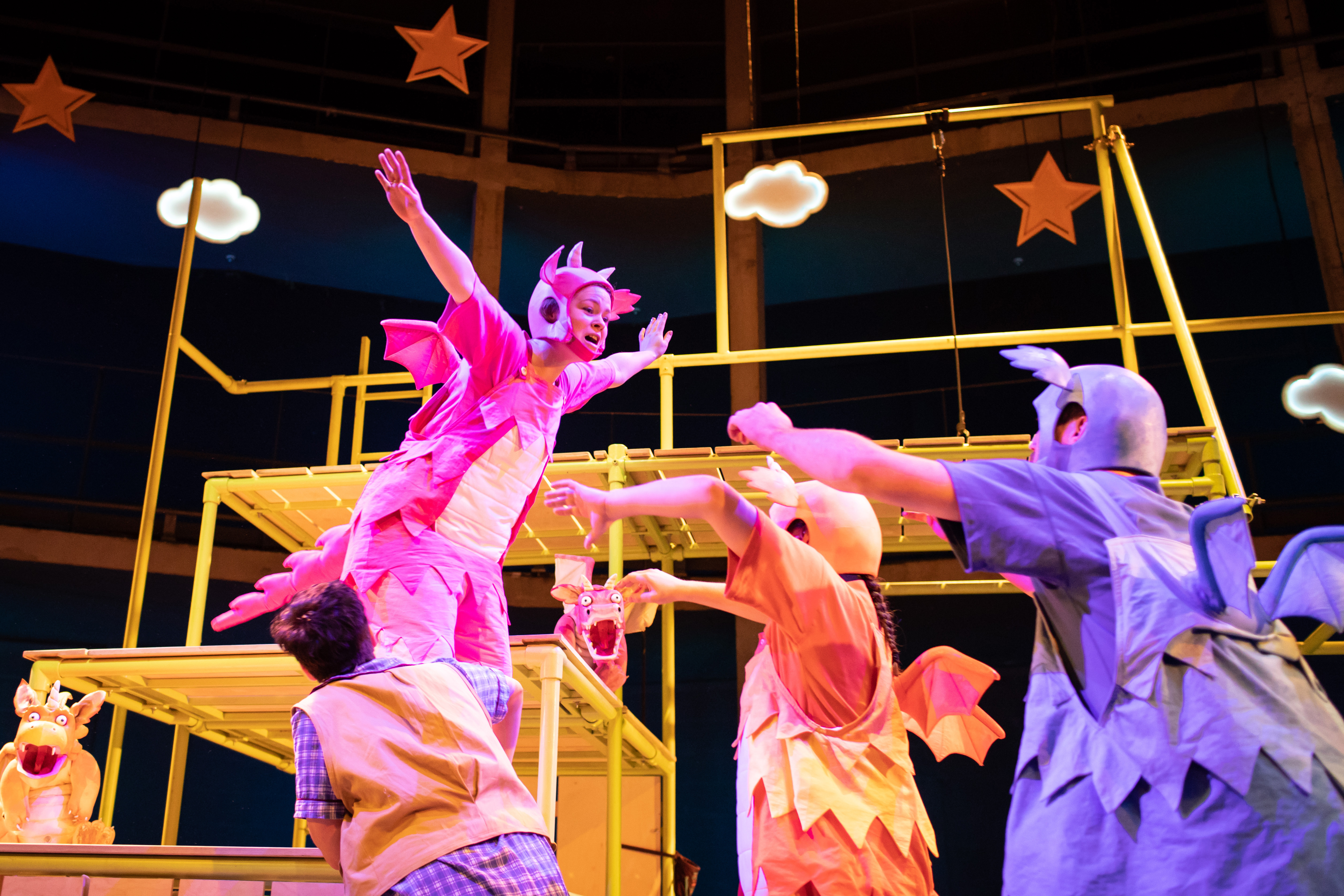 Zog is a young dragon desperately trying to do his best at Madame Dragon’s school in the hope of earning a golden star for succeeding in tasks such as learning to fly and breathing fire. However, he’s not doing too well with bumps and burns along the way… until the plucky Princess Pearl patches him up, ready to face his biggest challenge yet – a duel with Gaddabout the Great.

As well as portraying the various characters, the cast of five play a range of musical instruments on stage and operate puppets of the dragons and other creatures too. The fire breathing and flying out into the stalls is particularly well received by the young audience. There’s plenty of scope for children to use their imaginations, with very few props used, and a simple but effective set of a multi-tiered scaffolding-like structure becoming the school, Gaddabout’s castle and the tower that imprisons Princess Pearl. 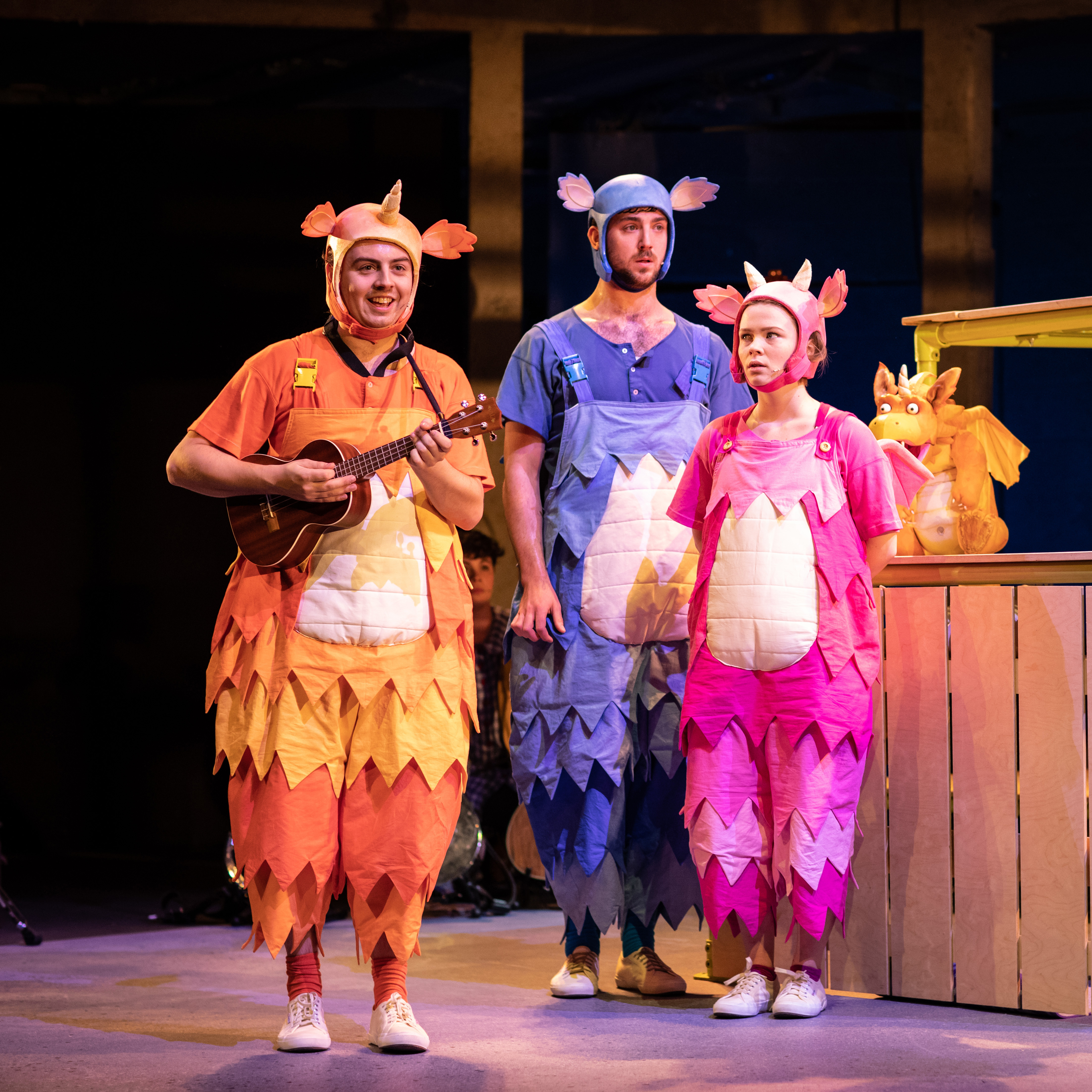 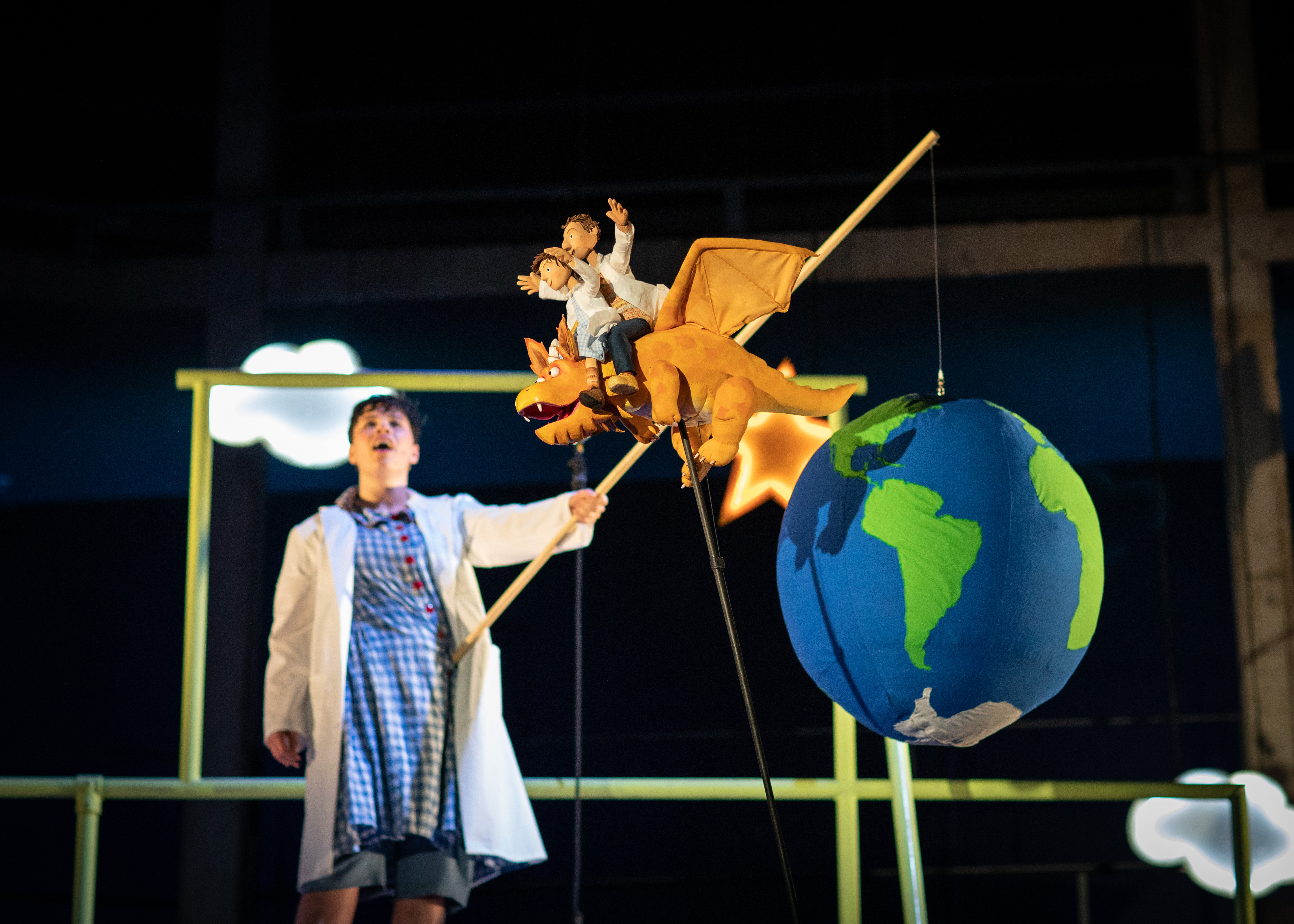 This isn’t a straight retelling of the story and it varies a bit from the much-loved book. Freckle Productions build upon the book with plenty of original songs and plot expansions. The dragons learn important lessons about friendship and doing what is right, while Princess Pearl is even feistier and less stereotypically-princessy than in the book. I loved her portrayal by Emily Benjamin, who comes from the Rhondda Valley here in South Wales. She’s delightful in this role, strong and assertive but sweet and kindly, and with a beautiful singing voice too. We also loved Euan Wilson as Madam Dragon, played a lot more sternly than the book, but without being too scary for the young audience. Elliot MacKenzie has us all rooting for him as Zog, Robert Ginty has some humorous moments as Sir Gadabout; while Dixie McDevitt guides the narrative with her rabbit puppets, as well as playing one of the dragons. 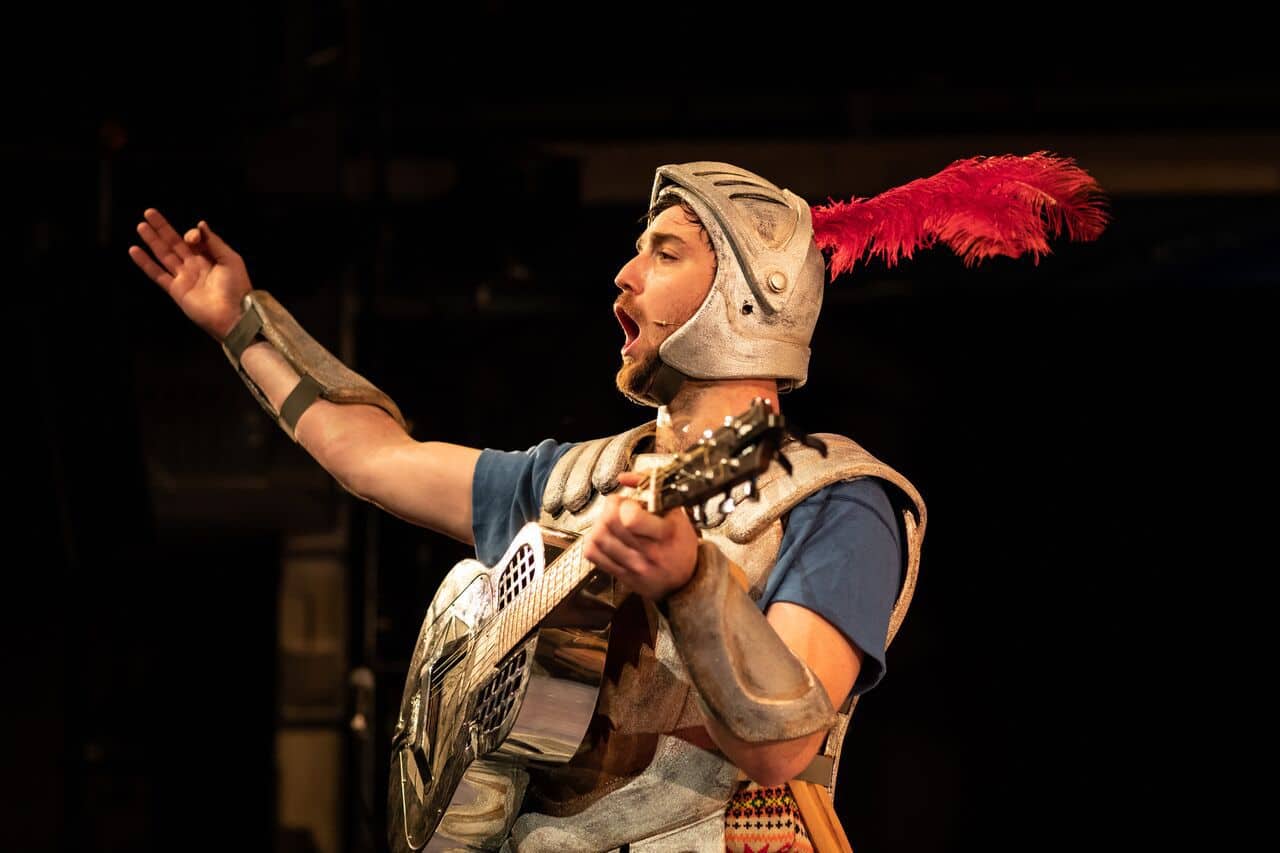 I would have liked a little more of the rhyming verse so familiar from the 2010 book, as having seen previous book-to-stage adaptations it’s always lovely to hear children joining in, but otherwise Zog Live on Stage is a lovely introduction to theatre for young children and a creative and immersive adaptation of the much-loved story.

If you’re a Julia Donaldson fan then also look out for Freckle Productions’ Tabby McTat, at The New Theatre, Cardiff from August 29-31.