Steven Spielberg’s long-awaited film adaptation of Roald Dahl’s The BFG opened in cinemas yesterday, and we were excited to be among the first to see it, as part of our role as blogger ambassadors for The Red Dragon Centre in Cardiff Bay.

The story of the little girl who is snatched by a giant from the window of her orphanage, and the friendship that ensues, has been a childhood favourite since it was published in 1982.

The film is pretty faithful to the book, thanks to Melissa Mathison’s screen play. She sadly died of cancer before the film was completed and the film is dedicated to her. I could see my daughter’s delight at recognising dialogue we’ve previously read – but it brings to life London, Giant Country and Dream Land in such a vivid and real way that trumps even the best of imaginations. 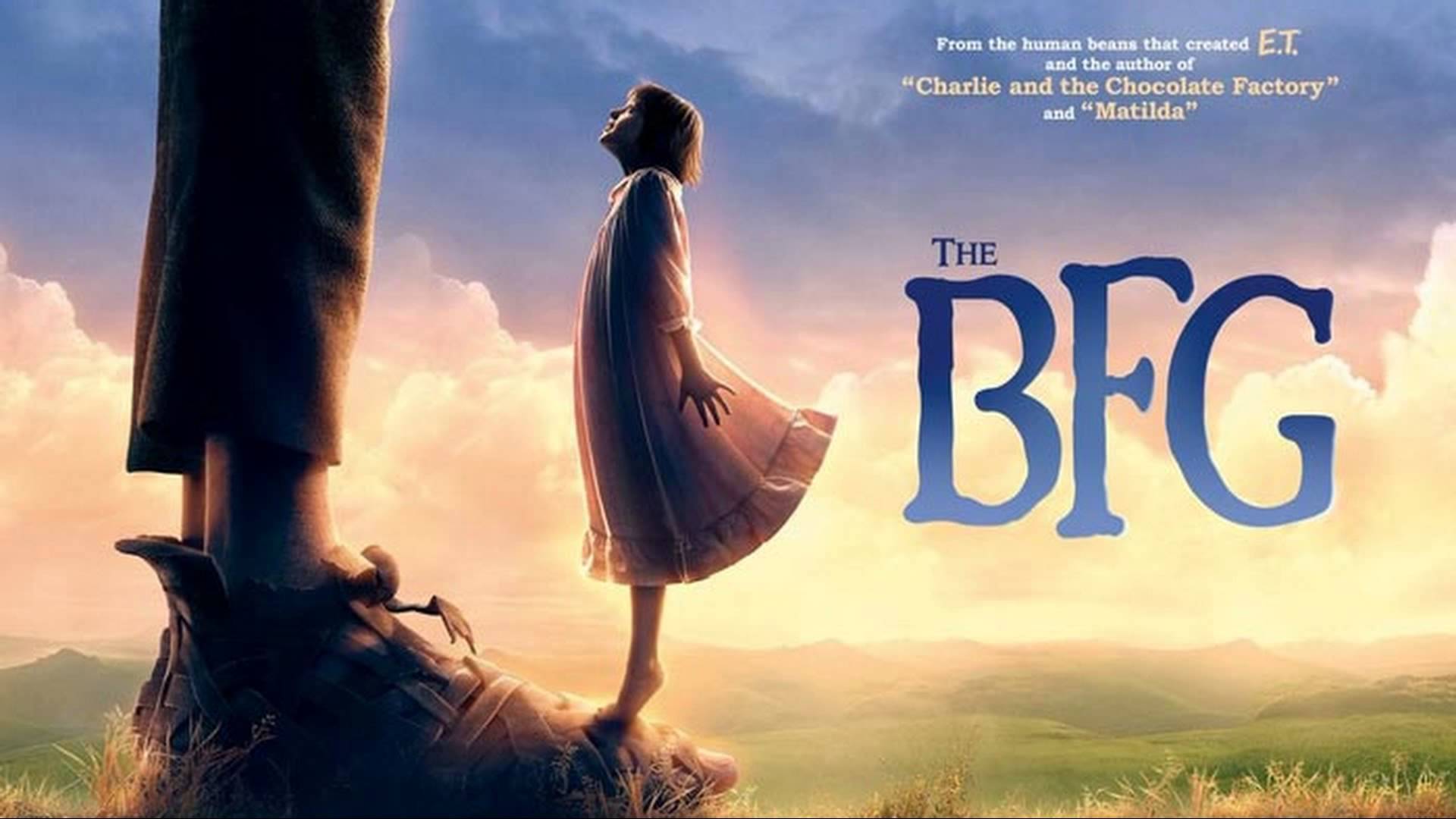 I loved Ruby Barnhill as Sophie. She’s just a regular little girl with brown hair and glasses, very likeable with it, and a world away from the usual Disney heroines (Walt Disney Pictures are the film’s distributors).

Mark Rylance – who won an Oscar for Bridge of Spies, also directed by Spielberg – plays the BFG. He’s a gentle giant with grey, wispy hair, a soft West Country accent, and a good resemblance to the drawings of Quentin Blake, who illustrated Dahl’s books.

You can’t help but feel for him in the scenes where he is being bullied by the bigger giants, who call him Runt, yet he never overplays it. Despite the obvious CGI and makeup effects, and distortions to his body, you never lose sense of his character, with his big eyes holding so much emotion.

He really brings to life Dahl’s wonderful language – words such as human beans, snozzcumbers and scrumdiddlyumptious all sound so natural coming from him. 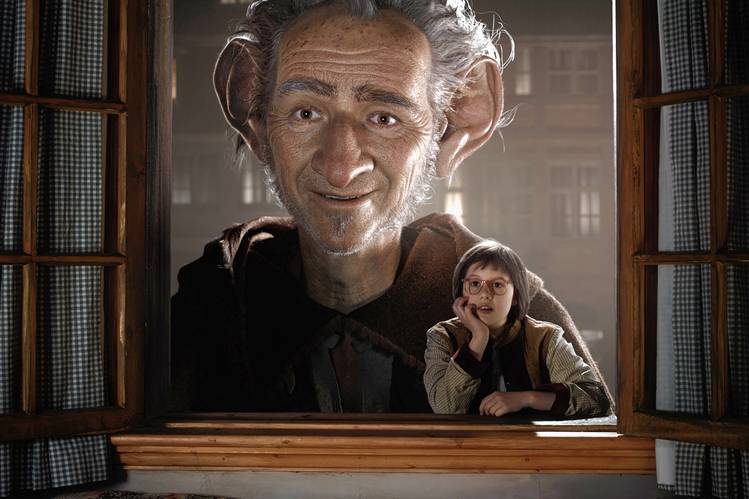 The special effects are really jaw dropping. The giant’s hand snatching Sophie near the start of the film is rather sinister – we saw it in 2D, but I can only imagine what an impact it would have had in the 3D version. The scenes where Sophie tries to escape from the gang of giants who want to eat her are fantastic, in particular the moment when she hides in a snozzcumber, is very nearly eaten by a giant, and then slides her way out, covered in green gunk from the vegetable, which is the staple part of the BFG’s diet.

The film does stall slightly in the middle, as it focuses on the hounding of the BFG by the gang of menacing giants. But it soon changes pace and mood entirely, when the BFG and Sophie go to London to meet the Queen. They infiltrate her dreams so that she won’t be surprised when they come to her with a plan to overcome the gang of giants. Even though I’ve read the book, there’s a real moment of will-she-won’t-she-believe that giants are kidnapping children from their beds at night. Thankfully she does, of course!

The royal scenes also provide some real comic moments, with the giant crawling through Buckingham Palace, and being served a feast of food like he has never seen before, and offering his hosts some of his fizzy Frobscottle by way of thanks. Bubbles in this drink travel downwards, instead of up, meaning the gas inside our bodies follows suit. My children laughed so hard at the sight of the Queen, her staff, and even her corgis ‘whizzpopping’ explosive puffs of green from their bottoms. It was nice to have some lighter moments.

I did worry that my children would be scared of Sophie being picked out of the orphanage by the BFG, or of the children-eating gang of giants. There were a few moments where they put their hands over their eyes, or cuddled into me or Cardiff Daddy, but they managed fine.

The BFG is a beautiful family film. It doesn’t shy away from themes of loneliness and not fitting in, but it handles them delicately and sensitively and leaves you filled with hope, faith and the wonder of childhood.

There’s a whole host of free BFG-themed activities taking place in the atrium of The Red Dragon Centre on Saturday 23rd and Sunday 24th July, from 12pm-4pm, including making your own giant’s ears, face painting and a chance to meet a giant and his friend, at 12.30pm, 2pm and 3.30pm.

The ODEON cinema in the Red Dragon Centre are showing The BFG all weekend in 2D, 3D and IMAX 3D. They also have their own BFG-themed celebrations, with free BFG ears while stocks last, a chance to step inside a Dream Jar, learn to speak Gobblefunk language, while ODEON staff disguised as giants will be greeting cinema-goers. 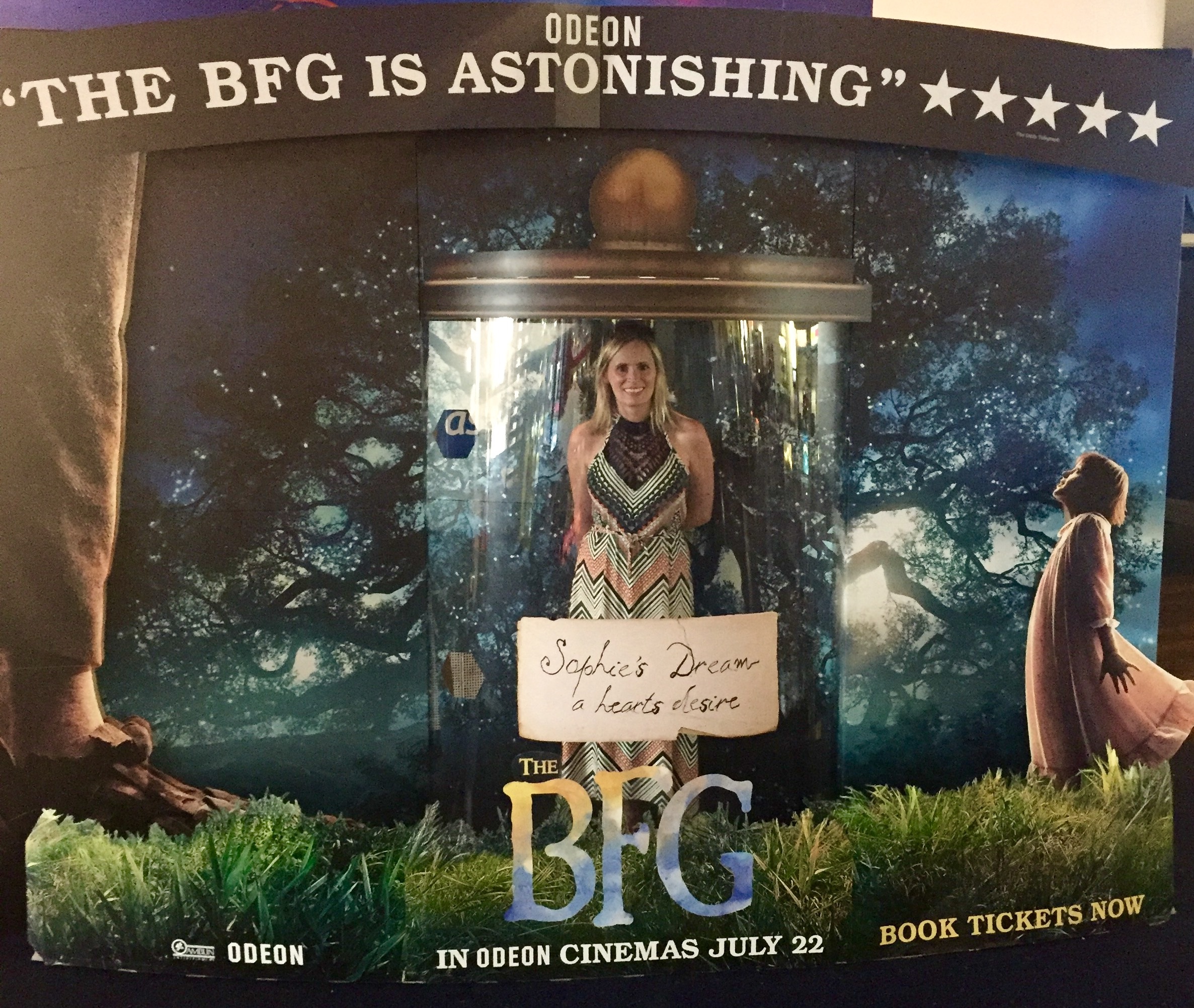 Cardiff Mummy in the dream jar at ODEON Cardiff Bay

You can also take advantage of the ODEON’s summer family ticket offer, which includes film, food and drink for a family of four for £25.

Have you seen The BFG? Do let me know what you think!