I’m a 36-year-old woman and last week I had head lice.

There. I said it. My secret is out. I have debated for a week whether to write this post or not, but I figure we’re all friends, right? And you won’t judge me, right?

I really hope not, because pretty much all school-kids get head lice at some point and as the little critters spread so quickly, I’m sure I’m not the only parent to have caught them. I’m just one of the few to admit it. Publically. On my blog! 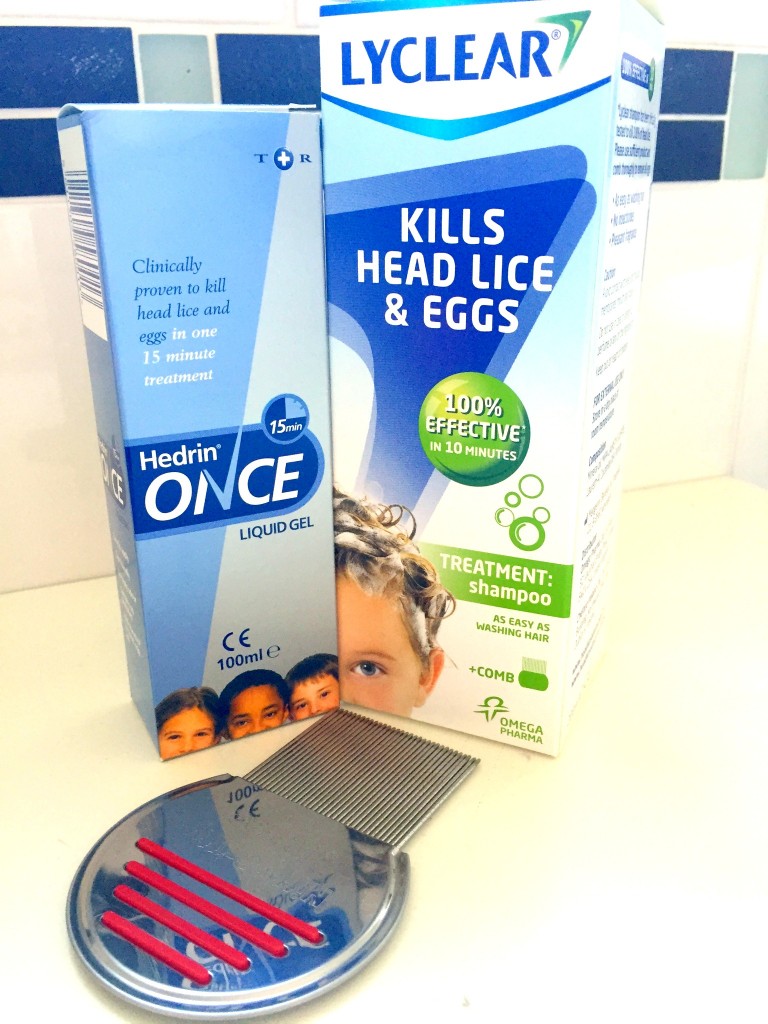 We all know that head lice only like clean hair, but who wants to confess to being a haven for icky bugs?

It was about half way through the Easter holidays when Little Miss E, my five-year-old daughter, started itching her head. It started off with her just scratching every now and again. “Maybe I’ve got nits,” she announced excitedly. “No, I’m sure you’re fine,” I replied. Little Miss E and Little Man O, her three-and-a-half year old brother, have been a bit obsessed with headlice recently. She came home from school one day near the end of term suddenly really knowledgeable about nits and asking lots of questions. Apparently some of her friends at school had been talking about them. I didn’t think anything of it at the time as she’s come home from school obsessed with lots of new things she’s learned since she started full-time school in September. I told her that sometimes just talking about nit can make you itchy. I bet you’re itchy just reading this post, aren’t you?

But then the itching escalated to full-on frantic scratching that left her hair wildly dishevelled. I gave her hair what I thought was a good check and found nothing. “Looks fine,” I told her. But still more itching. I checked again. I checked for about half an hour just before bed, meticulously combing through her hair with a Nitty Gritty comb. And then, just when I thought she was clear, I found one. Oh crap. She burst into tears. Little O ran away from her to the other side of the room. Cardiff Daddy and I exchanged panicked looks, while Baby Boy I just crawled around on the floor oblivious.

We needed some head lice shampoo. It was almost 7pm on Easter Monday and we knew all the supermarkets would be shut. Cardiff Daddy dashed out the door driving around all the smaller local shops. Four shops and not one of them sold lotion. The nearest out of hours pharmacy was a good 20 minute drive away and my children were shattered and needed to go to bed. I messaged a group of mum friends to see if anyone had any spare shampoo lying around. No one did, but one mum told me to watch what I buy because the treatment they had used had left their hair greasy for weeks. “If you’ve used the Nitty Gritty that will have got most of them anyway,” she reassured me, as I frantically googled all the latest advice on headlice.

The next morning, Cardiff Daddy left the house at 645am and went straight to Tesco to get some shampoo. The lady in the shop pointed him the direction the lotions. “She had them last week and this did the job,” her colleague said. Cardiff Daddy wasn’t sure if they were joking.

We used it on all of us. We all got combed to within an inch of our life. As I went through Little Miss E’s hair with the comb, dunking it into a bowl of water after every stroke, I discovered she actually had quite a few baby lice. One thing I have learned from my research into lice is that you can barely see the baby ones. They’re smaller than a pinhead when they’re first born and even when fully grown they’re only the size of a sesame seed. You also need to check the hair when it’s just been washed, as they can’t move on wet hair. The other thing that surprised me was that not everyone itches when they have headlice. I presumed it was the lice biting you that made you itch but no, it’s an allergy to them that causes the itching. Not everyone is allergic to them and so not everyone has the giveaway scratching. And even if you are allergic, it can take up to three months for the itching to start. By which time you’d be overrun with them.

Having my husband nit comb my hair was not what I envisaged when I made those “for better worse, in sickness and in health” vows on our wedding day. But ever the romantic, he said to me, “This reminds me of our summer ball at uni when you had your hair pinned up and I had to take out a hundred hair clips at the end of the night. You looked really beautiful that night.” And then the romance of the moment was ruined by the discovery of lice. Plural. I wanted to cry.

Over the following days, we combed and combed and shampooed again (Hedrin much more effective than Lyclear, despite being a nightmare to shampoo out of your hair) and combed some more. We hot-washed all our towels, bedding, coats, and everything we’d worn that week. We warned everyone we’d come into contact with that week to be vigilant. We warned everyone we were due to meet up with that we had been nit-treated in case they wanted to avoid us. No one did. A surprising number of them told me they too had had head lice recently. I’d had no idea. It’s not the kind of thing you see posted all over Facebook in among the cute kid photos.

I told the other parents in my daughter’s class via our Facebook group. I wanted to give them the heads-up so they could check and treat. “Please still talk to me in the playground after this confession!” I begged.

Turns out head lice have been rampant in one of the other year groups in our school since the start of the academic year. Some of the children in Little Miss E’s class, with older siblings in the school, had also been treated over the Easter holidays.

One mum thanked me for my honesty. One told me not to be embarrassed as head lice only like clean hair. I just hope everyone is as upfront if their child gets them so we can all act fast and halt their spread. “It could be so much worse,” another one said. “I saw this headline a few weeks back and it made me laugh and wince at the same time: Nits and worms epidemic hits Barnsley schools. ‘If they aren’t scratching their heads they’re scratching their arseholes,’ claims teacher.”

Okay, so the journalist in me Googled it straight away to find the full story and it’s come from the spoof Twitter account Visit Barnsley – “Pound Shop capital of the North” – but I’m sure that’s actually been the case in some school, somewhere at some point. I just hope to goodness it doesn’t happen to us.

You can read the NHS’s latest advice on headlice here.

Please tell me I’m not the only parent to have caught headlice?! Join in the chat on my Facebook page or tweet me on @cardiffmummy