Cardiff mum Lisa Whittaker was 30 weeks pregnant with twins when she discovered a lump in the front of her neck. Her sons were just five weeks old when she received a diagnosis of thyroid cancer. She is sharing her experiences on Cardiff Mummy Says in support of other new mums going through similar as well as to raise awareness of Mummy’s Star, the only charity in the UK and Ireland dedicated to women and their families affected by cancer during pregnancy and shortly after birth. Thank you Lisa for allowing me to share your story.

Finding out I had cancer was tough. Calling my partner Adam who was at home looking after our five week old twin boys was one of the hardest things I’ve ever done. I was 34 and around 30 weeks pregnant when I found a little lump in the front of my neck. I was poking and prodding it but it didn’t hurt and I’d been otherwise well and had a really good pregnancy. I ‘googled’ and realised thyroid cancer was possibility but equally it could have been nothing; just a benign little lump. As soon as I went off on maternity leave I went to see my GP, she was fantastic and immediately said ‘this could be thyroid cancer’, it’s not what I wanted to hear but in hindsight I’m so pleased she recognised the symptoms and didn’t dismiss or delay anything because I was heavily pregnant. 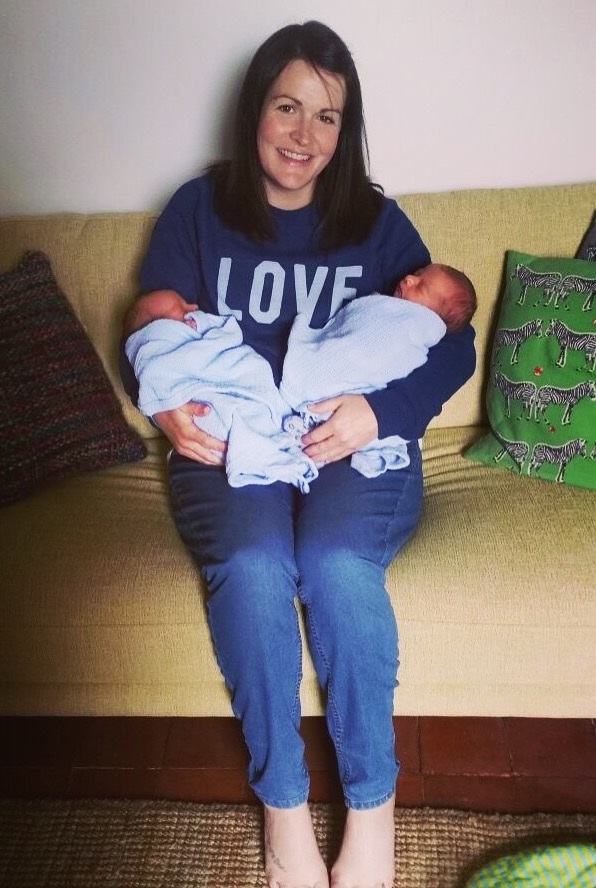 It was a slightly complicated situation because I had a planned caesarean section with the twins. Despite my GP thinking that the lump could be cancerous no one really wanted to do anything before the boys were delivered. This was probably the most worrying and frustrating time, not knowing what it was. But then the boys were born and all my attention turned to them (and trying to get a bit of sleep). The boys were 5 weeks old when I was diagnosed with thyroid cancer; 10 days later I had surgery to remove the tumour and my thyroid. Thankfully the cancer hadn’t spread into my lymph glands and the surgery went well.

After just one night in hospital I was back home with my boys. Newborn babies don’t give you much time to sit and dwell on things; they’ve been a brilliant distraction. Life moved on and I was referred to the oncologist at Velindre Cancer Centre to determine whether or not I needed further treatment. I didn’t know how we’d cope if I needed further treatment which would’ve been radioactive iodine treatment and would’ve meant moving out of our house for up to 2 weeks!  So while I was waiting to see the oncologist I decided to search for support. Thankfully it didn’t take me long to find Mummy’s Star the only charity in the UK and Ireland dedicated to women and their families affected by cancer during pregnancy and shortly after birth.

I contacted them and Pete, Founder and CEO replied really quickly “Thank you for getting in touch and I am so sorry to read what you are going through. At the same time congratulations on the birth of your twins. If we can be of any support please do not hesitate to ask”. Mummy’s Star are fantastic and it was so reassuring to know that I could contact them for advice and support especially from other women in a similar situation. They can also provide emergency small grants for families which could be for anything which is deemed as supporting the family.

I have been incredibly lucky, after chatting with my oncologist and Macmillan nurse we decided together that I wouldn’t have radioactive iodine treatment, they monitor me every 3 months and if anything changes in the future and I need further treatment I can have it then. I’ll have to take thyroxin every day for the rest of my life to replace the hormones that my thyroid produced. At times it has been tricky to work out if symptoms such as tiredness and weight loss/gain have been related to pregnancy and having young babies or part of not having a thyroid. This has involved a few tweaks to my medication but overall I have been lucky, and I can’t say this enough. I wish that a lot more people diagnosed with cancer had experiences similar to mine. Quick diagnosis and quick, effective treatment is how it should be for everyone but this isn’t always the case for lots of different reasons. I’m so aware that many women and their families have to go through so much more than us.

Through Mummy’s Star I have learned of so many Mum’s stories that have brought me to tears. Mums who have been advised to terminate pregnancies to start treatment for cancer, incredibly brave women who have decided against this option and spent their maternity leave dealing with the horrible side effects of chemotherapy while caring for their young babies. I was extremely lucky to be able to focus on and enjoy just being a mum despite having cancer and Mummy’s Star help many women do the same.

This is why I want to support Mummy’s Star in raising awareness of cancer and pregnancy and try raise as much money as I can for them to continue their brilliant work. Many cancer symptoms can be masked by or falsely attributed to pregnancy. The last thing I want to do is scare anyone but if you are pregnant and concerned about any changes to your body or health please get checked out and, if need be, ask for a second opinion.

My twins are 18 month old little rascals now. I try to avoid thinking ‘what if’ and just enjoy every day with them and Adam. I hope by sharing my story and highlighting the great work of Mummy’s Star I can help others in some small way. 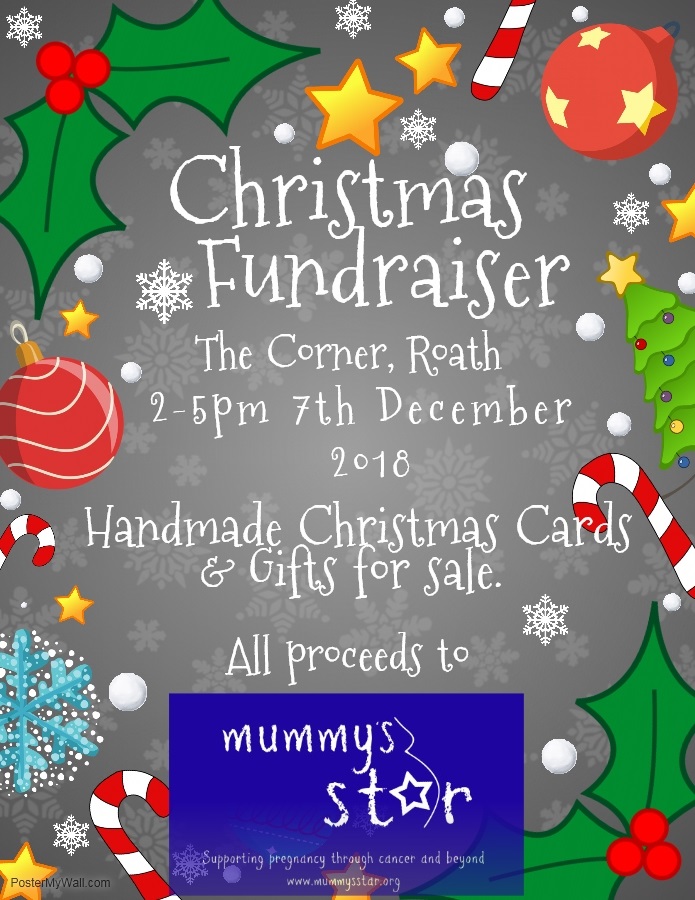 I am selling handmade Christmas cards and gifts at The Corner, Roath 2-5pm on Friday 7 December. Some lovely people, including many local businesses, have also donated prizes for a raffle. Please pop-in or get in touch for more info about the fundraiser or anything I’ve mentioned above lisa.whittaker02@gmail.com

You can read other posts in the What it’s really like…. series here.

Homepage » Family life » What’s it really like…having newborn twins and then being diagnosed with cancer?