every day moments, mummy and daughter

I know I’m biased, but Little Miss E, my 5¾ year old daughter, is so incredibly cute sometimes. We went shopping last week – me and three children… a lot less stressful than you would imagine, actually – for new school coats, and I’d promised her a new party dress.

She picked this one in Marks & Spencer. 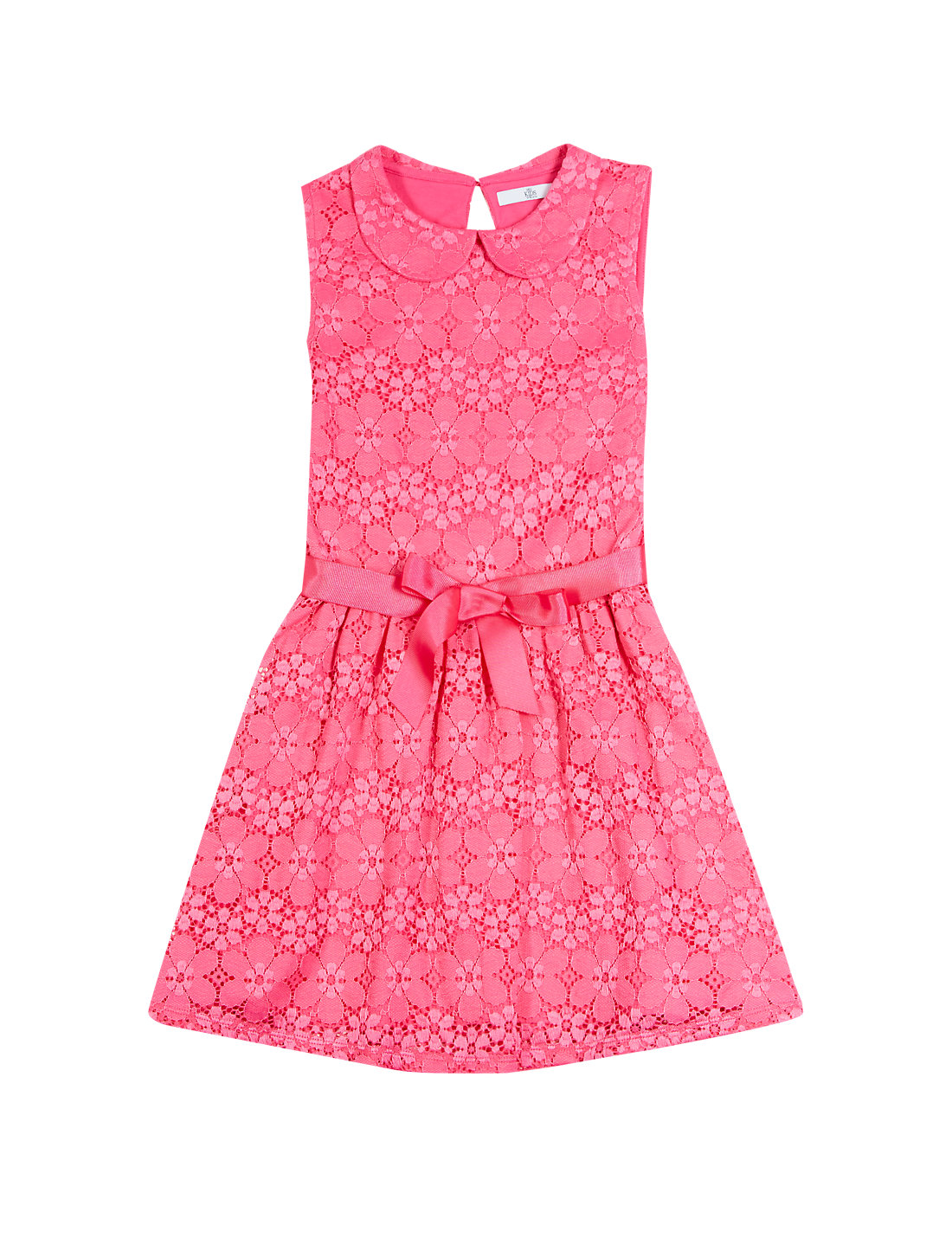 While I was busy inwardly celebrating after finding a half-price duffle coat for Little Man O, who turns four next week, she saw the dress from the other side of the store and ran across to it, shrieking with excitement.

Not just because it’s her favourite colour pink, but because “it looks just like your dress, Mummy.”

She means this one, which I bought back in May from the Yumi Concession in House of Fraser Cardiff and which I have definitely got my wear out of. I love it! (This photo was taken as part of a project I did with Wake Up To Organic hence the big fridge in the background!)

“We can wear them when we go out together, Mummy,” she told me excitedly, “then everyone will know you’re the mummy and I’m your daughter.”

I suggested various alternatives to her and told her it was okay if she didn’t look like me. But she was adamant. She wanted this one because it was just like my dress. And so we bought it.

The next day we had a big family get-together for my uncle’s birthday. I’d been planning on wearing jeans, heels and a smart top. But Miss E had other ideas. “Mummy, mummy mummy,” she said, her eyes lighting up as if it were Christmas. “We can both wear our pink dresses and we can look the same. Like twins!”

She was so excited about the whole idea, I didn’t have the heart to say no. Inwardly, I was worried what people would think about a mother turning up dressed the same as her daughter. Would they think I was a vain yummy mummy whose child is nothing more than a fashion accessory and a vanity project? Would they think we were some kind of modern-day Von Trapps, where the whole family heads out in matching outfits? Would people laugh at us?

But then I thought, why should I care what people I don’t know think? It’s a sad day indeed when a grown woman’s ego comes ahead of a young child’s pure innocence, delight and pride at wanting to do something fun and heart-warming.

She won’t always want to dress like me, I’m sure. In fact, when she’s a teenager, she’ll probably be embarrassed about my sense of dress. She’ll either be laughing at me for trying to look too young for my age or despairing at me for looking old and boring. Meanwhile, I’ll be chastising her for wearing clothes that are too revealing or too grown-up, knowing she’ll be rolling up her skirts as soon as I’m out of sight. 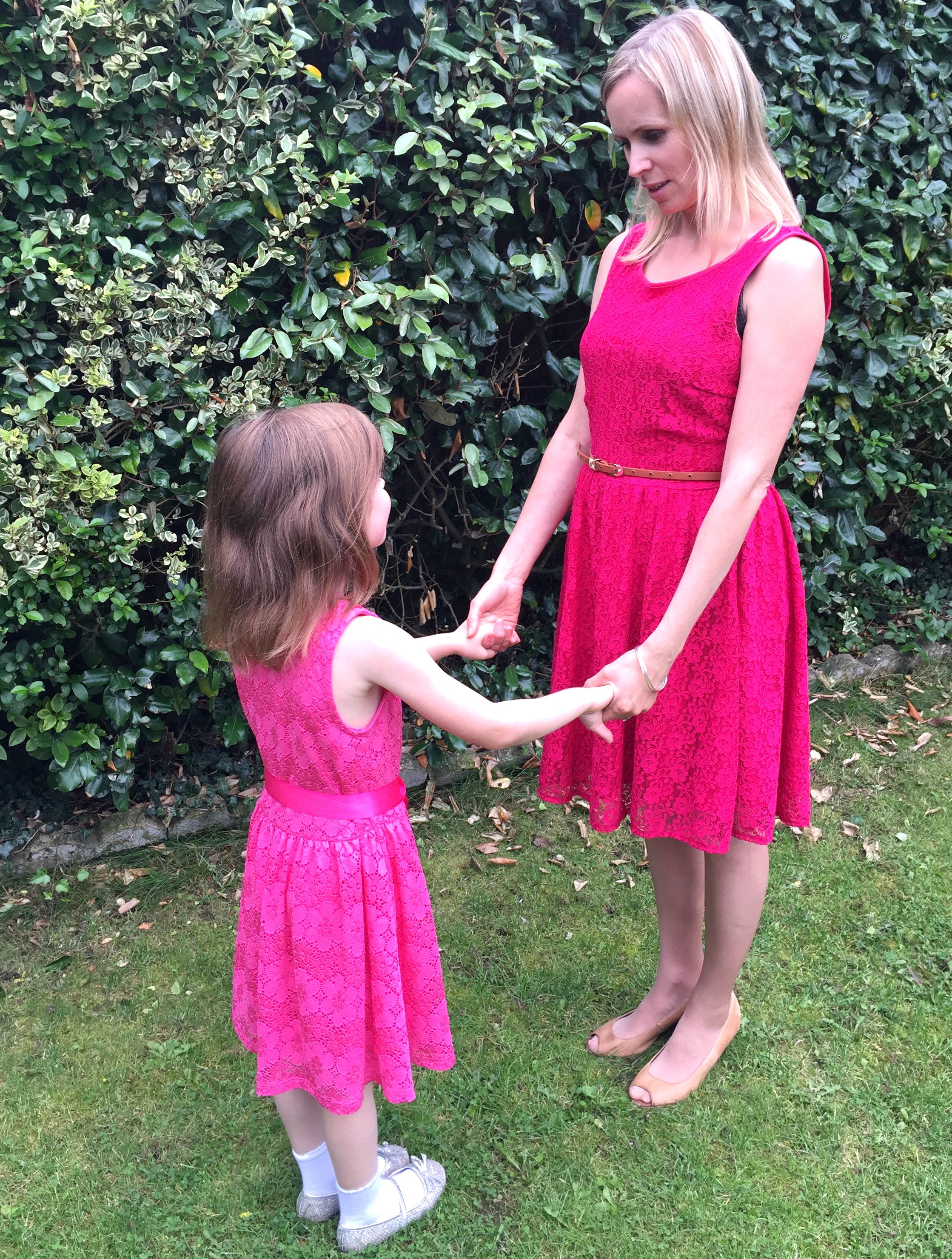 And so we headed off to the party and my extended family thought it was brilliant that we looked the same. We had to pose for lots of photos. Little Miss E had accompanied her dress with a green beaded Tinkerbell necklace and somehow got her hands on my sunglasses. My cousin said the accessories made her look like a mini Audrey Hepburn. Everyone told her she was a mini Mummy. As much as I want her to be her own person, she was delighted with this. Being the eldest of three, she and I get very little one-to-one time and this was such a lovely way for the two of us to bond.

I’d been feeling quite down about the way I look recently. My body is definitely showing the signs of three pregnancies within four years, and I still have half a stone of stubborn baby weight to shift. Little Miss E didn’t see any of that though. She was proud to look just like me – and I was proud to look just like her, too. A beautiful reminder of what it is to be loved unconditionally.

What would you have done? I’d love to hear your thoughts either in the comments section below, on the Cardiff Mummy Says Facebook page or you can tweet me on @cardiffmummy