As regular readers of my blog will know, we eat a lot of soup in our house. I love it, and as a result, so do my three children. I came up with this recipe a couple of years ago when I was craving soup but didn’t have any fresh ingredients in the house. I always have tinned tomatoes chick peas in the cupboard, and I had a bag of wilting spinach in the fridge, so I put it all together with a chopped up onion and came up with this.

It’s a super cheap, super easy-to-cook soup that is full of goodness and incredibly filling due to the chick peas. Vitamin C, iron, protein, B Vitamins, low fat…. it’s super healthy, too. 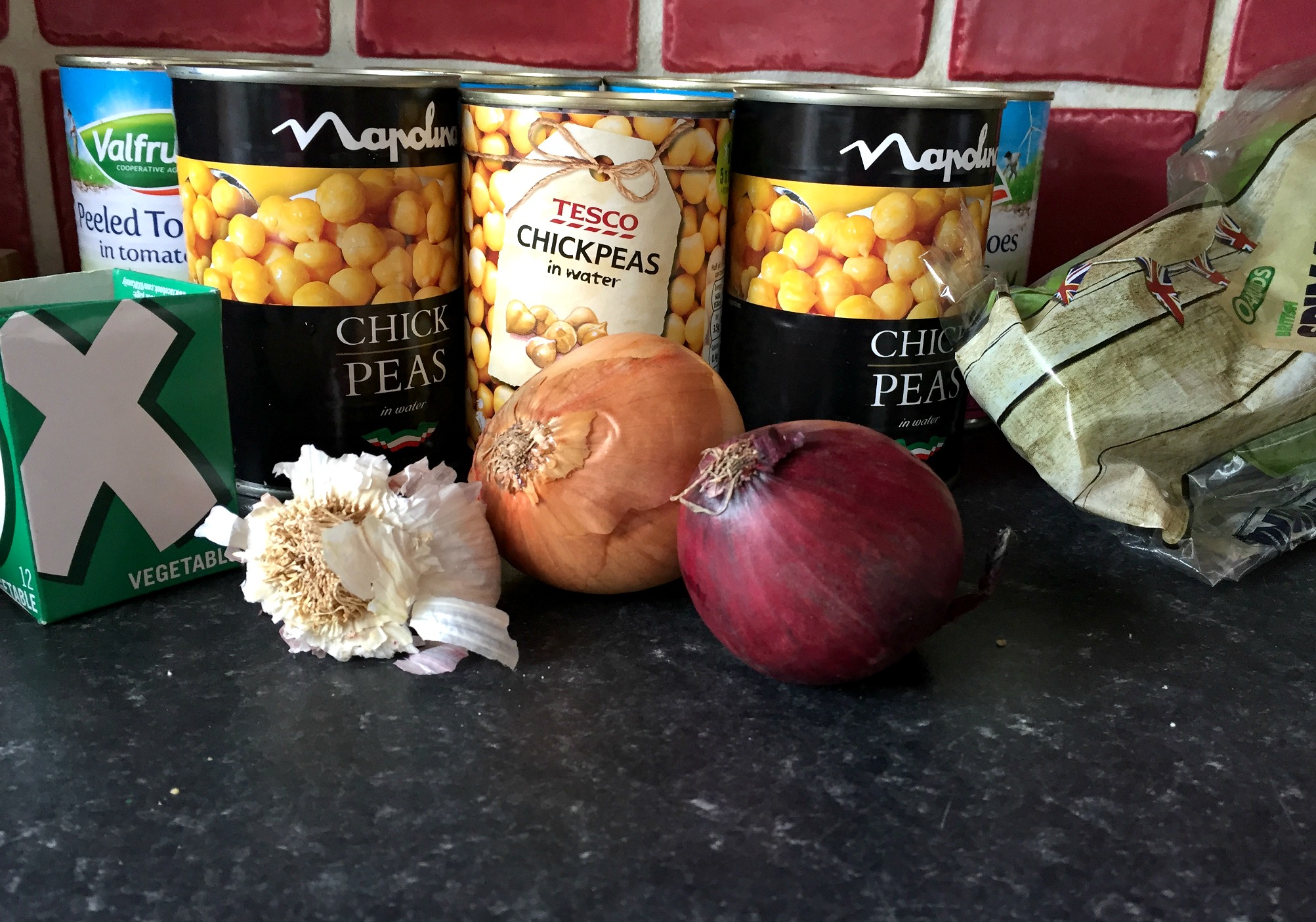 I made up a big batch of this yesterday – I used four tins of tomatoes, three tins of chickpeas, half a bag of spinach and two onions (I would have ideally added another one but I didn’t have any more in the house) – and it made enough soup to feed our family of five for three meals. That’s amazing considering the total cost of the ingredients was less than £6 and all of it was stuff I had hanging around the house anyway.

The other thing I like about this recipe is that you can add in any other veg that is past its best. After stage 1 of the recipe below, I chucked in two carrots (peeled and sliced) that were looking rather sorry for themselves, and a few cherry tomatoes that were left in the bottom of the fridge.

Here’s how to make it. 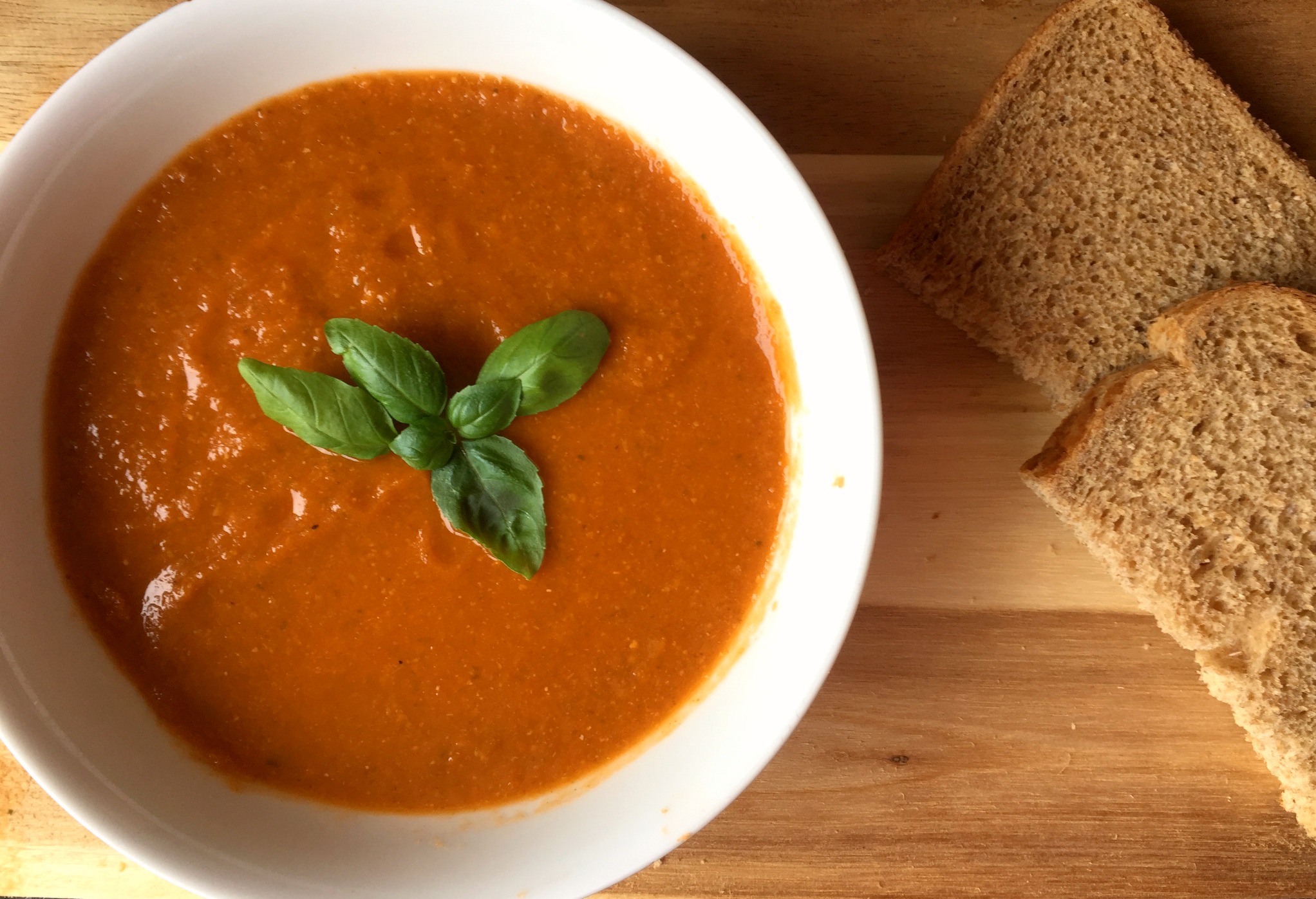 A good handful of fresh spinach

For a creamier soup, stir in 2-3 heaped tablespoons of crème fraiche or soft cheese just before serving.

You can add in any other veg after step one (for example, a couple of carrots or a courgette), frying lightly for 5-10 minutes until softened.

You can see all my recipe posts here, or follow my Cardiff Mummy Says This Week We’re Eating board on Pinterest.