I’m sat at home writing this while Cardiff Daddy has taken all three of our children out for the morning. I’m in the middle of doing some other much more important work, but this is on my mind and if I don’t get it written down, it’ll keep bubbling away.

However, if my children were at nursery, as my eldest two used to be for a day a week, I’d feel guilty they were there when being self-employed means I could do my work in the evenings and spend my days with them.

I always seem to feel guilty about something these days.

In fact, for the last almost six years since my eldest child was born, I seem to feel guilty about some aspect of mothering or other.

I feel guilty that because I’ve scaled back my work to spend as much time as I can with them, they don’t get the same luxuries as their friends do. I feel guilty when they ask when they’re going to go on an aeroplane. Or when it’ll be their turn to go to Legoland, for example.

I feel guilty towards the people paying me that when I’m working for them, part of me would rather be playing with my children.

And then there are days when I think I’d much rather be at work because my children are playing up – and I feel guilty for thinking that too.

Last week I felt guilty because the house was such a tip because I’d taken my two boys to the park after dropping their big sister to school. A couple of days before that, I’d felt guilty for letting my two youngest watch TV for half the morning while I tried to tackle the house work.

I feel guilty that we had frozen pizza for tea twice last week because I didn’t have the energy or time to cook.

I feel guilty when I shout at my children, even though they’ve ignored me asking them to do something a million times.

I feel guilty that because I had three children so close together, they get such little one-to-one time with me.

Am I messing them up, I wonder.

I feel guilty if they ask why I’m staying at home to work while they all go out. I feel guilty when they want me to come too.

I feel guilty that some days I am willing Cardiff Daddy to come home from work so I can have just two minutes of absolute silence on my own where no one needs anything from me.

But then I hear them upstairs playing and laughing uncontrollable and I feel guilty I’m not there.

There’s always something I feel guilty about.

I know I’m not alone, because my friends use that word a lot too. 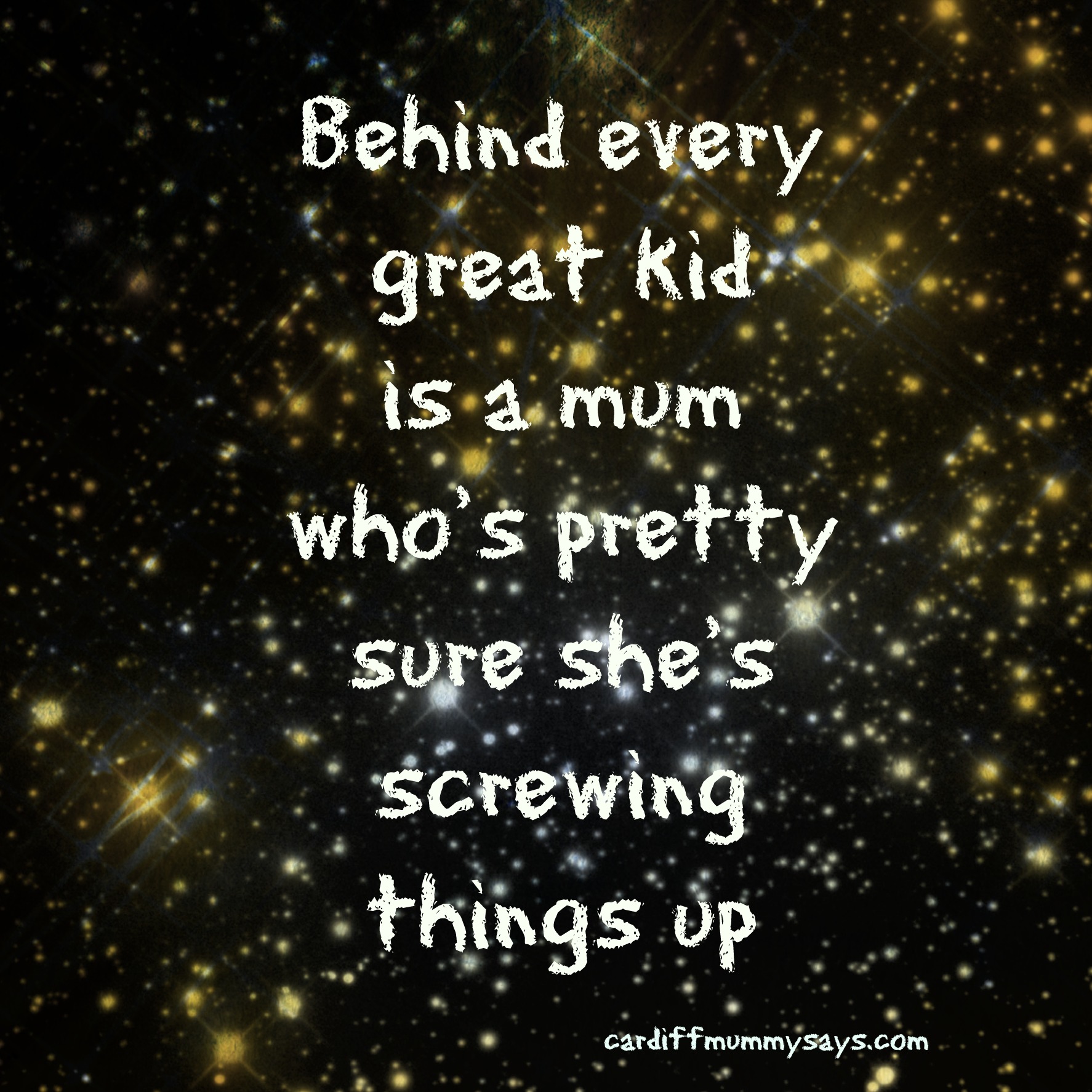 One mum I know feels guilty that her child is in full-time nursery because they need both salaries to survive.

Another feels guilty because her child goes to nursery a day a week even though she doesn’t work.

One mummy friend feels guilty because she loves her career and continues working more than she probably needs to, while her children are with the childminder.

Another tells me she feels guilty she puts her children in front of the TV more than she should because she’s knackered from early morning wakings, and can’t bear their fighting and whining.

I’ve yet to meet a mum who doesn’t feel guilty about something. Or everything.

Do dads feel guilty too? It’s a genuine question. I never hear them talking about it in the same way that mums do. But then most men don’t show their feelings in the same way as women do anyway.

What are we supposed to do about this mummy guilt? I googled it and there are thousands upon thousands of pages on the internet devoted to mummy guilt. There are even books about how to manage it.

I have days when I feel guilty about feeling guilty because I know I’m an over-emotional person who overthinks things, rather than shaking it all off.

If I didn’t feel guilty, would it mean I had come to a natural acceptance that that’s just how things are?

Or would it mean I’d stopped caring and stopped seeking out the best for my family?

I love that famous quote: Behind every great kid is a mum who’s pretty sure she’s screwing things up.

But am I actually guilty if screwing them up?

I like to think I feel guilty because I care and because I’m always striving for the best for us.

What do you think? Are you plagued by mummy guilt? Or daddy guilt? Or do you refuse to feel guilty about circumstances you can’t change? I’d love to hear your thoughts either in the comments section below, on the Cardiff Mummy Says Facebook page, or you can tweet me @cardiffmummy

Homepage » Family life » Anyone else plagued by mummy guilt?

16 Comments to Anyone else plagued by mummy guilt?