You can catch up with last week’s post here.

The good news is I managed a whole week without chocolate/cake/biscuits and so on.

The bad (or maybe good, depending which way you view things) news is that I consumed far too much wine on Friday night with a group of my girlfriends, guzzled white bread toast when I got home, and hid in the kitchen eating salt and vinegar crisps for breakfast the following morning. I’m not really a big drinker these days; I have the odd glass of wine at home or when I go out, and this was the most I’d drunk in several months. As I mentioned, it had been a challenging week and it felt so good to really let my hair down so I’m not going to beat myself up about it.

Alcohol always affects my food choices. Alongside the 8am crisps, I made sure I had a green smoothie and I cooked up a huge pan of my roasted red pepper and tomato soup. I’ve frozen loads of individual portions, so it should keep me going for a while. But as I was feeling so rough on Saturday, I accompanied the soup with white bread and lashings of butter. I know white bread is not the best choice for me – it triggers my IBS for a start – so I’ve stocked up on oat cakes and plain rice cakes to eat with the soup instead. 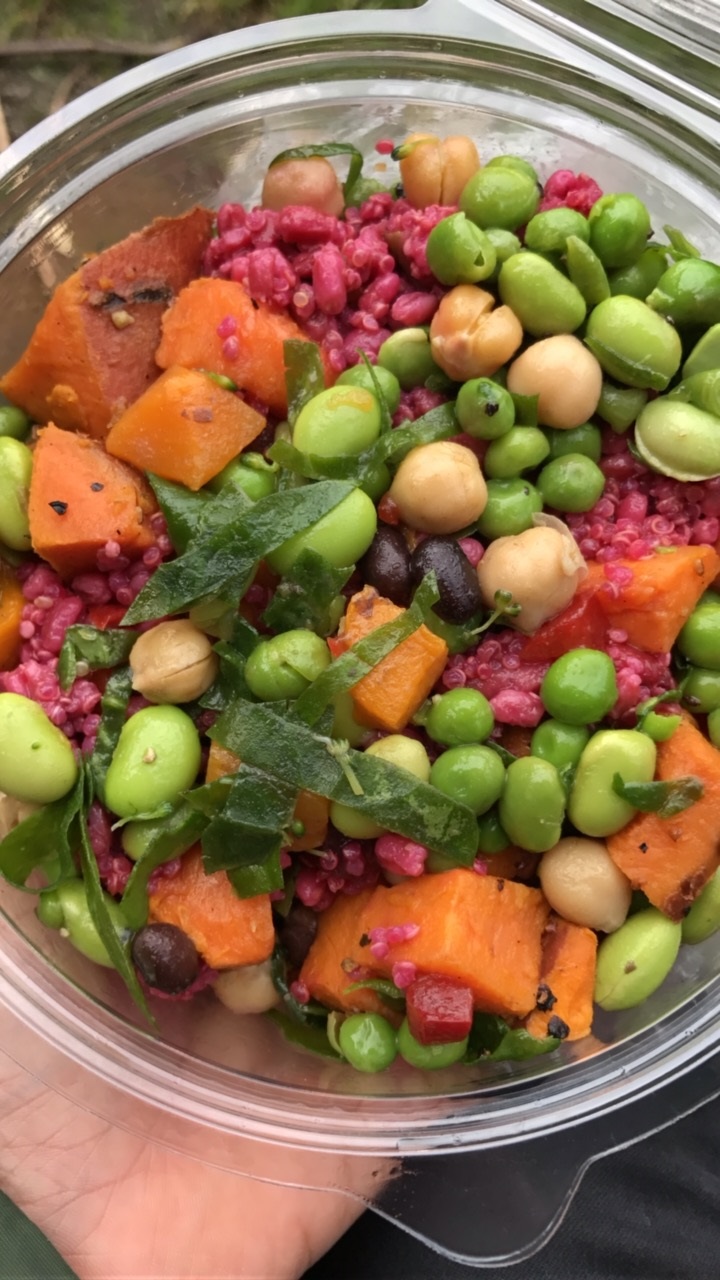 But the night I crashed my car into a traffic island, I had a huge pizza.

The upside of being without a car for a few days was that I walked everywhere. I do generally walk a lot, but school is a mile away and Toddler’s cylch meithrin (Welsh playgroup) a further mile away, and I’m either going to work on some days or taking toddler to the park or gymnastics or whatever, so we drive more often than I’d ideally like. This week, however, I walked 16 miles in two days on journeys where I would have usually driven. We also spent Sunday exploring the waterfalls in the Brecon Beacons (more on that later in the week) and must have covered around four miles, including going down and then up 170 steep steps. Admittedly a lot of it was at toddler pace, but it’s better than being sat on the sofa all day.

My home yoga practice has not been as good as I would have liked. I only managed one session, plus the regular class I teach, but I’m hoping this week will be less chaotic so I can fit more in.

Weight lost – 1.5lb. An okay start. Could have been better, but that pizza and wine was worth it!