I met a family today who had come to the Barry Island 10K to help present the medals in the children’s race. Their six year old son wasn’t with them today, they told me, because he was at Tŷ Hafan, on an oxygen machine. I didn’t get the chance to ask any more about his condition… but as Tŷ Hafan is the children’s hospice for Wales and supports and cares for children with life-limiting conditions, I can only imagine what a difficult time they are going through.

Every time I struggled running in today’s extreme heat and over Barry’s hills, it was thinking of the children and families at Tŷ Hafan, and the incredible nurses and other staff, who support them that kept me going. 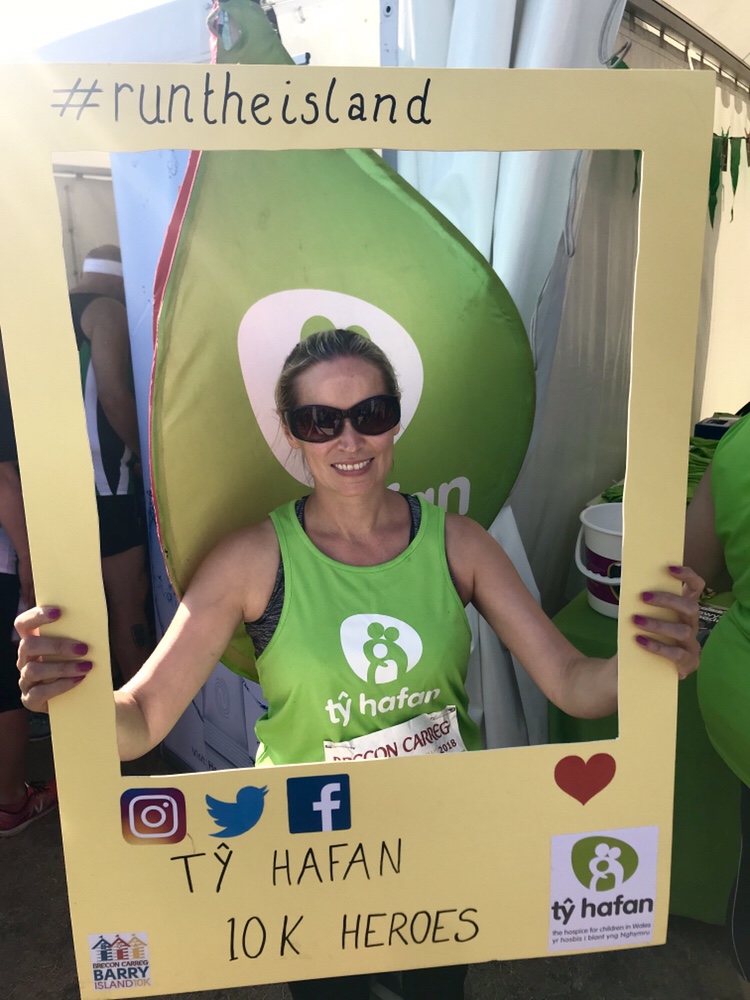 As a family we are aiming to raise £1,000 for Tŷ Hafan this year by taking part in a series of running events. And meeting families like this is exactly why.

The children Tŷ Hafan supports are not expected to live beyond the age of 18. I cannot imagine how utterly devastating this is. But I want to do what I can to help and feel very grateful and privileged to be able to do this through Cardiff Mummy.

Tŷ Hafan offers comfort, care and support to the children and their families in the hospice, in the community and in their home so they can make the most of the time they have left together. 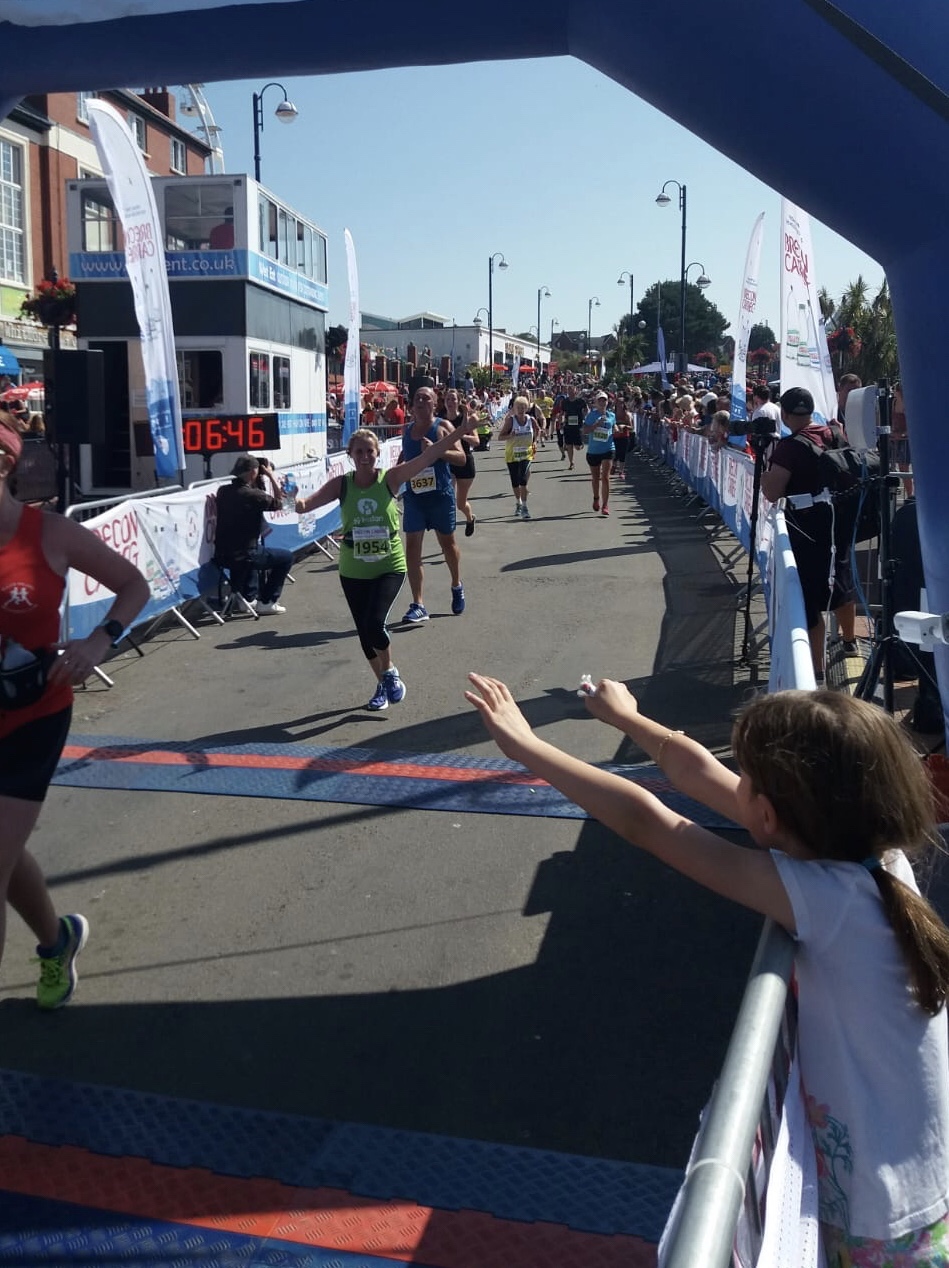 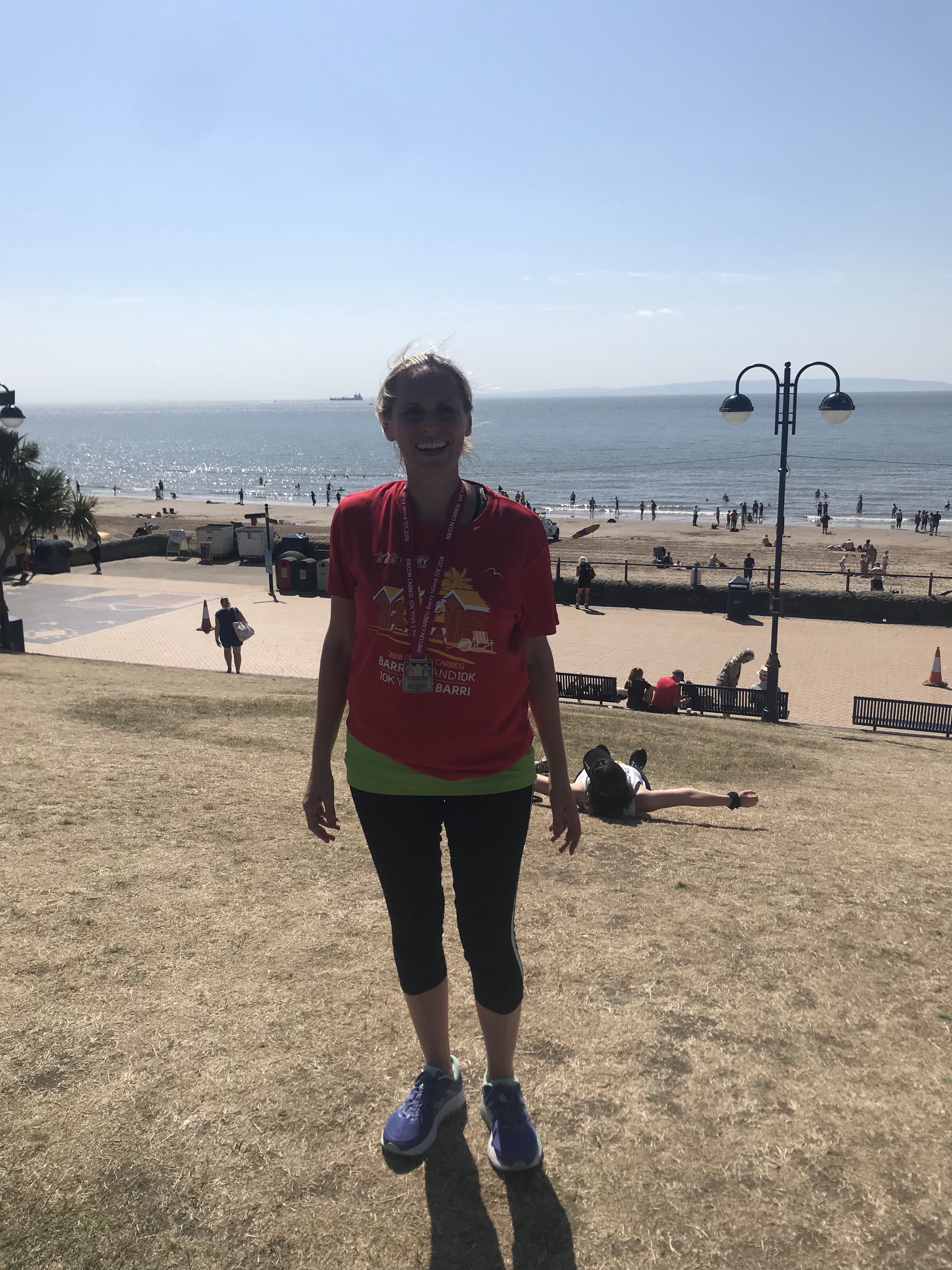 Tŷ Hafan allows parents and carers to relax and recharge their batteries. And they make sure the needs of brothers and sisters are never forgotten.

Tŷ Hafan needs to raise £4 million every year so that it can provide its services to families in Wales for free.

Which is why events such as this one – organised by Run 4 Wales, sponsored by Brecon Carreg and with Tŷ Hafan the lead charity – are so important not just in raising much-needed funds but also in raising awareness of the incredible work the charity does. 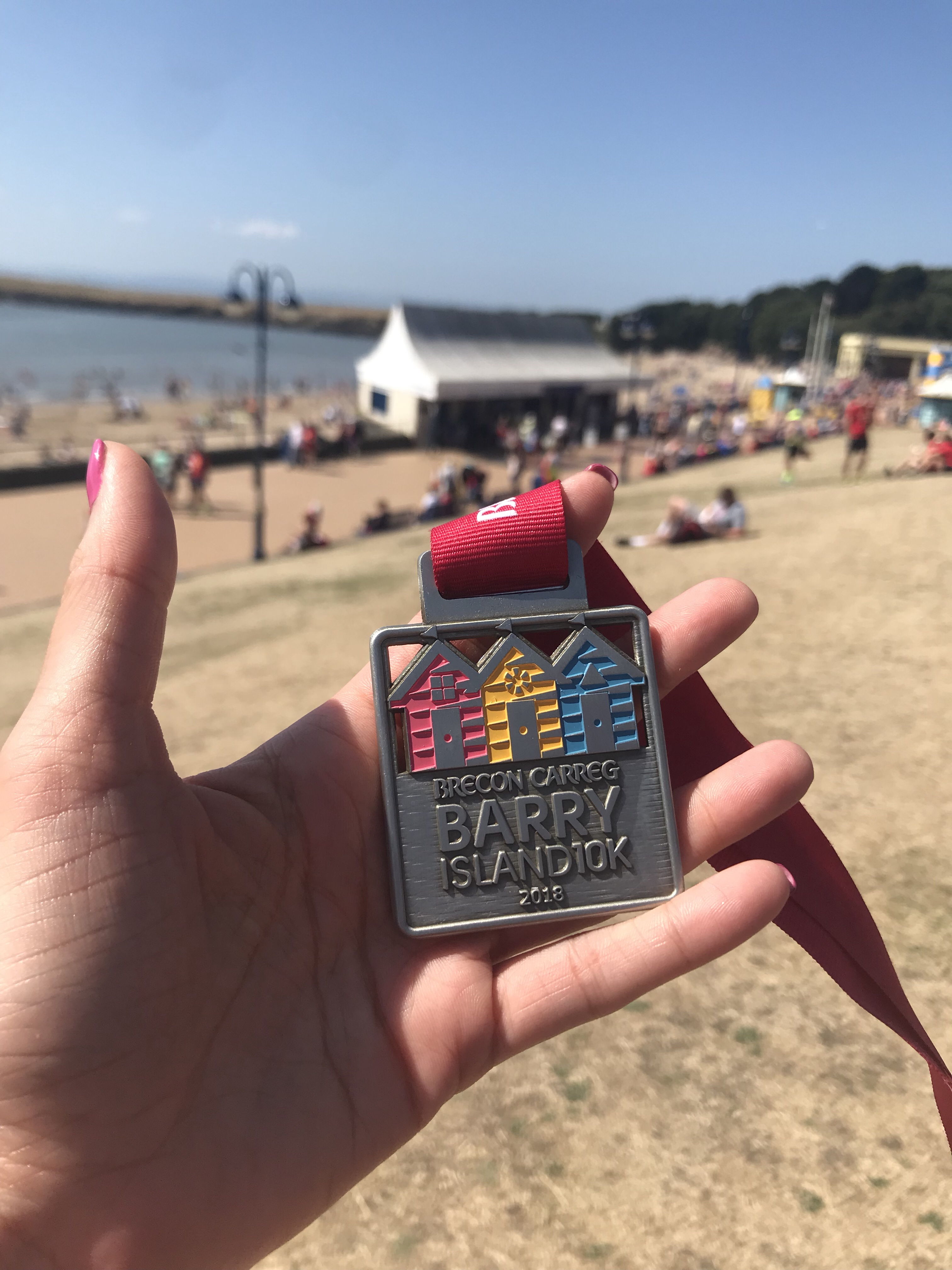 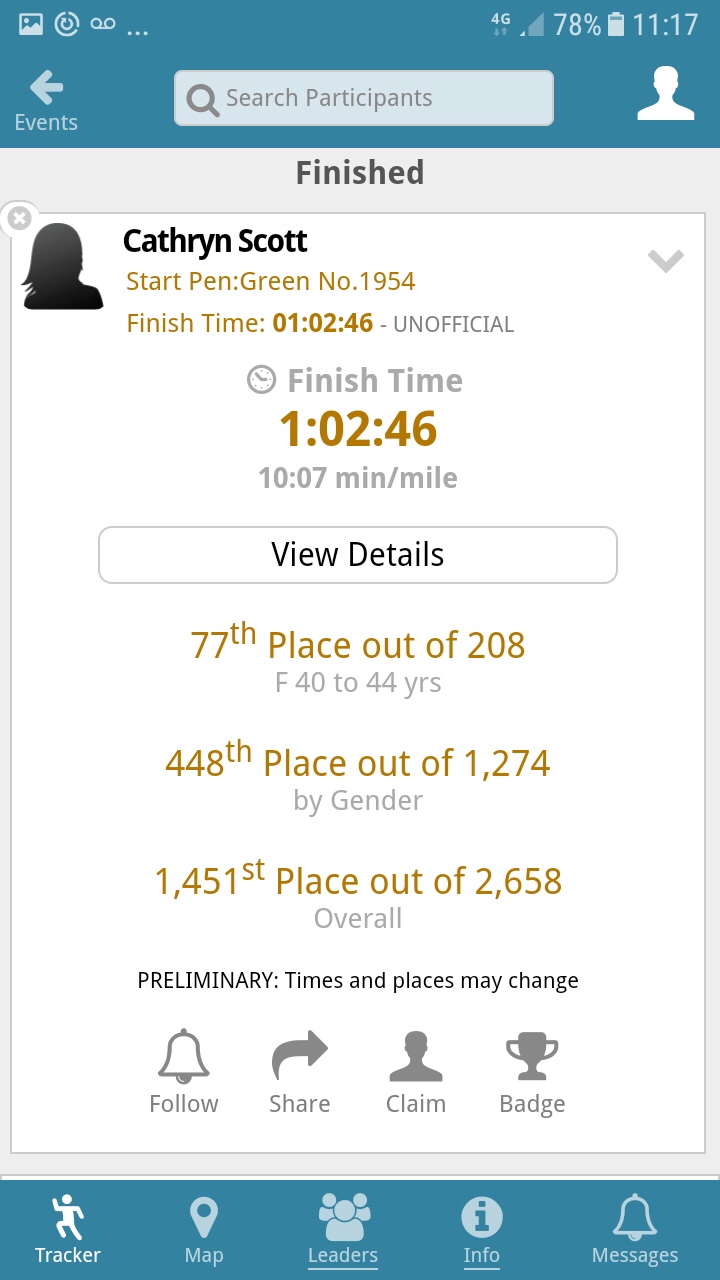 My official time was 1 hour, 2 minutes and 46 seconds. I’d been hoping to come in at under an hour, which is what I can usually run 10k in. I did the first 5K in 29.36 so I had been on track, but the heat and the hills got the better of me. I’d been feeling a little disappointed with my time but then my husband told me that while I was running, he saw a friend who finished in the men’s top 10 in around 35 minutes. His time was around 75 seconds slower than usual and that made me feel a lot better because if the elites were affected by the heat, then naturally so would the rest of us.

I only started running again at Christmas time after at least 10 years of not running, during which time I had three children in, so actually, I think it’s an achievement to be proud of. Every one of the runners there today deserved their medal and so much respect. 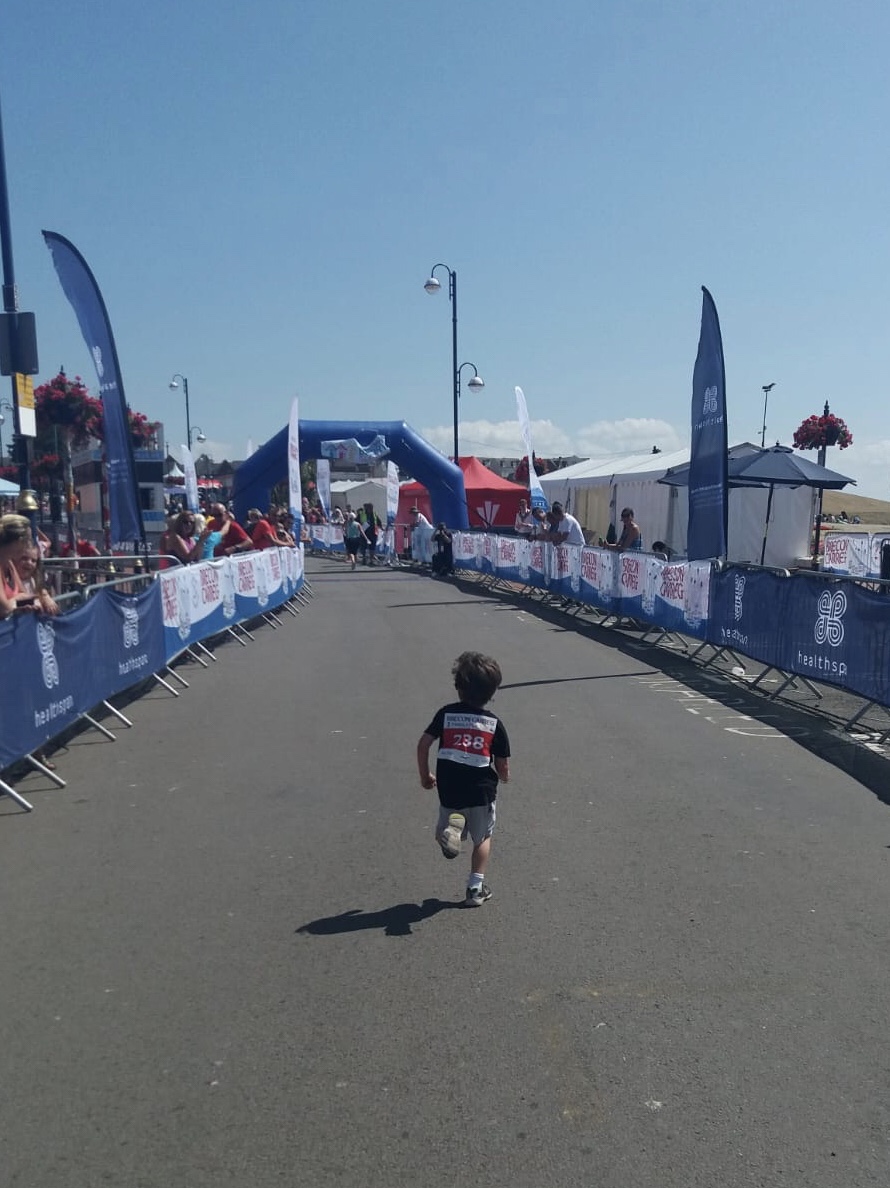 Likewise all the children who aced the family 2k run. My six year old son left us all for dust and finished with all the running club kids. My eight year old daughter found the heat a bit much and at one point I wasn’t sure if she’d finish it. But she got a sudden burst of energy and sped off towards the end, leaving me and my tired feet trailing behind. Even my four year old ran the entire distance with Cardiff Daddy to keep him company. 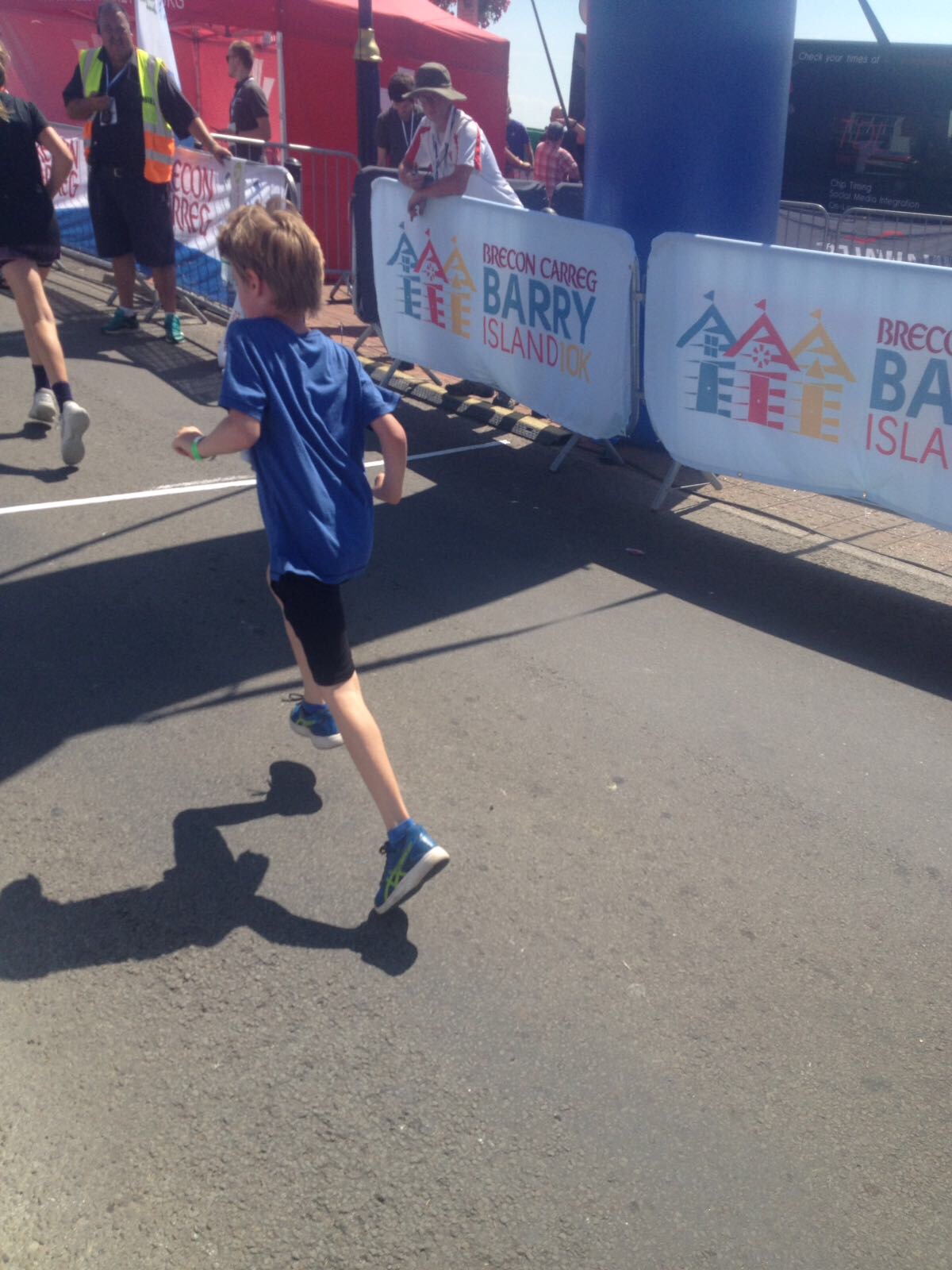 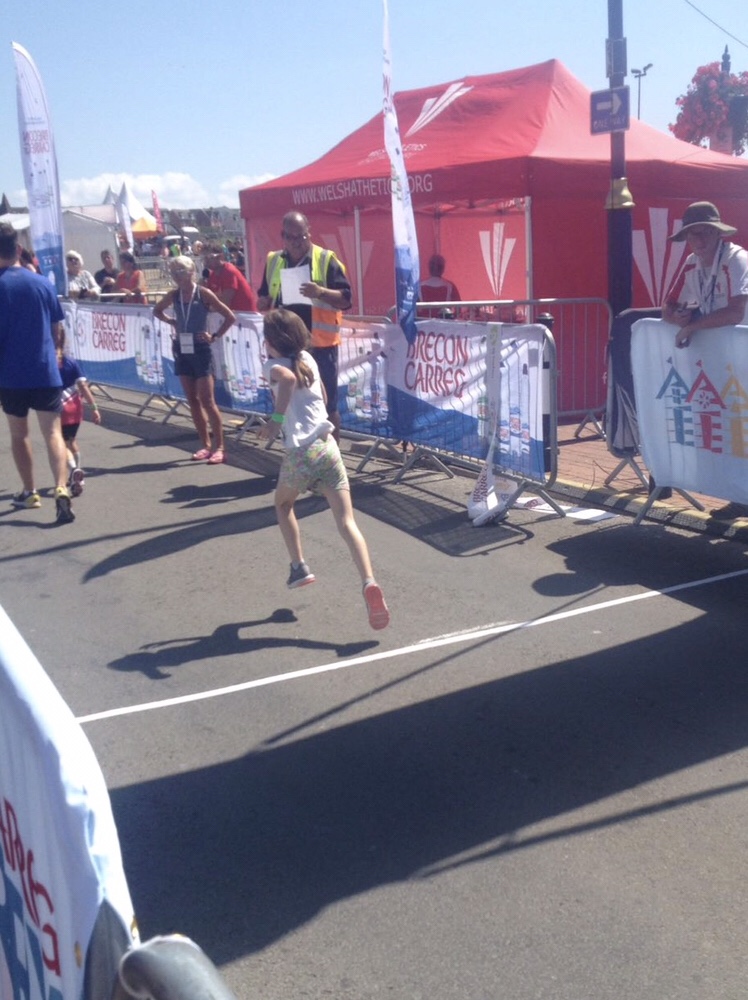 We were thrilled to meet Olympic athlete Iwan Thomas who started off the race and presented the winners’ medals, and was more than happy to pose for photos. 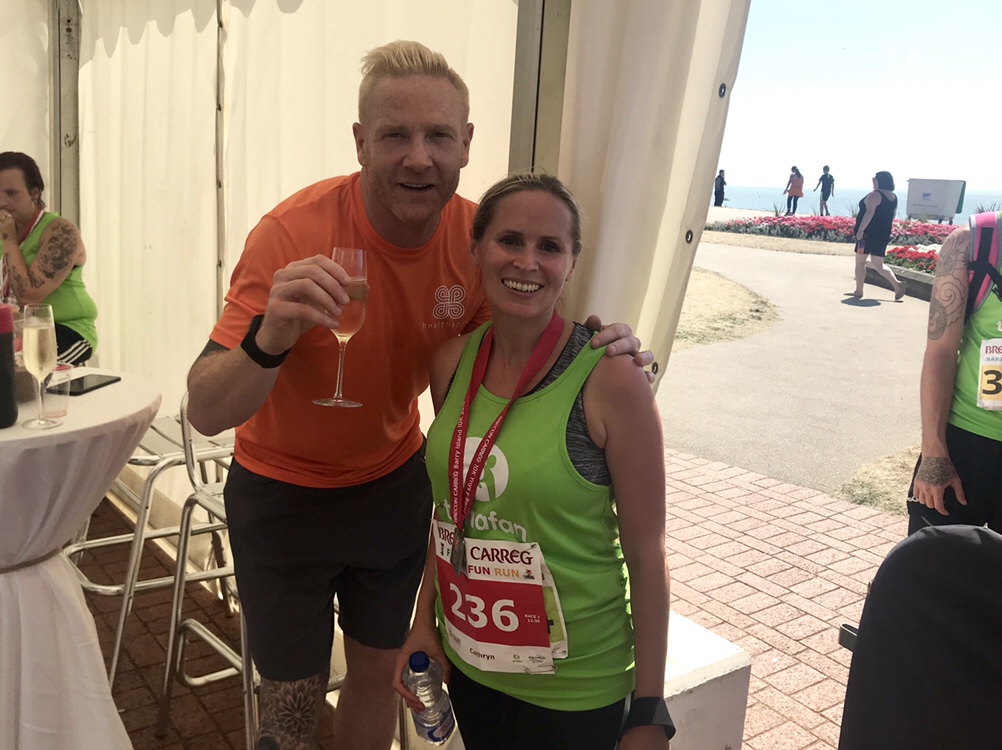 This is the inaugural Barry Island 10K and it was such a well-organised, fun event in a beautiful location. I really hope it becomes a regular fixture in the running calendar as it felt very special to be a part of it. I grew up in Barry and running through some of my favourite childhood spots such as Romilly Park, the Knap and of course Barry Island, felt really special. The route went right past my 91 year old grandfather’s house where he was watching with my parents. Seeing his beaming face spurred me on so much. 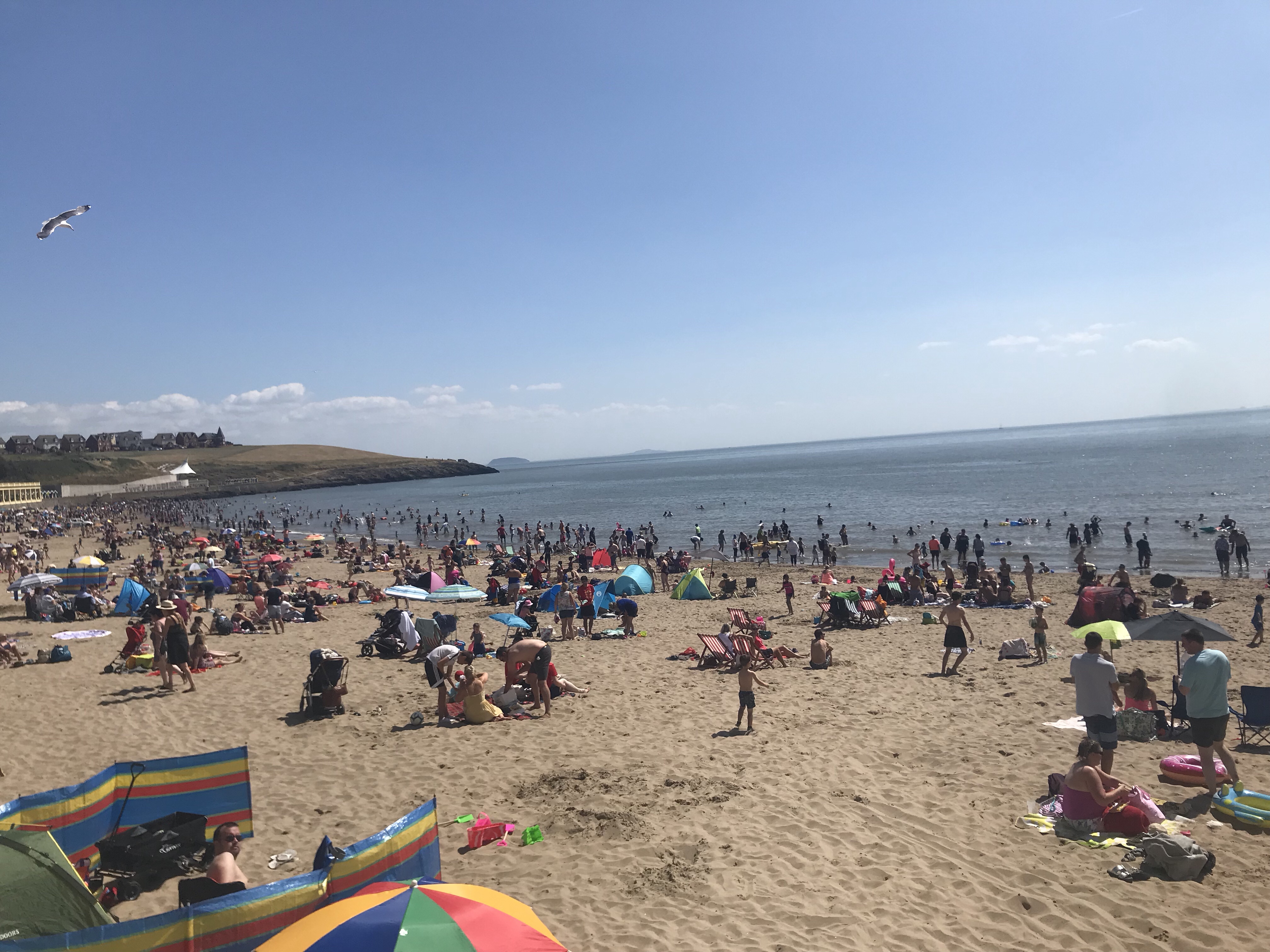 We’re more than half way towards our £1,000 target with two months to go until I take on the Cardiff Half Marathon, my very first half, and my children do the family run. Thank you so much to everyone who has already sponsored us. Your support means so much.

All donations appreciated – you can sponsor us here.

Homepage » Running » It was hot and hilly, but I ran the Barry Island 10k for Tŷ Hafan