Thanks to the Welsh Rugby Union and Principality Stadium for inviting us to meet Santa and providing the prize in exchange for this review
With three rugby-loving children, what better place to meet Santa than the home of Welsh rugby itself – Cardiff’s Principality Stadium?
We were excited to be invited along to meet the man in red on his first day at the stadium on Saturday. And I’m thrilled to be offering the same chance to one lucky Cardiff Mummy Says reader with a fantastic prize of a family ticket (two adults plus two children) to meet Father Christmas on a date of your choice.

Santa at the Principality Stadium Cardiff 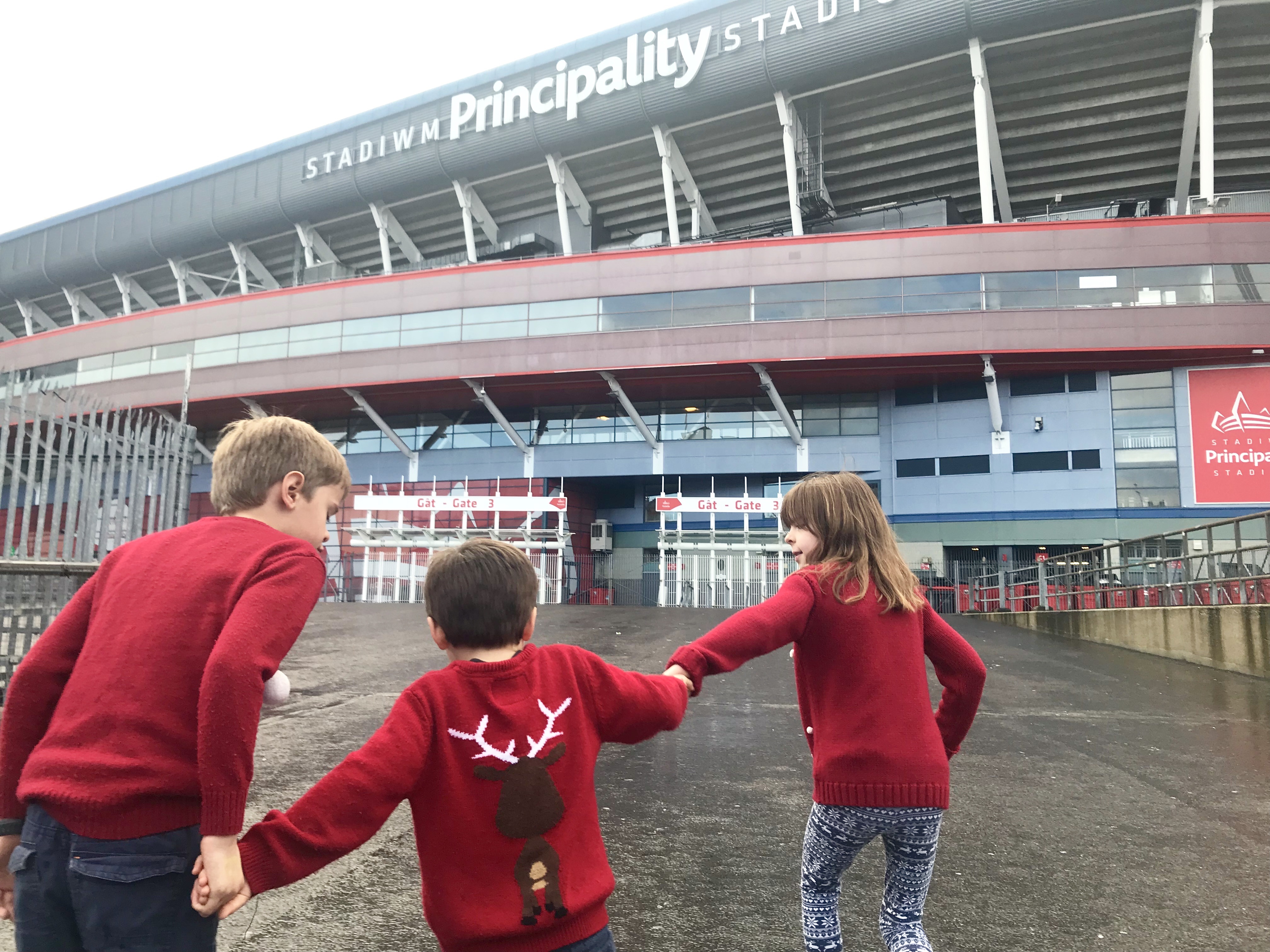 Our experience began in a special room at the back of the WRU shop where Father Christmas’s helper, the bubbly Cath, told us we were needed for a very special mission. Santa’s sleigh was grounded at the stadium because the cheeky elves had hidden all the carrots, meaning the reindeer had no power to take off. Our mission was to decipher a series of clues laid down by elves to find the carrots, and then Santa.
The clues were easy enough for the children to understand but difficult enough that they had fun trying to locate the carrots. Our hunt began at the entrance to the International Players’ Lounge, the door used on match days by some of the biggest names in world rugby when they take on Wales. From there we explored the corridors lined with photos of Welsh players; the press conference room that is such a familiar sight on TV; and the room where Wales line up before heading out to play. We walked past the players’ tunnel although sadly didn’t get to run down it ourselves. 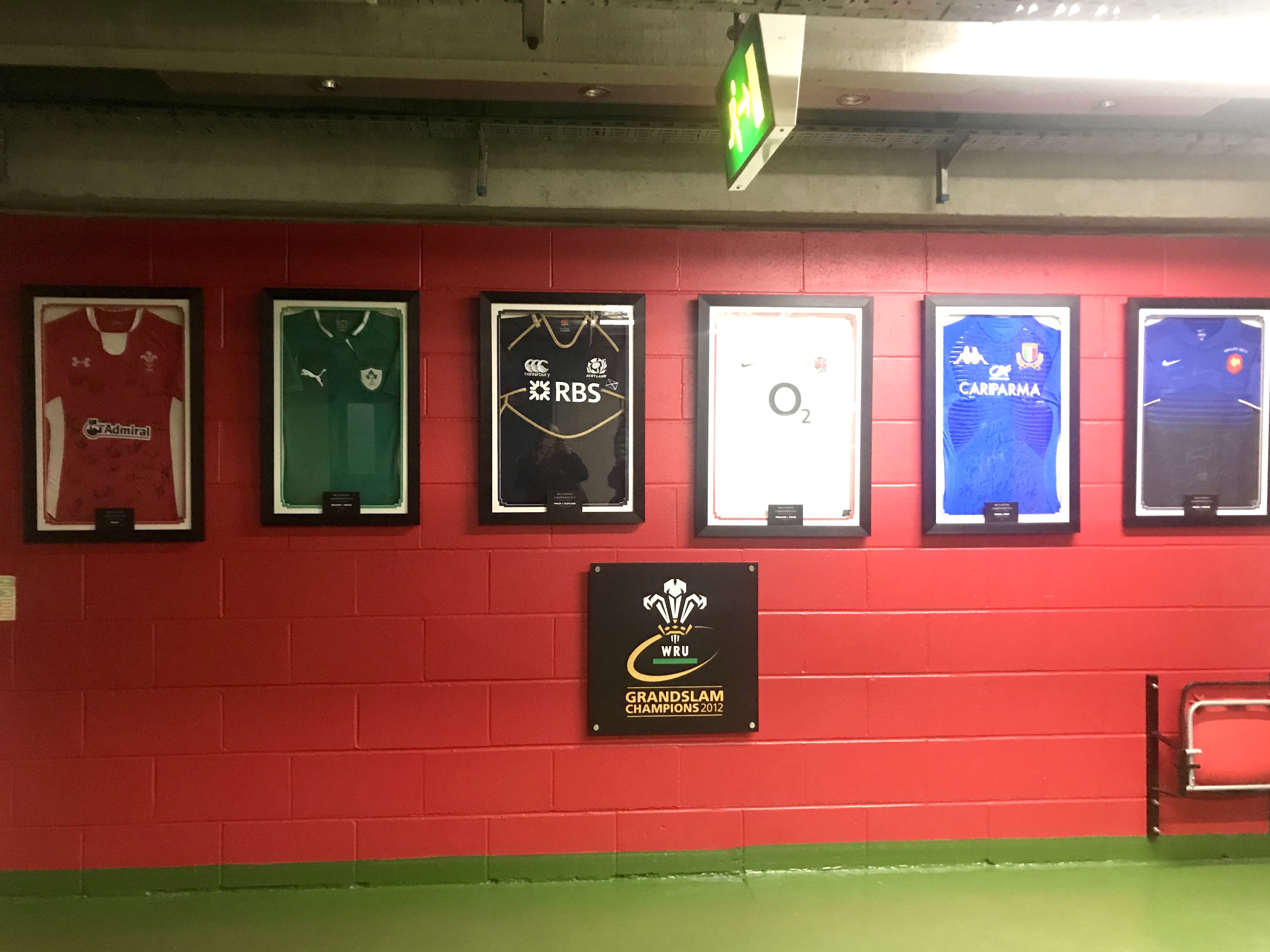 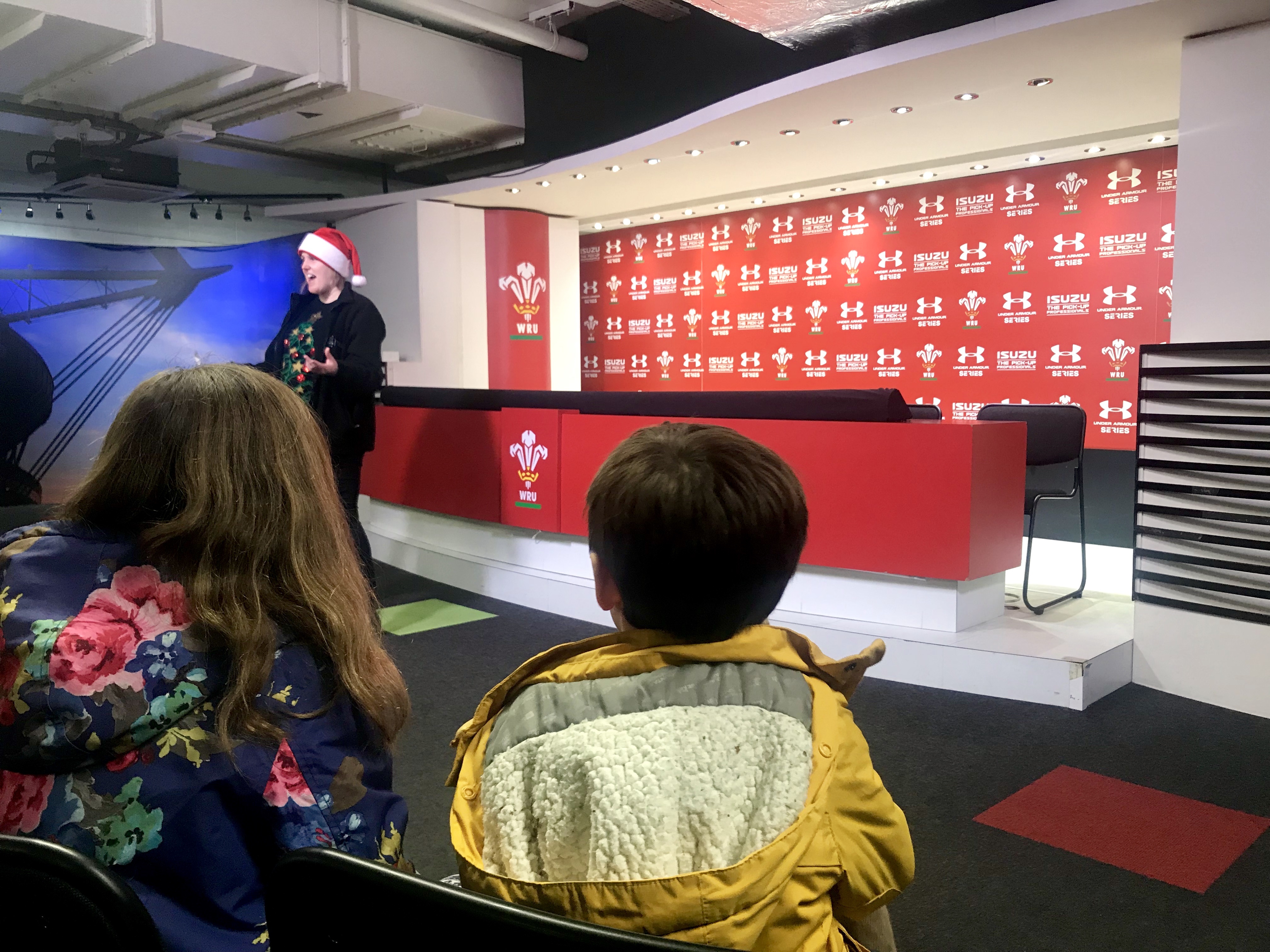 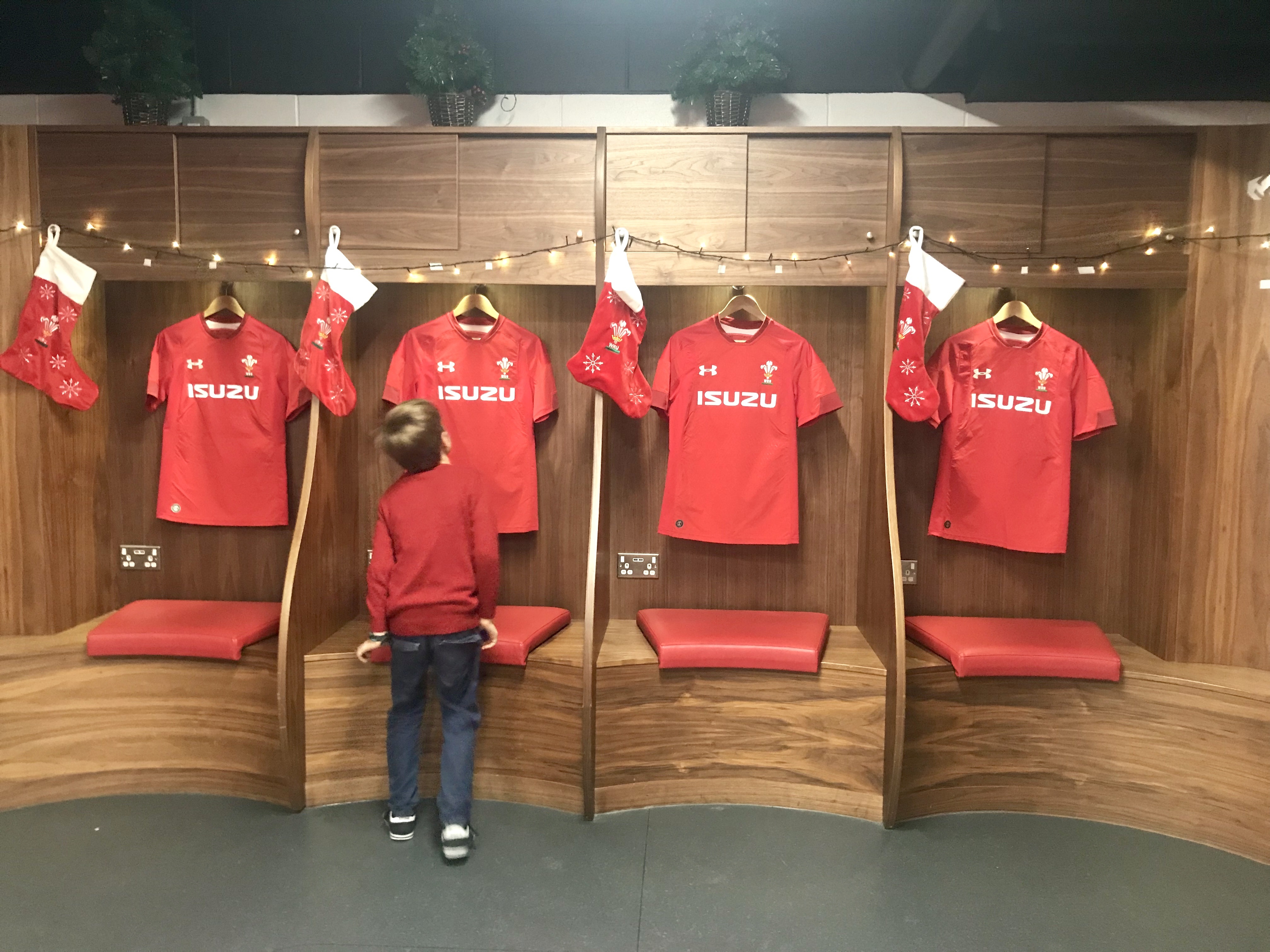 Our last clue took us to Santa in his festively decorated grotto. Polar bears, penguins, deer and a snowman lined the corridors on the way in and he was sat in front of a decorated tree, a rocking horse and other toys. His costume was beautifully luxurious with black boots and white gloves, although the beard wasn’t real. 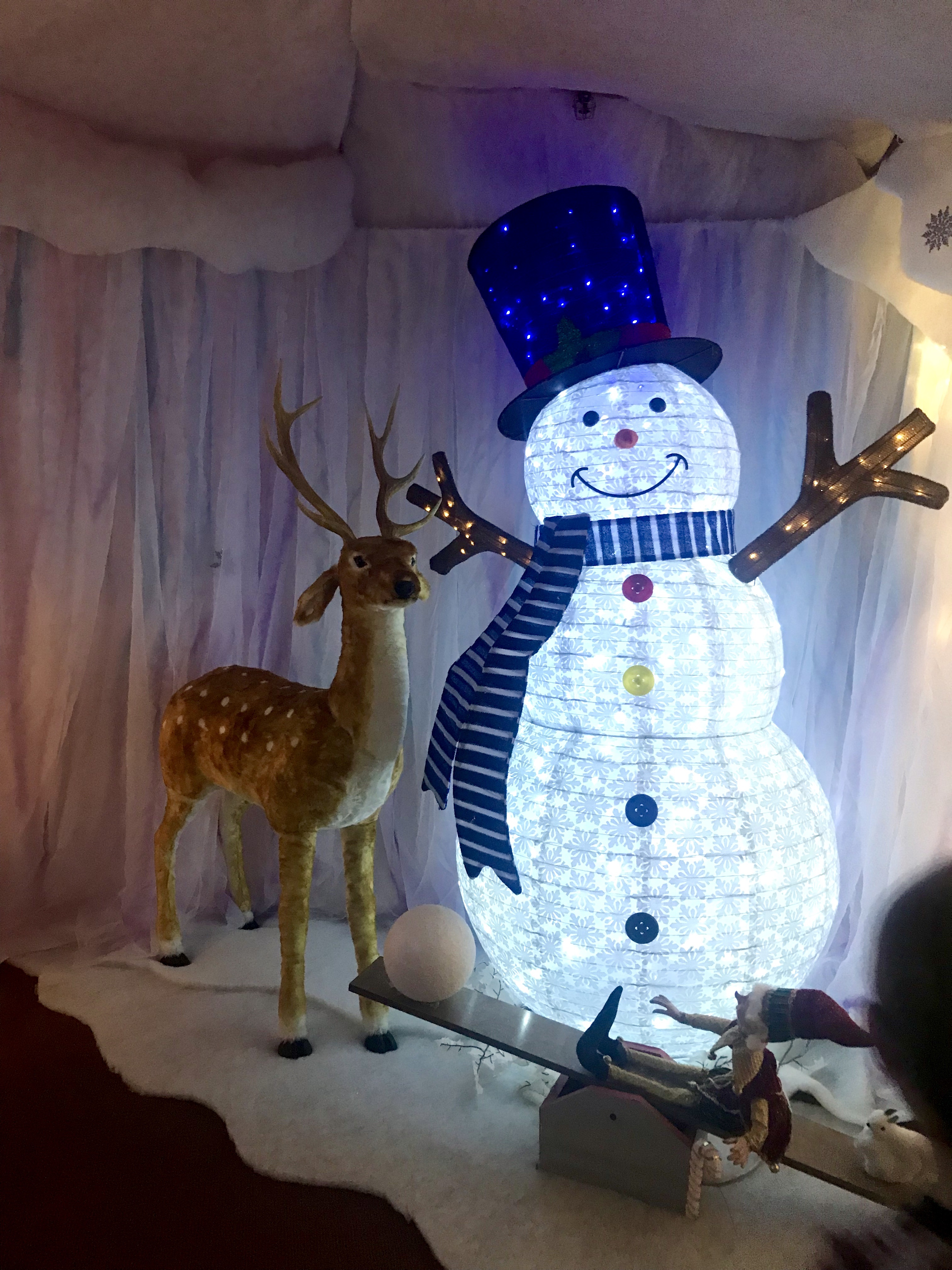 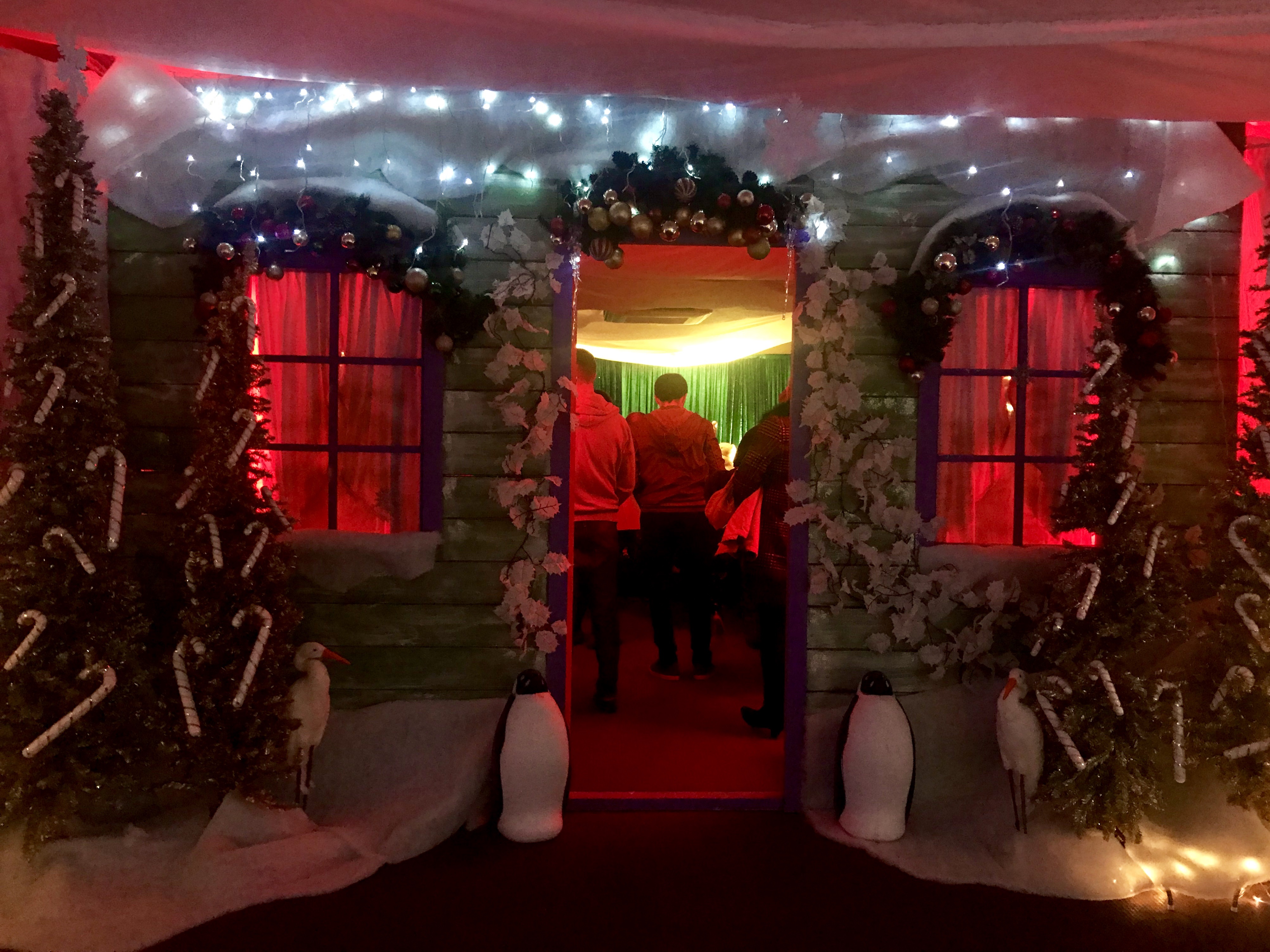 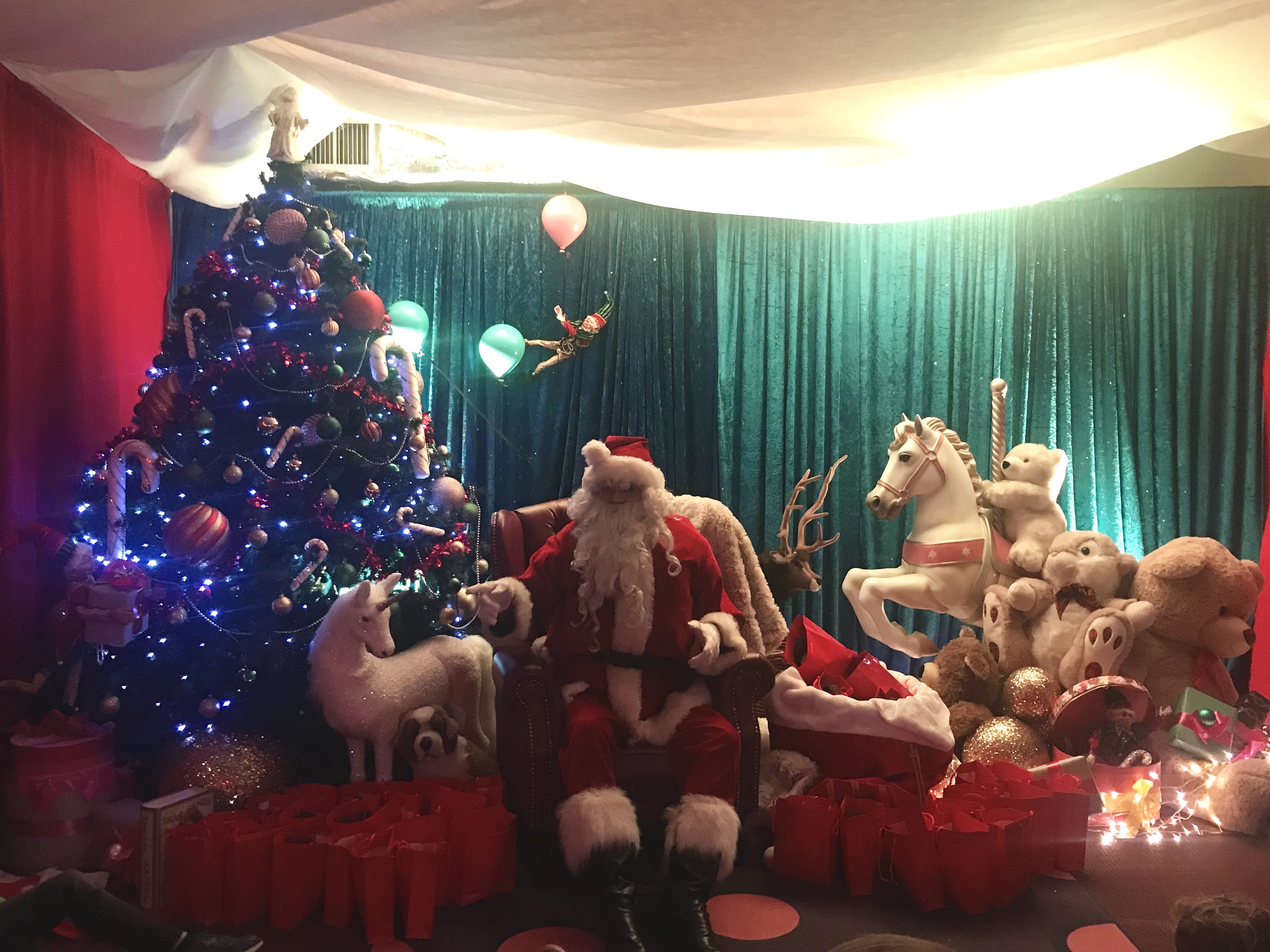 All of the children sat on the floor while Santa asked them if they’d put up their trees, where they wanted their presents to be left, and what they would leave out for him to eat during his present-delivering rounds.
Each family then got to have a photo taken with Santa. There were no official photos (meaning no extra costs) but there was plenty of time to take your own.
The children got to choose a gift – either a miniature rugby ball (which my seven year old son opted for) or a cuddly hedgehog embroidered with the WRU logo (as chosen by my nine year old daughter and four year old son). It’s lovely to have a choice and the gifts are of such good quality. 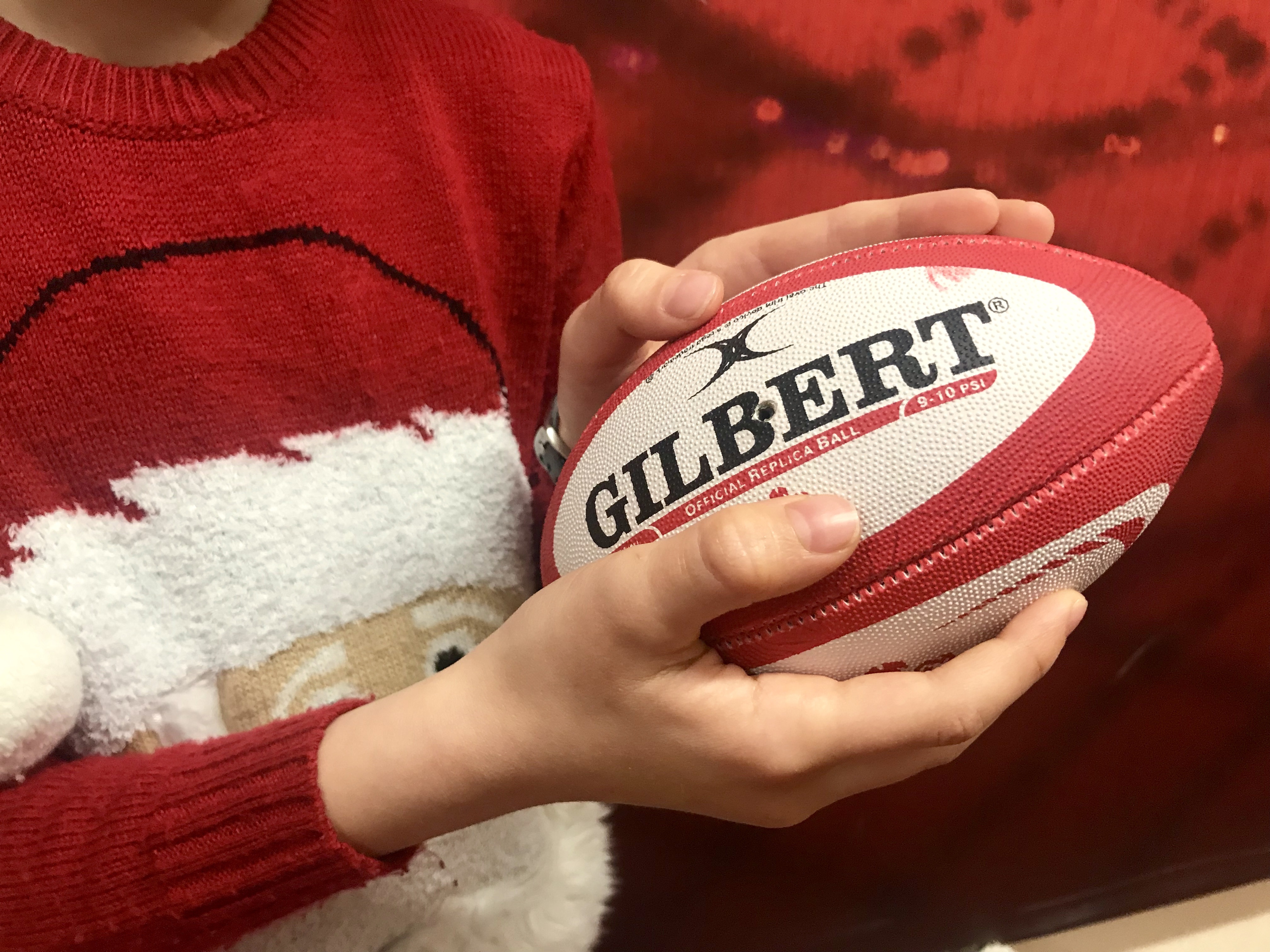 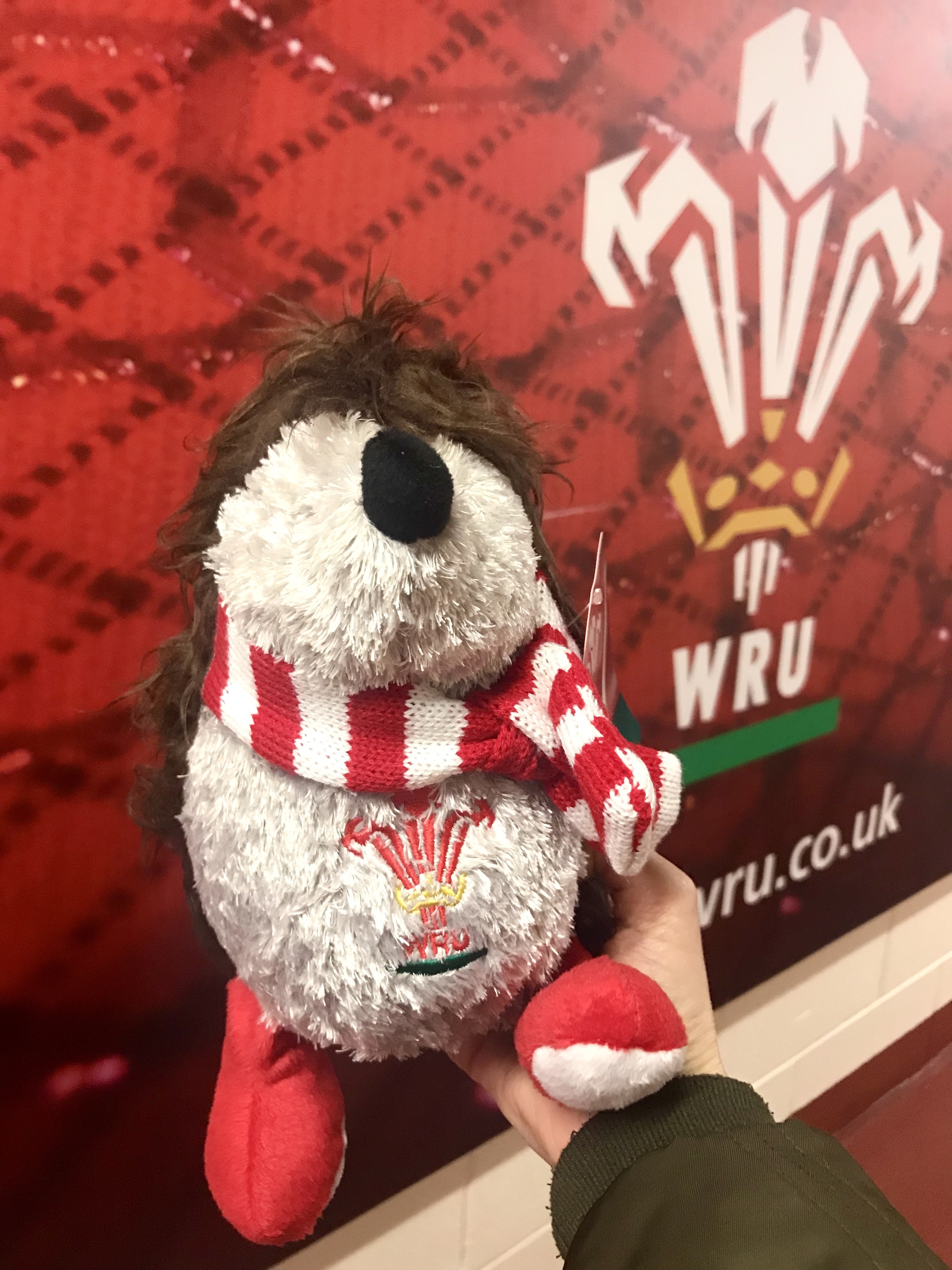 The experience lasted just over half an hour and my children really enjoyed it. The slight downside was that there wasn’t much time to really explore the different ‘backstage’ areas of the stadium. It was also quite a large group of around 40, although there was a rule that anyone who had found a carrot was “on the bench” and had to let the other children find the next ones. The children also got to take it in turns to carry the sack of carrots.
My children, who are 8, 6 and 4, are a great age for this kind of interactive experience and had a great time. They were completely engaged throughout with what was going on and immediately got involved with the carrot hunt. The chance to meet Santa in such a landmark venue and to explore areas the public don’t usually see was perfect for them.
Meet Santa at the Principality Stadium. Tickets cost £12 for children aged 16 and under including a gift, £6.50 for adults, £6 for over 60s, and £34 for a family of four (two adults and two children). Book online here.

Win a family ticket to meet Santa at the Principality Stadium 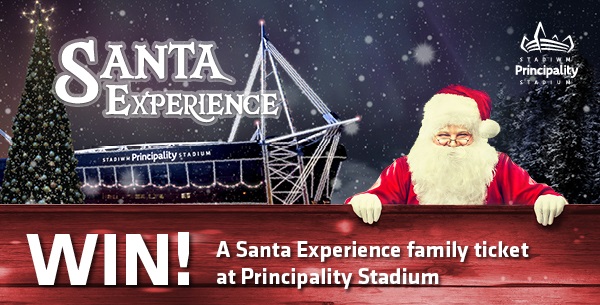 One lucky family will get to meet Father Christmas thanks to this amazing giveaway from the Welsh Rugby Union and Principality Stadium.
The prize includes a ticket for four to any Meet Santa tour, subject to availability.
For a chance to win, write the answer to the following question on the Cardiff Mummy Says Facebook page. Deadline for entries is Wednesday December 5 at 11.59pm.

Q. What had the cheeky elves hidden around the
behind-the-scenes areas of the Principality Stadium
when we went to meet Father Christmas?