Thanks to the New Theatre for providing this fantastic prize

Cardiff’s New Theatre will open Wales’ biggest pantomime in just over a week’s time with Beauty and the Beast running from Saturday 8 December to Sunday 13 January.

Read on to discover more about the show and for a chance to win a family ticket for a performance of your choice between Tuesday 8 and Friday 11 January 2019.

Beauty and the Beast is a gorgeous traditional pantomime, packed full of laugh-out-loud comedy, audience participation, music, dance and special effects that will enthral people of all ages.

Dreaming of a happier life, the beautiful Belle finds herself transported to a cursed castle and held captive by a hideous beast. To her surprise, the castle is full of magical characters placed under a spell by an evil enchantress. Can Belle see beyond the monster and fall in love with her captor before the last petal falls from the enchanted rose? Or will the Beast’s selfishness cost him the world he once knew and the hand of the girl who has melted his heart? 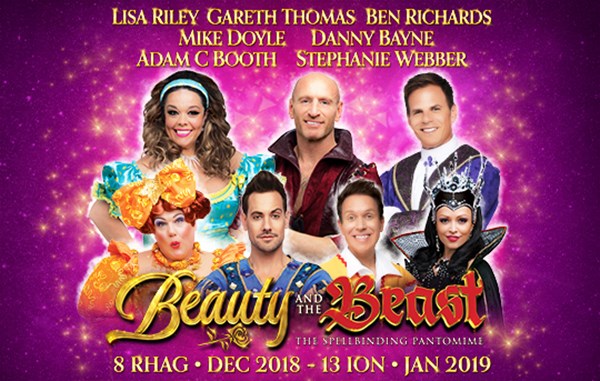 The cast of Beauty and the Beast include actress, presenter, panellist and author Lisa Riley playing Mrs Pots. Lisa is best known for her role as Mandy Dingle in ITV1’s soap Emmerdale and appearing on Strictly Come Dancing. She’s also had roles in Fat Friends, Waterloo Road and Holby City and is a popular panellist on Loose Women.

Gareth ‘Alfie’ Thomas returns to the New Theatre pantomime for a fourth season following his performance as the Wicked Queen’s Henchman last year. He plays a character called… Alfie!

The Bridgend-born rugby player is one of the most iconic and respected figures in the sporting world, having played professional rugby for Wales and is one of the most capped Welsh rugby union players in history. Since retiring he has gone on to forge a career in commentating for Sky Sports, has appeared on reality shows including Celebrity Big Brother and Dancing on Ice and fronted documentaries for the BBC. 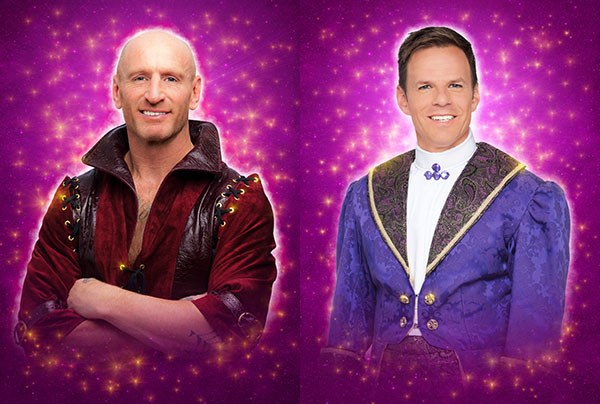 Making his sixth consecutive Cardiff appearance, the city’s best-loved dame Mike Doyle will join them as Betty Blumenthal. The British Comedy Award winner, singer, comedian and cabaret star has become a popular fixture of the annual New Theatre pantomime thanks to his quick wit, outrageous costumes and audience interaction.

Ben Richards plays the Beast, a role he previously played in Beauty and the Beast in Nottingham last year. Ben is a familiar face on TV having starred in Footballers’ Wives Holby City, The Bill, Doctors and Hollyoaks as well as leading roles in theatre productions including Priscilla, Queen of the Desert  Oliver! 9 to 5 and Rock of Ages. Most recently Ben starred as the titular character in The Bodyguard opposite Beverley Knight at the Dominion Theatre, London, which broke Box Office attendance records. Ben will play the Beast in this year’s pantomime. 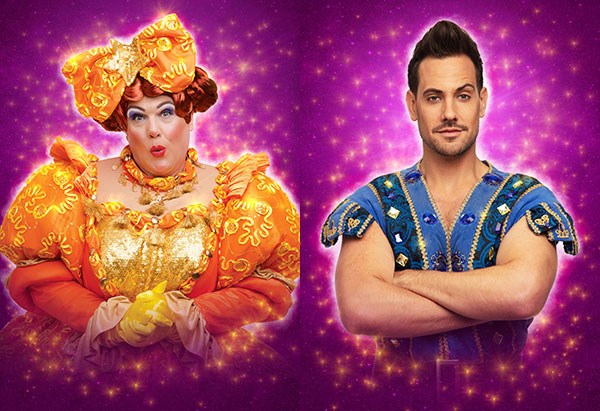 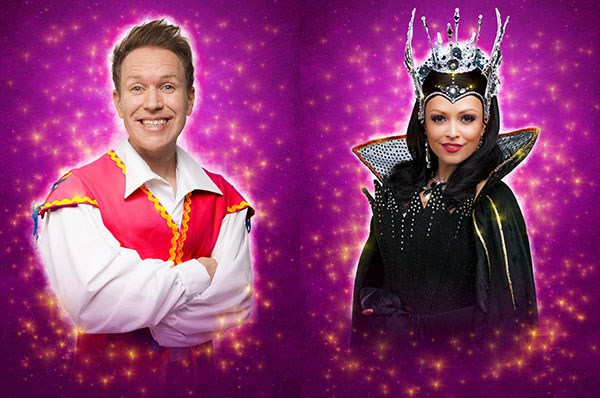 Joining them as the arrogant local hunter vying for Belle’s affections, will be Danny Bayne who rose to fame winning the coveted role of Danny Zuko in the musical Grease at the Piccadilly Theatre from the ITV talent search Grease is the Word.

In her first year as a panto baddie, Stephanie Webber returns to the New Theatre for a third year to star as Deadly Nightshade. Cardiff born Stephanie graduated from the Arden School of Theatre, before going on to appear on television including BBC One talent search The Voice, where she received the fastest reaction from will.i.am upon hearing her spectacular singing voice.  She has since appeared at the New Theatre opposite David Hasselhoff as Mimi the Mermaid in Peter Pan  and the title role of Snow White and the Seven Dwarfs last year.

With over 60,000 theatregoers attending the New Theatre pantomime each year, including last year’s record breaking Snow White and the Seven Dwarfs, people are encouraged to book as early as possible to secure seats.

Q. What is the name of the former Welsh rugby player who stars in the New Theatre Cardiff’s 2018/19 pantomime Beauty and the Beast?