Combining the traditional skills of circus with contemporary theatrics, Cirque Berserk is utterly jaw-droppingly impressive from start to finish. It’s a heart-stopping, visually stunning masterpiece in entertainment – and I cannot recommend it enough.

I watched the opening performance in Cardiff tonight with my two eldest children, Little Miss E, 7, and Little Man O, 5½ – and all three of us were mesmerised for the two-hour show.

We witnessed fire juggling, springboarding acrobats, contortion, foot juggling, foot archery, knife throwing, a slapstick clown with a modern twist, the showstopping Globe of Death, where four motorcyclists race around a sphere at up to 60mph, plus loads more. 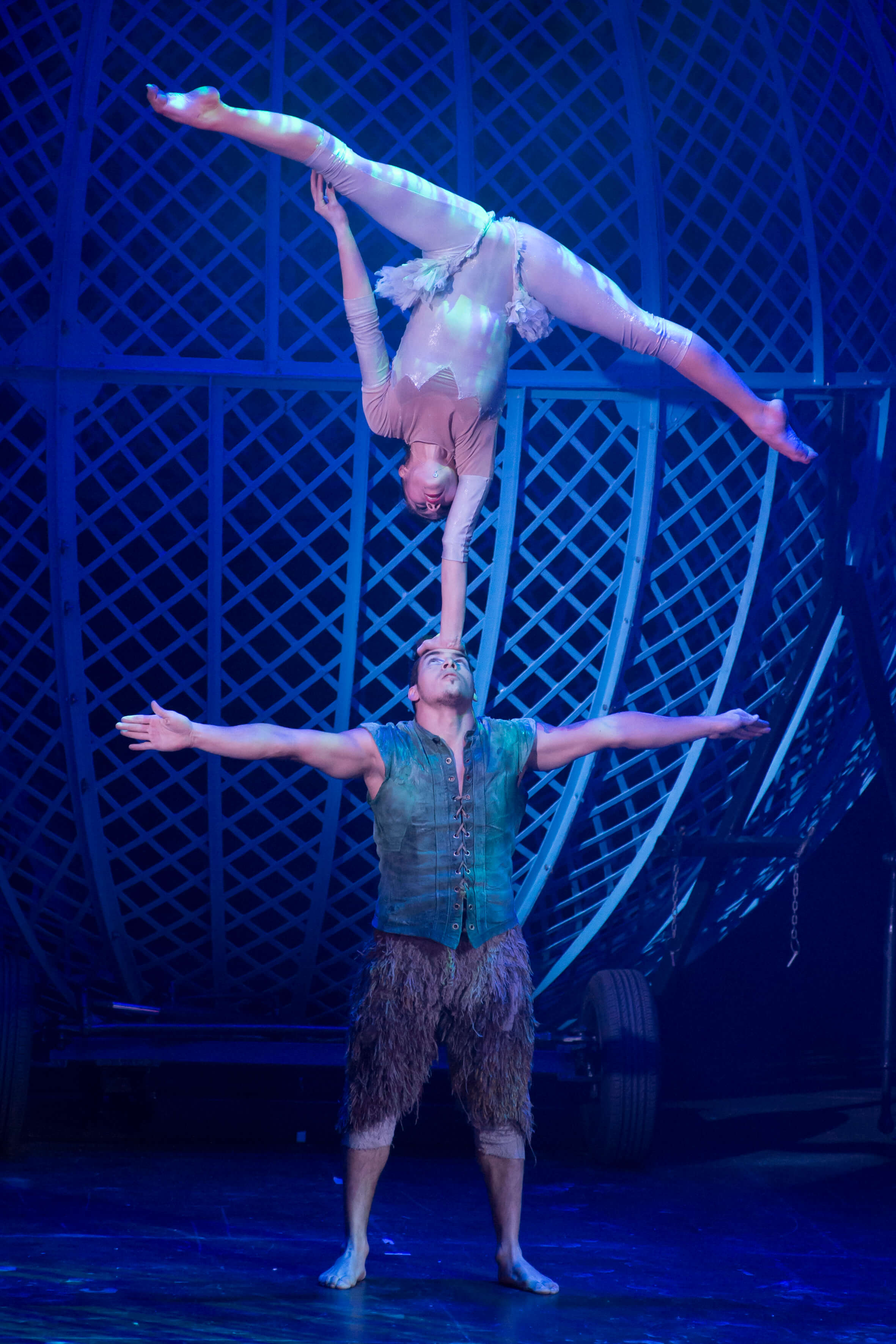 All the acts involved trained in the traditional circus ring and spend much of the year performing in the big top. However for a few months a year, they work with a West End creative team to bring their unique skills to some of the UK’s biggest theatres, under the guidance of Cirque Berserk’s creative director Julius Green. Amazingly, all bar one of the acts are performed without safety devices, which only adds to the heart-in-mouth moments, of which there are many.

The show – created by Martin Burton of the famous Zippo’s Circus – is fast-paced and dramatically charged, with one act seamlessly blending into another against a soundtrack of rhythmic and lively electronic music.

From the moment opening act the Timbuktu Tumblers leapt onto the stage we found ourselves open-mouthed in awe. They dived through hoops, built human pyramids and limbo danced under fire-lit poles all at lightning speed and with incredible coordination. It was incredible. 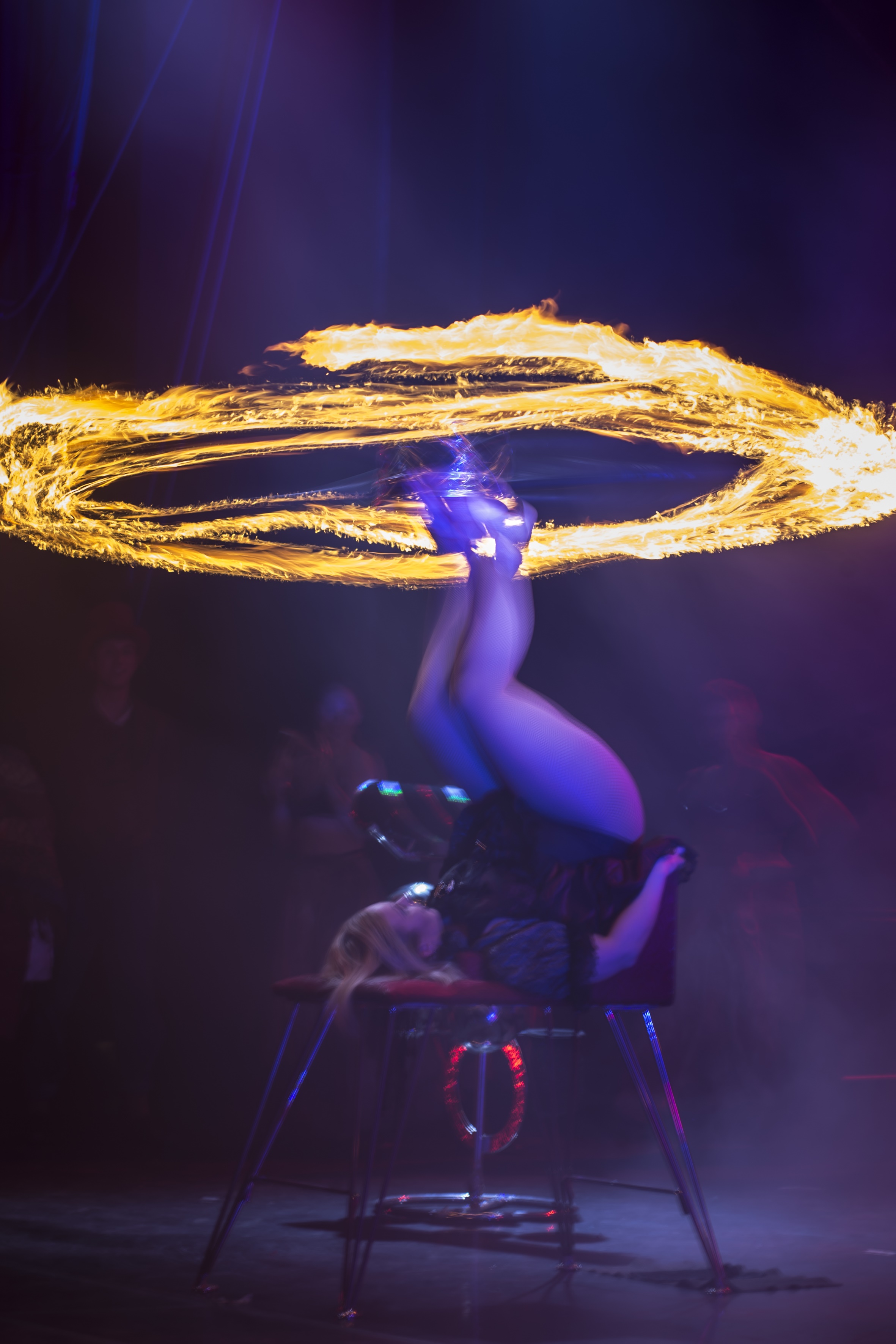 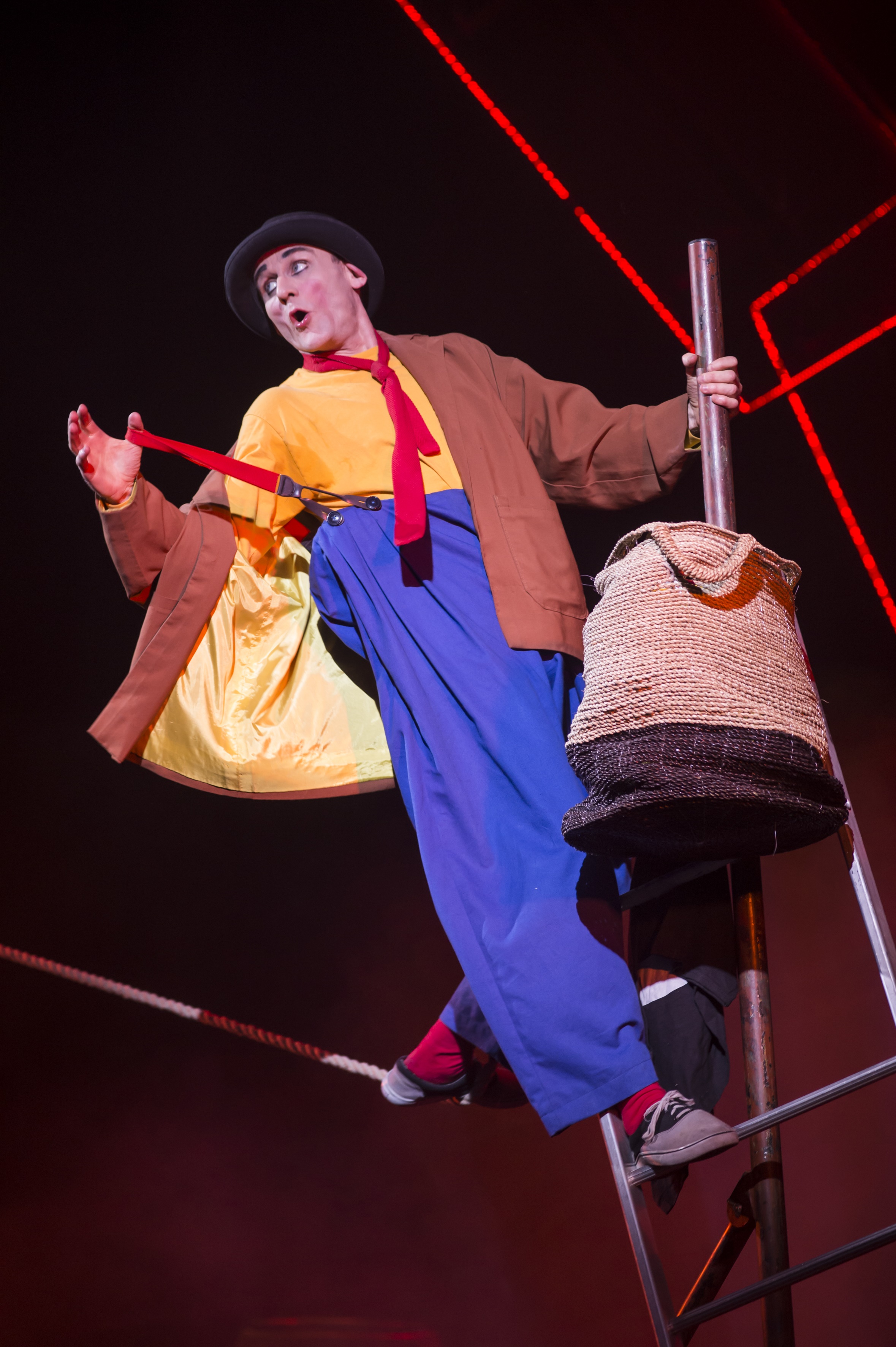 Other highlights for me included Jose and Gaby from Columbia and their incredible balancing acts; Czech knife thrower Toni; and UK acrobat Jackie and her incredible mid-air stunts that stunned the audience into utter silence, only broken by the collective audible gasps at what we were witnessing. Tweedy the clown provided the show’s humour, with his slapstick antics appearing regularly throughout. The Tropical Troupe were also incredible, with performers catapulting and somersaulting across the stage. 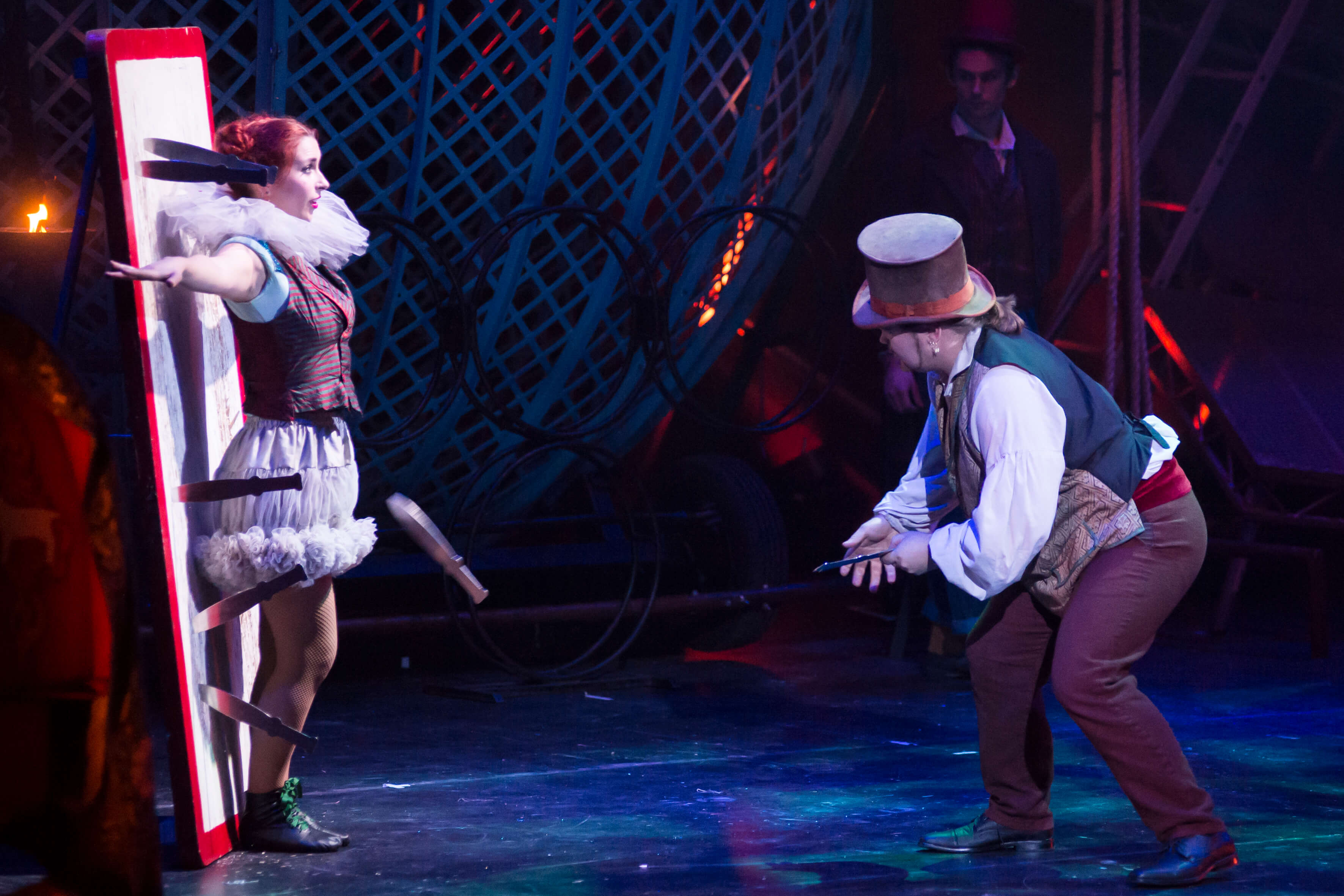 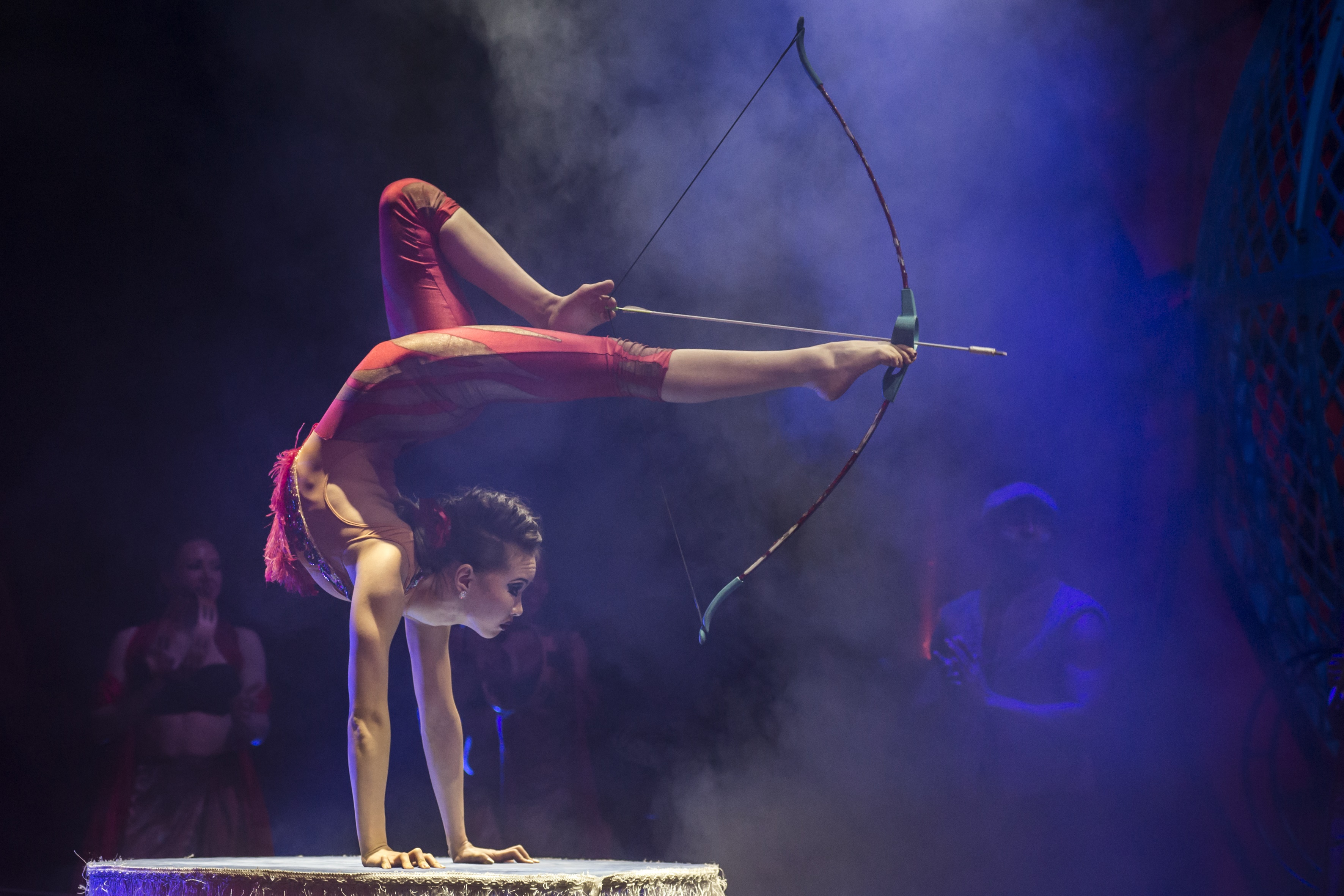 The final act of the night was the Lucius team’s Globe of Death – on the stage in the UK for the first time ever. One, two, three and then four motorcycles whizzed around the large sphere in all directions, in a stunt that had my children clinging on to me in excited fear. It was only when it finally finished that I realised I’d been holding my breath throughout. 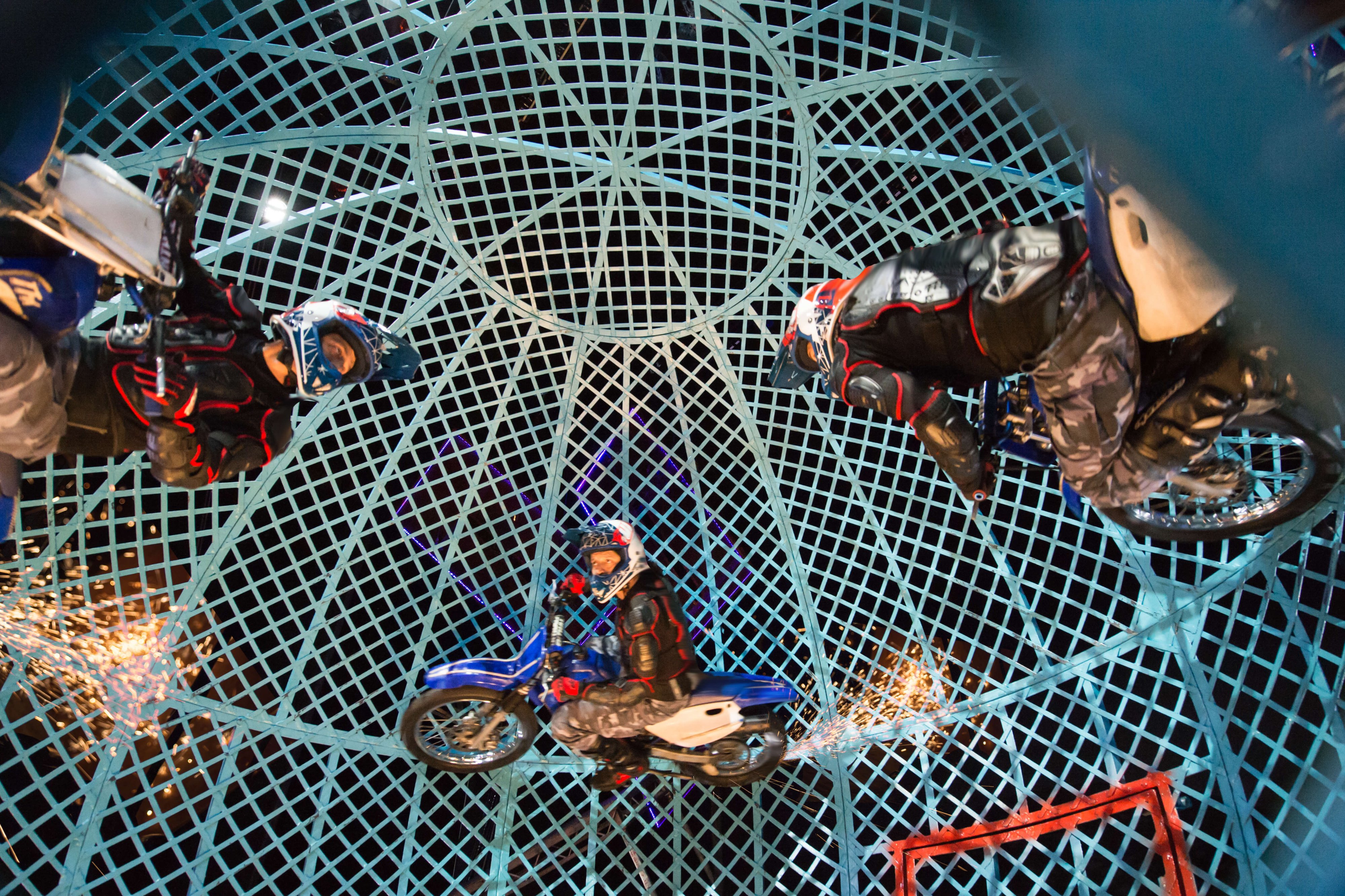 Unlike ordinary theatre, taking of photos and videos and sharing on social media is actively permitted with an announcement at the start of the show telling us not to put our phones away. I’ve shared some clips from the night on the @cardiffmummy Twitter account, as well as this YouTube video of some of the highlights.

The show is on until Saturday. See it if you can! You won’t be disappointed.

Tickets cost from £18 to £28 (including booking fee). Age guidance is 5+, with no admittance to under 2s. The show contains strobe lighting and pyrotechnics. 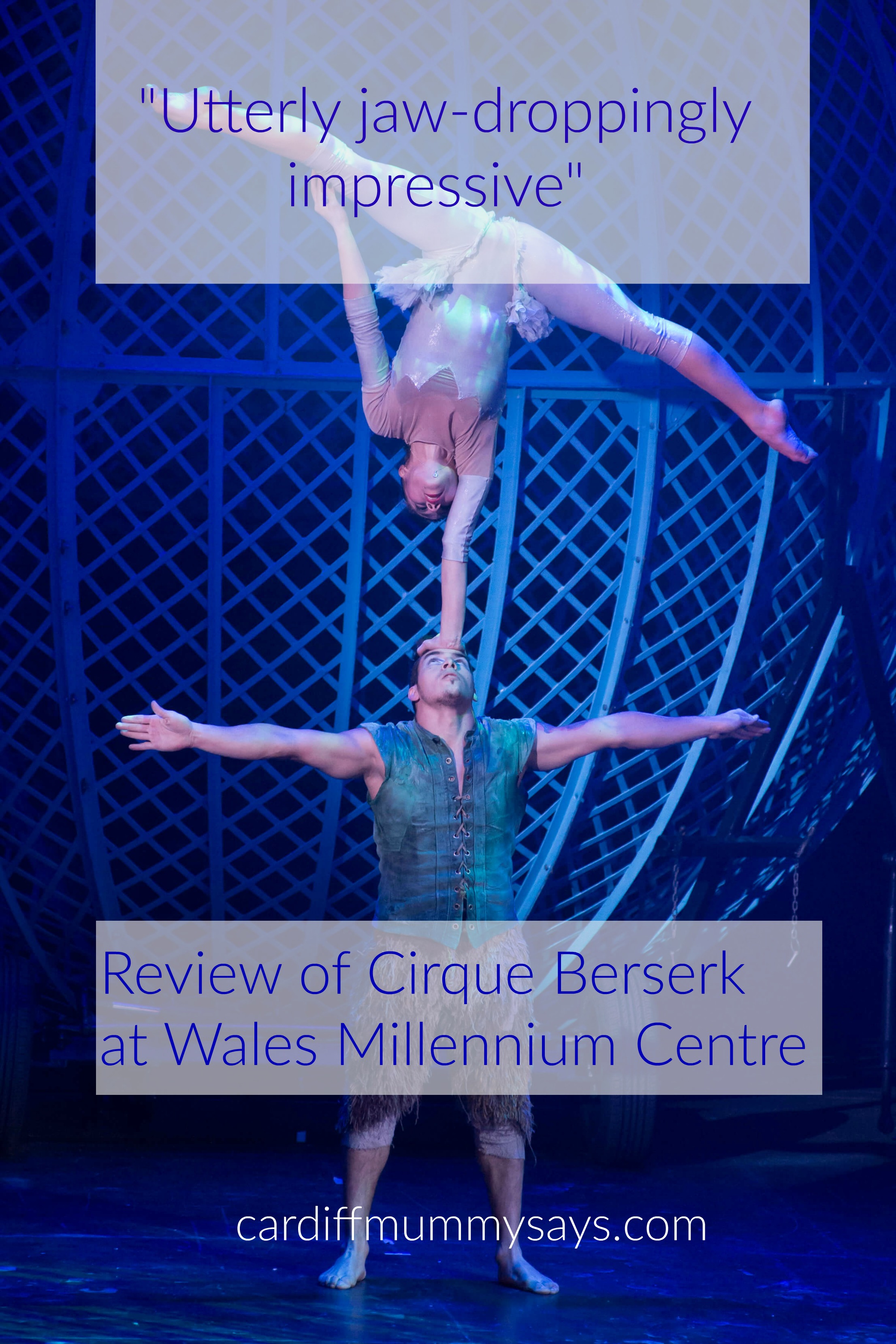 All photos taken by  Piet-Hein Out for Cirque Berserk