UPDATE: 11/03/2016 I wrote this post in February 2015 at the start of the Six Nations. It seems quite appropriate to re-share it with this weekend’s big game.

The Wales-England Six Nations clash used to be one of my favourite days of the year. Every pub in Cardiff centre full of red shirts from the moment they open. Faces painted with daffodils and red dragons. Choruses of Delilah, Hymns and Arias and Sosban Fach resonating across the city. A ticket to the stadium if you were lucky. Every inch of you desperately longing to beat the old enemy. The whole pub erupting if we scored; grown men and women crying if we won. No matter how crap we were doing in the rest of the Six Nations (or Five, as it used to be), “as long as we beat the English” as Kelly Jones famously sang, “we don’t care”. That kick-in-the-guts feeling if we lost that didn’t leave you for weeks. Hating the London-centric newspapers the next day whatever the result, as the headlines talked of England’s glory if they won, but never Wales’s glory if they didn’t. 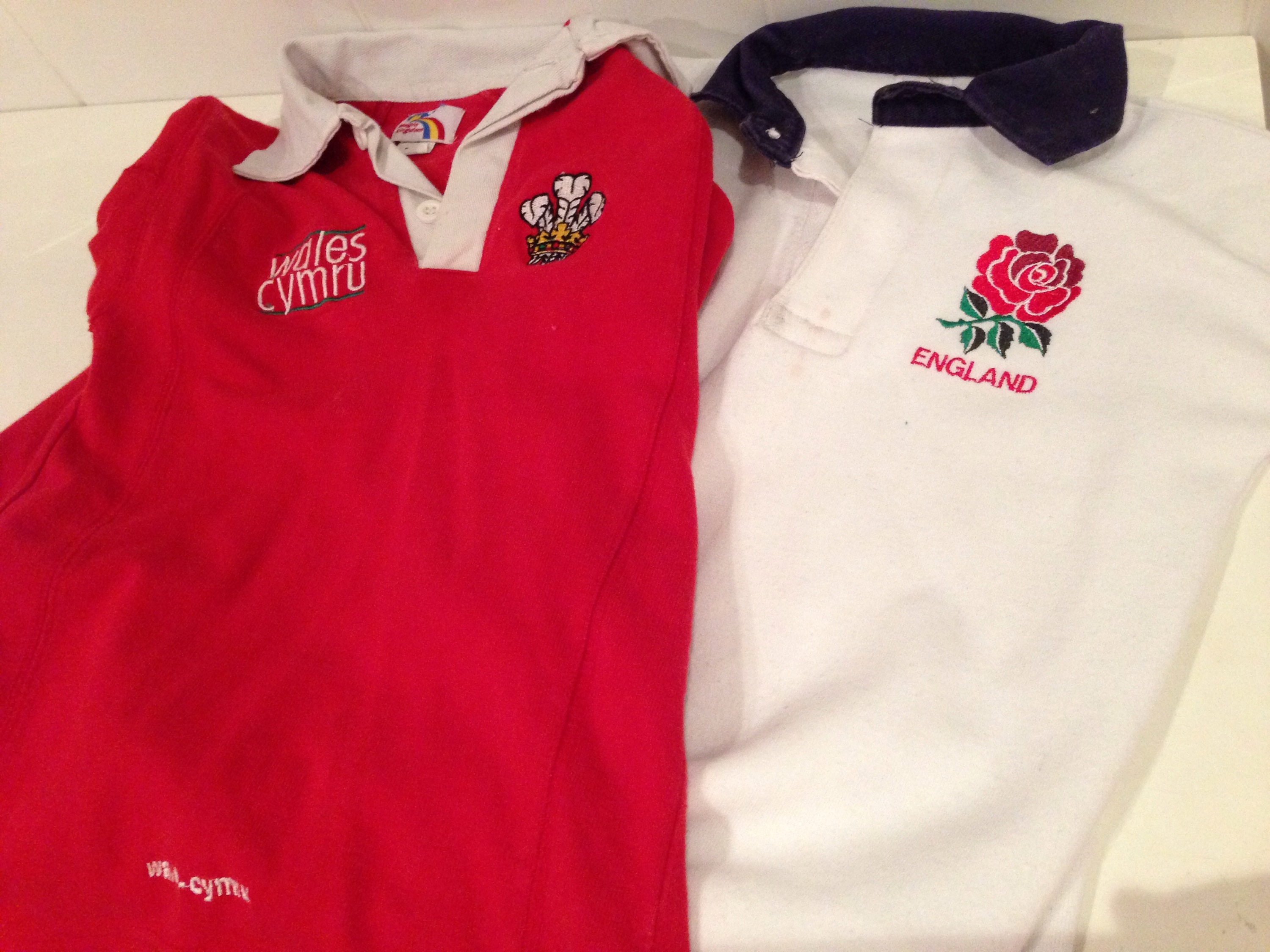 Swansea University in the late 1990s, where the First XV were celebrities in their own right. I shouted myself hoarse from the stands at Twickenham as we were crowned BUSA champions. England-Wales rugby rivalry was fierce at Swansea. Intensely fierce. The atmosphere in the student union bars was unlike anything else I have ever experienced; the room oozed pure hatred for those two hours or so of match time. The singing was deafening as the English chanted about sweet chariots swinging low and we told them exactly where they could stick those chariots. I worked in one of the Students’ Union bars and saw more than one fight between best-of-friend housemates on match day. Swansea University was where I met the man who is now my husband. (As a little aside, if you went to Swansea University then you may like this post – The real 18 things you’ll remember if you went to Swansea University in the 1990s)

During one disastrous experience of watching the big England-Wales clash together, drunken patriotism got too much and, for several years, I refused to be in the same room as the man who is my best friend every other day of the year while the game was on. This was an arrangement that suited us both well.

Until we had children, that is. From the moment our Little Miss E was born, and later her two brothers, their nationality has been a hotly-debated issue among our families and everyone is waiting to see which side they will choose. I say choose because for all our passions about our own teams, we are united that it is their decision as to which country they want to identify with and which team they want to support. Neither of us would ever pit their impressionable minds against the other side, as their dual nationality is part of who they are. From very early on, Cardiff Daddy (funny I should call him that, when he’s really from over the bridge in Bristol!) has replied to anyone who asks, “They’re not like the moon. You can’t put a flag on them.”

I know he secretly has dreams of Little Man O, Baby Boy I or even Little Miss E (let’s not be sexist about this) running out in a white shirt though. Obviously, I’m hoping the three of them will pick Wales. “They were born here, they live here and they are being educated through the medium of Welsh. Why would they ever choose England?” I ask him in jest. Cardiff Daddy clings on to the hope that they will choose his homeland though. “They can be the first Welsh-speaking brothers playing for England,” he says. We regularly have the discussion as to how we would feel if they played for the opposition. We’d support them whole-heartedly of course, but could I ever cheer on an English team against Wales? Would Cardiff Daddy ever cheer on Wales? Now that I would love to see. “We’d just have to hope for a draw,” he says.

Currently, they have both red and white rugby jerseys. I even have video evidence of Cardiff Daddy helping Little Man O put on his Welsh shirt. I was so proud of him for doing that! Little O switches between these two shirts in the same way he does his Spider-Man and Superman costumes. Some days he wants to wear his “Welsh rugby man costume” and some days his “England rugby man costume”. I’m not sure if it will always be this way.

He and Little E cheer at both the men in white and the men in red and we try not to sway their loyalties one way or the other. If a family member asks one of them if they are Welsh or English, one of us secretly whoops with joy when we get the answer we want. But you can guarantee that next time they will give the opposite answer.

I wouldn’t change my husband for the world, but I get a pang of jealously when I see friends posting photos on Facebook of mum, dad and kids all kitted out in red. It must be so lovely to all support the same team. I can’t see that ever happening in our house when it comes to international rugby.

Until my children are old enough to make a decision for themselves, I’m going to make the most of the fact that they are young enough and innocent enough that they don’t realise nationality, ethnicity and colour could ever be an issue. They embrace it all and I love them all the more for it.

I’ll also keep looking at the bib bought for Little Miss E when she was a baby: 50% Welsh, 50% English, 100% gorgeous. Now that’s definitely something Cardiff Daddy and I can agree on.

What do other Welsh-English households do on the big match day? I love reading your comments so do let me know what you think in the comments section below, you can tweet me on @cardiffmummy or visit my Cardiff Mummy Says Facebook page.