Artes Mundi is one of the most significant contemporary arts prizes in the world. Held every two years, the Wales-based international competition sees its winner awarded £40,000, the largest arts prize in the UK.

An exhibition of works from the shortlisted artists is currently on display at the National Museum Cardiff and Chapter Arts Centre, with the winner announced in January 2017.

But is it a place for children? Two years ago I took my family along to see the 2014 exhibition and although some small elements of the show were not quite age-appropriate for them, I was impressed with their response towards the art work they were viewing.

The 2016 exhibition of shortlisted artists opened this weekend – and we were invited to the museum to view the works on display as part of our role as ambassadors for National Museum Wales and St Fagans National History Museum. We also took part in their family The Big Draw workshops, which are taking place over half term and encourage children to respond creatively to some of the art works.

I’m going to be completely honest here and tell you that I am clueless when it comes to contemporary art. I’m not always sure what things are supposed to mean. My own artistic talent is also seriously lacking. I can’t even draw a stick man without it looking deformed (as was pointed out to me on my yoga teacher training course by my course tutor, when putting lesson plans together).

But I approached both the exhibition and the workshop with an open mind, reminding myself that however I felt towards the works was fine. More than anything, I wanted my children to walk away feeling that art was accessible to them. 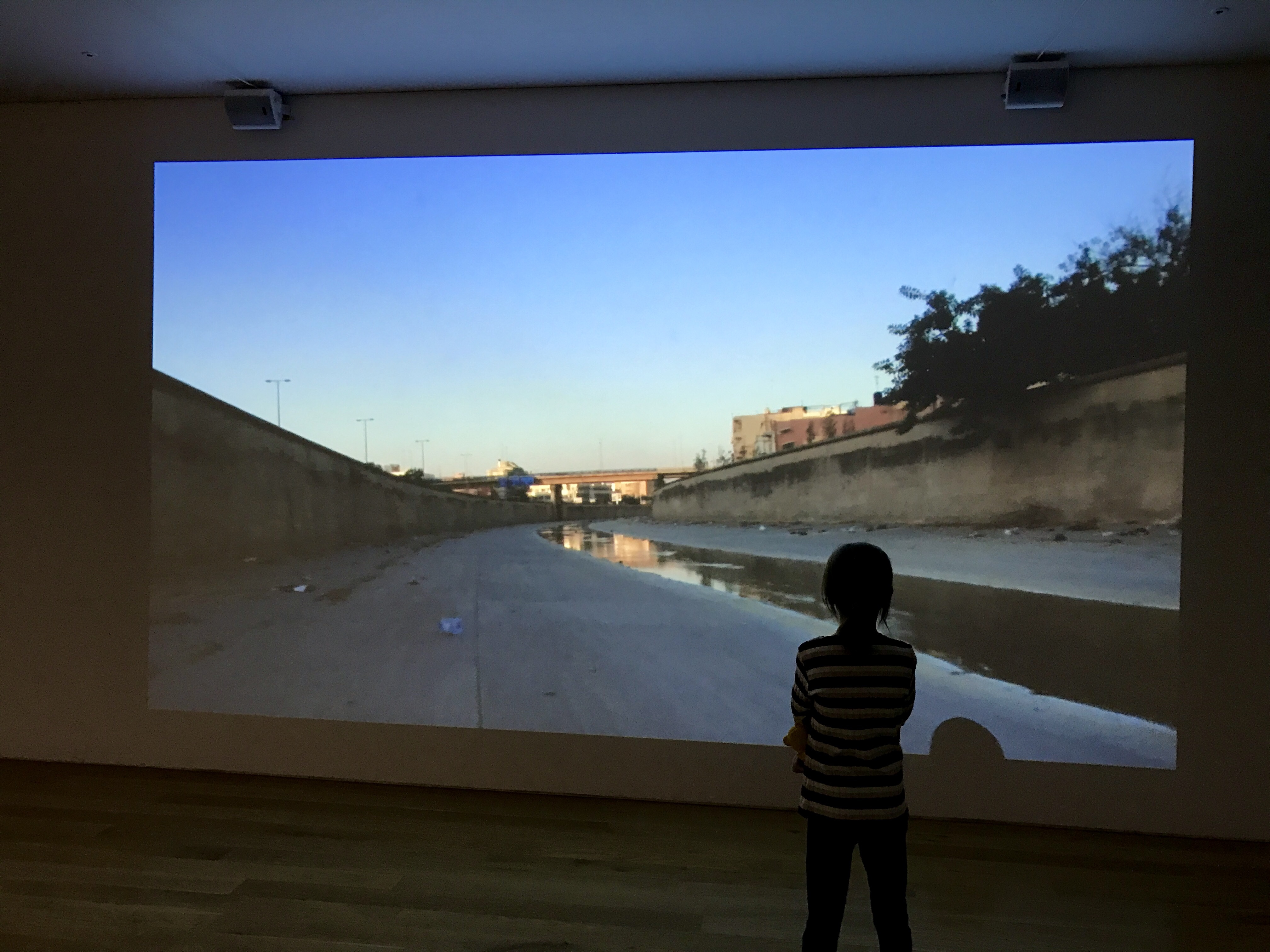 Lamia Joreige is a Lebanese artist whose Under-Writing Beirut reflects the aftermath of war. One work responds to the destroyed collections at the National Museum of Beirut. It seems quite fitting to think about this in the galleries of one of our own national museums. How would we feel if our history was destroyed and looted? Catrin, the member of museum staff who ran our workshop, told me that during the Second World War, items from the National Museum in Cardiff were transported to a disused quarry in North Wales to protect them.

Joreige’s four-minute video installation The River is a slow and atmospheric journey down what used to be a river, but is now a dried out, derelict and empty path way. The banks of the river have traditionally been inhabited by a diverse migrant population, but now the area has been earmarked for rejuvenation, the future of migrants in the city is unknown.

More of her work is on display at Chapter Arts Centre, as well as that from Nastio Mosquito of Angola. 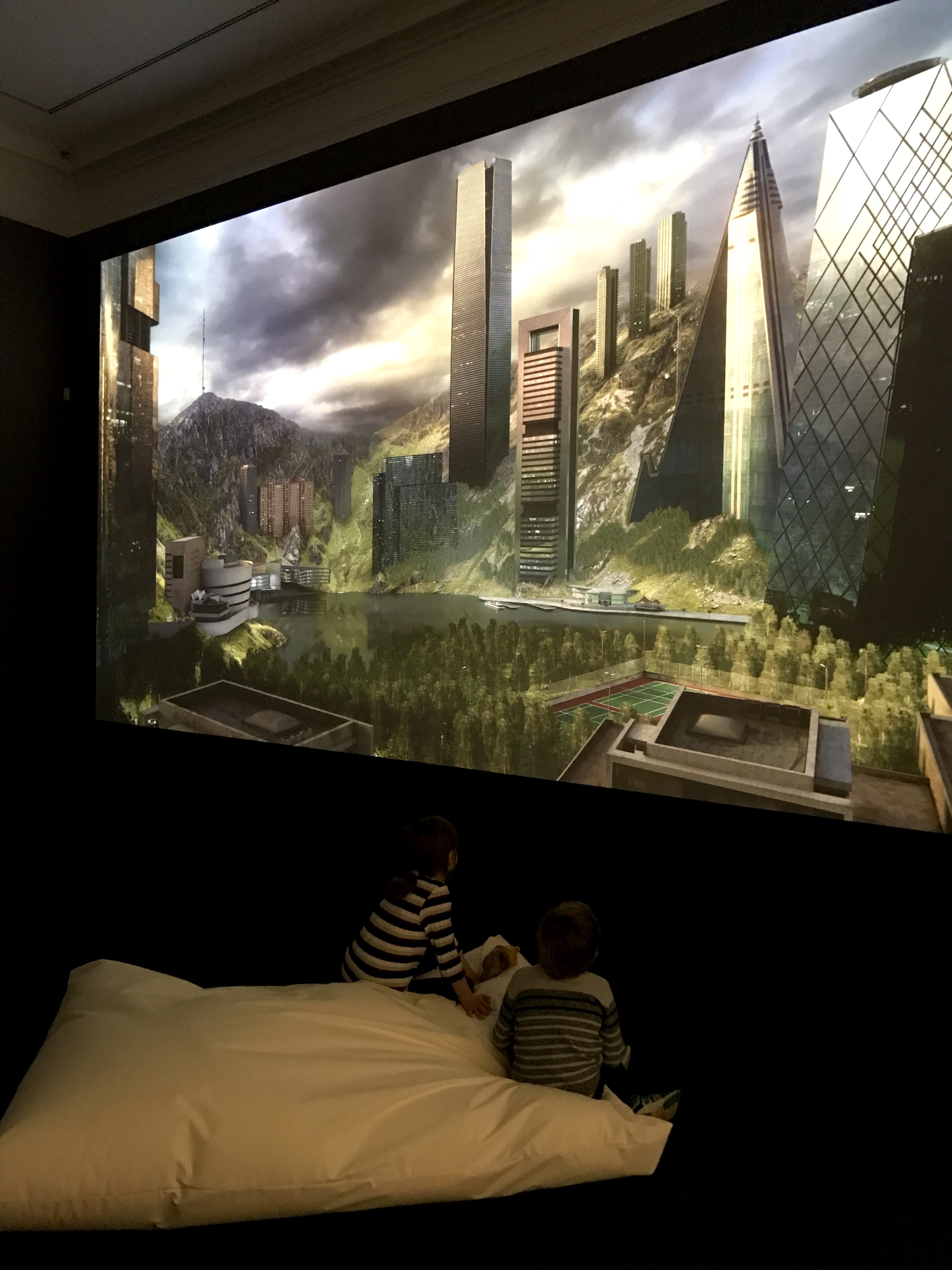 In Tyrrau Mawr, or Big Towers, Bedwyr Williams – only the third Welsh artist to make it onto the shortlist in 12 years, and the first for 10 years – imagines a city being built on the slopes of Cadair Idris, the mountain near Dolgellau.

Audiences can sit on giant big bags on the floor of the darkened room where the 20-minute computer animated video is being shown. Williams has been inspired by mega cities across the world, built to house expanding populations. We hear stories of the individual inhabitants, as night slowly turns to day. My children managed about five minutes of the video, before getting restless, but it lead to some interesting questions about what would happen if a town were to be built at the base of a mountain. 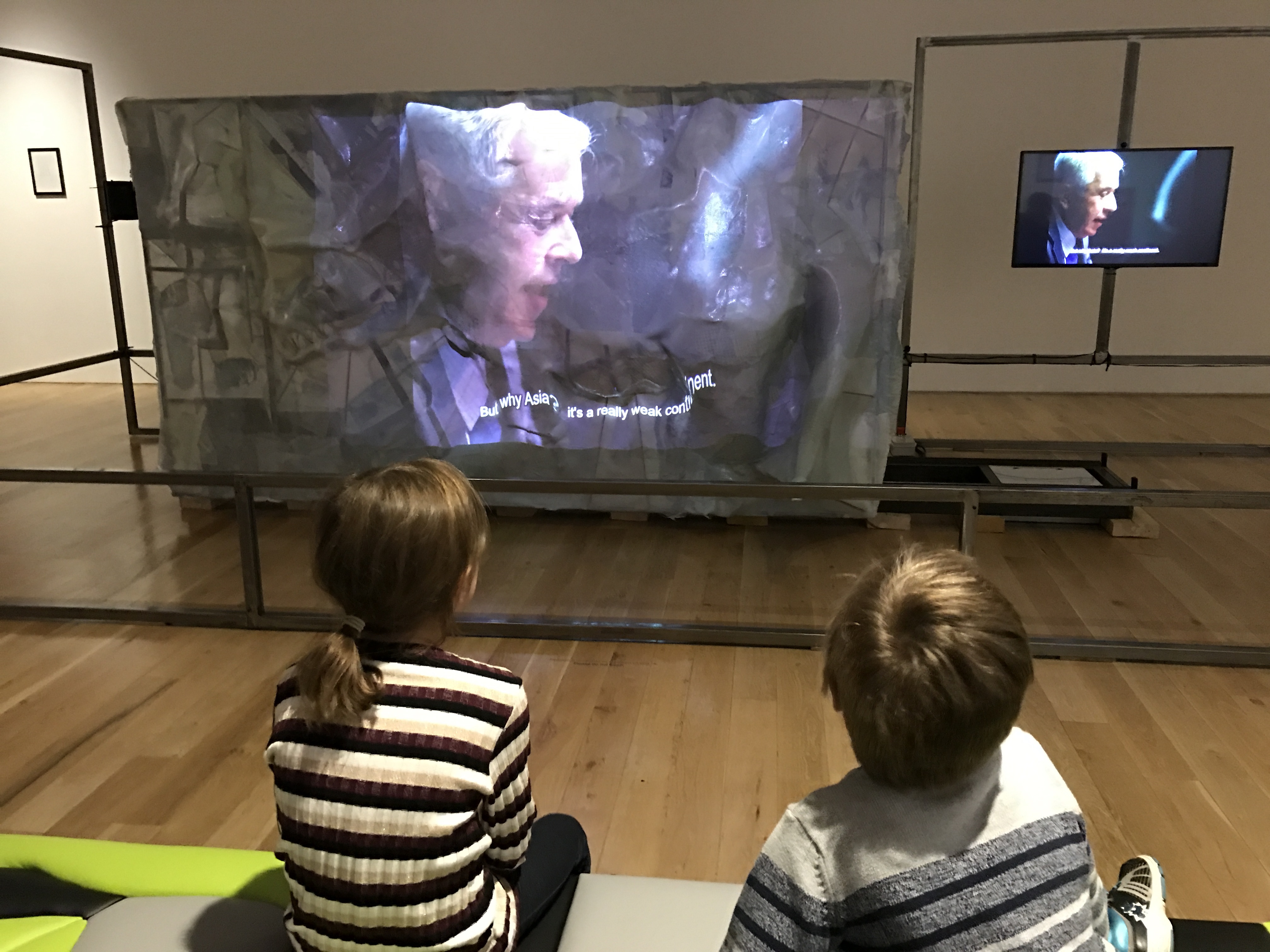 Neïl Beloufa, from France/Algeria, created a video installation World Domination, which sees non-professional actors divided into teams of different nationalities and taking on roles such as president, military leader etc. They discuss global problems including poverty, war and abortion. It was tricky to watch this with my children.

That said, they liked looking at Beloufa’s Counting Contest, on the back wall, which saw all those involved in installing Artes Mundi taking part in a numerical challenge; as well as the video installation Monopoly, in which a group of Ukranian teenagers take part in the capitalist game. 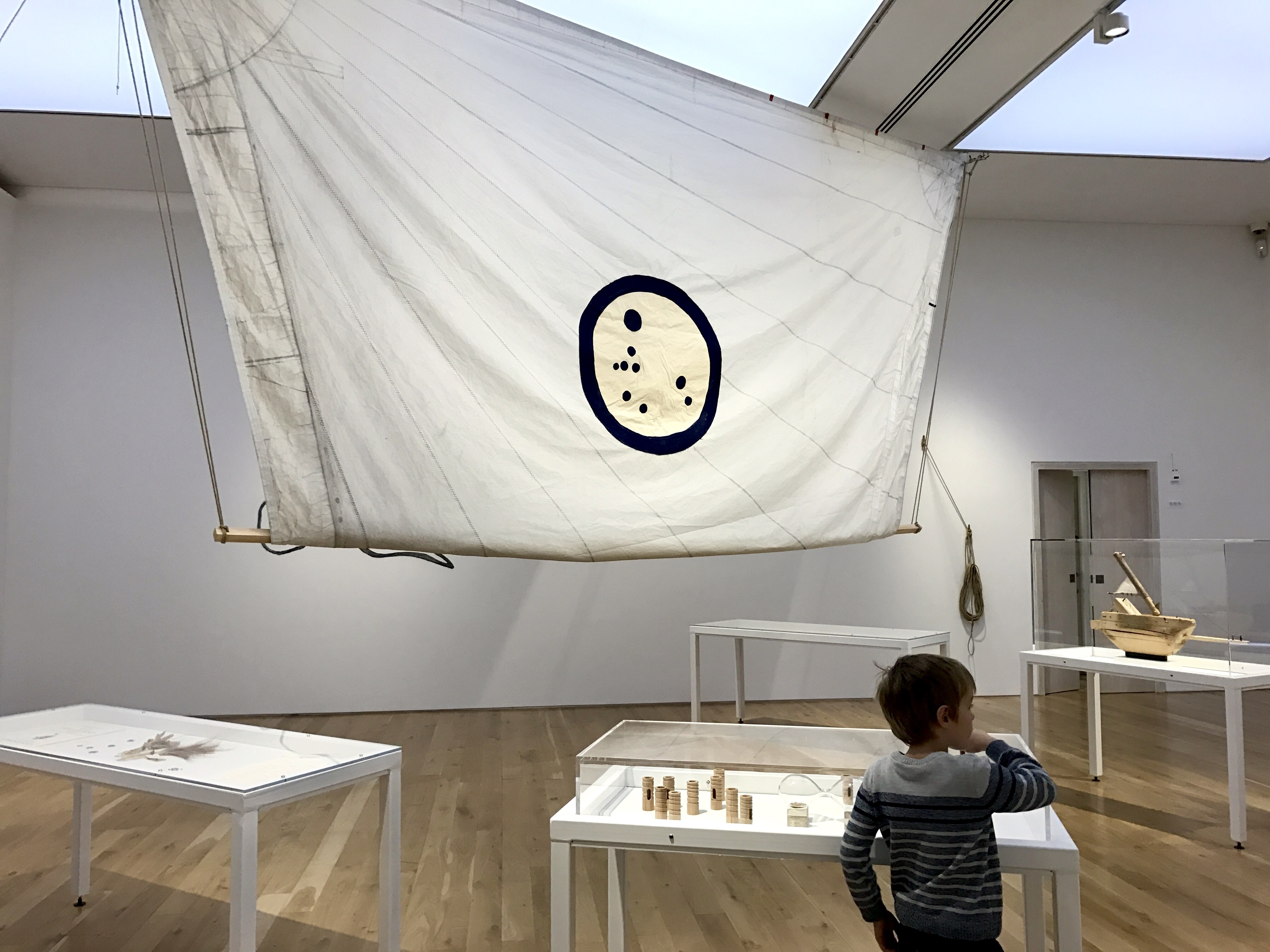 It took me a while to understand what was going on in Amy Franceschini’s Futurefarmers. Her Seed Exchange depicts a group called Futurefarmers as they partake in “an act of reverse migration”, taking rare and unusual seeds that made their way to Europe back to the Middle East, by boat, meeting other farmers and artisan bread-makers and exchanging seeds. Another element of her work features a series of dots and dashes as speech is translated into morse code, and then onto smoke signals. 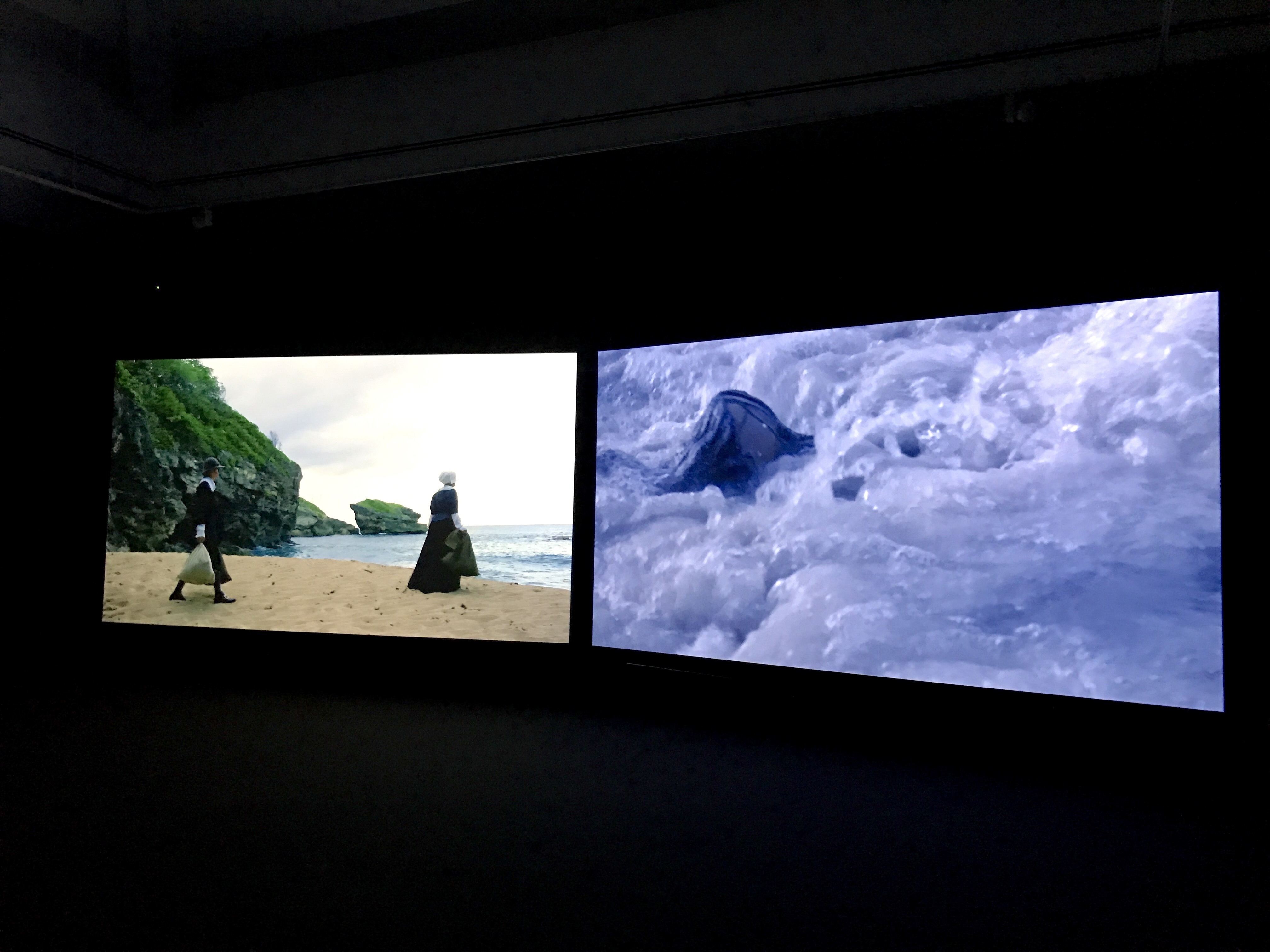 Auto Da Fé, a film by John Akomfrah, Ghanain-born and now UK-based, looks at five centuries of migration and religious persecution. Shown over two angled large screens, it brings together eight interconnected mass migrations from the last 400 years, focusing on the displacement of people. I found this film really powerful – the people featured are dressed in period costume but their faces look so empty and void of emotion. I found it utterly captivating, as did Little Man 0, my five-year-old middle child. Miss E, 6¾ was a bit more unsure and slightly frightened in parts, as the sea and the waves in the video were quite dramatic.

It was Amy Franceschini’s works which provided inspiration for our Big Draw family workshop. Our host, Catrin, explained to us that the main element of Franceschini’s work was designed to look like a boat, and we spent time talking about sea journeys and what else we might see in the sea. 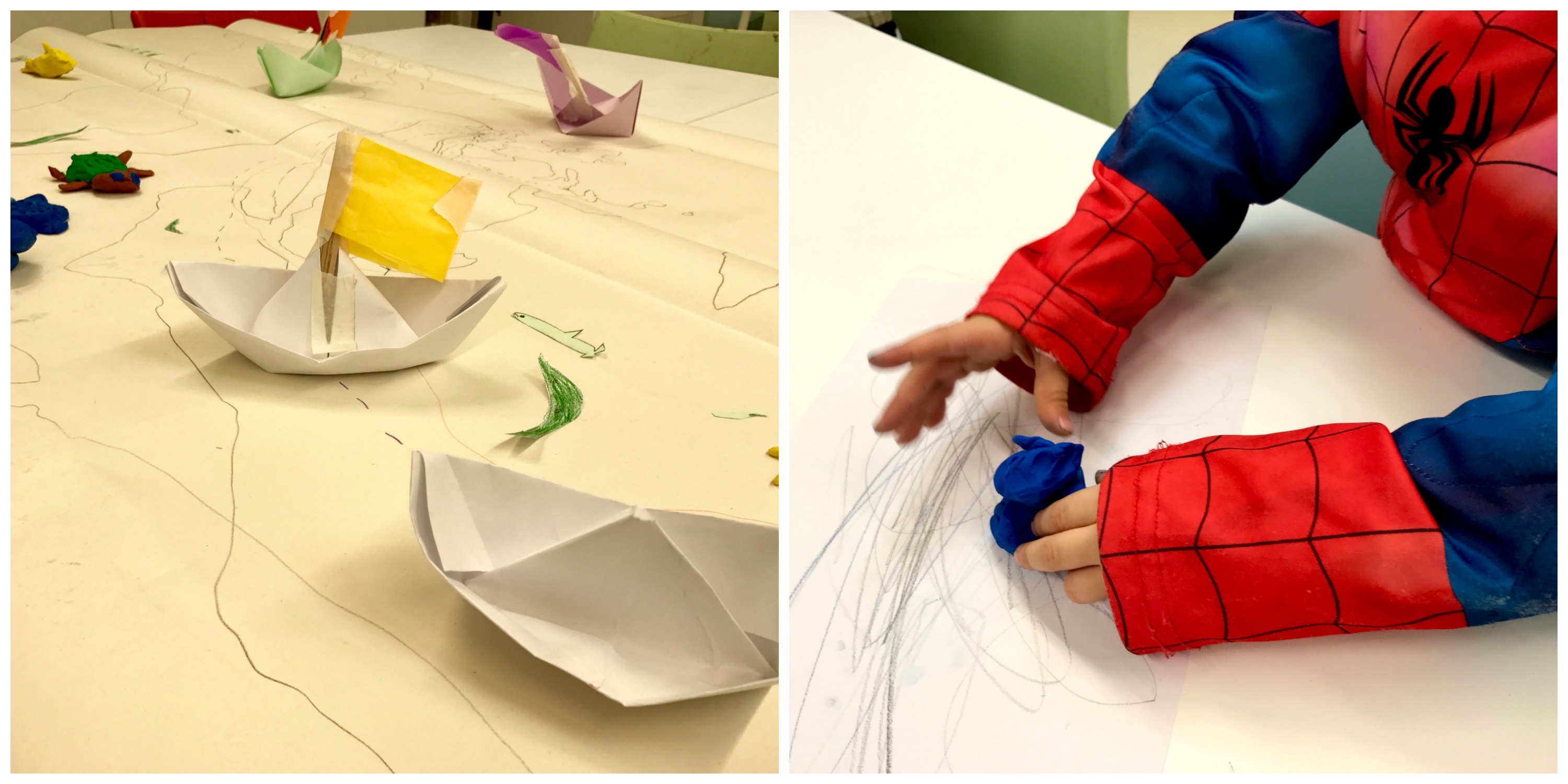 We made origami paper boats complete with tissue paper sails, and formed sea creatures out of Plasticine. All of this was placed onto a giant white paper map of the world, as part of a collaborative artwork, put together by all those taking part in the workshops over the half term. 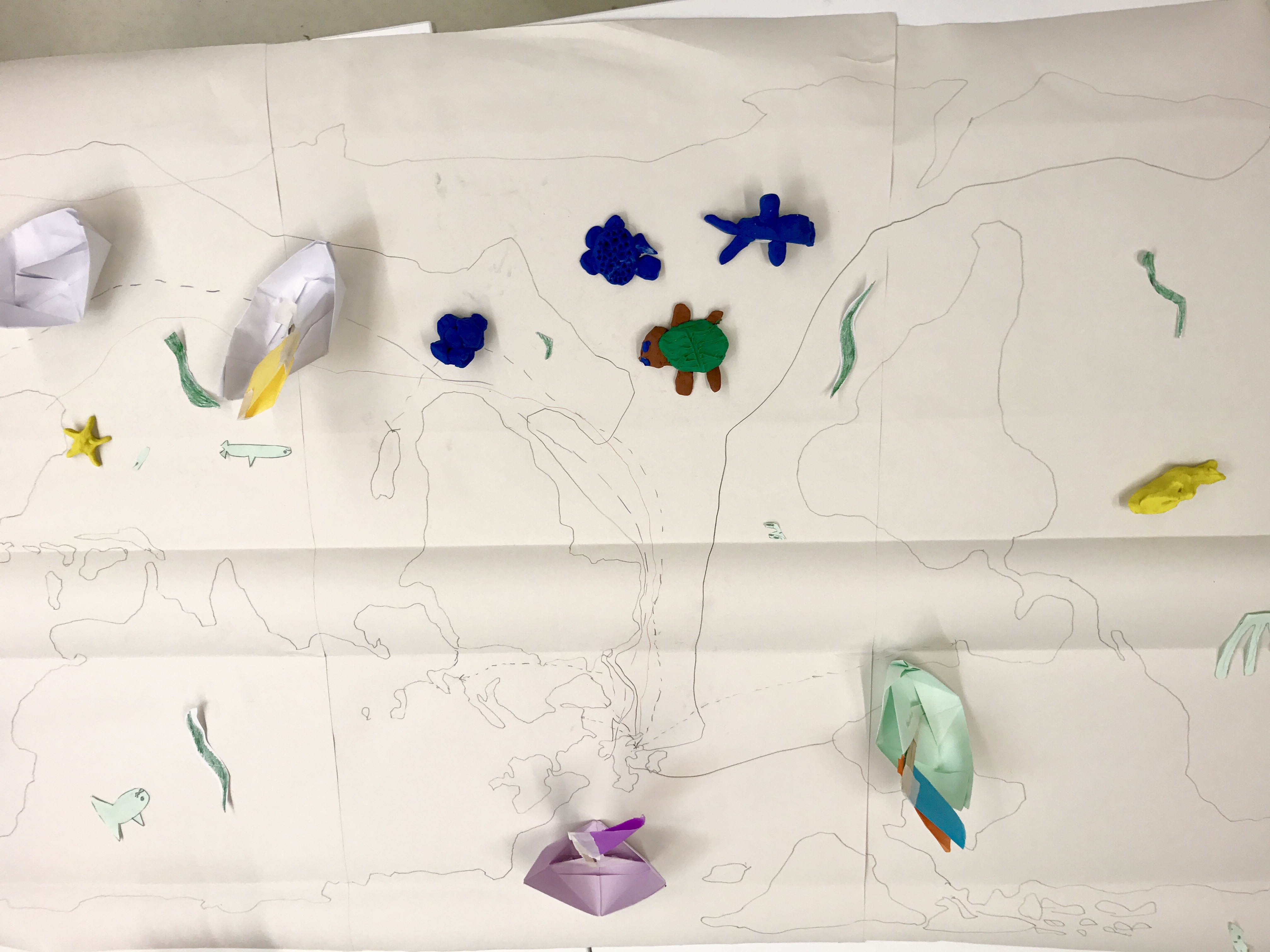 The hour-long workshop had a lovely, informal feel about it, with children free to express themselves creatively however they saw fit. Toddler Boy I, my 2½-year-old youngest child, just wanted to make blue boats. Little Man made a selection of turtles and sharks, while Miss E, 6¾, also made a turtle and masses of sea weed to decorate the oceans. They could then draw lines on the map, showing the journeys their boats would travel in, from country to country. 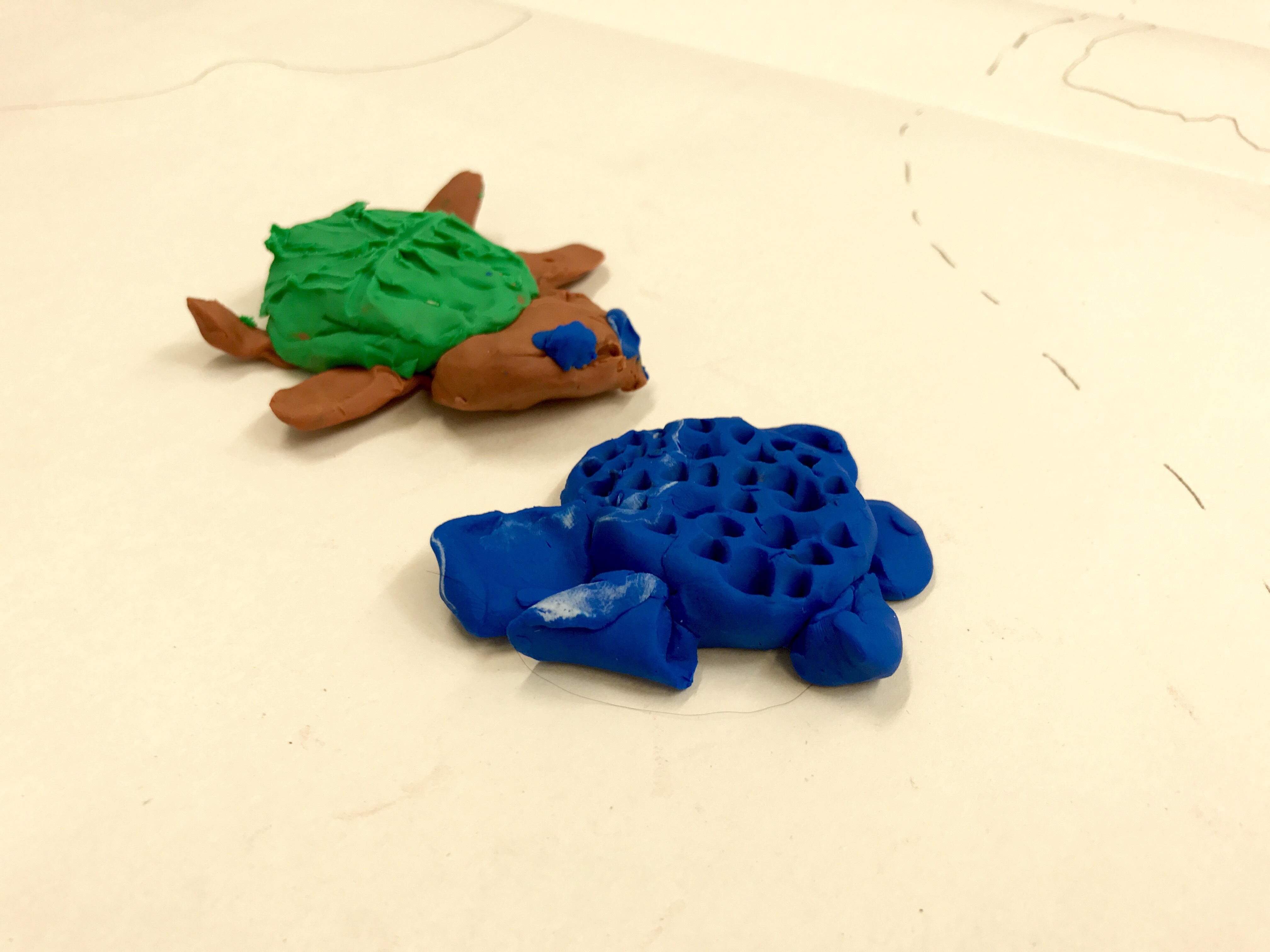 We visited on the first day of the workshops but already you can see the colour and dimension taking place on the collaborative map. By the end of the week, it will no doubt look very impressive indeed.

I loved seeing my children express themselves creatively. Even though they didn’t get everything that they had seen in the exhibition, they understood enough to use it as a starting point for their own creations. They are excited now to see what the other children attending the workshops will create over the next few days.

The Big Draw Family Workshops take place at National Museum Cardiff from Saturday 22nd until Sunday 30th October, with sessions at 11am, 1pm and 3pm. All sessions are free but need to be booked on arrival at the Information Desk as spaces are limited. The museum is closed on Mondays.