While I’m sat at my laptop writing this review, Little Miss E, my seven-year-old daughter, is giving me a rendition of the Queen of the Night’s aria and five year old Little Man O is teaching his little brother, three-year-old Toddler Boy I, to beat out a rhythm on his toy drum.

We’ve just got back from a brilliant afternoon at Welsh National Opera’s Family Concert at St David’s Hall, Cardiff and my children are inspired by what they have seen to say the least.

With a mission to prove that classical music and opera can be enjoyed by all, Welsh National Opera’s Family Concert follows on from the success of last year’s sell-out event. It sees the full WNO Orchestra performing a programme of popular classical and opera music, plus a few film favourites, with guest singers from the worlds of opera and musical theatre. 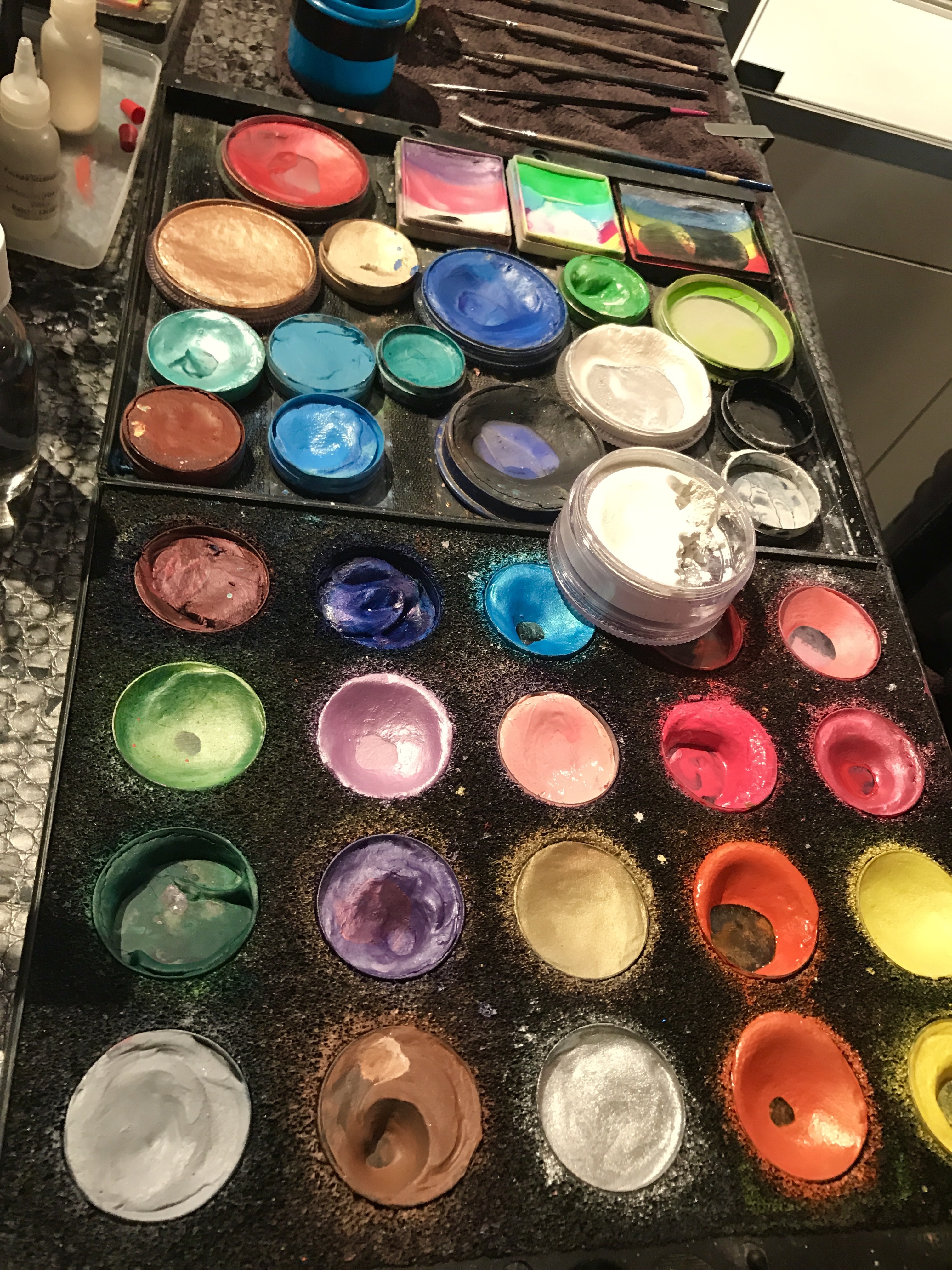 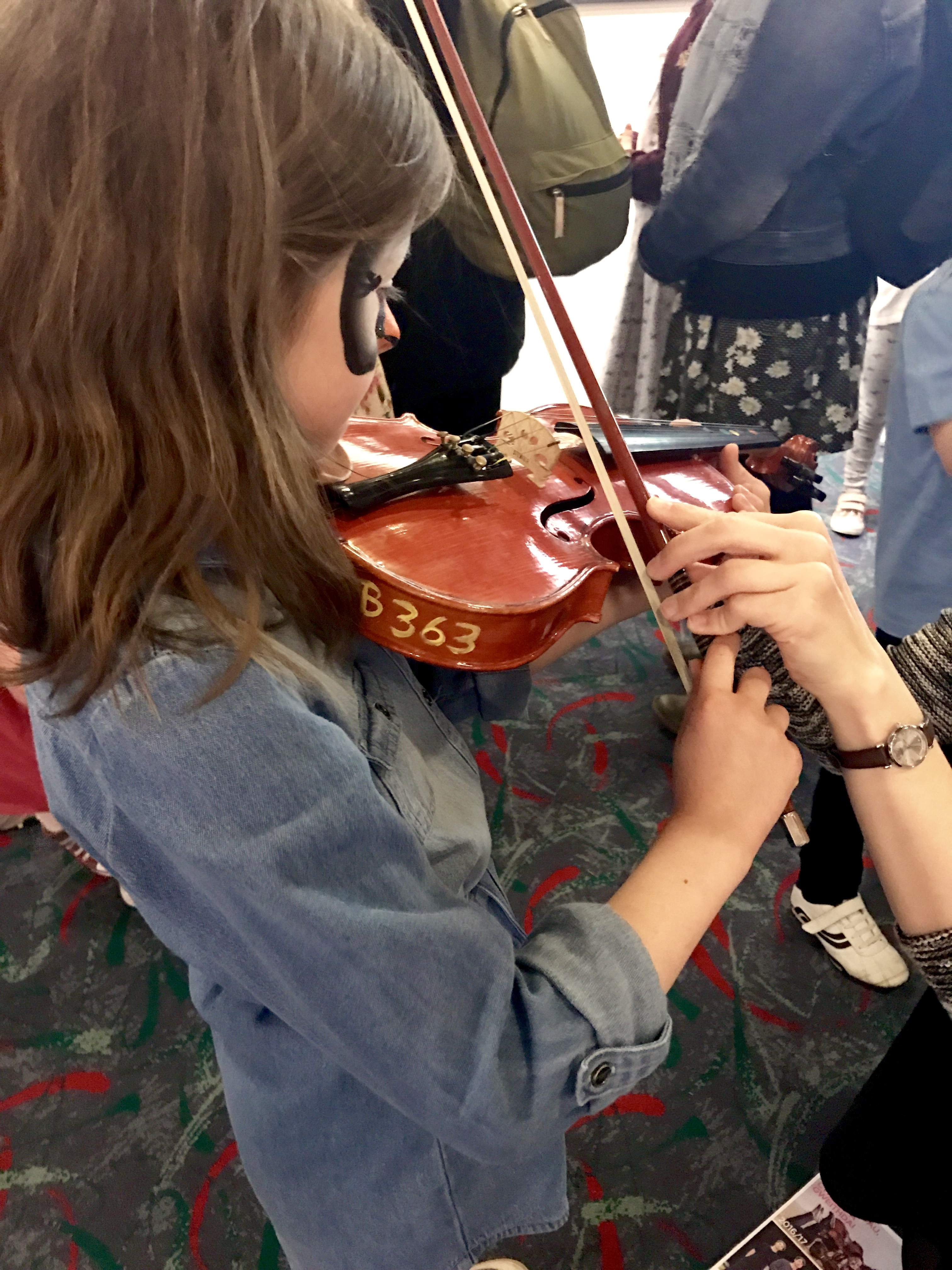 Before the show, there were plenty of activities to help families learn more about the different departments within the opera company. The foyers were full of children trying on wigs, having their face painted, and even trying out different instruments under the instruction of members of the orchestra. My children loved having the chance to be so hands on.

The theme for this year’s show is animals and the performance opens with a rousing rendition of Jerome Moross’s The Big Country, the theme tune from the famous 1958 epic Western film starring Gregory Peck. As with all the musical numbers today, it’s accompanied by a video animation backdrop depicting the story, giving the audience a sense of what the music is about.

The programme for the afternoon includes a range of animal-themed classical music, such as Tchaikovsky’s famous Swan’s Theme from Swan Lake and Rimsky-Korsakov’s The Flight of The Bumblebee, which uses a frantic paced string section to depict the buzzing sound of the bee. (This work is actually an interlude from the opera The Tale of Tsar Saltan, but is well known as a classical number in its own right.) There’s also the theme from The Pink Panther, and Elephant from Saint-Saens’ Carnival of the Animals, which uses the double bass, one of the biggest and lowest pitched instruments of the orchestra, as the biggest animal of the jungle.

Star of musical theatre star Landi Oshinowo sings Beyond the Sea from Finding Nemo and The Circle of Life from The Lion King with wonderfully powerful and passionate vocals. There’s more Disney in a fun medley of songs from The Jungle Book, giving children from four local schools (Mount Stuart Primary, Penygawsi Primary, Dinas Powys Primary and Jenna Park Primary) a wonderful opportunity to sing accompanied by a world-class orchestra. 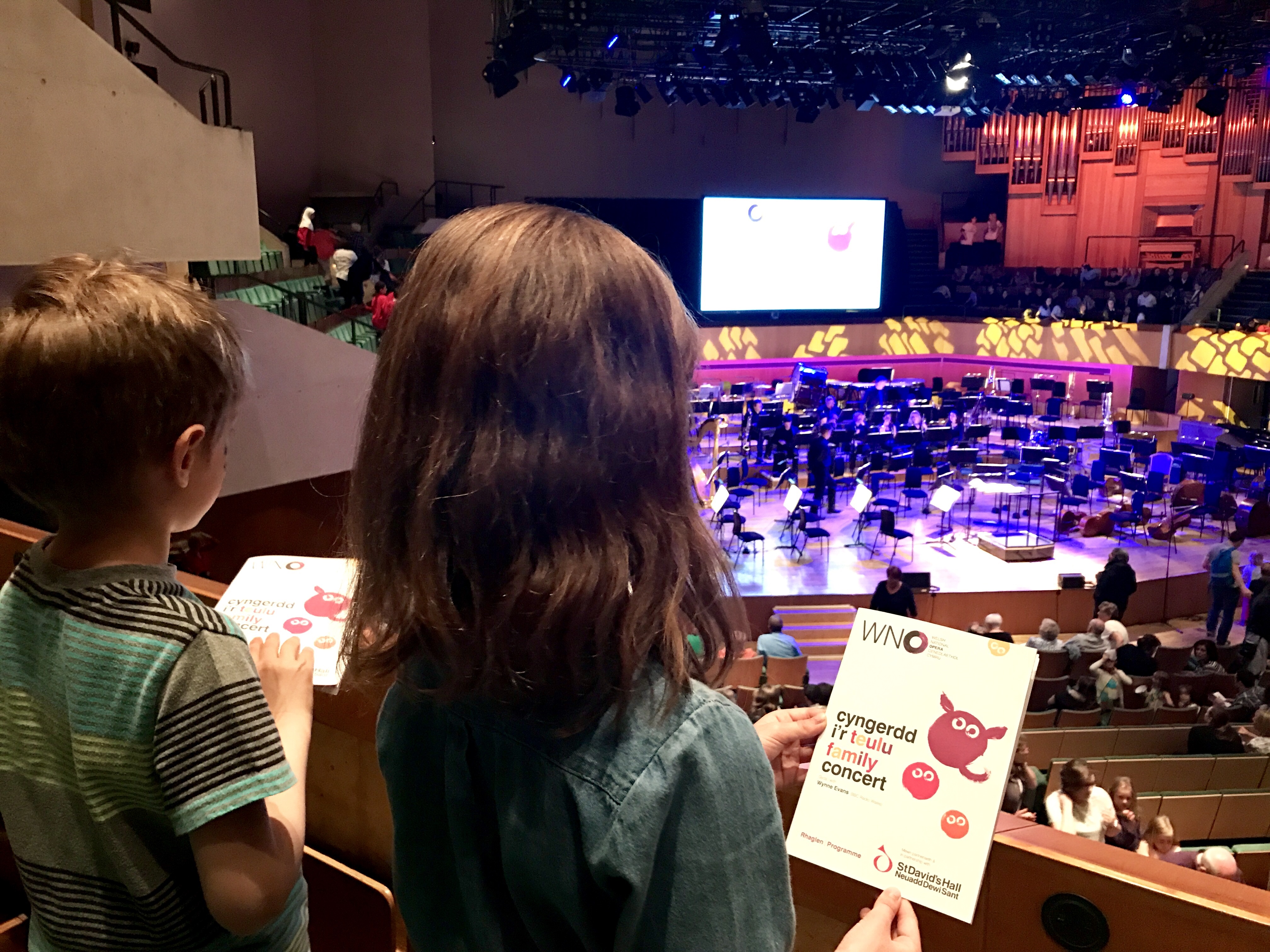 Opera is slotted in to the programme seamlessly, with a beautiful rendition of the Queen of the Night’s aria from Mozart’s The Magic Flute, performed by Samantha Hay.

The aria requires a tremendous vocal range of two octaves, with the voice singing in a high-pitched fast-paced tremolo, almost like a bird tweeting away.

I studied The Magic Flute as part of my A-Level music and this aria has always been one of my favourites. I’ve seen the opera a couple of times, but to witness my children hearing it for the first time was pretty special. It was unlike anything they had ever heard before!

Samantha manages the vocal demands with ease, not to mention wearing the most stunning black shimmering corseted, big-skirted period-style dress. Miss E said she looked like a wicked Disney princess.

She is later joined on stage by Anna Harvey for a rendition of Rossini’s Cat Duet, where the only word sung is ‘meow’ as the two singers pretend to feud.

The afternoon is compered by Wynne Evans. Perhaps most famously known as spoof opera singer Gio Compario from the Go Compare adverts, and a presenter on BBC Radio Wales and Classic FM, Wynne was a singer with WNO for several years. As a result, he knows most of the orchestra members really well and brings a lot of banter and humour to the show, never taking himself too seriously. He introduces various instruments to us, explains the plot to some of the operas in a nutshell, and generally gives an insight into the life of the opera company. He’s so warm and likeable and is the perfect host for such an occasion.

The orchestra conductor, James Southall, is equally as fun to watch. He has so much charisma, dancing and singing along to the Jungle Book medley with such passion, and with hilariously animated gestures and facial expressions as he conducts throughout. He’s even happy to give three lucky children a chance at conducting themselves. He does a great job of making what can be quite a series job into something fun, lively and not at all daunting for the young audience.

Which pretty much sums up the afternoon. Welsh National Opera’s Family Concert proves that classical music can be enjoyed by even the youngest of audience members. Yes, certain operas and classical music may be heavy-going even for the aficionados, but there’s plenty of music children can discover and enjoy. And sandwiching it in between familiar Disney numbers and other more well-known classical music numbers sends a great message to young people that if you like all that other stuff, there’s no reason you shouldn’t like opera too.

Welsh National Opera’s Orchestra are back at St David’s Hall on Sunday 10th September with Oz With Orchestra, a screening of the classic Judy Garland classic The Wizard of Oz, with musical accompaniment from the orchestra.

*Thanks to Welsh National Opera for inviting us along to the performance.