As a parent, I want my children to be kind and compassionate, and to think about other people who aren’t as fortunate as they are. I try to do this all year but it seems even more important at Christmas when the focus is on receiving gifts and enjoying festive events and parties.

So far this festive season, they have been filling up a large gift bag with toys they no longer play with as part of Santa’s Big Toy Exchange so that Santa can recycle them and pass them on to other boys and girls. They know about the Precious Moments campaign I’ve been involved in as a blogger ambassador for Ty Hafan. And Little Man O and his pre-school class are collecting toys for children who will be in hospital over Christmas.

We’re also humbled to be working with Deki, a Bristol-based micro-finance charity, to raise awareness of its role in supporting people running small businesses in the developing countries of Ghana, Nepal, Togo, South Africa, South Sudan, Malawi and Uganda, via crowd-funded ethical loans.

These are people already working hard to climb their way out of poverty, but who are deemed ‘unbankable’ by traditional financial institutions. Often, these are people dealing in small amounts of money each day, living in hard-to-access areas, without credit histories and who don’t meet ‘traditional requirements’ within the banking sector. 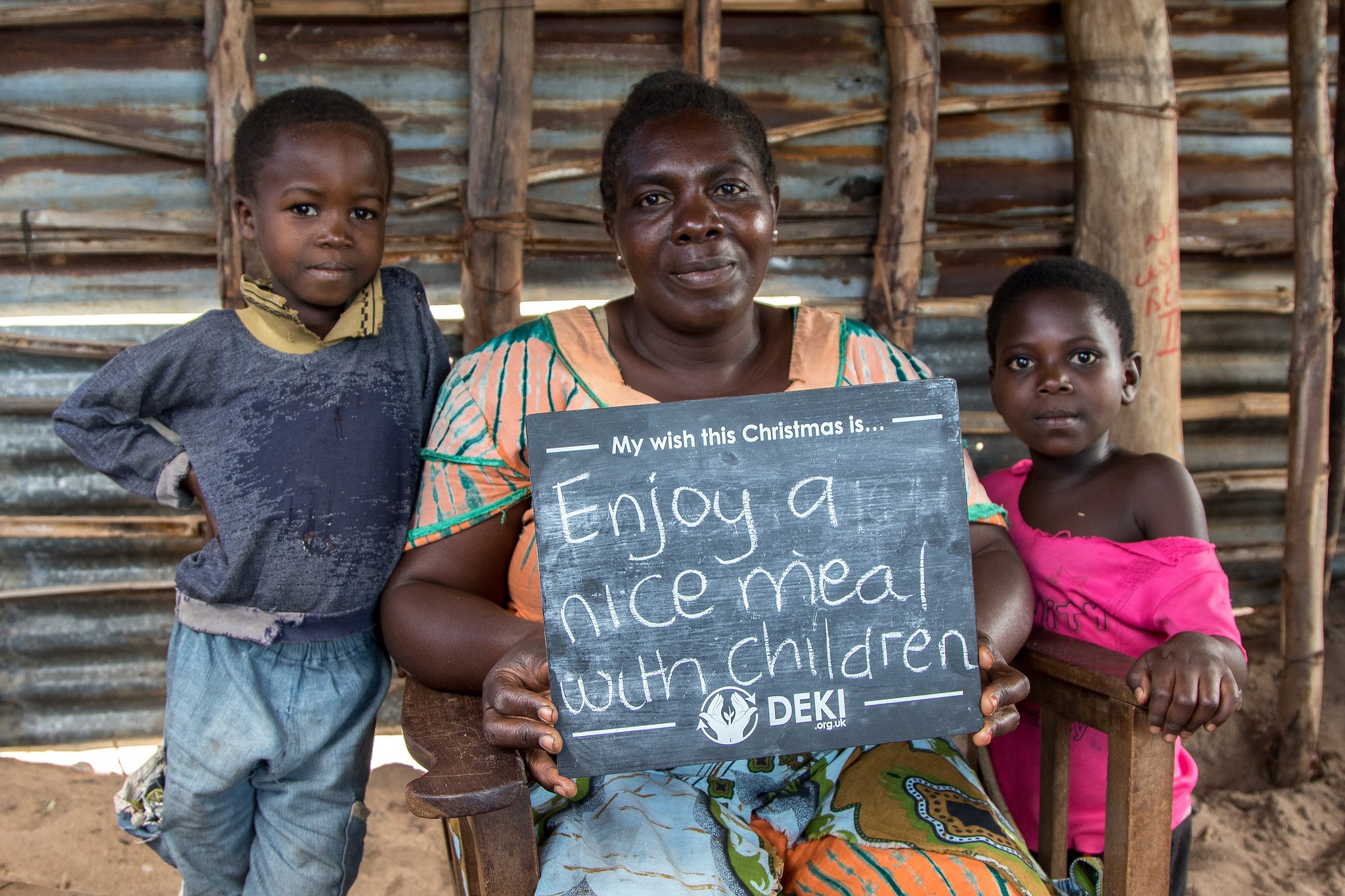 That could be down to something as simple as being female. In many parts of the world, women are not allowed to own property. Yet banks often require collateral for loans, which means women are often excluded because they don’t have access to collateral against which to secure the loans. In fact, 70% of Deki loans go to women who are working hard to support their families and provide better opportunities for their children.

Halima is one such woman. She’s a 24-year-old married mother of three children aged 4, 6 and 8. She and her family fled South Sudan to escape the civil war and now live in exile in Northern Uganda. Her husband has struggled to find work, and although Halima – a skilled craftswoman trained in making fuel-efficient wood-burning clay stoves which are a popular cooking device in East Africa – was working for someone else, the work wasn’t guaranteed. This means she couldn’t afford to enrol her children at the local school, the family lived in a mud house with no electricity and had to share a toilet with their neighbours. 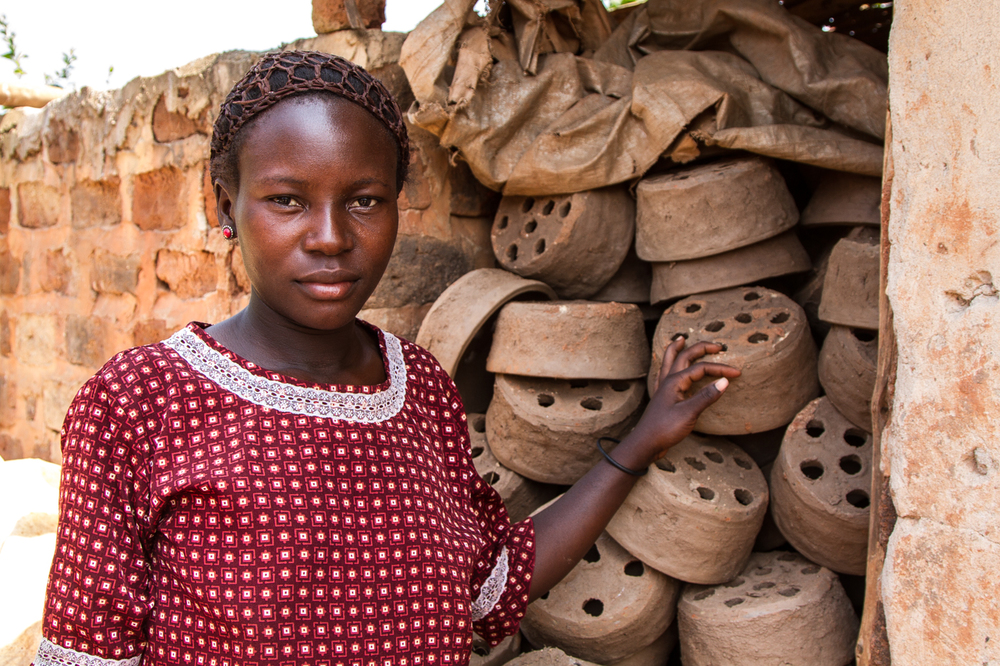 She applied for a loan from Deki of £240 which enabled her to invest in a wheel barrow, a rake and raw clay material, so she could set up her own business and sell directly to her customers. She now employs two people, making up to 500 stoves a week, and has reinvested into another small business, a small store selling essential groceries and which is run by her sister. Since her loan, Halima’s earning potential has tripled. She can now pay for her children’s school fees, has moved to a better house with a tin roof and electricity, and supports other members of the community with employment.

Halima’s experience is one of many inspiring stories on the Deki website. And, in the run-up to Christmas Deki is asking people to consider supporting them and the people they work with by giving someone a gift of a voucher from their site . With vouchers starting at just £10, this would make an ideal stocking filler for children (or even grown-ups), allowing them to choose who they’d like to finance.

To demonstrate how the process works, Deki gave my children a £20 voucher and asked them to decide who they would like to help finance.

I told my two eldest children – Little Miss E, who is almost six, and four-year-old Little Man O – that they could each choose one person and we would split the money equally between them.

I also explained to them that when it comes to charity, emergency donations of food, medical supplies and money are undoubtedly essential for people in times of crisis. However, when it comes to long-term sustainability, a hand-up is far more effective than a hand-out in enabling people to move out of poverty.

Give a man a fish,

and you feed him for a day.

Show him how to catch fish,

and you feed him for a lifetime.

Just like this quote demonstrates, giving someone a fish will solve their immediate hunger. But what happens a few hours later when they’re hungry again? Giving them the skills to catch fish themselves (or in this case, the support to establish their own business) means they can feed themselves, their friends and family indefinitely.

We spent about half an hour reading the stories on the website, with Little Miss E deciding to donate her £10 to Edah Mhango, a mother of three from Malawi, who also cares for her late sister’s two orphaned children. She wants to borrow £280 so that she can invest in the shop she runs. 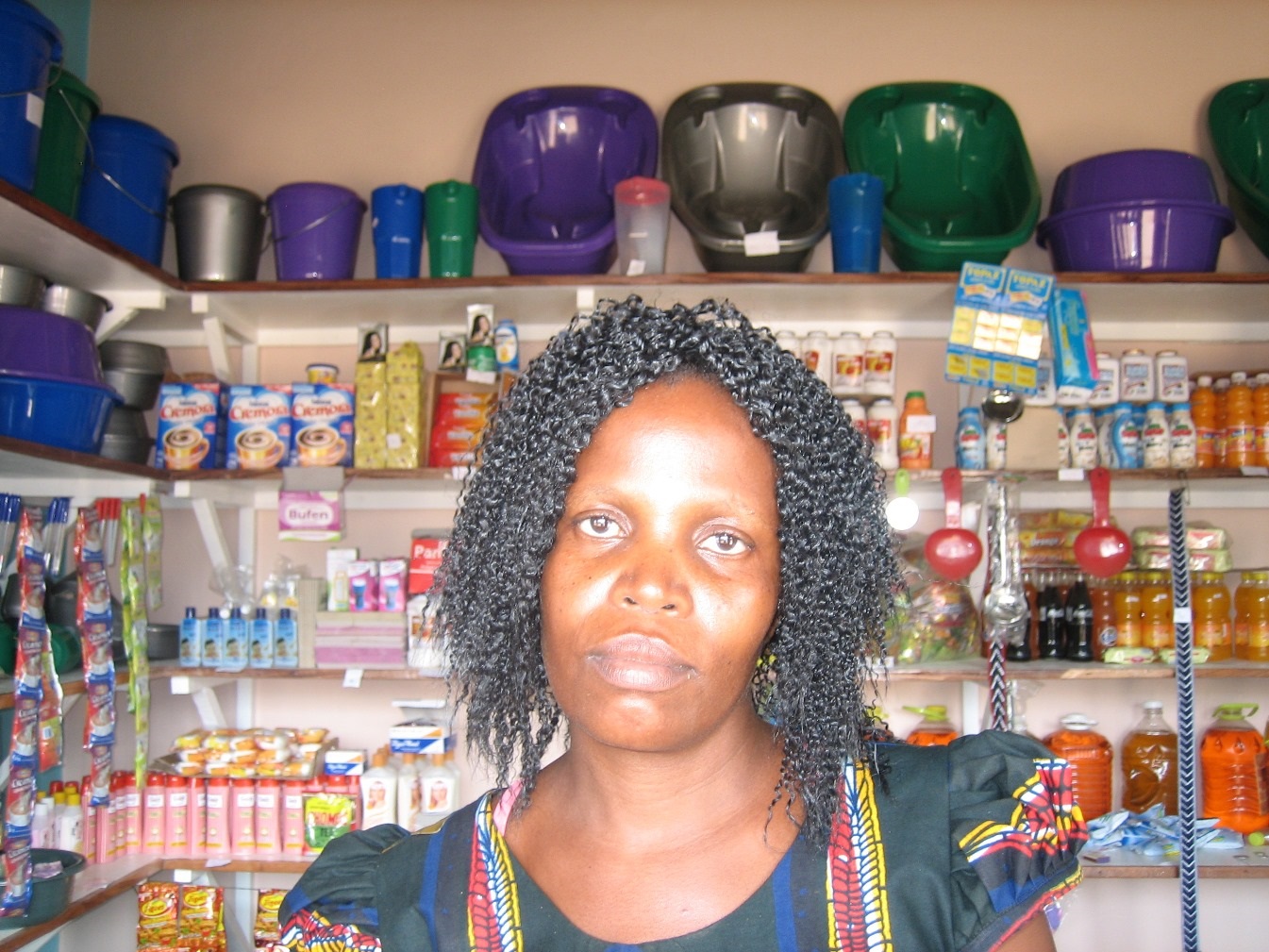 Little Man O gave his donation to Dayang Dery from Ghana, a father of six, who also supports other family members, and who wants to borrow £110 to help him expand his vegetable farm.

The process – setting up an account and making the loan – took just a few minutes and was so simple. 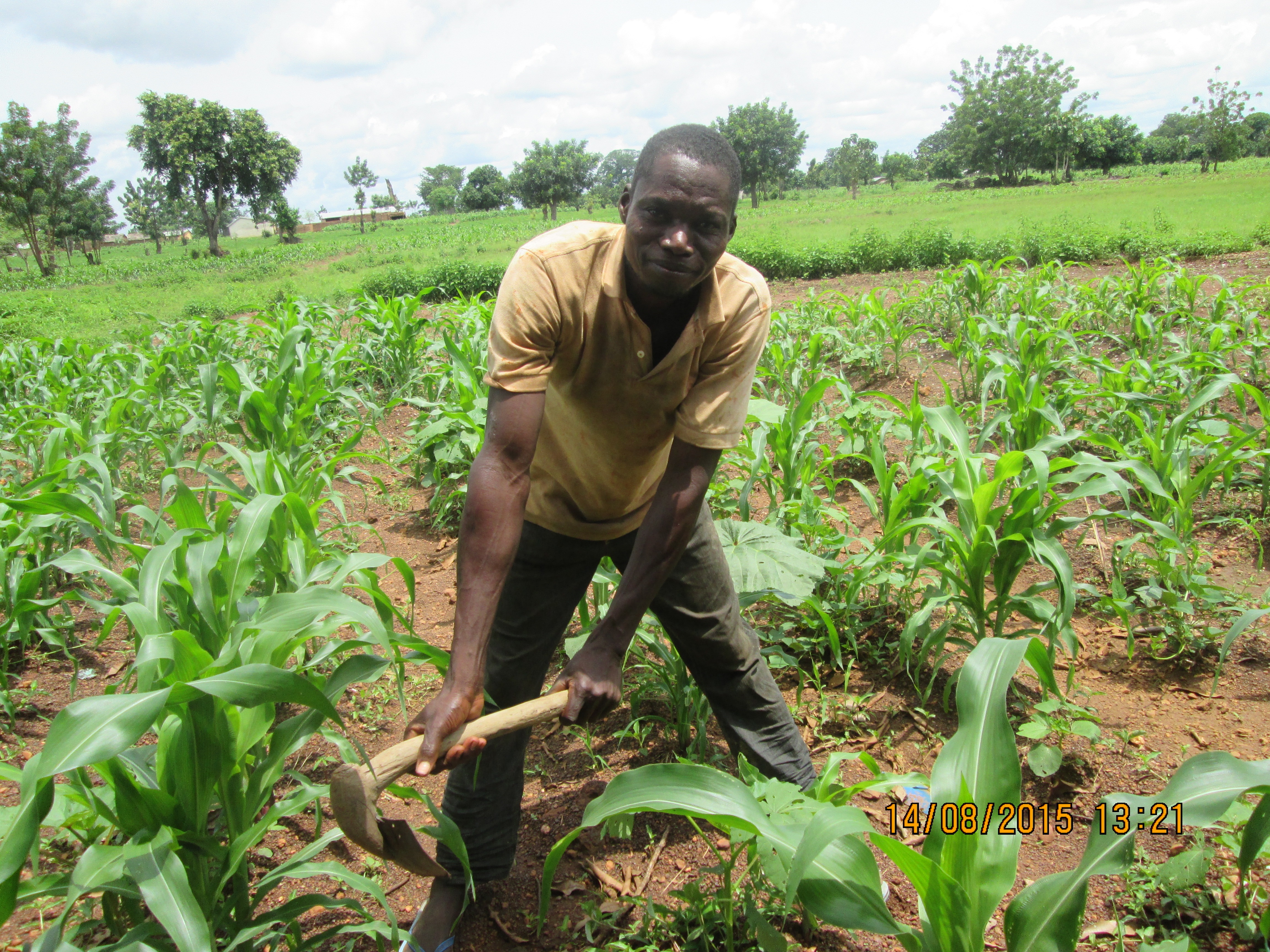 Edah and Dayang’s loans will be crowd-funded by lots of different people, with the website showing how much they have raised and how much they still need. When they are in a position to repay the loan in manageable instalments, our money will be refunded – and we can choose to have our money back or reinvest in someone else’s business.

I love the idea that a small donation could end up helping an infinite number of businesses, and I love the idea of supporting individuals to help themselves work their way out of poverty.

However, I must admit, I was a bit sceptical about the idea of providing people with loans. What if they couldn’t afford to pay it back, I wondered? And is it ethical to charge interest on loans to people living in such hardship?

Speaking to Deki reassured me a lot. Deki itself doesn’t charge for its loans (its work is funded in other ways), but its field partners, who work directly with the entrepreneurs, do. This is to cover the cost of business advice and planning, and other financial services such as savings, money transfers and insurance, given to lenders so that they can grow their businesses. It also accounts for the fact that a lot of Deki’s clients live in hard-to-reach rural areas. As ethical businesses, maximising profit is not the main priority of the field partners. Rather, profits are used to cover costs and to invest back into the business so that they can grow and better-serve their clients.

And as this photo very clearly says, entrepreneurs wanted to be treated as business people; not seen as a charity case. 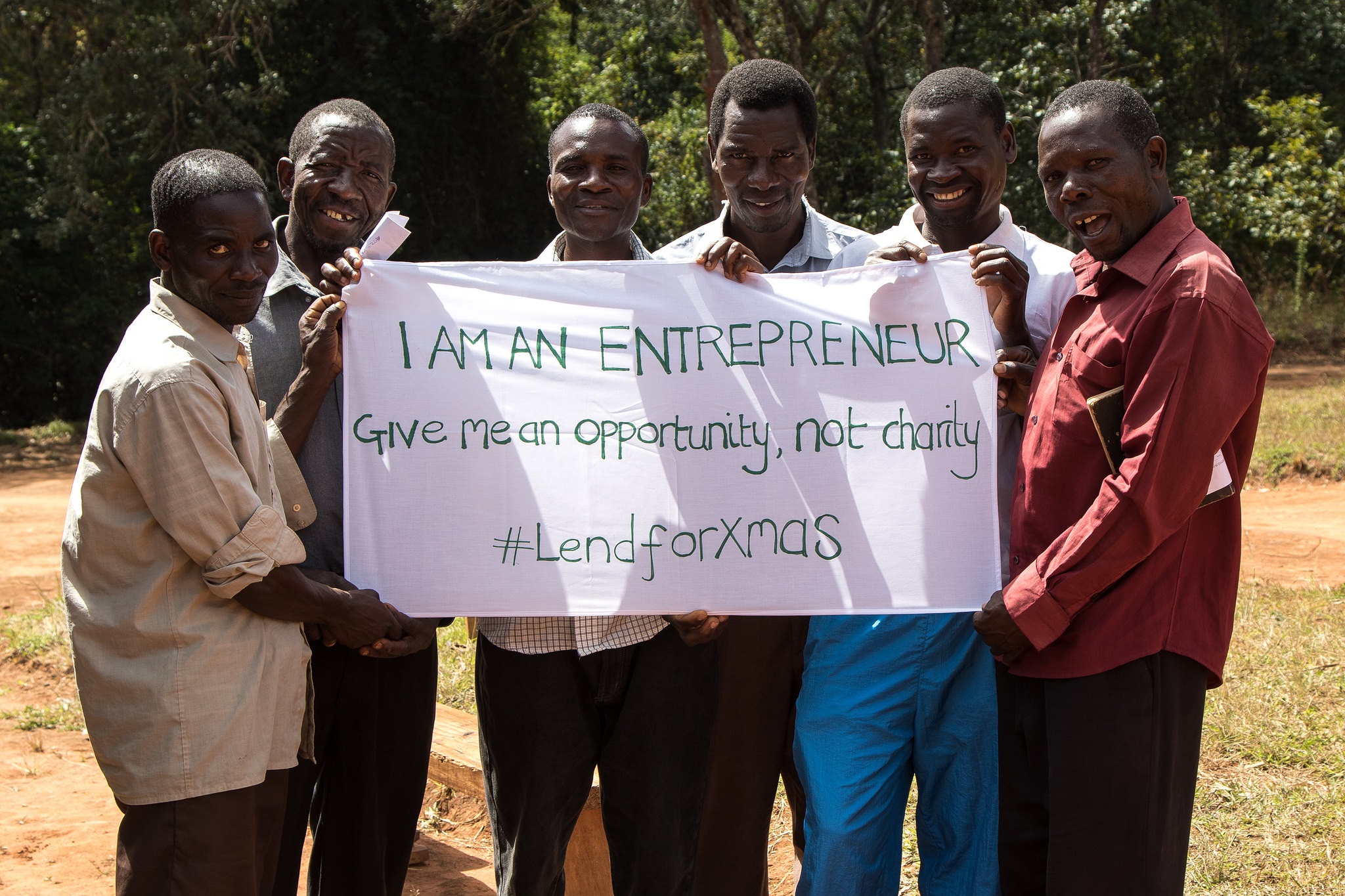 100% of the money you give goes to the entrepreneur, without Deki charging any extra fees. However, they are grateful for additional donations to help them cover their costs, and there’s an option to do this when you check out.

My children are already excited about finding out what happens next to the people they have supported. I’ve told them it might take a while before they hear anything – most loans are repaid within a year. And when we do hear back, we’ll look forward to deciding who to support next.

Are your children supporting any charities or causes in the run-up to Christmas? Do let me know in the comments section below, on the Cardiff Mummy Says Facebook page or by tweeting me on @cardiffmummy