We love the annual ‘junior’ production at Cardiff Open Air Theatre Festival – it’s been one of the highlights of our holidays for the last seven years or so. My children love seeing local children and teenagers perform and I love that as a family we can support one of our local amateur dramatics companies too. The young cast always present such vibrant and fun productions that are a perfect summer treat for families 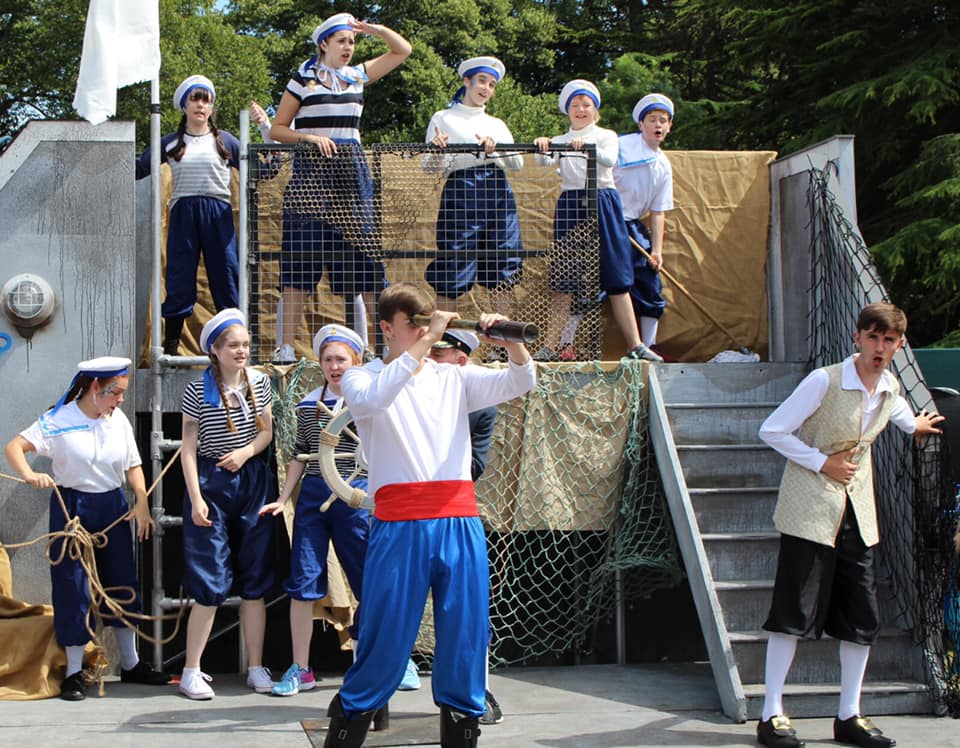 This year’s show is The Little Mermaid Junior, which incidentally we first saw at the Festival back in 2014. The Junior in the title refers to the fact that this is an abridged version of the Disney classic.

The one-hour running time, relaxed atmosphere, and the chance to meet the cast at the end make it perfect for young children and a great introduction to live theatre. And luckily the forecast is good for the week-long run because although the audience are under cover, the stage is open, set against the beautiful backdrop of Cardiff’s Sophia Gardens.

It’s a timely re-staging, marking the 30th anniversary of The Little Mermaid animated film, and comes not long after Disney announced it’s going to be its next live action film remake. 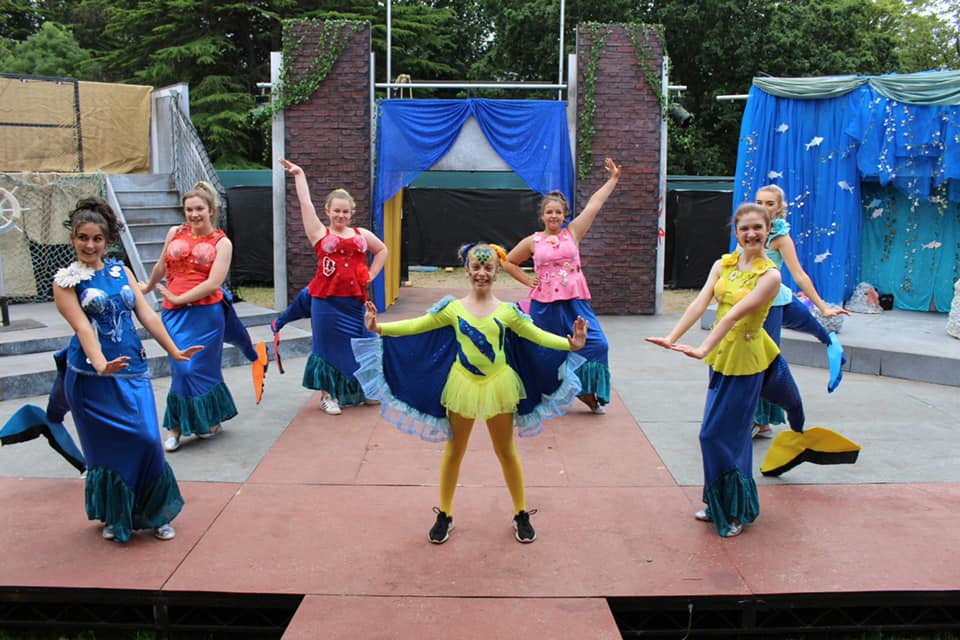 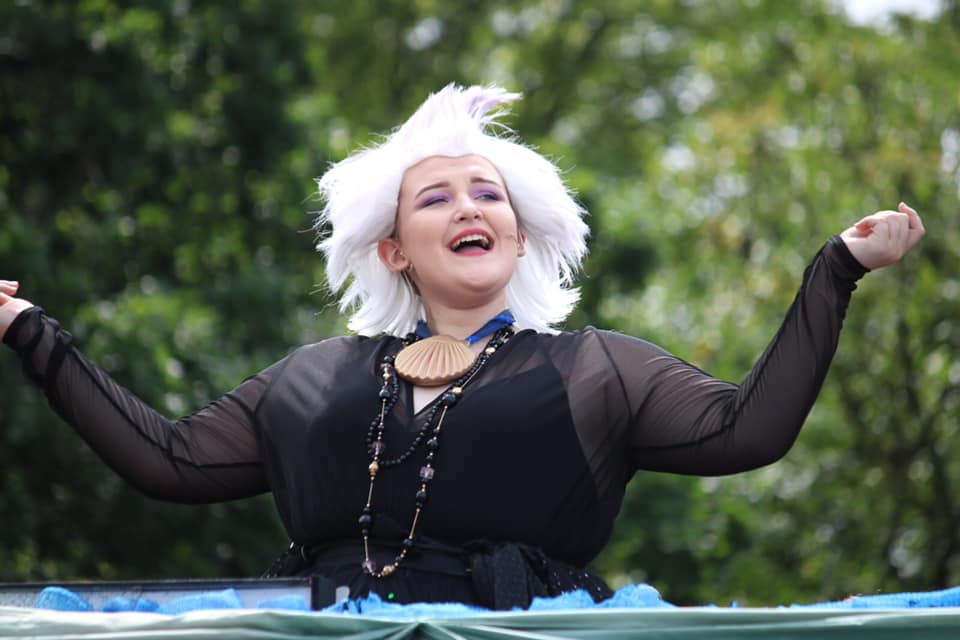 As you would imagine, this staging features all the favourite songs from the much-loved film, with the musical highlight for me being Poor Unfortunate Souls, sung by evil sea witch Ursula, played by a gleefully wicked Angharad Sommerin. We also enjoyed Kiss The Girl and Under The Sea, lead by Jasmine Lillie Muscat as Sebastian the crab; both are bright and colourful numbers where the sea chorus fill the stage with coordinated dance sequences and some great costumes. Cadi Mullane is a charming mermaid Ariel with a stunning voice, in particular her solo Part of Your World, while Yasmin Alayoubi really shines as the charismatic seagull Scuttle. We also loved Poppy Baker-Earle as Ariel’s fishy sidekick Flounder, one of the smallest members of the cast, but with a great stage presence. 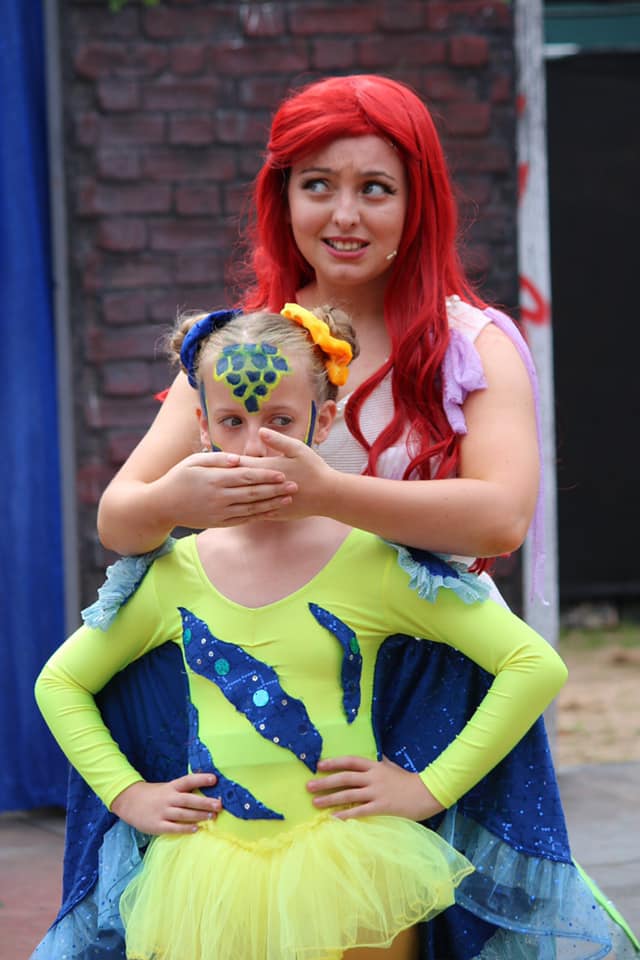 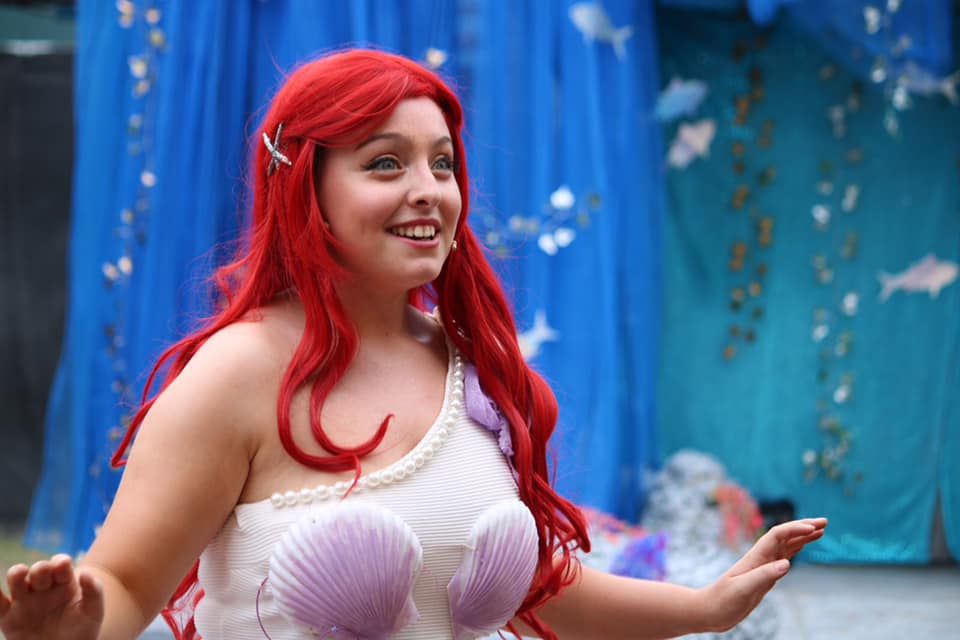 Having seen so many previous family productions at the Festival, we recognised several of the cast from other shows and it’s great to see them grow year on year. We particularly loved talking to Emma Solomons and Shayla Payne after the show, who play Ursula’s sidekicks, Flotsam and Jetsam. They told us they’d alternated the role of Flounder back in the 2014 production. It was so lovely to see them still so involved in the company, and so confident on stage too. Who knows where they’ll be in another five years?!

The show is on until next Saturday with tickets still available for most performances. Do book if you can – it’s a lovely, family-friendly show, performed by a young local cast in a beautiful location.

The Little Mermaid Junior is at Cardiff Open Air Theatre Festival, Sophia Gardens, Cardiff until Saturday 3 August with two performances each day. Tickets cost £10 or £36 for a family of four. See the website for details. 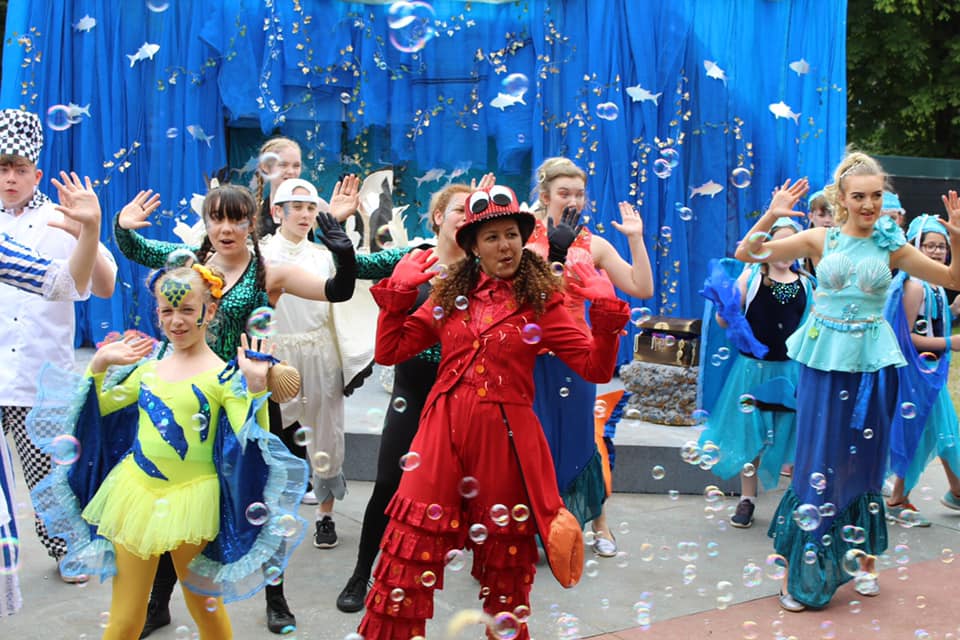