As Mickey and Minnie Mouse skate out onto the giant ice arena that is tonight’s stage, Little Miss E looks at me and whispers, wide-eyed, “I feel like I could cry because this is so exciting”. Such is the magic of Disney that I can only imagine how it feels, aged five, to see the characters and songs you love so much being brought to life in glorious colour and vivid detail right in front of your eyes.

She and her 3.5-year-old brother, Little Man O, sat completely mesmerised by Disney On Ice, on its first night at Cardiff’s Motorpoint Arena. They’ve been to a lot of theatre in their short lives, but nothing as spectacular and lavish as this. “I didn’t know people could ice skate like that,” said Little Man O at the end of the night. He’s only ever seen ice skating on an episode of Peppa Pig so to see familiar characters gliding effortlessly around the stage, skating on one leg, jumping, pirouetting, male dancers lifting female dancers in the air, all while performing some of Disney’s most famous songs, was truly mind-blowing for him. 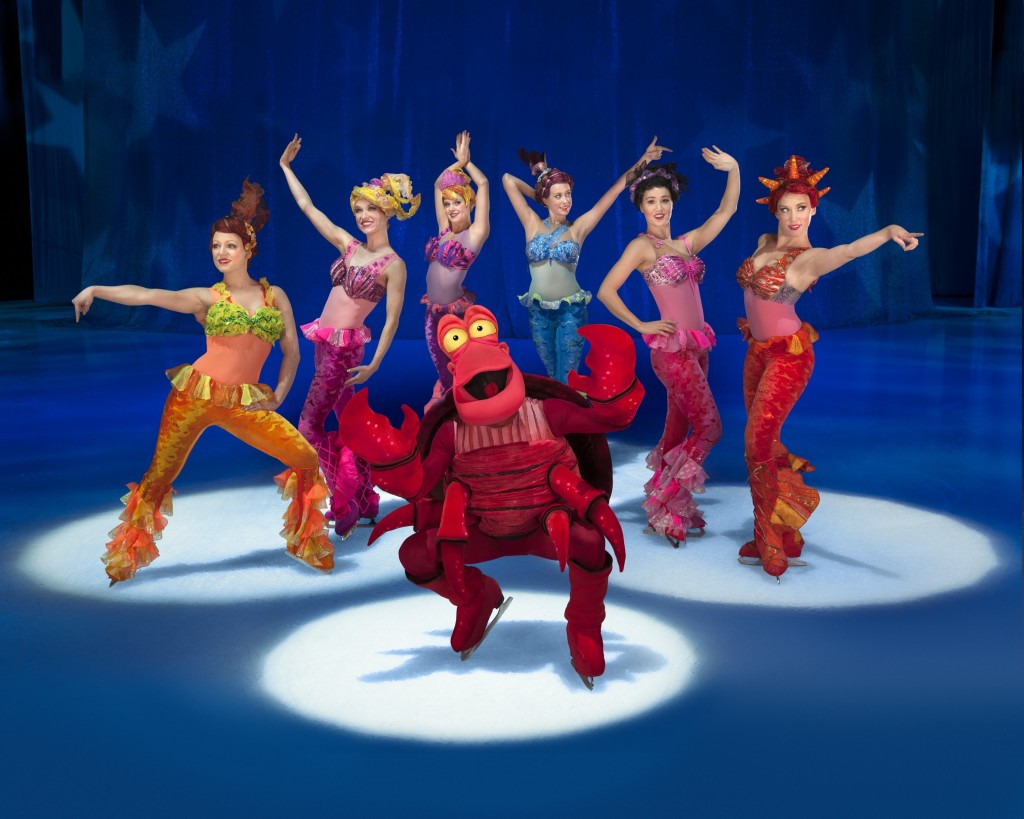 And he certainly wasn’t the only one judging by the audible gasps of awe and amazement echoing around the arena. One of the most ‘wow’ moments for me was when Ariel, The Little Mermaid, got her wish to exchange her fishy tail for human legs and spun around, upside down, holding onto a rope descending from above. It was truly breath-taking stuff.

The Little Mermaid is one of four 20-minute versions of Disney films performed at Disney On Ice, alongside Rapunzel, Beauty and the Beast and Frozen. Mickey, Minnie, Donald and Goofy take to the stage in between, introducing each act and enjoying a couple of smaller dance numbers of their own, accompanied by a troupe of young and energetic skaters.

The Little Mermaid is a delight – the stage is filled with colourful sea creatures gliding around while Sebastian, Ariel’s crabby sidekick, sings his famous number Under The Sea. I loved the recreation of Ursula, the evil sea witch – delightfully menacing. 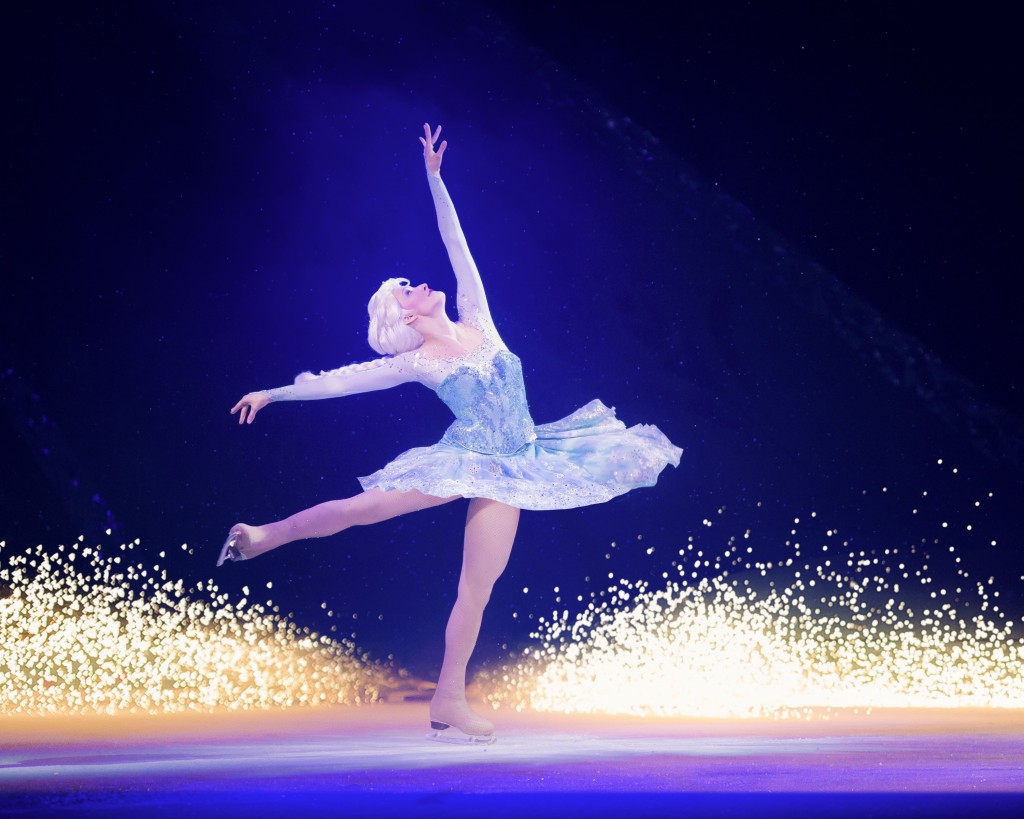 Rapunzel is one of Little Miss E’s favourites, so she was delighted to see the long-locked princess taking to the stage. Particularly impressive was Maximus, the ice-skating horse. I can’t even begin to imagine how much practice and coordination these dancers needed to move him effortlessly around the rink.

The duets between Beauty and her Beast were full of passion and drama, and the supporting cast of Cogsworth, Mrs Pots and Chip looked like they had jumped straight out of the film.

But it was – no surprises – Frozen that got the biggest cheer of the night, in particular for Olaf, the snowman who gave a wonderful rendition of his song In Summer, accompanied by a stage-full of dancers. There were so many little girls in the audience dressed in Elsa dresses, and you could sense the sheer emotion when Elsa herself took to the stage and sang Let It Go, accompanied by a word-perfect audience. My children spent half the car journey home debating whether it was the real Elsa or not. 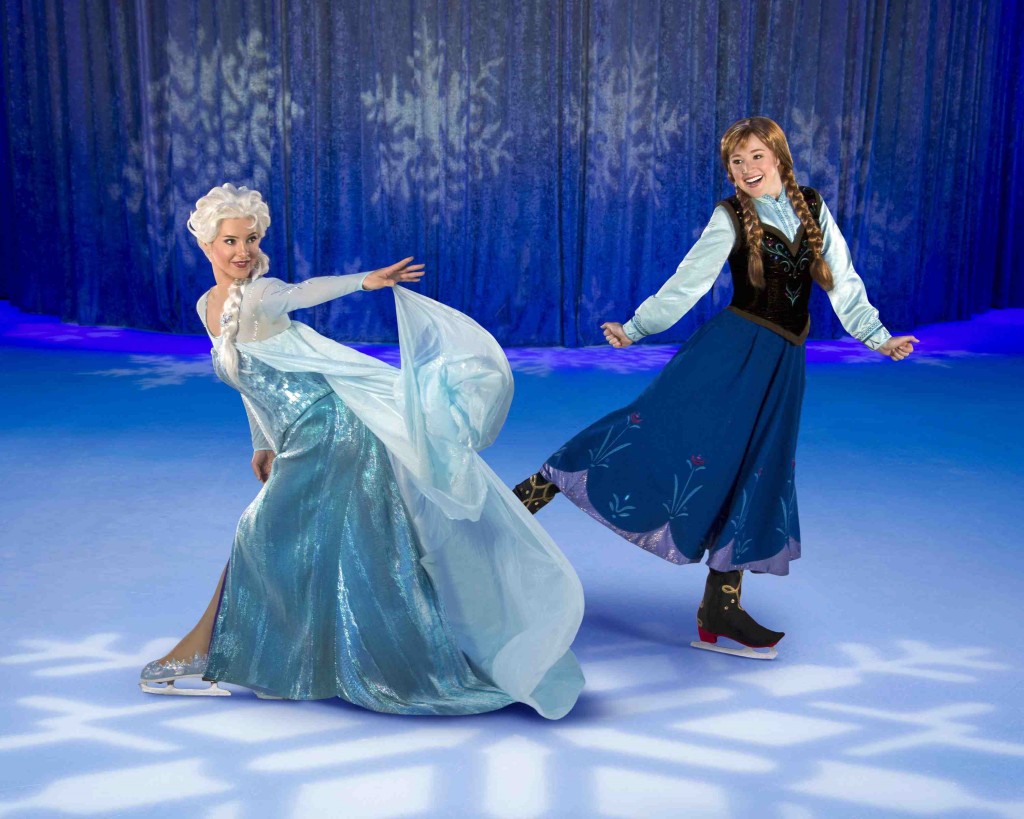 The one downside for us was that our seats weren’t great. I hope this doesn’t make me sound ungrateful – because I’m very grateful we were invited along to see the show – but in 15 years of professional theatre and performance reviewing, I have never had such bad seats. In fact, most venues make a point of giving critics decent seats so they can see what they are supposed to be reviewing and write about it from a good vantage point. We were tucked away in the top corner next to the big curtains that closed off the seating area. There was a curved curtained area at the front of the stage that blocked our view even more. It definitely affected our enjoyment of tonight’s show and there were quite a few moments we couldn’t see at all. If I’d paid for these seats, I would have been really upset. I couldn’t see anything on the website stating these tickets were restricted view, so if you are buying tickets, just beware! 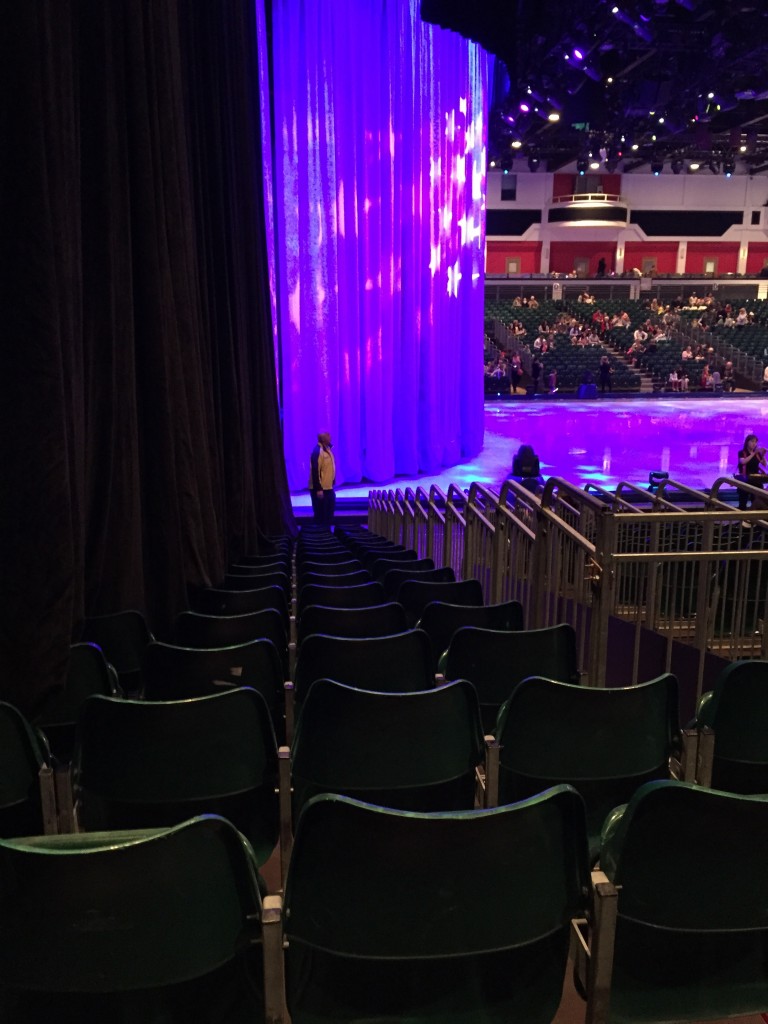 Disney On Ice Magical Ice Festival is at Cardiff Motorpoint Arena until Sunday 3rd May. For more information, visit www.disneyonice.co.uk.

It will then beat Capital FM Arena, Nottingham, 7th-10th May and First Direct Arena, Leeds, 13th-17th May.

Have you been to see Disney On Ice Magical Ice Festival? I’d love to know what you thought. Let me know below, join in the chat on the Cardiff Mummy Says Facebook page, or tweet me on @cardiffmummy